Let that front door close behind you

Stephen Reid first started parkrunning at Malahide in 2014. Here are his reasons for getting out of the door on Saturday morning.

I wanted to get fitter as I was trying to last an hour at 5-a-side football. I registered me and my son Connor on a Friday evening, and we headed down the next morning without ever having seen a parkrun event in action or really knowing what to expect (and a slight feeling of trepidation!)

What we didn’t expect was such a large group of people! People warming up and chatting, an organised pre-event briefing and well organised finish area, with Marshals, spectators and some of the faster finishers shouting encouragement as you came into the finish line.

We took it quite easy that day aiming for about 30 mins, and after we’d been scanned and headed home we got on with the rest of our day. I didn’t think about it for a couple of hours until the email with results came through that afternoon.

I’d certainly enjoyed the experience and wanted to do that again. I went back the next week but with a bit more effort, and I was rewarded with a PB -

I’d definitely got that “parkrun bug”.

After moving house to Swords in 2017, we discovered there was a run in River Valley which was much closer to us. We then became regulars there, even if it has a proper hill that you have to run up twice!

We soon saw what a real community event River Valley parkrun is, with a number of families and extended families who regularly walk, jog, run and volunteer.

I was delighted to get my 100 shirt last year, but I think what I’m most proud of was getting my purple volunteer top. It seems like a long time ago as I’m nearing 100 volunteer days now, partly due to being in the core team and those pesky niggly injuries.

It’s always rewarding to get down on a Saturday morning and meet up with our parkrun family, many of whom are now friends. Both my kids are also seasoned volunteers and have their purple shirts as well.

There have been lots of laughs along the way. One parkrun, I swerved out on the grass to overtake and my right running shoe was sucked off by the mud! I had to hop back about 5m, through a crowd of parkrunners who were coming up from behind, and pull the shoe free. I poured the muddy water out and tried to put it back on and then catch up while squelching all the way!

It doesn’t matter what end of the fitness and pace scale you are at, go at whatever pace you are comfortable with.

You are out getting fresh air, exercising and clearing your head.

Get out and let that front door close behind you on a Saturday morning. But don’t forget your barcode! 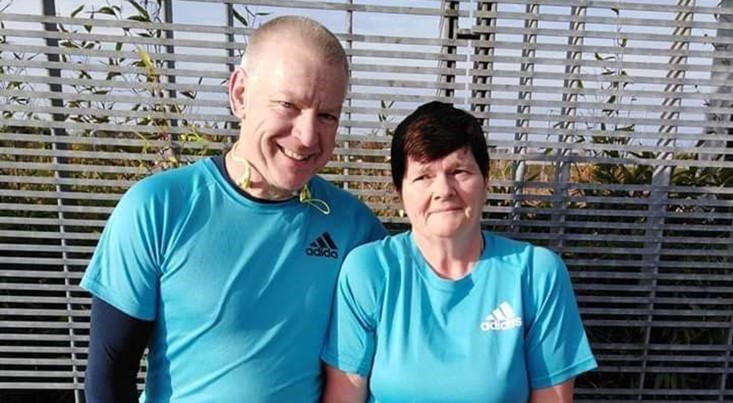 Name: John & Liz O’Dwyer Age: 52 & 53 Occupation: Airport Security & Housewife Local parkrun: Father Collins Number of parkruns completed:  51 & 57   How did you get involved in parkrun? I’ve been doing them on and off for years since Malahide Parkrun started and did a few in St Anne’s. I got…

Author and running coach Mary Jenning shares her advice on remembering the basics when you’re embarking on your parkrun Resolutions.   Armed with your new year motivation, I bet many of you have made a parkrun resolution to walk or run a little bit more (or a little bit faster?). But before you rush out…