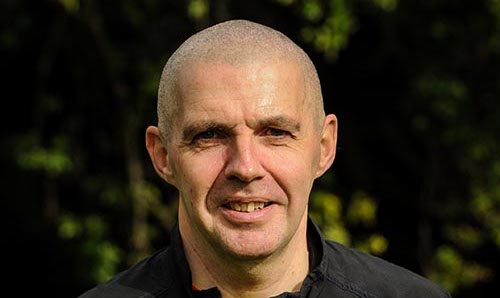 How did you get involved in parkrun?

I did my first parkrun  in 2012 when the first parkrun in the Republic of Ireland started in Malahide. It became a habit on a Saturday morning at 9.30am and then I switched my home parkrun to Raheny because I live beside St Anne’s Park, when the parkrun started there in September 2013.

What do you love about parkrun?

I love the fact that a lot of people can start their weekend positively with a 5km run, jog or walk. A lot of the early finishers do a cool down and run back down the avenue in St Anne’s encouraging those that are completing their parkruns.

Who do you participate with?

A lot of my club mates from Raheny Shamrock AC would do the parkrun every week so I usually run with a couple of them. I have a had a few niggles the past year so my times have been more modest in 2019-2020.

I did my 250th parkrun in St Anne’s on the 5th Birthday in 2018. The Lord Mayor was in attendance and he gave me a nice plaque to mark the milestone which is a very nice memento of the day.

How has parkrun impacted positively on your family outside of 9:30am on a Saturday?

One of the best things about parkrun is that people who I would otherwise would have never met have become good friends of mine. At St Anne’s the post-parkrun coffee in Olives after with a scone or cake is part of the Saturday morning ritual.

Do you have a health or fitness goal?

Just to stay fit and healthy and keep doing the parkruns for as long as I can. I would also hope to run a couple more Dublin Marathons before I hang up my running shoes.

Who is your dream parkrun running buddy?

If I was looking to have a few laughs and a bit of craic for the 2 laps of St Anne’s, it would have to be Caroline Farrelly & Mary Lynch.

What was your best parkrun experience?

The week before my 250th parkrun in St Anne’s , September 2018. It was the day of the Dublin race series half marathon in the Phoenix Park so most of my clubmates were elsewhere. For the 1st and only time I ran a sub 21 5K for my PB of 20.42. A real standout moment for myself.

What was the funniest parkrun moment?

One of the parkrun directors (I won’t mention their name!) is a real stickler for punctual timing and for people paying attention to the parkrun briefing. One Saturday they insisted on a punctual start at 9.30am which caught quite a few people and there were a few laughs afterwards about it!

What advice would you give to someone who’s never been to parkrun?

Get your runners laced up, get out the door and give it a go. After the first one you’ll keep coming back. I have been doing them for the last eight years. It’s a great way to start the weekend and you will get to meet loads of fellow parkrunners who love their Saturday fix.

One other parkun memory, if I may. In 2016, the Christmas parkrun fell on Christmas Eve. After the run we all went back to Olive’s for coffee as usual. Out of the blue , Sean Hession started singing ‘Santa Claus Is Coming To Town’ and after a few moments, everyone in Olives joined in singing. A standout memory for sure.

Jim Clinton is a devoted parkrunner. He was the first parkrunner on the island of Ireland to achieve the 250 milestone and is well known for his love of parkrun. Here ‘parkrun Jim’ tells us about his heart warming parkrun experiences so far.   My first parkrun was back in January 2011 at one of…

With the reopening of 12 events in Tasmania last Saturday, we saw over 5,000 different people walk, jog, run, or volunteer across 45 parkrun events worldwide. Although this represents only 2% of events, 5,000 participants is a significant milestone that took us five-and-a-half years to achieve the first time around.   Sadly, due to increased…