Jim Clinton is a devoted parkrunner. He was the first parkrunner on the island of Ireland to achieve the 250 milestone and is well known for his love of parkrun. Here ‘parkrun Jim’ tells us about his heart warming parkrun experiences so far.

My first parkrun was back in January 2011 at one of the earliest parkrun events in Northern Ireland, Waterworks parkrun in Belfast. I have completed 471 parkruns in total and was the first person on the island of Ireland to reach the 250 milestone. I was hoping to reach my 500 milestone in October 2020 but that date will have to go back a bit now.

Before I started parkrunning I had no sporting background. When I hit 49 yrs I thought I needed to get more active because I was gaining some weight. I started walking on a treadmill for 15 minutes at a time and built up from there. A friend from work, Gerard McNamara, who I’d been doing some runs with told me about parkrun.

Around 6 months after starting my treadmill walking exercise, I tried my first parkrun. I remember feeling nervous that Saturday morning. Once I had completed my first few I saw the benefits of it and since then I’ve only missed one or two Saturdays in all that time.

Initially, I saw parkrun as a race, to improve my times week on week. I soon realised it was more about the volunteering, involving and encouraging others to join in and also the social side of the event and chat at the end. Within the first year I started to encourage family members and work colleagues to join me. I now love encouraging other people to come along and I run with anyone who wants some company to help them round. It is not about my times any more.

I have around 100 barcodes all belonging to people I have introduced to parkrun. I print their barcode for them, give them 5 copies and keep one myself so that if they turn up to the event without their barcode I have one ready! There is not one person I know who has tried parkrun and not come back for more. It is a wonderful set up. The volunteers make everyone feel comfortable. A simple concept that can be enjoyed by so many.

There is really not a day that passes now that I do not mention parkrun. That is how much it means to me. There have been 2 or 3 times when we’ve booked a 2 week family holiday, which tend to start on Saturday and end on a Friday and I have flown home on the middle Friday and back again after parkrun on the Saturday! Now we have switched to 6 day holidays which we call a ‘parkrun holiday’ as it lasts from Saturday to Friday so as not to miss a Saturday morning at parkrun! Or we pick our holiday destinations specifically because there is a parkrun there!

Even on my daughter’s wedding weekend I managed to include Navan parkrun before the wedding day got going. 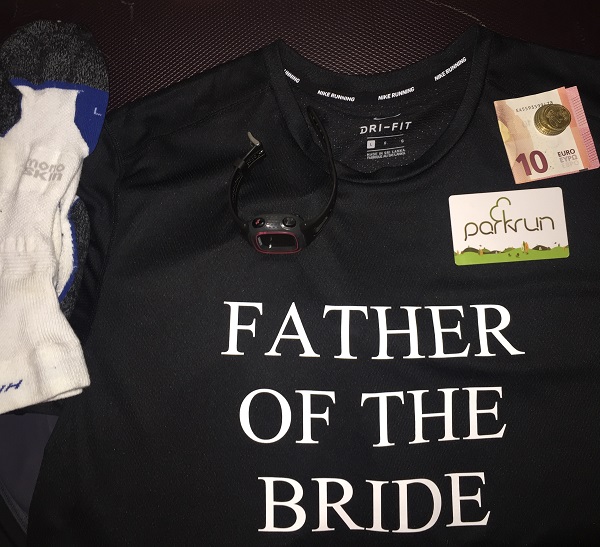 I am well known for my parkrun tattoos. They started out as a joke, I had no other tattoos before them. I decided to get one to celebrate my 100th milestone in early 2013. The second was to celebrate the 250th parkrun and was in early 2016.

We were out running the other day and came across some people who gave way for us to pass. As we went past and thanked them one saw my tattoos and said, “There’s parkrun Jim!” We have had a lot of fun and laughs because of the tattoos.

I have met many great friends through parkrun, whom I would not have had chance to meet otherwise for which I’m very grateful. I have a great rivalry with Colin Haddock who is in the 70+ age category. We are always neck and neck on our imaginary leader board. We not only meet at parkrun but also at 10ks, half marathons and marathons too. We have great fun with our little head to heads!

I was contacted by a number of fellow parkrunners at the start of lockdown worried about how it might affect me. I was really touched by their concern. I have kept up my running over this time, occasionally running with others once we were able to do that. 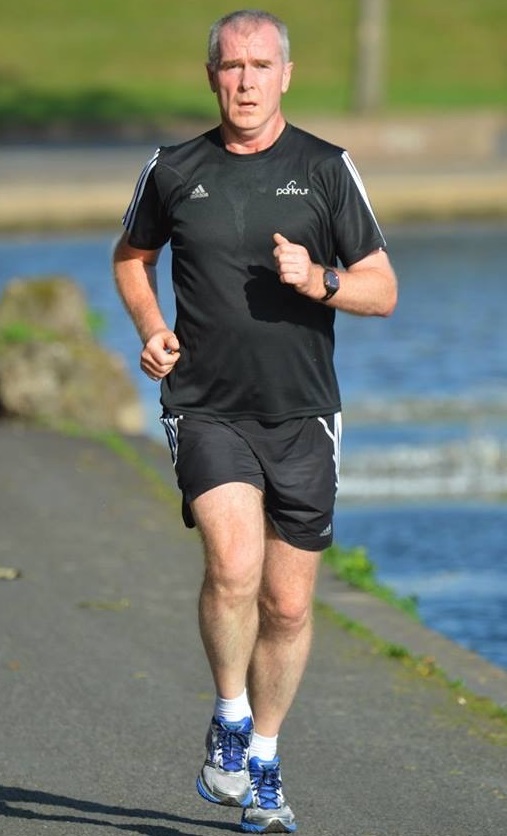 I am quietly hoping that parkrun will start back this year but the main point is that the events start when it is safe to do so.

Name: Aisling Fitzpatrick Age: 49 Occupation: Program Manager Local parkrun: Ballincollig Number of parkruns completed: 78   How did you first get involved in parkrun? Just by word of mouth!   How have you been completing your (not)parkruns? Yes, I have!   How has (not)parkrun helped you over the past few months? It has provided…