Anna Stafford started running during lockdown. Here, Anna very honestly describes her experience of starting from zero and steadily working up to running. She’s looking forward to getting to her local New Ross parkrun when events reopen.

A friend of mine let me know she had downloaded the couch to 5k app and was embarking on her running journey. In the past, I have always been reluctant to try running because I’ve thought of runners as being a bit obsessive!

This time however, I felt differently. I had been to Spain trailing the Camino de Santiago where I was walking around 30k a day. So, I knew I could walk a half marathon and part of me wanted to prove to myself that I could run a half marathon.

Due to the COVID-19 restrictions I was working from home. I was still walking a lot and had more time available as I wasn’t commuting but I was thankfully still working so didn’t have that worry. It felt like the timing was perfect.

With a clear head and an optimistic attitude I searched up the couch to 5k app, downloaded it and made a start. 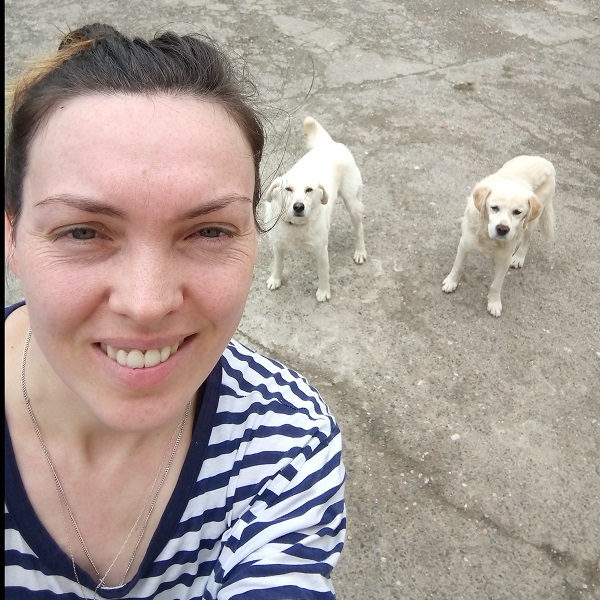 The programme begins with intervals of running and walking that gradually build your stamina. The first few days were tough. I ran around a local field which was a bit bumpy and I had to be careful not to twist an ankle. My breathing was stuffy and I felt heavy and slow.

Over the following weeks, the intervals of running grew longer until I reached 10 minutes, 15 minutes and so on. I was starting to feel more productive. Sometimes during my run, I would think about how to solve other problems. These were little achievements but no matter, I continued. It probably took me a month to progress to running 5k with no walking breaks. I found over this time the main thing was to not stress myself out. I just needed to go at my own pace and relax my breath, speed wasn’t the priority.

Starting the training programme caused a positive a chain reaction around me. Initially it was just the dogs and I out running and walking. The dogs seemed to love the routine and getting their exercise with me. Then my brother and a few others started doing laps of the field! 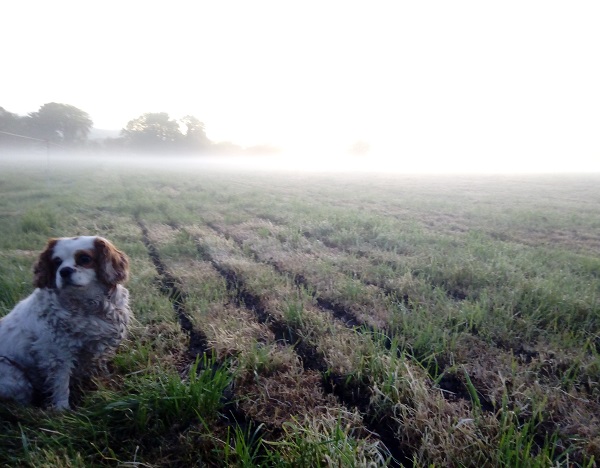 We all found the exercise hugely beneficial, the unpredictable weather being the only slight downside!

It was the perfect time to incorporate running into my life. Some days I find it almost addictive and I look forward to waking up and stepping outside. Other days it is a constant struggle, getting a stitch or feeling a little niggle in my ankle or knee. Each run is different. It has definitely stretched me outside my comfort zone, into an area that I was once so reluctant to explore.

As time went by and the grass in the field grew longer I changed where I ran. I found the change of scenery really helped me, running in different locations and environments keeps it interesting. I’m from the sunny south east, Wexford county. Wexford has an assortment of beaches, I love to run on the beach, but we also have old monasteries nearby like Saint Mullins in Carlow and Tintern Abbey. There are plenty of walking trails and cycle tracks, which are a good option as running routes. 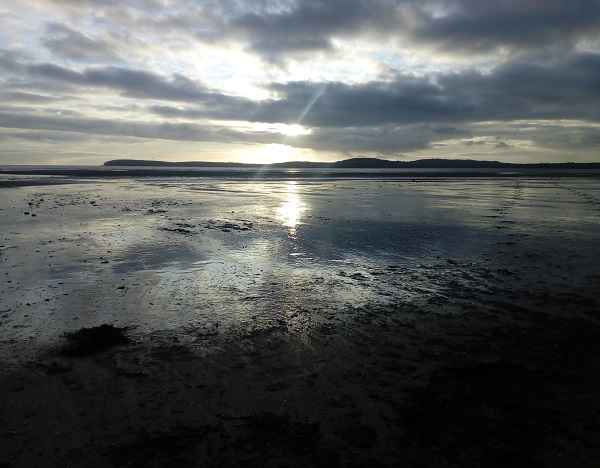 Once I had reached the 5k milestone I searched around for my next goal and found a local half marathon in Kilkenny that was still taking entries and would give me 12 weeks to train. I signed up and found myself a couch to 21k training app. I was lucky as a friend also signed up with me.

Our training plan had us running 3 times a week with a long run on one of the days and interval training on another to help build some speed. The training plan also specified taking rest days and days dedicated to stretching. I found the stretching days enjoyable as I practice yoga and it gives you a little break. I did find my appetite was immense and on other days I felt very fatigued. It was all part of the process of my body adapting to the training.

Once I started commuting to work again I noticed I was struggling to find the time for the half marathon training. I was motivated to keep going by the thought of taking part in a big running event. Then, I got the email stating that the half marathon was having to become a virtual event. What a disappointment!

My friend who had signed up to do the race with me wasn’t interested in running the virtual event and knowing I was missing out on all the hype of a big race day left me feeling quite disheartened. I started skipping the shorter training runs here and there. I still made sure I did my long run once a week. I knew if I skipped those that all hope was lost.

On my long run training days my pace could be very slow because I knew I needed to endure 2 or more hours of running. I was finding I was getting quite stressed in the build up to my long training runs, but once running I tried to remain calm. Some days I’d have to trick myself to get through the run. My brain is good at finding all sorts of reasons to give up which I had to ignore! Knowing you’re going out to run for over 2 hours can be daunting and I have to insist my brain stops thinking and just focuses on the ground sometimes.

Although sometimes the training can be tough, this is all overridden by the upsides of running. I have noticed so many benefits. I have effortlessly lost weight and feel stronger. Incorporating yoga into my training plan has made a huge difference also. I don’t get pains in my wrists or lower back now. I’ve discovered incredible new places to run and I love the time being outdoors. There really are no downsides!

I managed to keep my motivation and training going and on September 10th, I completed my half marathon challenge on the Graiguenamanagh to Goresbridge river trail which is a lovely peaceful and scenic track. I ran most of it and was surprised as usually I would have to walk a bit over that distance. It does feel great to have been able to cover such a distance. I am really happy with the progression I have made with my running.

I have proved to myself that I am capable, which is hugely empowering. I have also overcome my negative view of runners. I feel I understand them better now that I am one of them! I’m expecting my running motivation to drop off during the winter and I’ll probably hibernate but I’m hoping when spring returns so will my enthusiasm for running.

I know there are other local runs happening in October so I will consider training into autumn. There is a local lady who is raising money for the oncology department in Wexford hospital. I would like to take part in this race which will also be virtual. I’m sure there’ll always be local fundraisers to take part in. I have registered interest at parkrun and look forward to being able to take part once the events are active again. My local parkrun is New Ross.

I would say to anyone considering starting running to pursue it on your own terms. My brother couldn’t understand why I needed an app and training plan to start running 5k. He said, “Just go out and run.” But, I wanted to build my stamina and endurance at a realistic pace and not find it so tough that I’d give up or get injured. I think I would have given up his way. Be open to suggestions, ask people for advice and look for varied run routes to keep things interesting.

Name: Aisling Fitzpatrick Age: 49 Occupation: Program Manager Local parkrun: Ballincollig Number of parkruns completed: 78   How did you first get involved in parkrun? Just by word of mouth!   How have you been completing your (not)parkruns? Yes, I have!   How has (not)parkrun helped you over the past few months? It has provided…