You hear these words bandied about in social media but what does it really mean?

For many of us, running makes a positive impact to our lives. We create goals that make us happy and meet new friends that keep us going strong in our fitness journey. But for some, running quite literally is the reason they survive a medical crisis.

It was the 2nd of February 2019, the week when the world celebrated Chinese New Year. Kher Hwa Ling, 54 years old, an IT professional of Malaysian background, attended parkrun with his friends. Their Whatsapp group is called ‘Healthy Living’ as a means to motivate and inspire one another. It was a grey and drizzly morning when Kher lined up with 482 other parkrunners. It was to be his 80th parkrun. He and his wife Cheng Kin Lim wore red shirts that day to attract good luck and good fortune in the new year.

Kher started running after the run director yelled “3-2-1-let’s parkrun”. At 1km, he suddenly felt an uncommon tightness in his chest. Kher thought that perhaps he was having a bout of indigestion or a case of reflux. He decided to try to reach the turnaround point and hoped that he will feel better by then. He walked the remaining 4km. Kher, who is a 28-minute runner, finished with a time of 51 minutes. At the finish line, his friends waited for him to celebrate a Club 50 milestone. Kher joined in the fun, posed for some photos and amazingly managed a group jump shot. 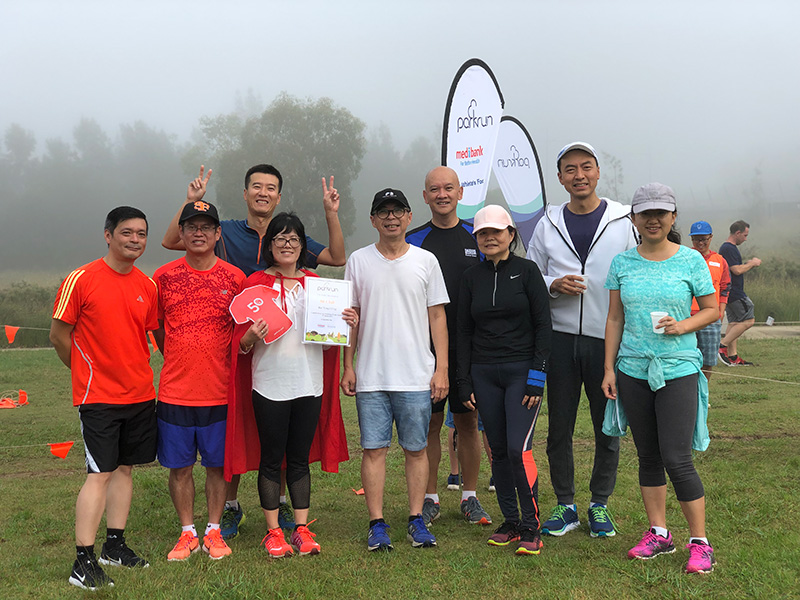 After parkrun, the main event of coffee and breakfast at a local cafe ensued. At this point, Kher’s discomfort remained but did not increase. Kher and Cheng went grocery shopping after breakfast. Upon reaching home, Kher experienced shortness of breath. It was at this point that he made the decision to see a doctor. Kher’s doctor called an ambulance so that he can be attended to immediately at the hospital’s Emergency Room. For the next hour or two, Kher had a battery of tests done. As it tuned out, his blood troponin levels were extremely high indicating that he was indeed having a heart attack. One of his arteries was blocked so that there was a low supply of blood pumping into his heart.

“Your runner’s heart saved your life!” According to his doctor, Kher’s heart was able to withstand the reduced supply of blood caused by the artery blockage. His heart was made strong with his weekly 5K at parkrun.

Kher required three stents and had a successful surgery. After recuperating for a month, Kher came back to parkrun very keen to join his wife and friends. He missed his mates and missed the post-run coffee even more. Healthy Living members were celebrating Club 50 milestones in succession. He finished his 81st parkrun in an amazing time of 42 minutes, post-surgery. Perhaps wearing red contributed to his good fortune, but Kher is convinced that attending parkrun regularly made his heart strong. Undoubtedly, his Healthy Living friends are happier and healthier. He now strongly advocates parkrun as the best medicine since laughter. And like laughter, parkrun is entirely free! 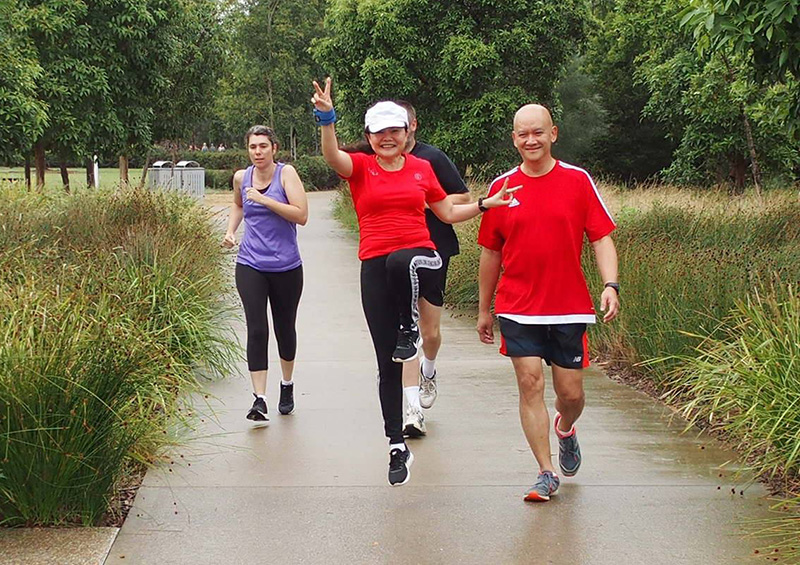