This week we chat with Mark Phillips, originally from Northern Ireland, who has recently completed his 50th parkrun at Taman Pudu Ulu, Malaysia. We learn what parkrun means to him and how his life has not always been a smooth path….

“When I was 24, I was living in England and diagnosed with Acute Myeloid Leukaemia. It was a huge shock. I had to move back home to my family and spent 7 months in hospital having chemotherapy. I didn’t know it at the time, but my parents were told I had a 50/50 chance of getting through.”

Mark’s positive outlook on life has helped him get through the difficult times. “I generally love life. I appreciate every day and live a completely normal life.” 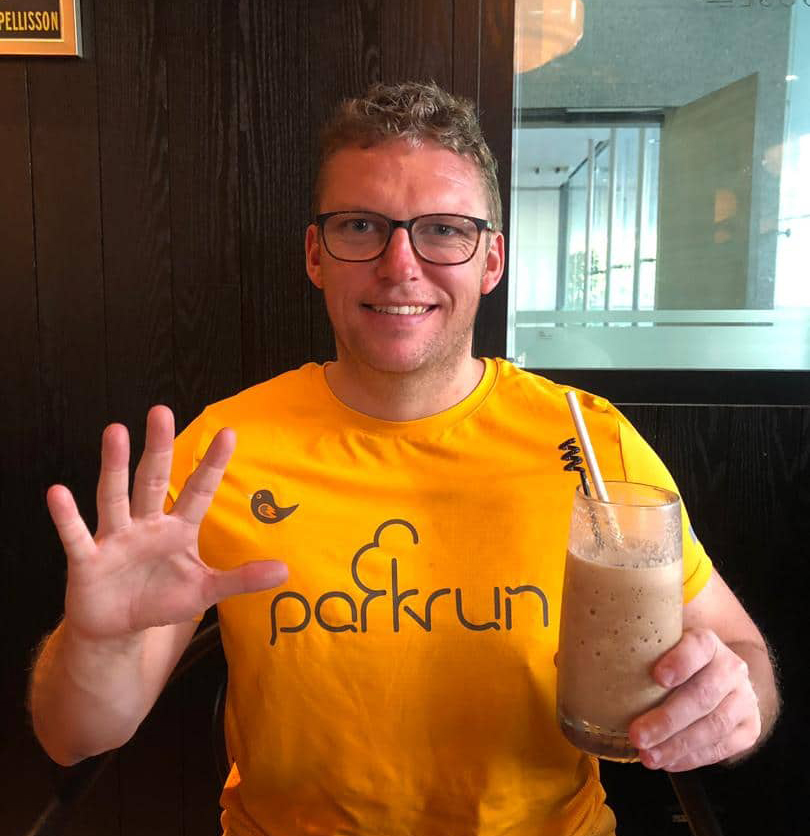 Mark’s friends from the Birmingham Striders running club introduced him to parkrun and his first parkrun was Cannonhill parkrun in Birmingham, UK. “I absolutely loved it,” says Mark. “I was amazed when I heard parkrun was in Malaysia. I had done no exercise in the 18 months previously, had put on a pile of weight and realised I needed to do something. I think parkrun is fantastic and I love hearing other’s parkrun stories. Everyone has their own unique story. I love telling people about parkrun and have introduced a few guys who are still coming now.”

Mark has visited parkruns in Singapore and several in the UK but celebrated his 50th milestone event recently at Taman Pudu Ulu. Mark wanted to achieve this milestone at the same time as his friend Michael who was reaching his 100th, however, the dreaded haze and several weeks of travel put paid to these best laid plans. Celebrations took place several weeks later, when Michael returned to Taman Pudu Ulu, having completed his 100th event in Futakotamagawa, Japan. Thank goodness for freezers as the seven- week old cakes still tasted good and were enjoyed by all! 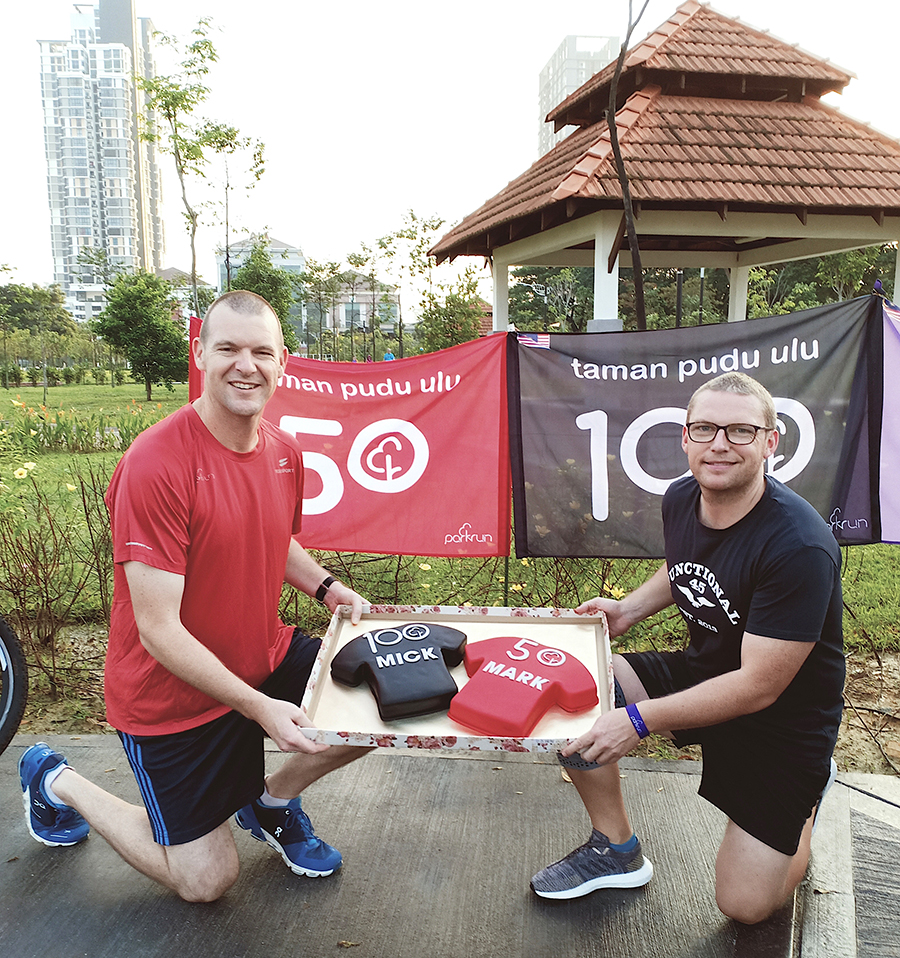 Even more exciting is Mark’s next big news…. Mark and his partner, Monica, are expecting a baby girl in January. We look forward to seeing Mark pushing a stroller at parkrun next year!