A triumphant return thanks to the Tail Walkers

Glen Meredith has an intellectual disability, autism and bipolar. In late 2019 he was hospitalised with pneumonia and para influenza A and spent two weeks on a ventilator in ICU.

After a year of rehabilitation, which included learning to independently get out of bed, dress and walk, Glen returned to parkrun. Glen’s sister Sue explains how he completed the full 5km thanks to the support of two amazing Tail Walkers.

My brother Glen had been in supported independent living since our mother died in 1993. We had been trying for decades to have him moved to Brisbane to be closer to family and he was eventually able to do this with the NDIS.

When Glen was discharged from hospital on Christmas Eve in 2019 following a fortnight in ICU, my husband and I spent three days in a motel with him so he could rest and recuperate due to a bed shortage in the hospital.

His rehabilitation has been slow and he had to relearn activities such as walking independently, getting out of bed without assistance and the process of dressing himself. He could barely walk 10 metres without looking for a seat to sit down. He needed a lot of physiotherapy in the months that followed and has now started hydrotherapy to assist with his rehabilitation. His lungs are permanently damaged. In January this year he had cataract surgery on the right eye, which he was completely blind in, and is now awaiting surgery for the left eye.

Glen has two support workers who work with him across the fortnight, both of whom is with him for a week. Both support workers are registered with parkrun and are keen for Glen to access parkrun as often as he would like.

We chose Chermside for Glen’s return to parkrun because it was half way between the house he lives in with his support worker and our house. We had two family members doing barcode scanning on the day. It also had toilets at the start of parkrun and that was a deciding factor. We have since mapped out other parkruns that Glen can be involved in that have toilets at the start that would be suitable for a support worker to assist Glen.

I was very nervous as this was the first parkrun Glen has done for about 18 months. We needed to be prepared with water and music to keep him happy and calm along the way. He usually walks in the cooler months so we knew he would need lots of encouragement, but we could never have anticipated just how much support he would receive. 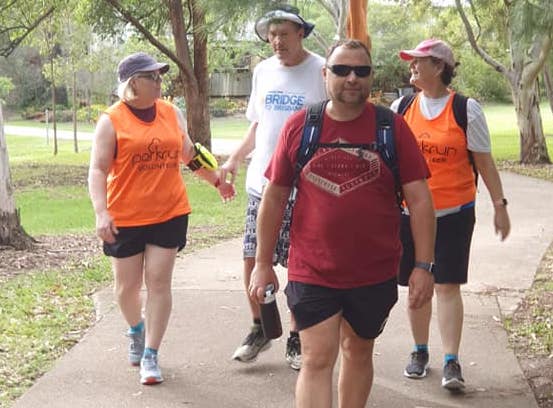 Along with Mark, Glen’s support worker, the two Tail Walkers Caitlin and Michelle listened to Glen’s questions and answered them. They were quietly spoken and calm with him. About 1km from the finish there was a marshal waiting for us on a bench and Glen sat down with them. That’s when I suggested the Tail Walkers go on ahead but they stuck with us, and Glen completed the course thanks to their gentle encouragement.

Our whole experience that day reinforced how welcoming and inclusive parkrun is. When I started parkrunning in 2016 I was very unfit and overweight and my balance was terrible. I thought I would only give it a couple of goes but grew to love it, and as my confidence grew I started parkrun tourism. Now I love everything about parkrun and I plan my Saturdays around it. parkrun has improved my fitness, given me confidence to get up every Saturday morning and join this wonderful community of walkers, runner and volunteers from all walks of life, including my brother. parkrun is incredibly welcoming to people with disabilities and it’s vital for people like Glen to be able to access inclusive community participation.

Glen goes on a 2km walk every day. He’s particularly fond of Bunnings so his support workers will take him there and he’s very happy walking up and down every aisle which keeps his steps up.  He also goes for walks in his local area as well as participating in hydro therapy.  He will soon begin pilates to build up his strength. We plan to take him back to parkrun in the cooler months.

We want Glen to be the best version of himself and as healthy as he can be, which is why we would like him to participate in parkrun whenever we can. parkrun ticks all the boxes for community access and is a great way to be part of a local community. 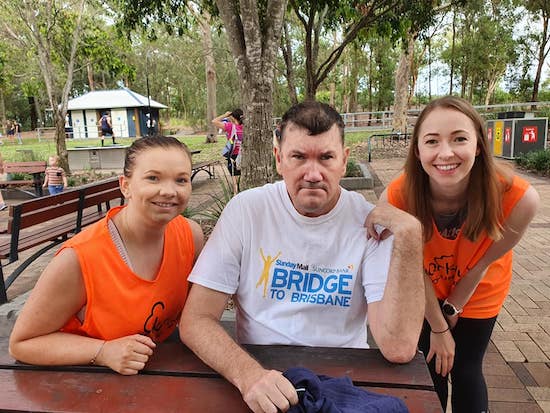 Can you run for fun?

Ellie Pimm used the time during lockdown last year to get active. Connecting with her local parkrun through social media and logging (not)parkruns set her up to confidently join her first parkrun full of enthusiasm.   For a long time, I was envious of people running for fun… How could anyone possibly enjoy running?! I’d…