It all started with a run in a park

My love for running started in a park in London – but long before there was a parkrun. Back in 1980 I had my first full-time job at a software company just off Oxford Street. A colleague and I were looking for a way to get back fit again a few months after leaving our university sports clubs. We agreed to meet at the office an hour early to go for a jog / walk around Regents Park which was just a few minutes down the road. We started with a few repetitions of ‘five minutes jog, five minutes walk’ (also a perfect way to start a parkrun) around the gardens and zoo. We gradually built it up to 40 minutes run, 3 times a week. It was also a great way to get to know my new boyfriend, Alan (now hubby). A few months later there was the first London Marathon but that seemed far too long for us. We enjoyed our time in London but soon realized that our hearts belonged more in Scotland where we grew up and our families were. 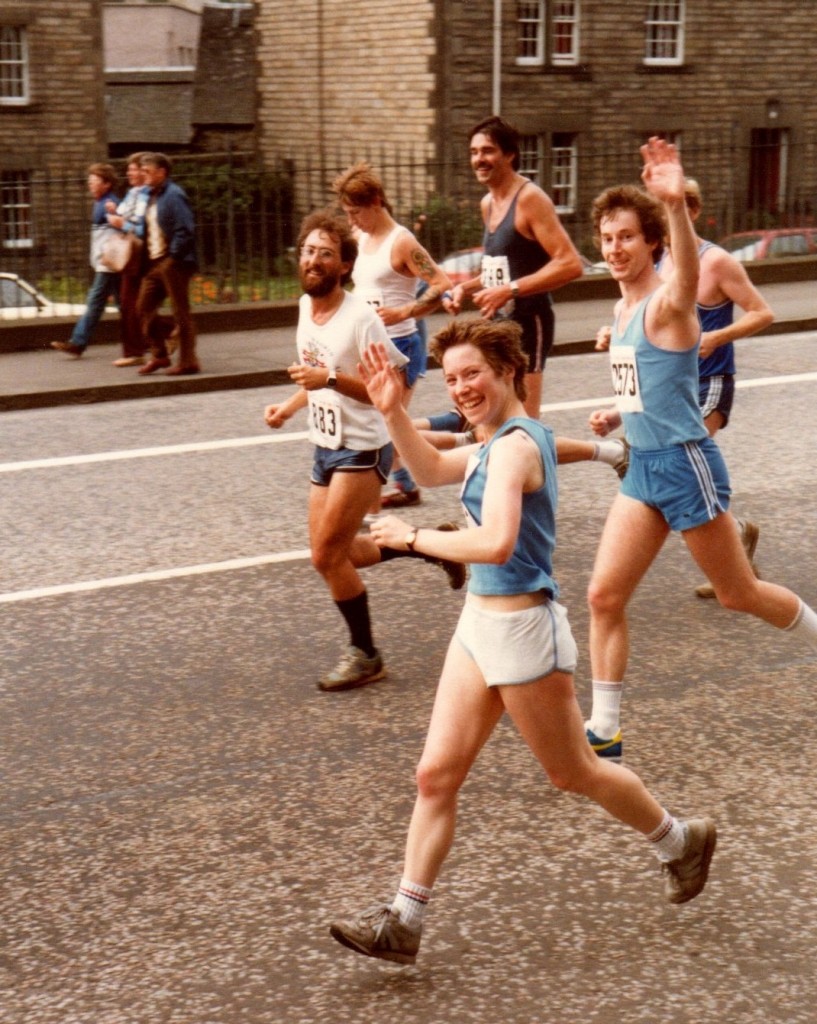 It was in Edinburgh (Scotland) that we started running a bit further. Alan’s brother-in-law had run the first Edinburgh Marathon and we decided to join him for the 2nd (1983). At first I had a lot of difficulty keeping up with the 2 young men – encouraging them to take an extra lap of the park while I caught my breath but I was more determined (/ addicted) and soon it was the other way round. When it came to the marathon I outran them both (3:38) and discovered I had a talent for the longer distances. A year later I ran in Glasgow and the year after that I won the Edinburgh marathon in 2:51. I was really enjoying the sport, making a lot of friends and also ran a number of half marathons and 10-milers. One of these friends was Hilary (we’ll come back to her later). 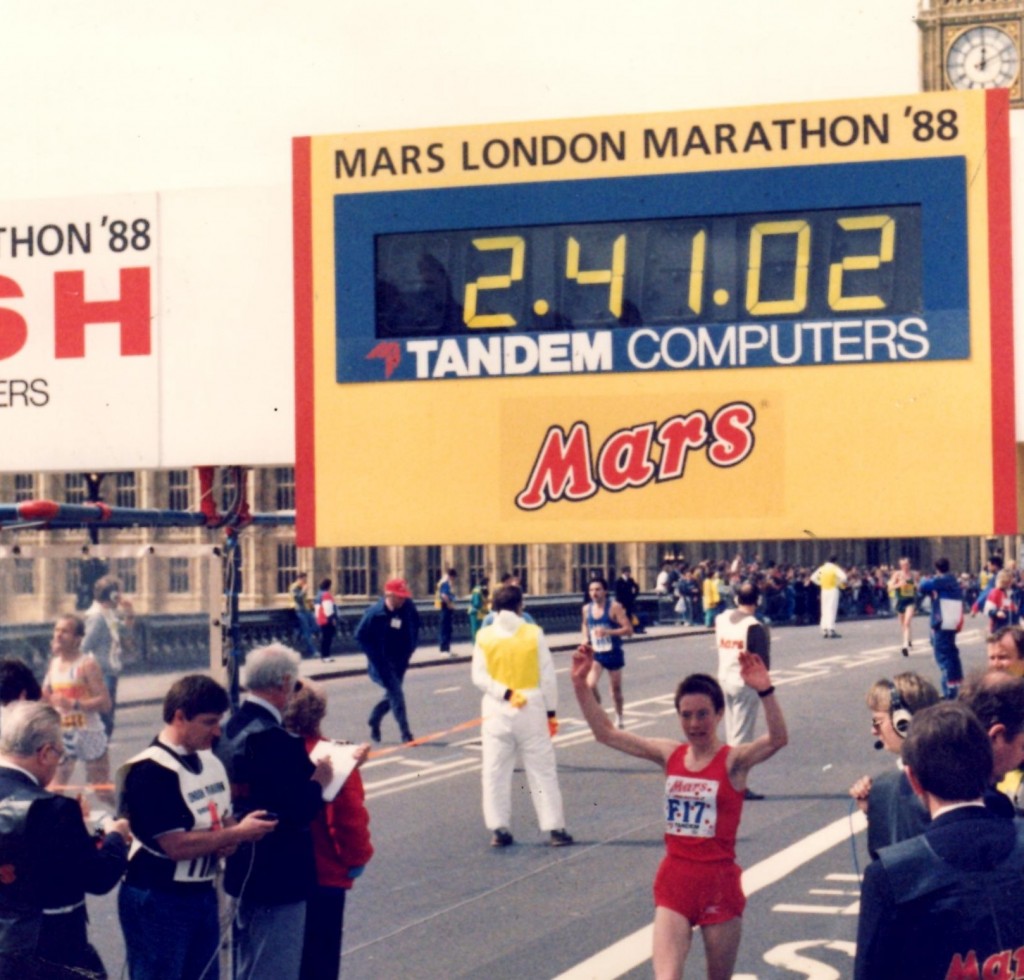 We also enjoyed travelling and took a number of trips to Europe. After a Euro-rail trip we thought it would be more fun to get to know another country a bit better by taking on a job for a year (now almost 36 years). We were lucky to be in the software world and hence there were quite a lot of opportunities. Our best chance of both getting a job in the same town was to sub-contract for Philips in Eindhoven. A week after my win in Edinburgh (September 1985) we packed our bags and took the flight to the Netherlands. We enjoyed the challenge of the new jobs and learning a new language and quickly made friends by joining the local running club. It was ‘super gezellig’ and I started running more and better than ever, largely encouraged by my good friend An Rindt (who was sporting enough to allow me to win races she used to win – we still run together but now she’s the one who’s faster). I enjoyed a number of international races such as London, Berlin and Milan but my fastest was in Eindhoven in 1988 (2:34:26). 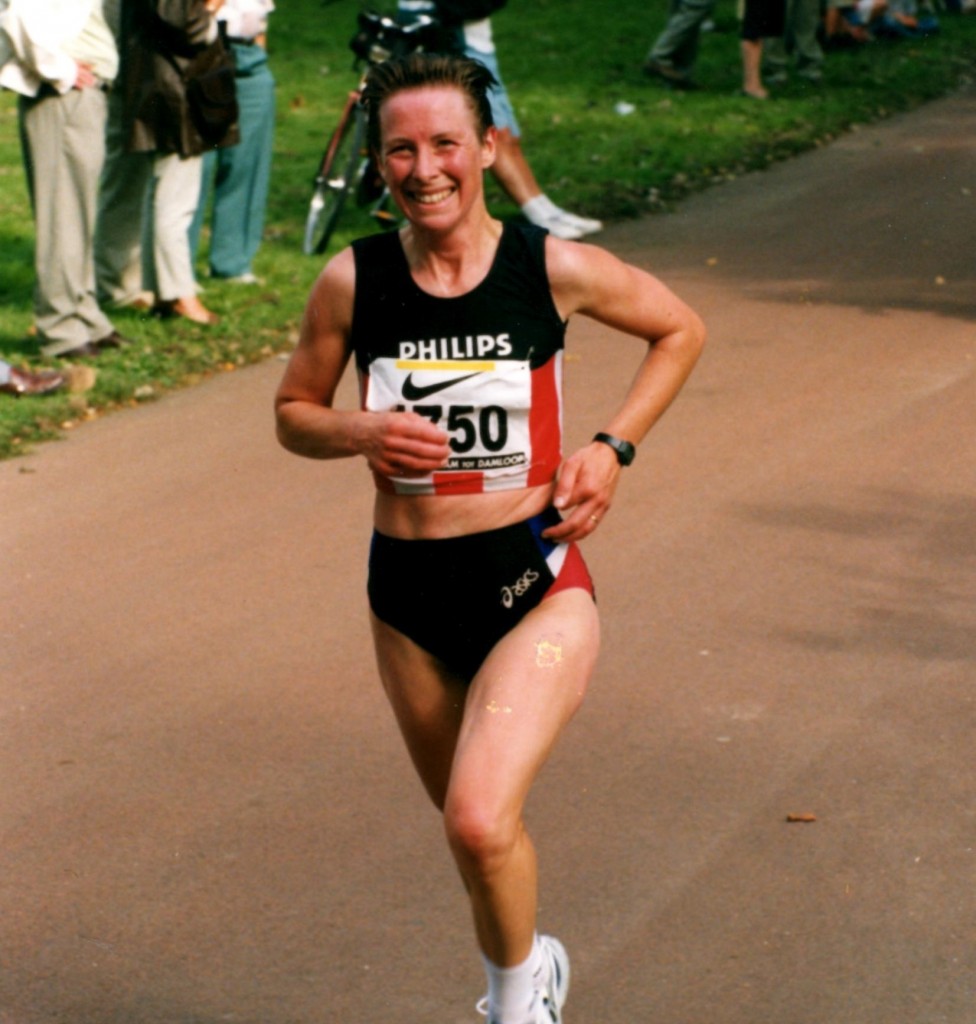 After the birth of Linda and Joyce, it was no longer important to me to run faster times. It was more important to encourage more people of all levels to enjoy the benefits and pleasures of running and keeping fit. With this aim I gave recreational training to PSV / Eindhoven Atletiek Loopgroep (Eindhoven Running Club) for 25 years and thoroughly enjoyed it. It was great to see friends move up from 5 minutes running to completing half and whole marathons. Some taking most pleasure in the run round the woods on a Sunday morning, others enjoying international trips to the more exotic marathons.

When I was back in Scotland I used to phone up my friend Hilary to go for a run together. One time she suggested we run a parkrun together – I couldn’t make it but I was interested to hear more and found the concept great – a 5km every Saturday in the park, recreational with a family feel but still with time-keeping and statistics to compare with your last one. It is free and is available all over the world. I then started hearing more about it on the BBC, featured regularly in the news, hearing how great it was for people’s physical and mental well-being. When I heard the announcement that the parkrun was celebrating its 15th birthday (September 2019), I thought it was about time parkrun came to the Netherlands. When I checked the website I was pleasantly surprised to see there were plans for parkruns in the Netherlands and promptly got in touch. I was put in touch with Jesus who was leading the group in Eindhoven and invited me to join them the next Saturday at the Karpendonkse Plas. It is a super group with a nice balance of Dutch and international runners and I loved to hear of their experiences with parkrun elsewhere, some in Britain, others in South Africa and it made me all the more enthusiastic to help out. 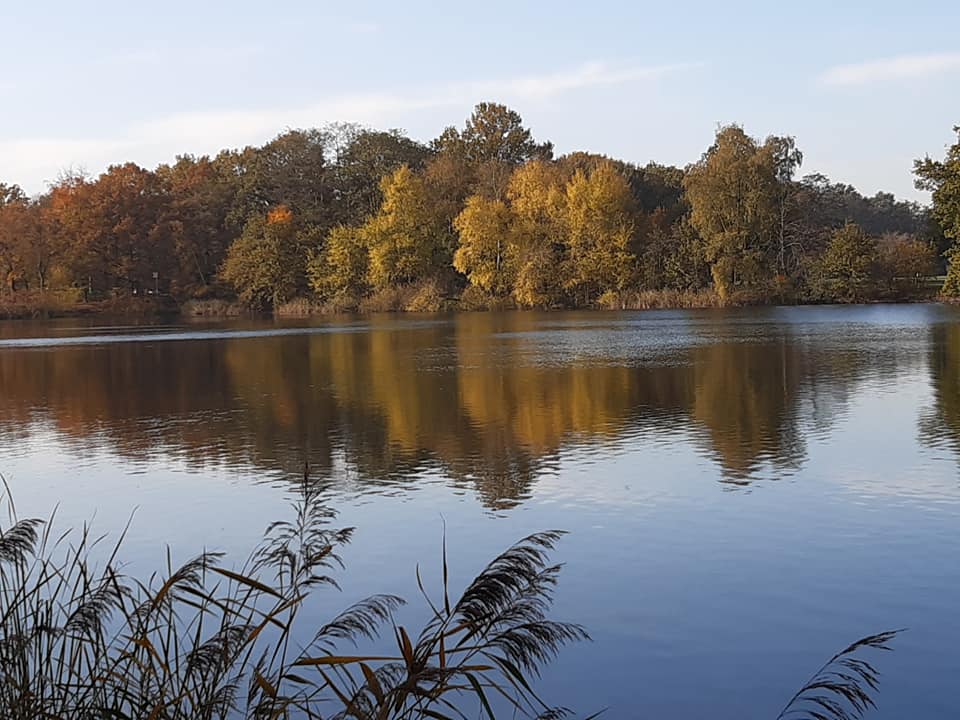 Karpendonkse Plas is a beautiful lake quite central in Eindhoven, reasonably close to the station and bus station and just round the corner from Eindhoven Atletiek – so I was really pleased we could start on 29th February 2020 as one of the first in the Netherlands. We had 160 for our first parkrun with a few groups who had popped over for a weekend from Ireland and Scotland with Ryanair. The weather was great, a local councilor came to give a short speech and the atmosphere was great. Unfortunately Covid 19 spoilt the party and we had to suspend it after the 2nd edition. Luckily it’s started again now, Alan and I are proud to be part of the Karpendonkse Plas team and we’re looking forward to greeting a lot more runners in the near future! 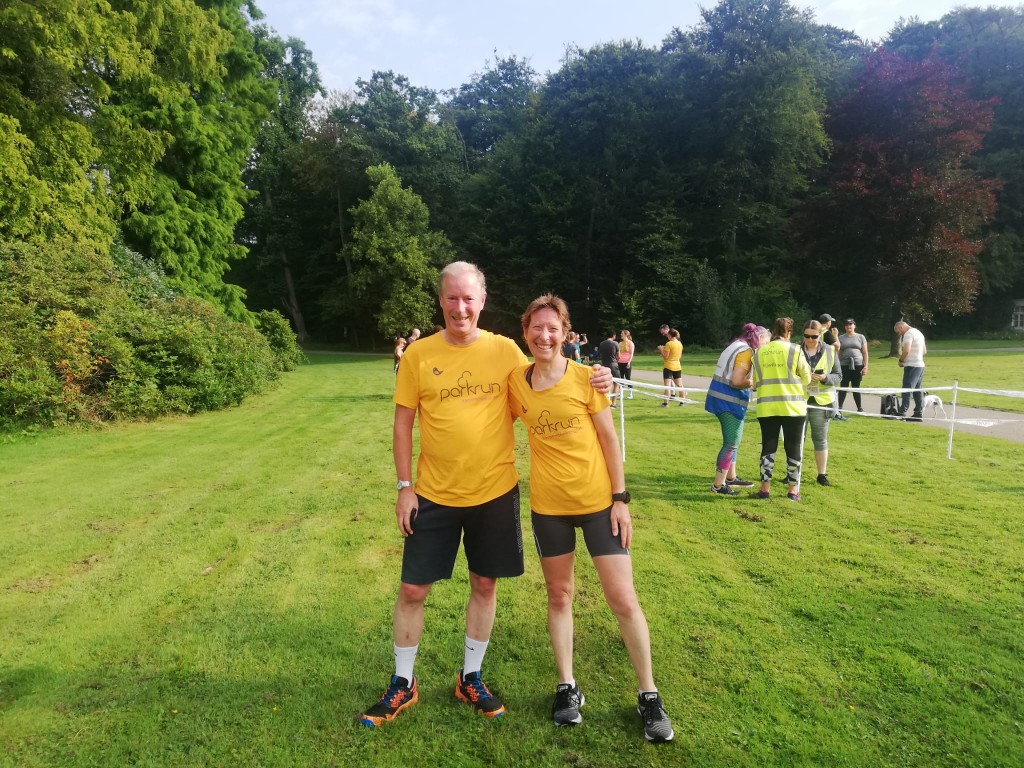 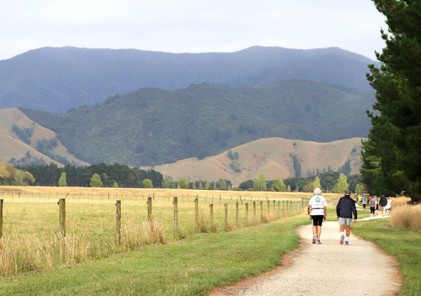