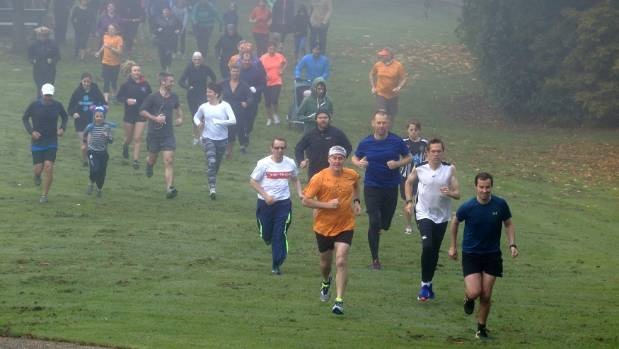 Thank you to regional reporter Carolyn Deverson and The Southland Times for this article:

Balclutha hosted its first parkrun on Saturday 5th May, with more than 50 people taking part in misty conditions. parkrun is a phenomenon that has become a world-wide success since starting at Bushy Park in London in 2004. 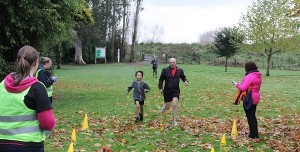 People travel to take part in the 5km timed runs and Balclutha’s attracted participants from the North Island, who came down especially to run in the event.

Brent Foster travelled from Lower Hutt with a group. “It’s a bit of an obsession. It’s a way of getting round the country.” They stayed in Owaka and were planning to explore the Catlins while they were in the area. “It brings travellers to areas too. It’s a massive parkrun family. It’s great to have Balclutha in that.”

One of his party, Nneka Okonta, who lives in Napier but originates from the United Kingdom, had completed Parkruns in every country they were in, except Norway and Germany - which she expects to do in the next two months.

Two Mandarin teachers from China living in Balclutha, Zhang Guangyao (known as Darren) and Zhang Jiahui (known as Joanna), also took part. Others included people pushing prams, Clutha District Mayor Bryan Cadogan with his little dog, and a mother with three children, one in a backpack. Organisers were pleased with the turn out. “We were hoping for more than 30, and would have been disappointed if only 10 had turned up,” Rod Deverson said.

The event was the 22nd parkrun in New Zealand, with Gisborne hosting the 23rd next week. “Everyone was here for the first time. They came from Invercargill, Dunedin, Napier, Hawkes Bay and Wellington.”

Comments afterwards included how great and unusual it was to run under the landmark Balclutha bridge, and how enjoyable the experience was.  parkruns are available to anyone, runner or walker, and take place over 5km. They are completely free, though if you want your time recorded you need to register (which is also free). – published on Stuff

Last Saturday saw the launch of the inaugural Gisborne parkrun, many thanks to Megan Costello and her team for a very successful launch!

Don’t let the name parkrun put you off – we love walkers!
There’s no prizes for first place; parkrun celebrates participation and movement whether it be walking, shuffling, running, or volunteering.  Thanks everyone, what an awesome start to Gisborne parkrun– Megan Costello, Event Director Gisborne parkrun

Pictured above – an excellent contingent of visitors from around New Zealand traveled to support Gisborne’s inaugural parkrun!

Cheers Bill, good shots. Thanks Gisborne parkrun, it was a brilliant launch, nice course, great volunteers out there, a wonderful time was had – Brent Foster, Lower Hutt 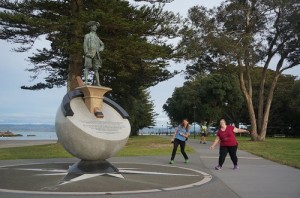 What type of parkrunner are you?

Pegasus parkrun in the Waimakariri District of Canterbury, 15 minutes north of Christchurch, is known for beautiful views, spectacular sunrises and a “strikingly photogenic” suspension bridge over Lake Pegasus.   The parkrun is set in the relatively new town of Pegasus Town, formed only in 2008 and named after nearby Pegasus Bay.   The course…