It’s amazing how connections are made all over the world with parkrun and one of our very own intrepid parkrun tourists, Nneka Okonta was also there to celebrate the arrival of parkrun Japan!

Ben O’Brien’s story: I read in the parkrun Australia news when I got home from work on 21st March and was excited by the headline – parkrun would be launching in Japan! The thought of being present at a parkrun country launch in one of my favourite countries to visit was pretty tempting.

It took a moment for it to sink in that the launch was only 2 weeks away on 6th April. I got straight in to research mode; what are my flight options, do I have enough frequent flyer points, where in Tokyo is Futakotamagawa, how can I get there and where can I stay etc.

My next step was to justify the extravagance. Easy. 6th April is the date of my 21st work anniversary and as Japan is the 21st parkrun country it made perfect sense. Next, I rearranged my volunteer slot at my home parkrun, Pakapakanthi, from 6th April to 30th March and now the coast was clear to get booking.

Although technically I could have timed my arrival in to Tokyo’s Haneda airport for 5:15am on Saturday I thought it best to de-risk missing the start and get in on Friday morning. That meant leaving Adelaide on Thursday evening and taking Friday off work.

On to parkrunday… I stayed in the closest hotel to the start line and with only a 5-minute walk ahead of me I jumped into the elevator at 7:20am. I was joined by another bloke and quickly realising we were both suited up for a run we introduced ourselves. Ian Slonim just happened to be COO of the group of companies that includes Discovery Vitality, the sponsors of parkrun UK, South Africa and now Japan with Sumitomo Life.

We had a great chat on the way to the course with Ian accurately predicting a 75% attendance rate among those who signed up. Ian asked me if I’d met Paul (as in parkrun founder Paul Sinton-Hewitt CBE) and trying not to let on that I only had 43 parkruns under my belt I responded that I hadn’t as yet, but I did have the pleasure of meeting Tim Oberg when he came to do a freedom run at Pakapakanthi last November. Ian told me he’d introduce me to Paul, which sure enough he did and in quick succession, I got to meet, among others, parkrun CEO Nick Pearson and British Paralympic legend Noel Thatcher MBE. In the flurry of handshakes, I also got to catch up with Tim Oberg.

It was soon time for things to kick off and Paul Sinton-Hewitt delivered a great welcome speech with Noel Thatcher acting as interpreter. Defying Japan’s famous punctuality the almost 350 strong field didn’t get underway until 8:16!

The course itself is quite a bit different to any I had encountered and although it was a reasonably flat course there were a multitude of surfaces. Sadly, the conditions on the day weren’t conducive to seeing the snow-capped peak of Mt Fuji 85km in the distance. Fuji-san wasn’t as shy on the Friday morning. 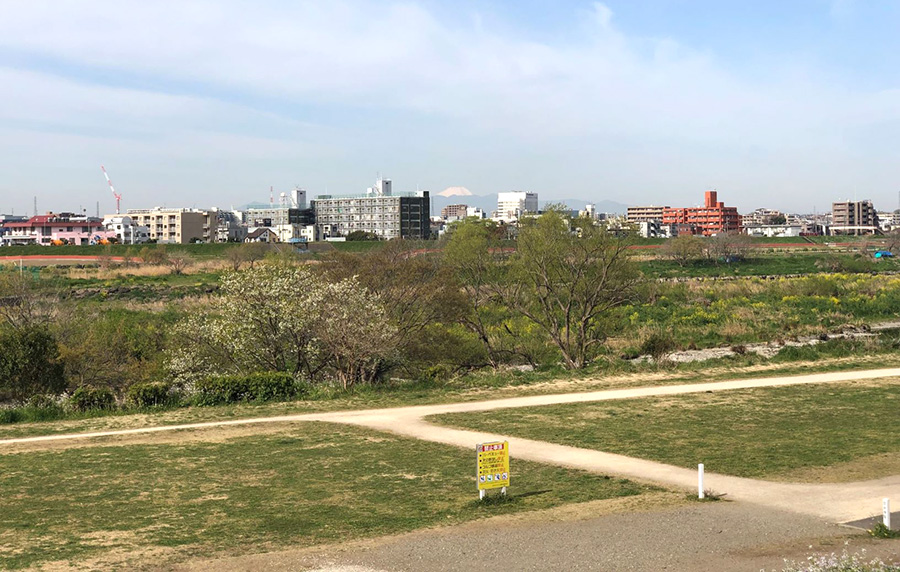 About 1.5km from home Nick Pearson came flying by – I’m not sure how many minutes head start he had given me. With 400m to go I could hear someone gaining on me and when she passed me with 200m to go I gave it a kick, only for her to find another gear and pip me by a second. I shook her hand and congratulated her on the great finish and soon discovered that Nneka Okonta’s home parkrun was Lower Hutt in New Zealand and that she knows Richard McChesney (who launched Lower Hutt parkrun, New Zealand’s first). I met Richard through work, and he is also the person who introduced parkrun to the person that introduced parkrun to me, Steve Daly from Marlay parkrun in Dublin.

We stood near the finish line chatting and encouraging others as they finished and Nneka introduced me to Cass Castleton – parkrun tourist extraordinaire as he crossed the line to restore his perfect record of completing a parkrun in every country possible. Nneka herself has done 19 out of the 21 and here I was having just completed my fifth different country (which according to the random stats from the same 21 March parkrun Australia news puts me in a group of around 200 Aussie registered parkrunners who have participated in 5 or more countries). 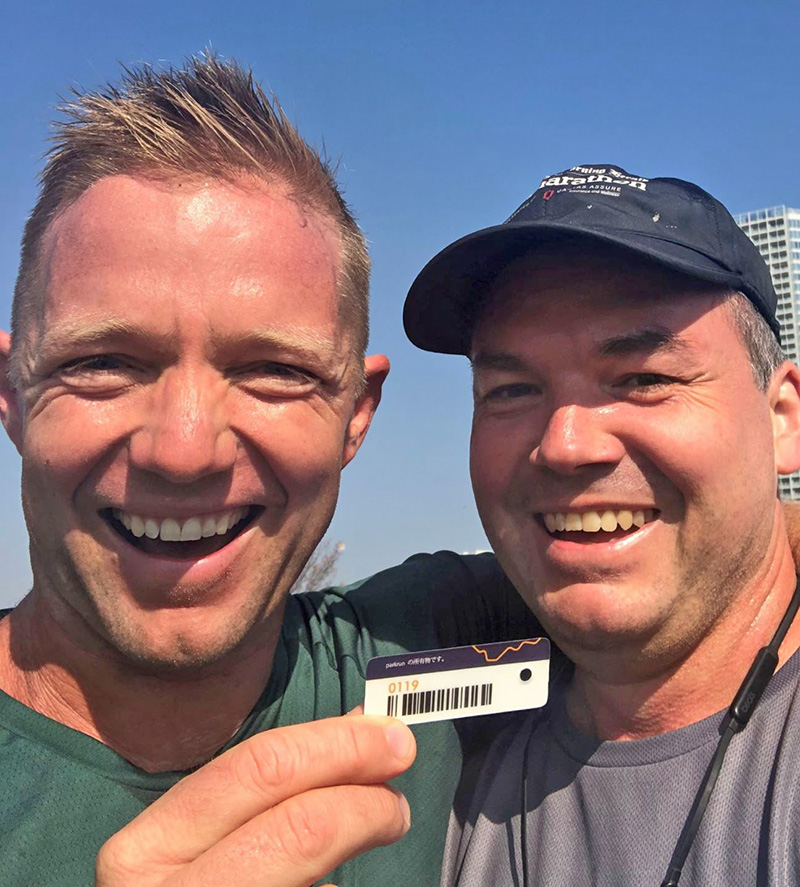 It was certainly a fantastic day and it was great to see the enthusiasm of so many first-timers.

Out of interest, I had a quick look to see how the volunteer roster was looking for event number 2 and there are only a few more spots to fill. Google’s translations of some of the volunteer positions are quite entertaining, here’s a sample:

If you get the chance, I highly recommend attending a country launch and/or becoming a parkrun tourist to experience a different course and community, whether on the other side of the planet or a regional event in your home state.