This week marked five years since the first parkrun in Italy, and Country Manager Giorgio Cambiano tells us all about the history of parkrun Italia.

In March 2014, I had the pleasure of meeting parkrun founder Paul Sinton-Hewitt, who gave me the green light to bring parkrun to Italy.

With the involvement of my wife Loredana Introini and one of my best friends, Aldo Siragusa, we decided to start the first event in Palermo in Sicily, in the south of Italy.

The biggest challenge was to find a group of volunteers who would want to form part of the core team and a suitable park for the first event.

Luckily, in the city, Uditore Park had been open for just over two years and was saved from abandonment and building work thanks to a public initiative. It was managed by a group of fantastic volunteers, led by the couple, Piero D’Angelo and Valentina Marchione.

With everything in place, on Saturday 23 May 2015, the first Italian parkrun event took place with the inaugural Uditore parkrun. We welcomed five finishers and nine volunteers, so we certainly weren’t short of helping hands 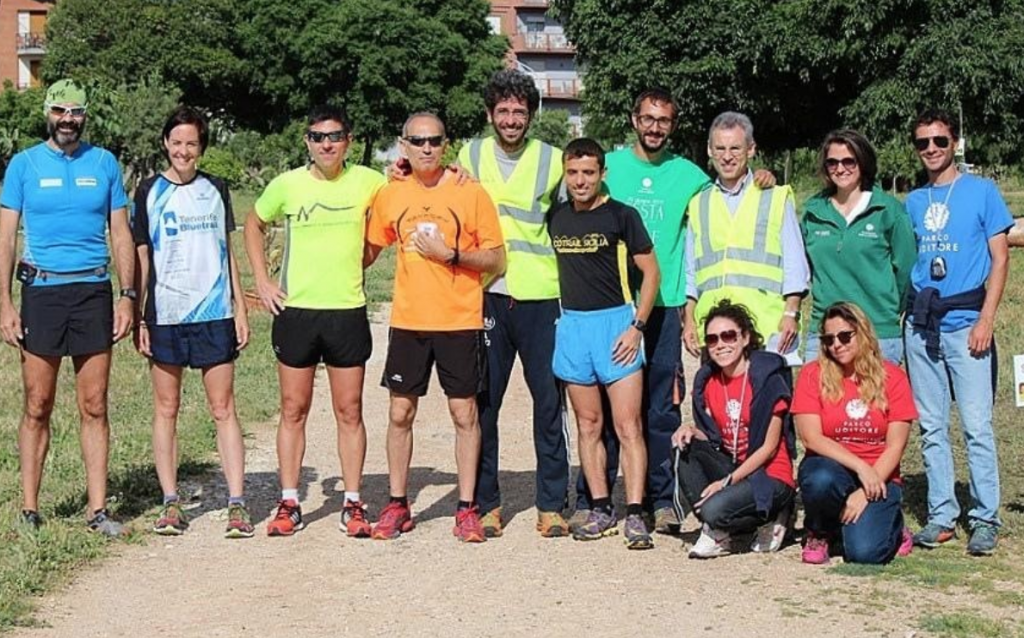 For the first year, only Uditore flew the flag for parkrun in Italy. Then, in June 2016, shortly after our first anniversary, the family doubled in size with the launch of Marecchia parkrun, in Rimini, guided by Event Director Aldo Siragusa.

Following on, in the same year, we were joined by two further events:  Milano Nord parkrun, at Parco Nord in Milan, and Favorita parkrun, the second event in Palermo, this time held in the fantastic Favorita Park.

The growth of parkrun Italy continued in the years that followed, with a notable increase in 2018, a year that saw the birth of eight new events, spread across the country, including two in the capital, Rome.

Today there are 16 parkrun events in Italy, from North to South, with a particular concentration in Palermo. In 2018 ,the city’s third event - Foro Italico parkrun – was inaugurated on the waterfront.

Additionally, there are three events in Tuscany, where it is possible to walk, jog, run or volunteer every Saturday in the Parco delle Cascine at Firenze parkrun, on the walls of the pretty medieval town of Lucca, at Mura di Lucca parkrun, and in the beautiful Parco delle Terme di Montecatini, at Terme parkrun. 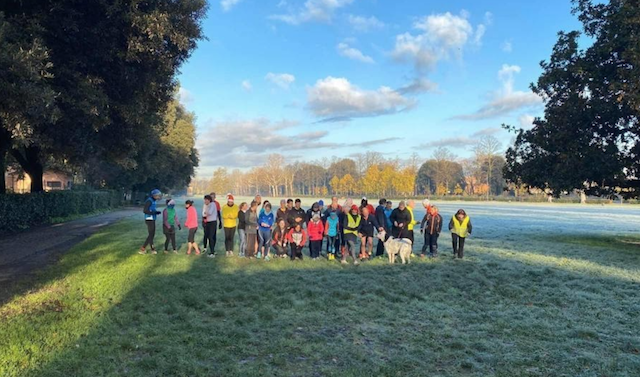 Compared with bigger, more established countries, our numbers may be smaller, but our communities have embraced parkrun in the same way, with it becoming a fixture of their weekend plans. Almost 14,000 different people have completed a parkrun on Italian soil.

As well as that, since the very beginning, the Italian events have been characterised by a level of hospitality greatly appreciated by tourists.

They are always impressed by the welcome, the delicious refreshments and for the opportunity to pick up a surprisingly low number on their finisher’s token, compared to how they place at their home events.

In Italy, we can also boast some unique events, for example, Montelepre parkrun, with its course of six laps of  830 meters, inside the pretty and lively urban park in the little town of Montelepre, turns out to be the smallest parkrun in the world! 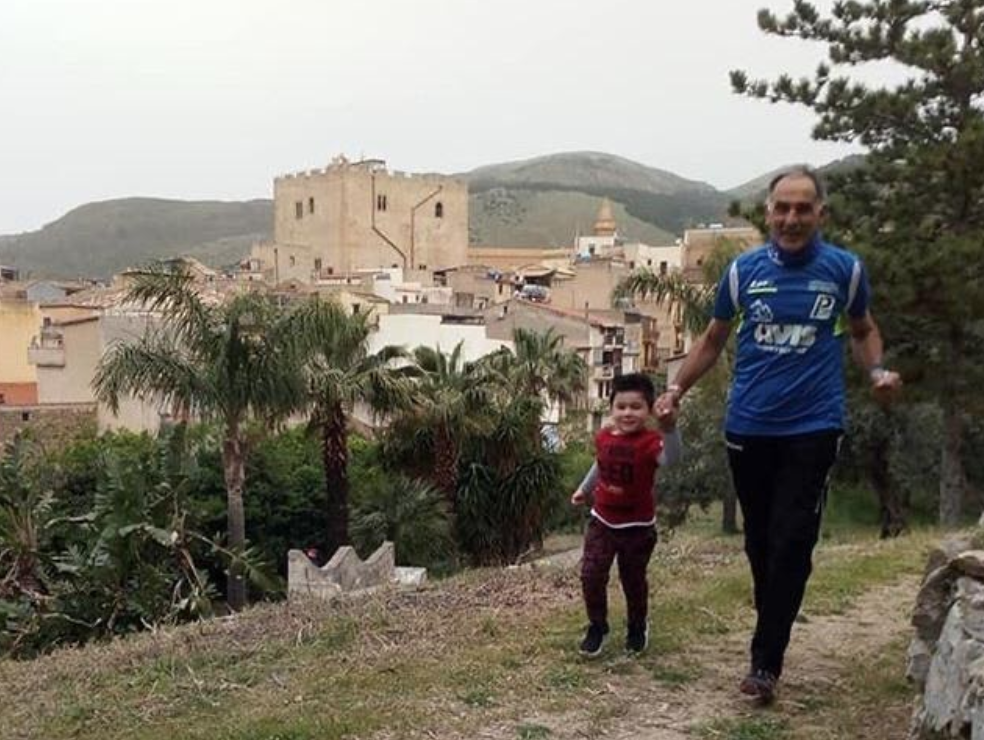 As well as that, we also have Treviso parkrun, home of Prosecco, and Etna parkrun, with its course built on the highest active volcano in Europe!

Of course, there are endless possibilities, for tourists to Italy, to drop by the nearest parkrun on a Saturday morning and then go on elsewhere.

Nothing could be easier, for example, to go by public transport from Venice to Padua, to take part in Farfalle parkrun, in the magnificent Parco delle Farfalle.

Equally, they could participate in Marecchia parkrun, with the splendid Tiberius bridge in the background, while on holiday in Rimini or Riccione. 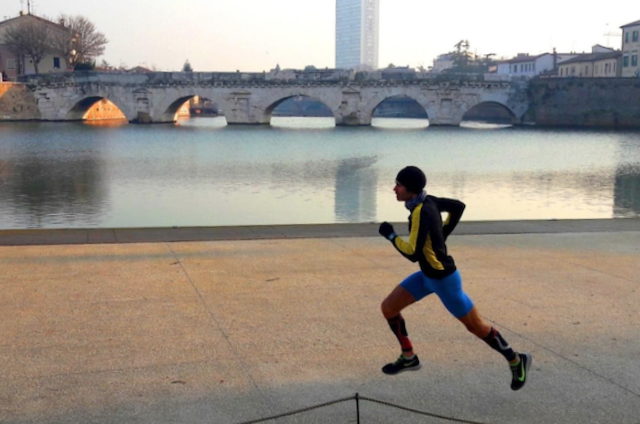 Not to mention the Eternal City, where the iconic dome of St. Peter’s is visible from the start of Roma Pineto parkrun, or the thrill of walking, jogging or running almost the entire 5k along the top of the longest section of medieval walls in continental Europe at Mura di Lucca parkrun. 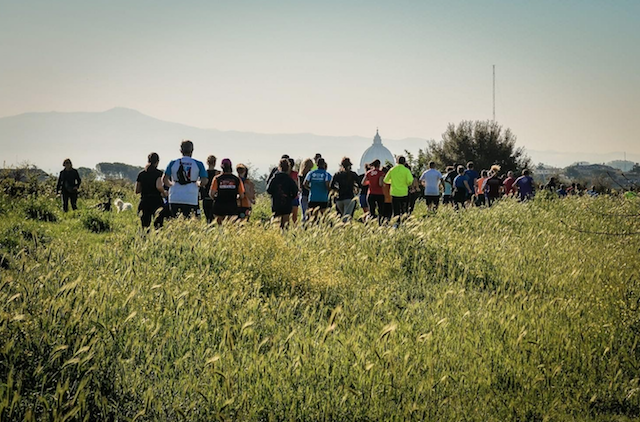 However, as we all know, the most important element of parkrun is the people who take part. Of course, all parkrunners are special but there are some among our number who, for what they represent or for the challenges they face, constitute a point of reference for everyone.

One of the main reasons for which I am eternally grateful to Paul Sinton-Hewitt, is that having been allowed to bring parkrun to Italy, I have had the chance to meet a multitude of amazing people across the country – and even outside it – and this has enriched me as a person and strengthened my trust in mankind.

In almost five years of activity, there are obviously many memorable moments. Leaving aside the obvious euphoria that we find at the inauguration of every single Italian event, we can but choose a couple of memorable occasions that have captured the imagination.

The first arose at Milano Nord parkrun, one morning in May 2017.Franco Tonoli, an extraordinary athlete with a will of steel.

With a history as a climber and mountain runner, Franco was made paraplegic by a serious accident and has rediscovered the taste of challenge and being able to walk on his own legs thanks to the use of a futuristic ReWalk exoskeleton.

On his second attempt, on Saturday 27 May 2017, he managed to cover the entire distance of 5k in 2h 57: 12! I believe that to date this represents the only participation of an exoskeleton athlete at a parkrun event, and it certainly shows that parkrun really is for everyone! 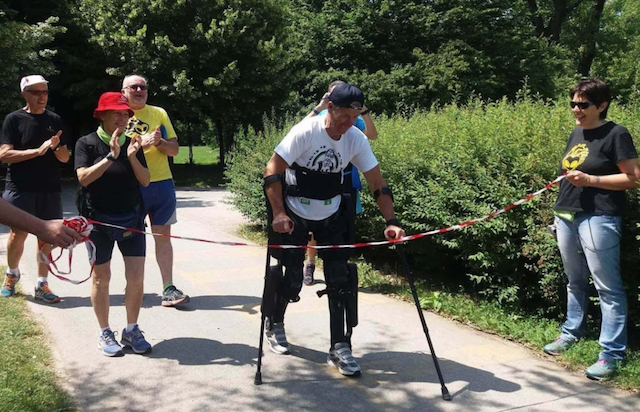 Another highlight was the first time we were able to participate in the annual “double parkrun” party otherwise known as the New Year’s Day Double.

Many Palermitan parkrunners happily grabbed the chance to do so on January 1st of this year, thanks to the availability of the volunteers from Favorita parkrun and Foro Italico parkrun.

The same celebration took place between Caffarella parkrun and Roma Pineto parkrun in the Italian capital. 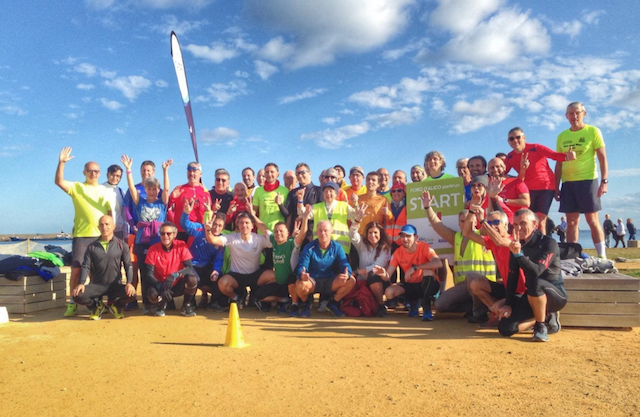 After the human element in parkrun, there is obviously the statistical data. We know that in Italy parkrun is a phenomenon that is still in the growth stage. There are, however, some interesting figures, which will no doubt increase as parkrun becomes better known in Italy.

The average numbers of participants across Italian events are generally in double figures, although the record high is held by Milano Nord parkrun, set last September, when they registered 230 finishers and 16 volunteers!

The future of parkrun in Italy

We are of course going through very strange and difficult times all over the world, and parkrun is currently paused. The whole big parkrun family is aware that, as soon as conditions and safety allow, our beloved Saturday morning meet ups will resume, with even more enthusiasm than before.

Everything is set to see 18 events start up again throughout the country and indeed, there are many others in the planning stages in North, Central, and Southern Italy. Fun is guaranteed!

As we celebrate five years of parkrunning in Italy, in my heart, I will always remember that day five years ago with intense emotion. Who would have thought that parkrun would have success in Italy too?

There are already many people in our country who have experienced the joy of waking up early on Saturday morning and sharing their time with their parkrunner friends, or feeling the satisfaction of offering their services as a volunteer.

All of us have been enjoying the happiness of being part of the larger parkrun family, here in Italy. My hope is that more and more people in Italy will feel drawn to join this family and to contribute together to make our planet a healthier and happier place.

School of parkrun Class of 2020

For the past 17 weeks, the School of parkrun has kept our young parkrunners entertained with daily tasks, covering English, Science, Geography, Maths and Art.   We have loved seeing all of our student’s work and want to say a huge congratulations to the School of parkrun class of 2020!   Each morning we’ve set…