When Carol Cunningham, founding Event Director of Albert Melbourne parkrun in Australia, was offered a job transfer from Melbourne to Singapore in 2013, her first thought was, “I’m only going to take the job if I can take parkrun with me!” And with that, the door opened to Singapore becoming the first country in Asia to host a parkrun.

Bedok was the preferred choice initially for the first parkrun in the country, however after about a year of trying, approval from NParks was given for East Coast Park parkrun (ECP) to launch in June 2014, welcoming 29 finishers and seven volunteers. 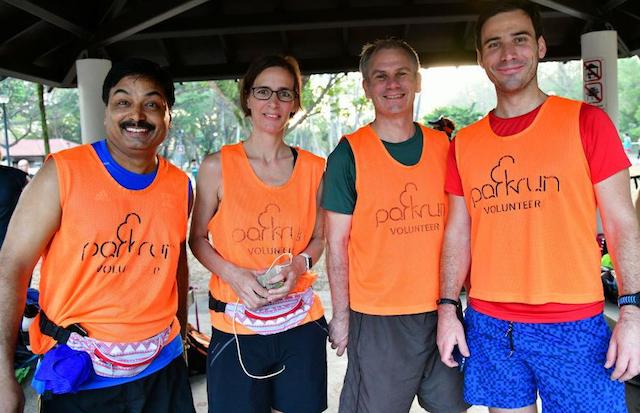 There are now four parkruns in total in Singapore. East Coast Park parkrun is located along the southeastern coast of Singapore in the largest park in the country, built entirely on reclaimed land.

ECP parkrun is a favourite with tourists given its close proximity to Changi Airport. In fact many airline pilots and crew have been known to use this event to get their parkrun fix during short layovers! 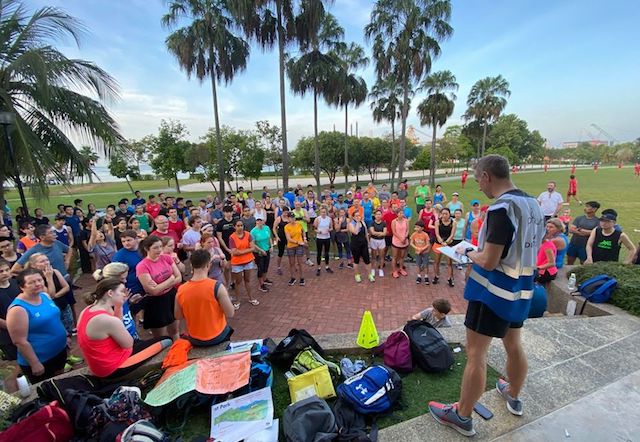 As the name suggests, West Coast Park parkrun is located west of the city centre and is a favourite with families due to the park hosting one of the largest playgrounds in Singapore.

Next up was Bishan parkrun, set in a busy residential suburb to the north of the commercial district and located right in the centre in the middle of the island. The course is a two-lapper and runs parallel to the Kallang River. 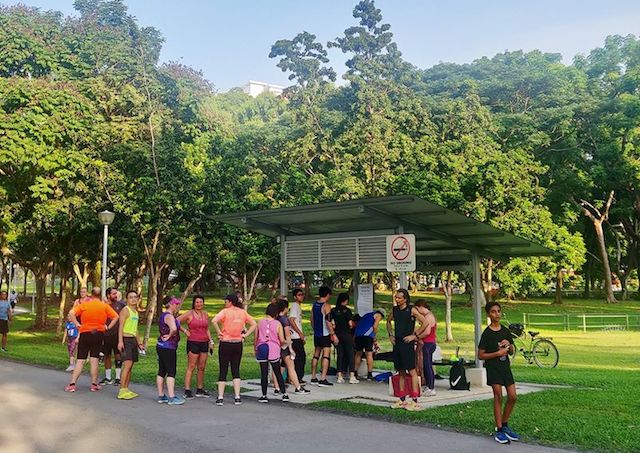 Bedok Reservoir parkrun is the new kid on the block having launched in December 2019. The course is a flat single loop around the 12.8 million m³ reservoir that was converted from a sandy quarry in the early 1980s.

This is a great event for water sport enthusiasts as afterwards you can partake in activities such as wakeboarding, sailing, fishing, canoeing and kayaking. 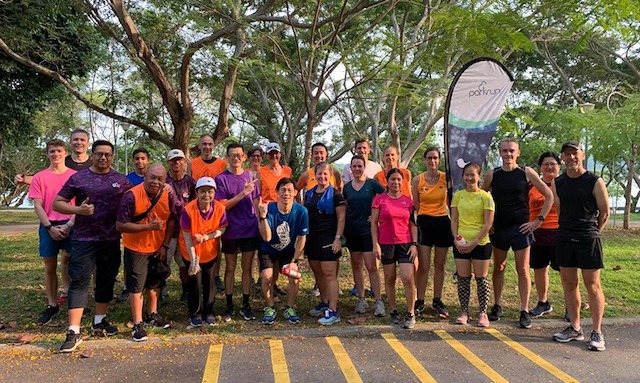 It’s also always really great to see how passionate people are about parkrun, it brings together so many different people from all over the world. As most people know it does get very hot and humid here, so our events take place earlier in the morning at 7:30am.

In Singapore, we are fortunate to have very strong supportive and enthusiastic core volunteer teams at the heart of what we do. Which makes being the event ambassador here a whole lot easier! 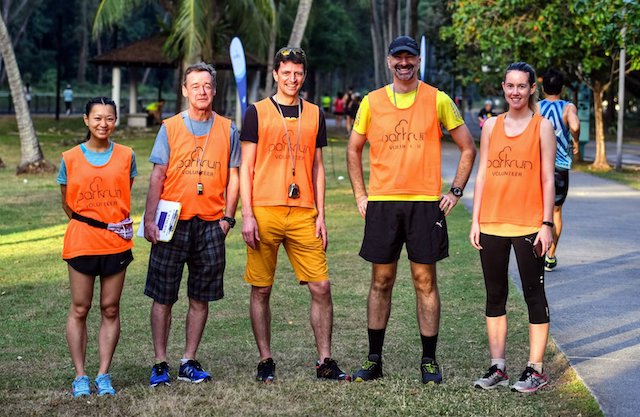 We have a large number of tourists passing through Singapore every week so there have been a lot of people-specific stories and memorable moments over the years.

For instance, recently we had an email prior to the event from a couple of newlyweds who were passing through on their honeymoon. On the day, I was running and there were a couple who were wearing “Just Married” t-shirts so I assumed it was them.

When I emailed them later that day to say I’d spotted them and hoped they had a nice time it turned out it was another couple who were also on their honeymoon! 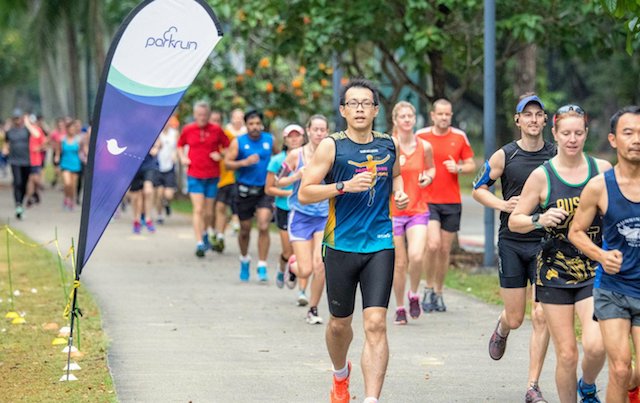 On a personal note, this year the New Year’s Day parkrun had particular meaning as it was the first time that my family completed at least one parkrun together at the same event.

We hope that we will be launching more parkruns soon, once parkrun resumes in Singapore. We are due to launch Punggol(Oasis) parkrun later this year, whilst we also have more than ten other possibilities, including Admiralty Park (Woodlands), Jurong Lake (Lakeside) and Pasir Ris Park.

If anyone is interested in being part of the core team and helping to set up any of these locations please do get in contact with us!

parkrun’s reopening in New Zealand on Saturday was a double celebration, not just of the return of our beloved Saturday morning activity, but of the rest of the global parkrun family we all belong to.    The occasion was marked by many events ‘adopting’ a parkrun country by dressing up in that nation’s colours, flying flags, making food…

parkrun in New Zealand is back! It was heartwarming, and reassuring, to sit back at the weekend and flick through the smiling photos and uplifting comments on Slack and social media from events across the country, as well as reading several articles in the media celebrating parkrun’s return. It’s been a journey but we’ve got…