Megan Bigg never thought she would be able to finish a marathon, but thanks to parkrun she completed that achievement last year.

The Anderson parkrunner has overcome some serious medical issues in the past, but regular 5km runs and walks have helped her stay active.

“In September 2004 I was out walking, training for what was then the Pak ‘n’ Save Hawkes Bay marathon clinic for the half marathon. I was with my sister and we had driven to the Ahuriri Estuary, walked round it and were on the way home when my aortic valve packed up and I suffered a cardiac event called a ventricular fibrillation.” Megan said.

“I was given CPR and was on life support for 10 days. The valve was replaced in November that year. I completed that half marathon in 2007 and never did another one until 2016 and have continued doing a few each year.” 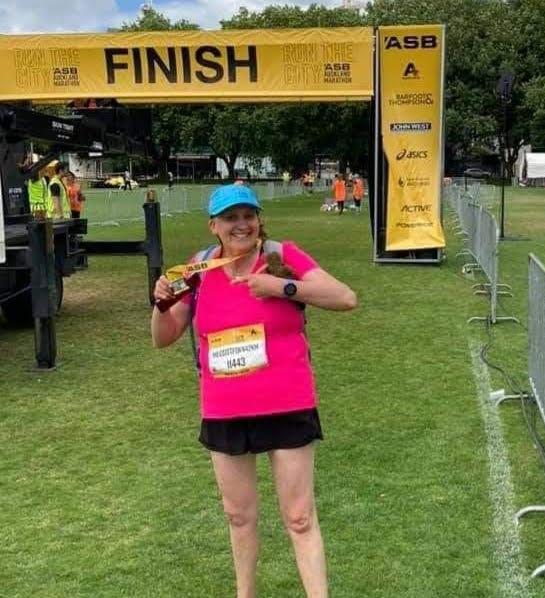 “I also suffer from scoliosis and had that repaired but the rod and a screw has snapped, so have suffered nerve pain in the past. So yep my body is broken, but it works and got me through my first marathon. Before parkrun I didn’t think that was possible.”

Megan’s first parkrun was on January 6, 2018 at Anderson parkrun. 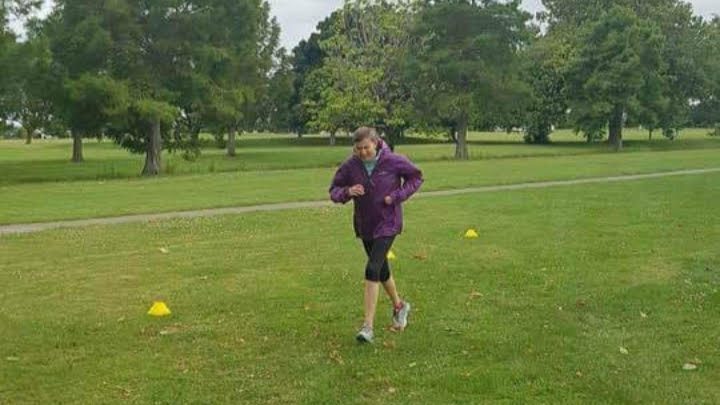 She had seen a Facebook post from a friend about New Year’s Day parkrun and was intrigued. She registered straight away and was at the next parkrun. “I didn’t know what to expect at my first parkrun. I was nervous and excited before I turned up. I wasn’t used to running 5km in a timed environment.”

“Afterwards I felt really pleased with my time and was excited about turning up the following week. I felt it went really well, I completed it with a mixture of running and walking. After I had been parkrunning a few times it turned out that one of the regulars used to be a personal trainer at the gym my Dad owned. She is now helping me run more than I walk.” Megan said.

Megan says parkrun has widened her social circle, as well as discovering the Greatest Virtual Runners online group. She signed up for their next available event and through that group met other members at the Hawkes Bay Marathon. “Then I went to Wellington simply to try Lower Hutt parkrun. And since then I’ve done many events with these people.”

“I use parkrun as a training tool and I am fitter than ever from doing parkrun. Without parkrun I don’t think I would be as fit as what I am now. I wouldn’t have met all these awesome new friends and I wouldn’t have travelled as much as I have in the last few years.”

Megan’s parkrun goals are to run at least one lap of Anderson parkrun non-stop and to visit the birthplace of park, Bushy parkrun. She’s also a passionate volunteer, choosing to tail walk or write the run report. “Both of those give me an opportunity to walk, but also to give back and support the parkrun movement.” 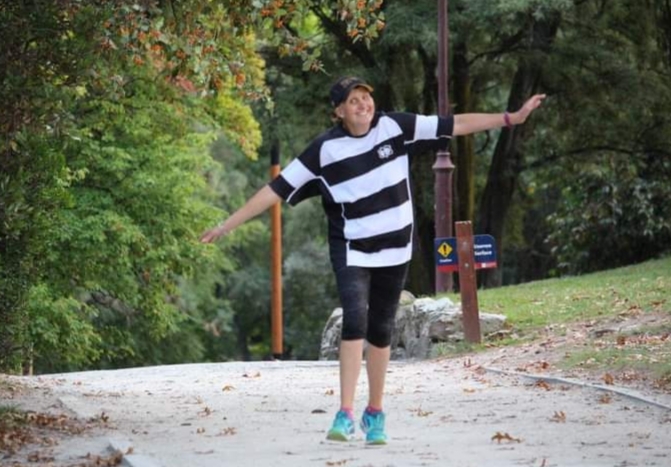 A familiar face on TV screens around New Zealand, Will Hall is best known for his roles on Kiwi TV favourites such as Westside, Shortland Street and Nothing Trivial.   He is also an avid parkrunner and is soon to celebrate his 100th parkrun.   Originally from Christchurch, when Will Hall moved to Millwater in…