A familiar face on TV screens around New Zealand, Will Hall is best known for his roles on Kiwi TV favourites such as Westside, Shortland Street and Nothing Trivial.

He is also an avid parkrunner and just celebrated his 100th parkrun.

Originally from Christchurch, when Will Hall moved to Millwater in 2018 he noticed a crowd of runners pass by his window each Saturday morning. For several weeks he wondered what was going on, until a family friend introduced him to Millwater parkrun. “I investigated further, and rolled out of bed and across the road to see what all the fuss was about”.

He completed his first event in 2018 and the rest, as they say, is history. Will has been a regular at Millwater parkrun for the past three years, both as a runner and as a volunteer, and he advocates for the physical and mental health benefits of his ‘free-weekly-timed’ 5km. “If I don’t start my weekend without a parkrun, it just doesn’t feel right. It sets me up for the weekend and helps me feel great”.

Reflecting on his school days, Will explained that he was enticed into the school Cross Country Team by the lure of a special-coloured trim for his blazer – an accolade only given to the elite sportsmen of the school. “It’s funny really, I only did it for the blazer, but was pretty amped about starting the cross-country events and wanted to do my best. Unfortunately, it was carnage! I tripped and had a nasty fall at the start causing a heap of other kids to fall around me. It wasn’t the best start!” 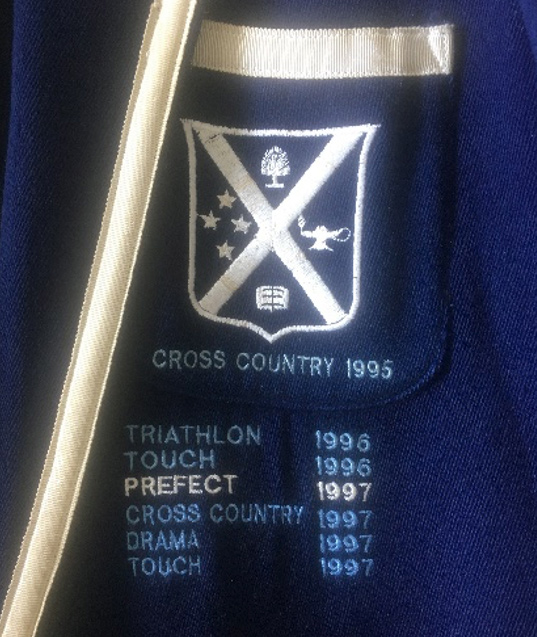 Will recollects fond memories of accompanying his dad to his Coast-to-Coast events as a young boy. “We were always in the car, driving to his events and watching dad run, cycle and kayak. As I got older, I would join him in his cycling and kayaking”.

In 2011, Will played the role of Cory in the South Pacific Pictures TV series Nothing Trivial. Ironically, though his character was a keen runner, Will had not yet been bitten by the running bug. He started running 2-3kms around the block at most and joined the gym. It wasn’t until he registered with parkrun and got involved at Millwater that he really began to enjoy his running.

Two years ago, as he approached 40, Will decided to utilise his contacts at Cure Kids combined with his enjoyment of running to fundraise for his young niece who had been diagnosed with Type-1 diabetes. His ‘Four for Forty’ Challenge would see him complete four half-marathons with sponsorship coming from many of his parkrun friends and supporters. His niece, Sophie, came out to support him at his first event. “The weather in Christchurch on my first half-marathon was awful. A huge front had come over the South Island and the weather was stormy. There were almost no spectators, but little Sophie came out to see her Uncle Will cross the finish line.”

His fundraising took him to New Caledonia, a nation itself affected by diabetes, where he completed his second half-marathon; and he completed his challenge with the last two marathons on home turf on the Hibiscus Coast and in Auckland. Will raised over $2,500 for kids with diabetes, and he is so grateful for the support.

Will credits the success of parkrun to the amazing community spirit that is prevalent at parkrun events. In 2019 he was Run Director of a special ‘Westie’ themed parkrun at Millwater, where participants were encouraged to dress up in the style of ‘Outrageous Fortune’ and ‘Westside’, an event that was well-supported by the Millwater community. 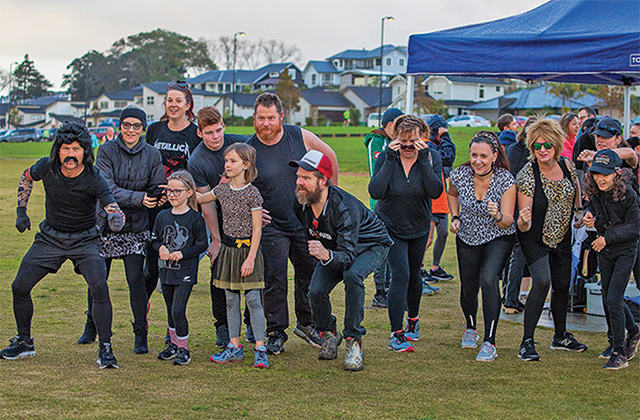 “It was such a fun event” says Will, “It gave me a whole new appreciation of what goes on behind the scenes at parkrun, and to see the event from a different viewpoint is so interesting. I got back into my character of Detective Mike McCarthy from Westside and even wore his infamous dressing gown while the runners were out on the course”. Will wrote an entertaining run report to follow. 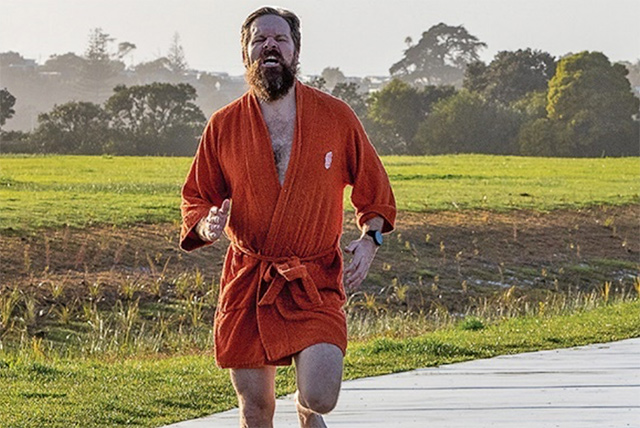 When asked about his favourite volunteer role, Will explained that in addition to writing the run report, and giving the first timers’ briefing, he loves to tail walk as this gives him the opportunity to bring his young sons along. He has also since encouraged his wife and neighbour to register and they are now also keen parkrunners.

Will has so far visited seven different parkuns around NZ and looks forward to the opportunity to visit more. “You get the bug, don’t you? If I’m ever visiting parts of the country I’ll try and squeeze in a parkrun if I can”.

Leaving Millwater behind for a few months, Will is taking his young family to Christchurch while he works on a stage production, and while he has run at Hagley parkrun several times before, he is looking forward to visiting some more of the Canterbury events. 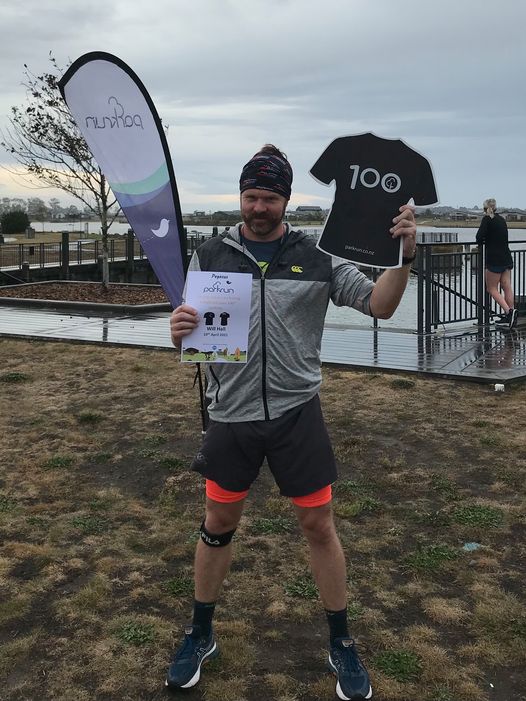 My stability in a crazy world

My first experience of parkrun was sitting in the car for several weeks just watching people come and go because I was so nervous. I thought they all looked so athletic, surely they would not want this turtle speed 50 minute-ish jogger to join them.   Eventually I summoned the courage to step up. How…

When her local parkrun started up in Pegasus back in 2016, Sandra Durand thought it was just another interest for her husband to take up. John is a runner, he has been running for years, but she was never really interested in joining him.   Initially thinking she didn’t have the fitness or confidence to join in,…