The sun was shining brightly as participants lined up on the coastal walkway ready for the start of East End parkrun’s 113th event. One of the reasons parkrun is free, for everyone, forever – because its event organisers are all volunteers.

However, there was something a little different about the volunteers this week – and ‘little’ was the operative word! 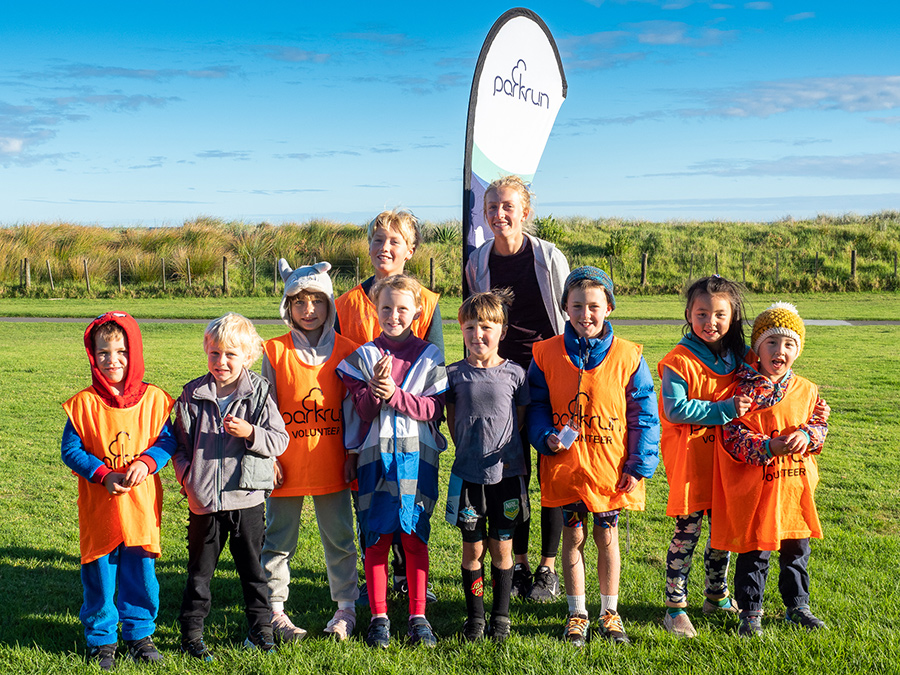 In recognition of International Children’s day all nine roles on the volunteer roster were filled by children ranging in age from four to fourteen, with all but two being under ten.

To emphasise the family nature of parkrun, four pairs of siblings were part of the team.

Eight-year-old Daisy was Run Director for the day and had confidently given her briefing to over 100 people – welcoming new parkrunners and visitors, detailing the route and thanking her team of junior ‘hi-viz heroes’.

Our two mini-marshals, four-year-old Jasper and five-year-old Harry, were already in position out on the course with their parents when our 8am start time neared. Timekeepers fourteen-year-old Greer and seven year old Pippa started their timers and parkrun was underway. People expecting to run a fast time were encouraged to start at the front while eight-year-old Cassidy, accompanied by her Dad, took up last place in her volunteer role of tail-walker, it would be her job to always be in last place to make sure that nobody was left behind. 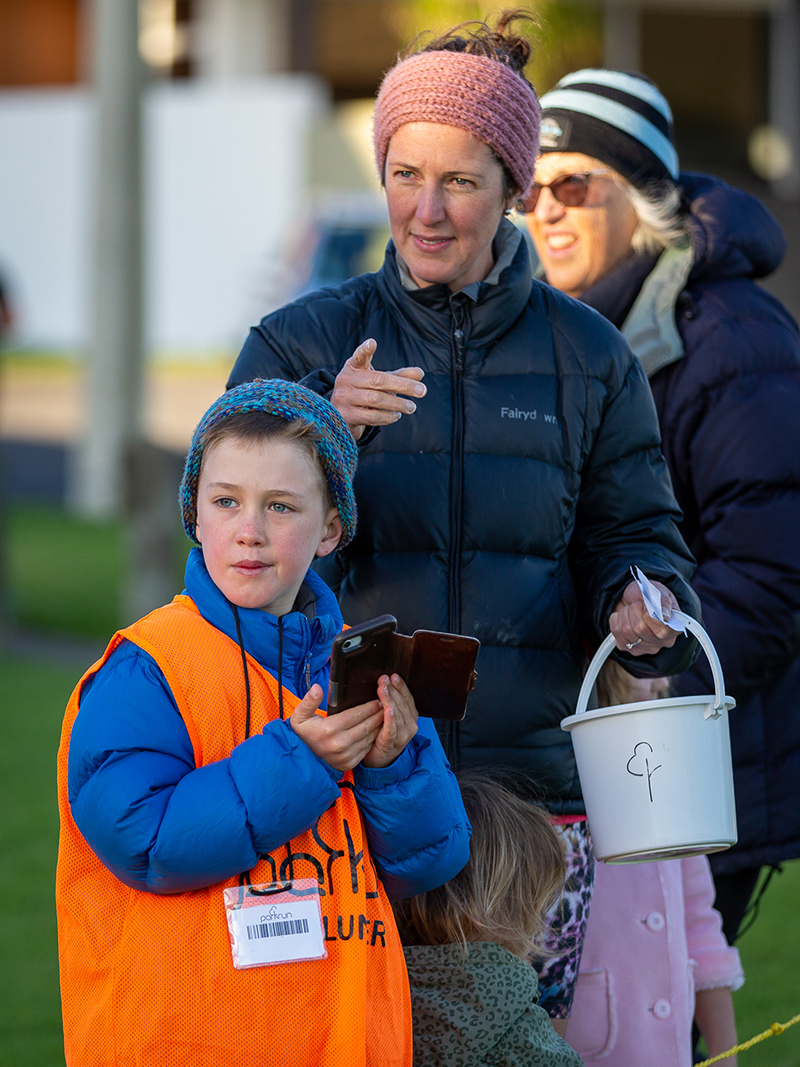 17 mins and 30 seconds after the start Pippa and Greer clicked their timers as the first parkrunner crossed the finish line, twelve year old Tate handed out the first finish token and further along the finish funnel 8-year-old Jack was ready to scan barcodes. An hour and 2 minutes after the start tail-walker Cassidy crossed the finish line completing another successful event at East End that had seen people walk, jog and run, push babies in buggies and walk dogs along our beautiful course that crosses the the multi award winning Te Rewa Rewa bridge and affords stunning views of both ocean and Mount Taranaki. All the while volunteer photographer, five-year-old Teddy, had been snapping photos on his Mum’s phone to later share with participants on East End’s Facebook page. 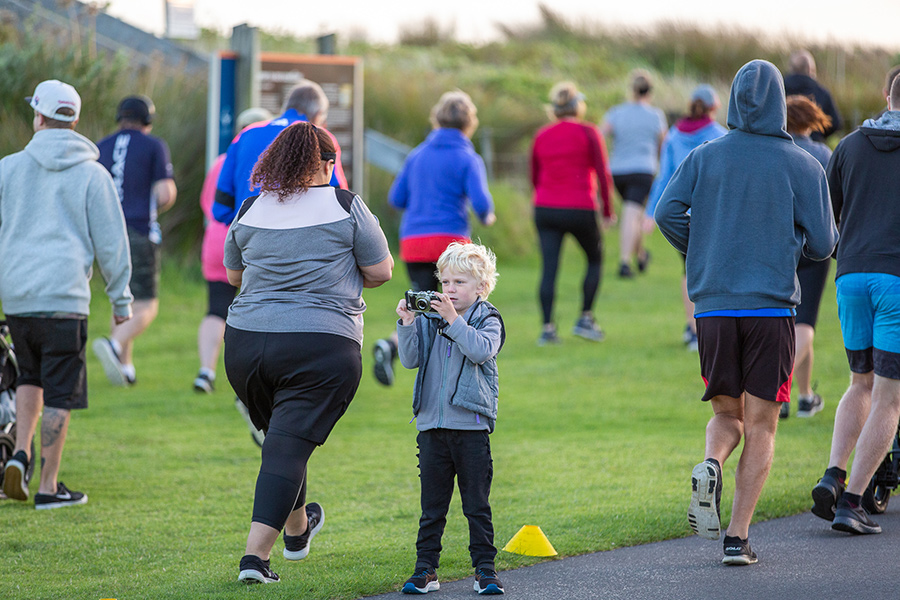 Daisy gave out mini chocolates to all children taking part but none to adults – so unfair; but kids were in charge and that was the rule! Without exception all the children did an amazing job, doing their own designated tasks as well as helping out with setting up of the course & packing away of all equipment. Maybe more adults will have the confidence to volunteer now they’ve see how well the kids handled things. 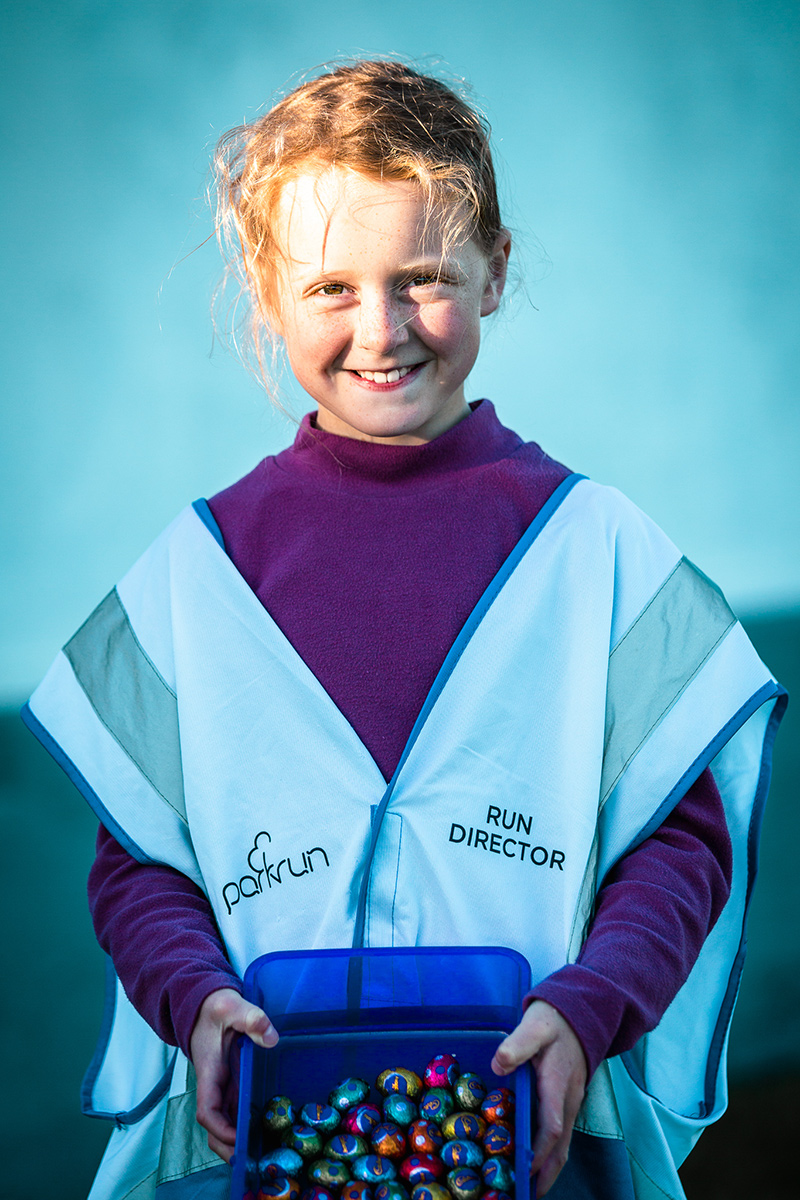 The future of parkrun is certainly in safe hands, kids love taking part and it’s fabulous they are learning to recognise the need to contribute to our organisation. Some volunteers are runners or walkers themselves but volunteering can be a great alternative for kids and adults alike who may be a little daunted about the 5K distance. Perhaps more importantly, kids like these will grow up with a taste for volunteering and go on to contribute to the wider community in general.

East End parkrun is held every Saturday morning starting at 8am. Location of start is close to the East End surf club on the small grass reserve at the bottom of Seaton Street. For more information and to register for free please visit the event website.

My stability in a crazy world

My first experience of parkrun was sitting in the car for several weeks just watching people come and go because I was so nervous. I thought they all looked so athletic, surely they would not want this turtle speed 50 minute-ish jogger to join them.   Eventually I summoned the courage to step up. How…

When her local parkrun started up in Pegasus back in 2016, Sandra Durand thought it was just another interest for her husband to take up. John is a runner, he has been running for years, but she was never really interested in joining him.   Initially thinking she didn’t have the fitness or confidence to join in,…