Pegasus parkrun in the Waimakariri District of Canterbury, 15 minutes north of Christchurch, is known for beautiful views, spectacular sunrises and a “strikingly photogenic” suspension bridge over Lake Pegasus.

The parkrun is set in the relatively new town of Pegasus Town, formed only in 2008 and named after nearby Pegasus Bay. 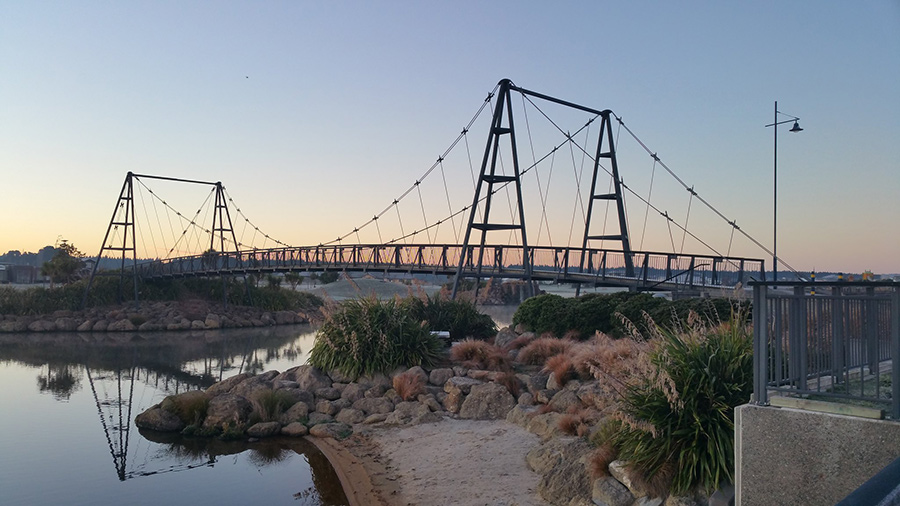 They also have an alternate out and back course during winter when the bridges can be slippery, which still takes in the same pretty views of the Southern Alps. The course is both dog and pram friendly.

Launching in June 2016 with 60 parkrunners, the event has just notched up their 250th milestone. They now average around 90 parkrunners and are a local institution in the growing Waimakariri District.

Throughout Pegasus parkrun’s history, they have only cancelled once due to adverse weather, not counting the COVID-19 pause.

Event director Chris van der Leer used to be a solitary runner, but many years back, his partner suggested they try a local parkrun.

“I preferred my own company as I pounded the pavements and trails. I was apprehensive at first, but she convinced me to give it a go. So we went. And we went again. And here we are! The thing that attracted me was it did not require any form of commitment. I could show up to soak in the good vibes, and then show up a few weeks later and people would recognise me and say hello.

“We now have a committed core team of volunteers who do a fabulous job of welcoming everybody each week and keep the events fun and fulfilling for visitors. And I love that we have people from all walks of life and backgrounds who make the effort to travel to Pegasus Town – from Canterbury and beyond,” Chris said. 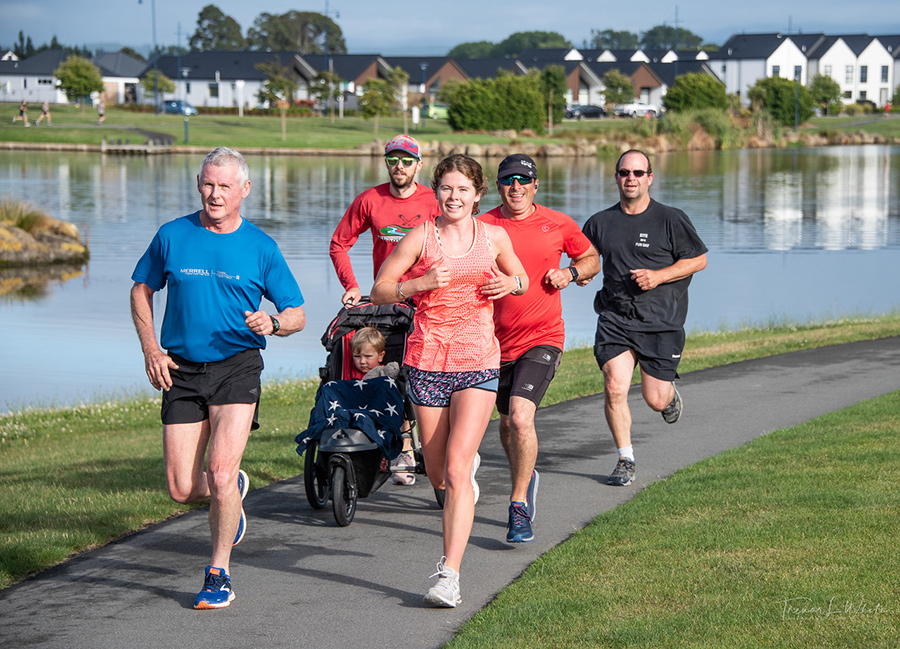 Pegasus parkrun, like many others, has helped springboard people from a life of inactivity to running marathons and competing in Ironman events.

The Pegasus team heads to Flat White Café by the roundabout on Pegasus Boulevard, for a group coffee and short quiz after the event each week.

“Everyone is welcome – simply look for the large group of happy parkrunners and take a seat to join in,” Chris said.