In 2017 the New Zealand Government passed a bill that recognised the Whanganui River as a living person.

It has guardians appointed to speak on its behalf in order to protect it.

The river is what makes Whanganui Riverbank parkrun special. Run Director Michelle Selby says even though most of the city’s runners run beside it regularly it never grows old.

“It’s really pretty and the river always looks different. We see people rowing, fishing, plus the market at our turnaround point.” 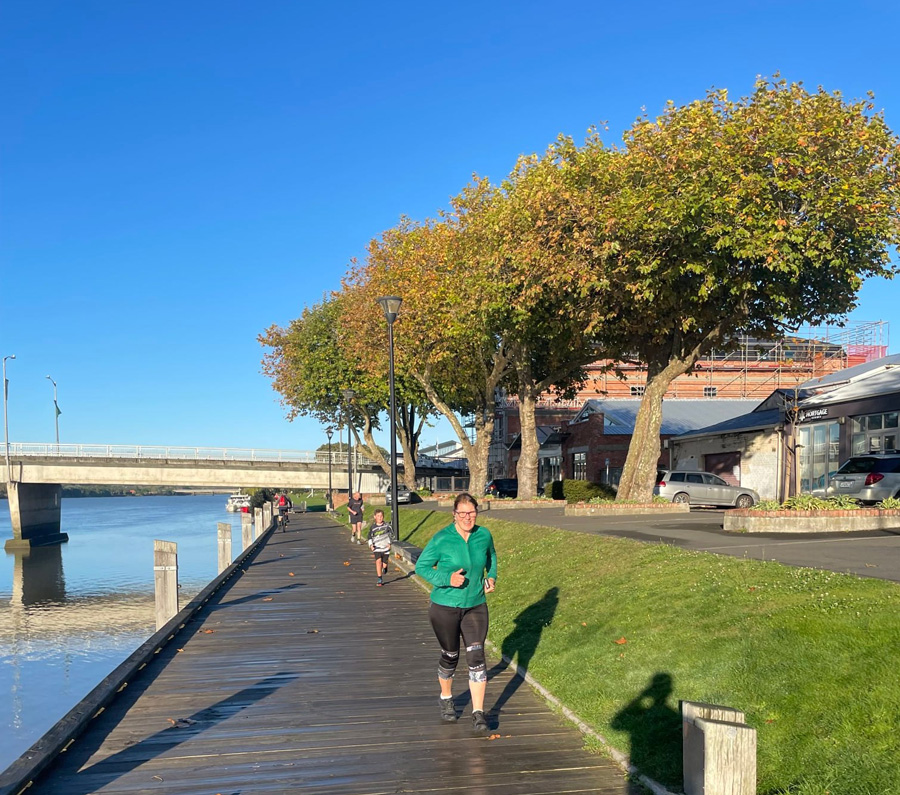 “There’s quite a good vibe along the way.”

The path is also littered with sculptures, the turnaround is marked by a huge globe with a map of the river etched in it. There’s also a set of pencils, which Michelle says is a reminder to stand tall and be strong.

Whanganui Riverbank parkrun was all set to start in April 2020 but was delayed due to Covid.

When New Zealand parkruns returned in the July, Whanganui Riverbank launched with 76 parkrunners and 13 volunteers.

Its record is 83 (week two) but this is one of New Zealand’s more intimate events with an average of 36. 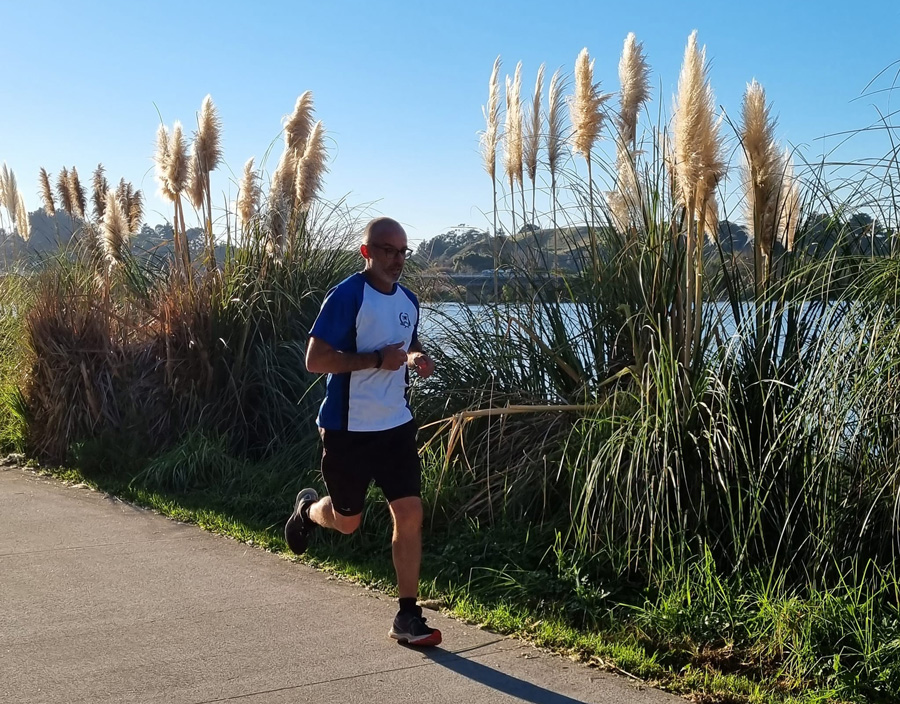 The parkrun was founded by Judy Mellsop, who remains as Event Director, after she learned of parkrun via her son. She joined him at one event and saw it was a way to get a community active together.

“So, without too much thought and with no idea of the hiccups and hurdles I’d encounter I clicked the ‘start a new parkrun’ button on the parkrun website,” Judy says. 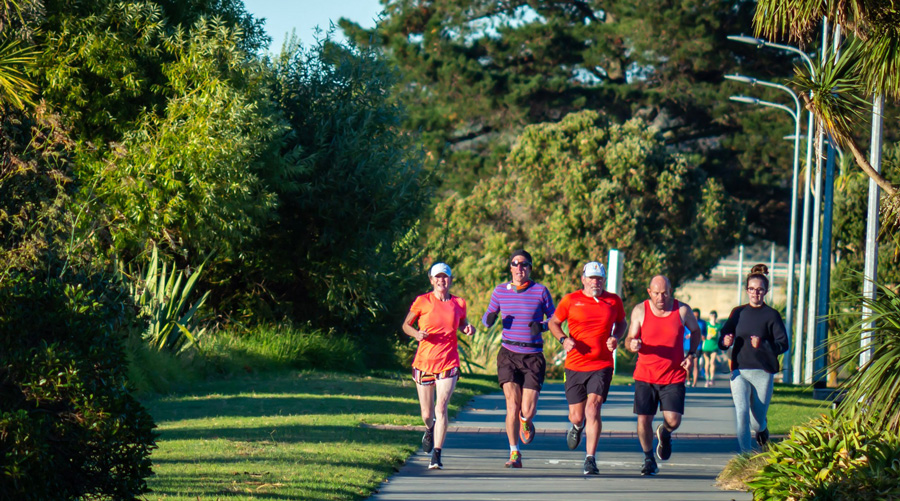 Michelle says the event has slowly brought people together.

“When we started people would run and then leave. Now there are more people staying afterwards and talking to each other.”

“Our parkrun is building its identity, even with all the interruptions. I love our community, it’s supportive to everyone from the fastest to the slowest.” 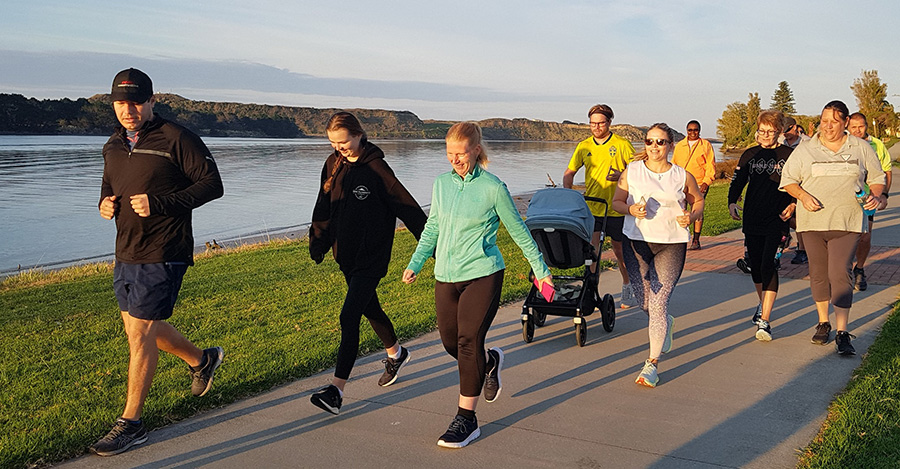 “When I heard parkrun was coming to Whanganui I was very excited. I had been a regular at Kapiti Coast from when it started but we moved in 2016 so had a long wait.”

“Another friend from Wellington moved to Whanganui and we would talk about starting a parkrun here but we felt we didn’t know enough people to get the volunteers. We’re glad Judy got it started.” 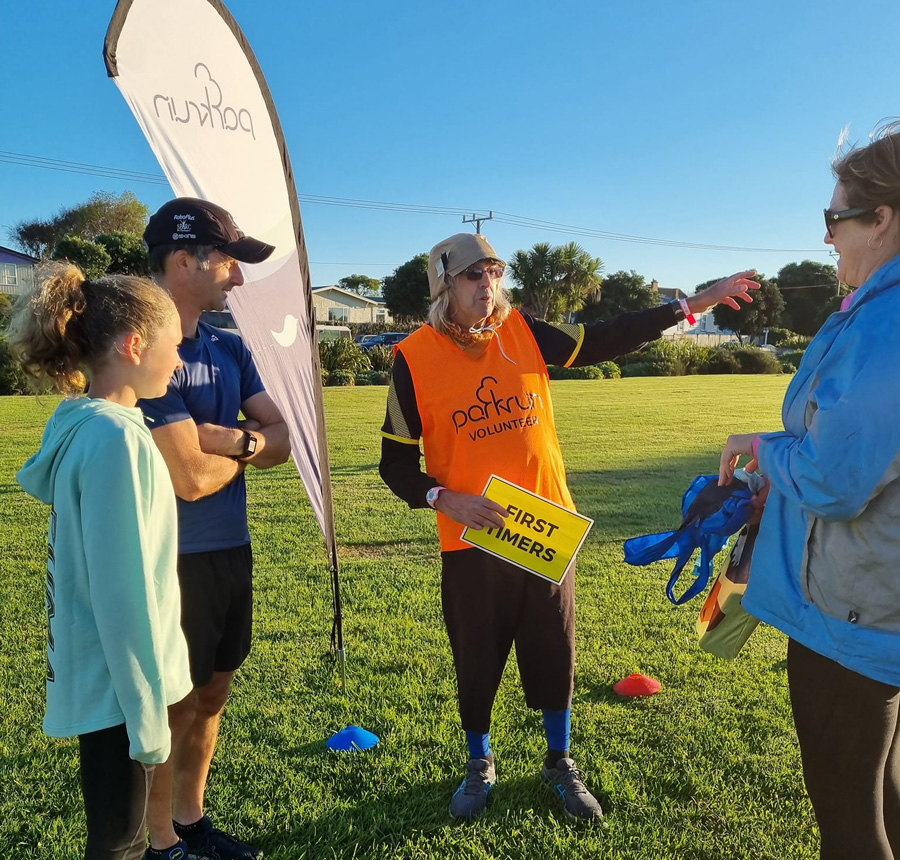 After parkrun they head to Columbus Cafe at Mitre 10 Mega for refreshment. 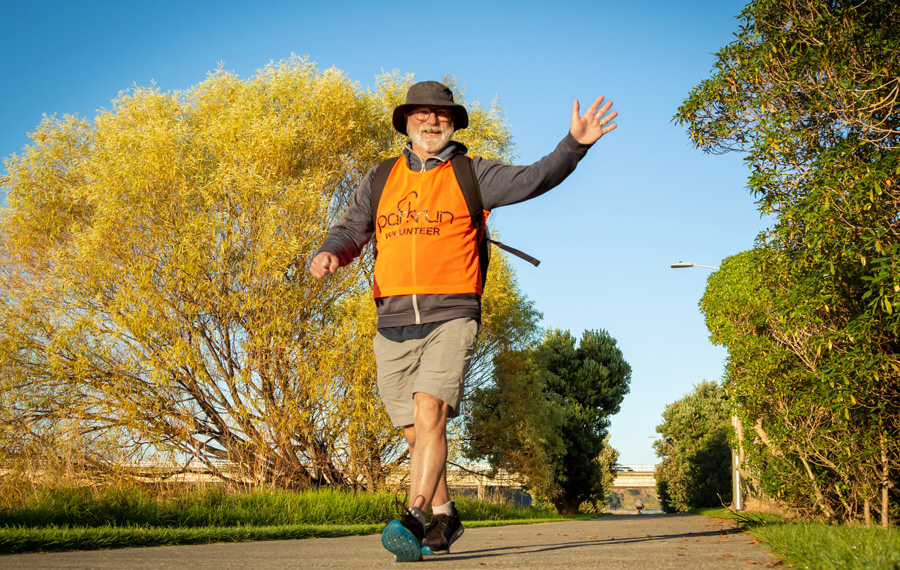 If you’re interested in volunteering at parkrun, please contact the local team via their website or their social media channels, or speak to them at the event. Here are some short videos about some of the fun and easy volunteering opportunities available every week:

Owairaka parkrun in Auckland is one of New Zealand’s newer parkruns. With a growing number of walkers, friendly locals and an amazing post-parkrun cafe, there’s something for everyone according to Event Director Julie Collard.   To the unassuming eye, the house opposite the Owairaka parkrun start line is nothing special. But to the initiated it…

The importance of being included

Achilles New Zealand aims to provide people with disabilities the opportunity to participate in mainstream local, national and international events and ensure social connection within the community.   Suzanne Hardie, the Chapter Leader at Achilles Tauranga, explains how Achilles is building a strong relationship with parkrun.   Achilles Tauranga is a group of athletes with…