You’d be hard-pressed not to find a reason to visit Queenstown parkrun.

It’s the only Q parkrun in New Zealand, but also finds itself nestled among some of the most breath-taking scenery. Add to that the variety of experiences visitors can enjoy while in town and its surrounds, well you might as well just book a trip now!

Queenstown parkrun started on June 9, 2018 with 103 participants walking, running and volunteering in the beautiful Queenstown Gardens. It averages 76 finishers a week but post pause its numbers have averaged at 59 a week. The run is two laps around the gardens.

“We have views of the Remarkables Mountains and they’re pretty and unrivalled.” 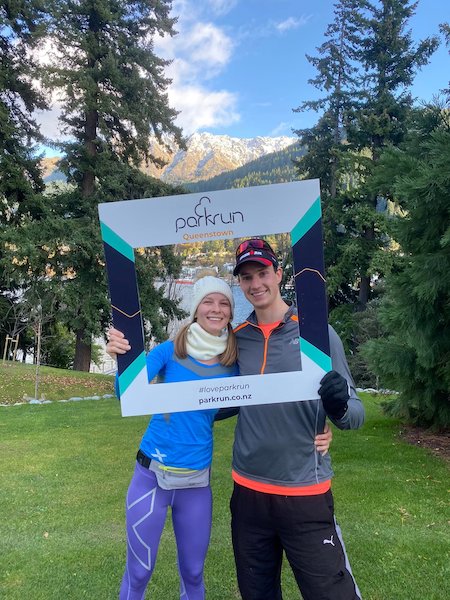 “I’m not biased in any way but it’s a beautiful view, especially in winter if you have a clear day, with the snow-capped mountains across the lake.”

“Our event is run through the botanical gardens then through a pine forest, so you pop out and go from super sunny to completely shaded.”

“When you leave the forest, you get the view of the Remarkables and Lake Wakatipu.”

“Every tourist goes OMG when they see the mountains, it’s almost like you have to remember to turn.”

“You don’t want to get too stunned by the view and end up in the lake!” 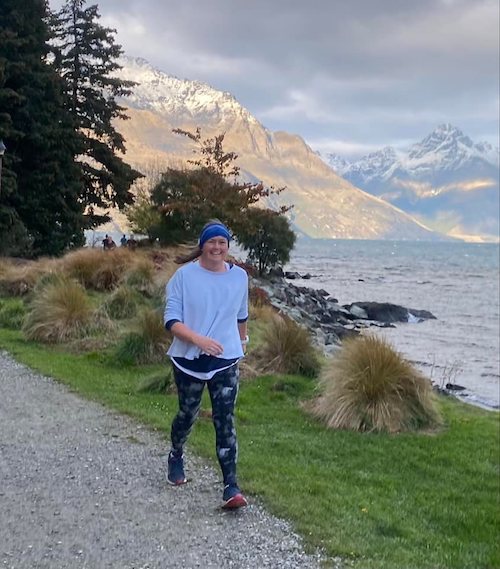 The event cancels once a year for the Queenstown Marathon and is a 9am start in winter, along with Invercargill, Wanaka, Balclutha and Dunedin parkruns.

It was when Chris moved from Australia to New Zealand that Queenstown parkrun was born.

“I started parkrun in Sydney. Before moving to New Zealand, I lived in Australia for eight years.”

“I’d gotten into distance running and one of my colleagues was a triathlete. He said I should check out parkrun and told me how to find my closest event.”

“After looking it up and thinking it was pretty cool, I joined in at St Peters parkrun in 2016 which was the first in Sydney. I loved it.”

“Two years later my wife, Jamie, and I decided to move to Queenstown full time for a lifestyle change – we had some land and had built a holiday house.”

“We started looking up the closest parkruns and there was none.”

“I heard that Wanaka was going to start one and that town was smaller than Queenstown and still 100km away.”

“I thought to myself ‘how could Queenstown be the tourism capital of the South Island and not have a parkrun?’”

“One reason I wanted to get to a parkrun was I didn’t know anyone and thought the running community was where I would meet like-minded people.”

“I reached out to Noel and Lian from parkrun NZ through the normal channels and they told me they were coming to Wanaka and I should meet up with them.”

“After Wanaka’s inaugural event before Noel and Lian were going to depart from Queenstown I offered to take them on the course.”

“My wife and Lian had coffee at a potential parkrun café while I took Noel around Queenstown Gardens.”

“He said he thought it would be the most beautiful course in all of New Zealand.” 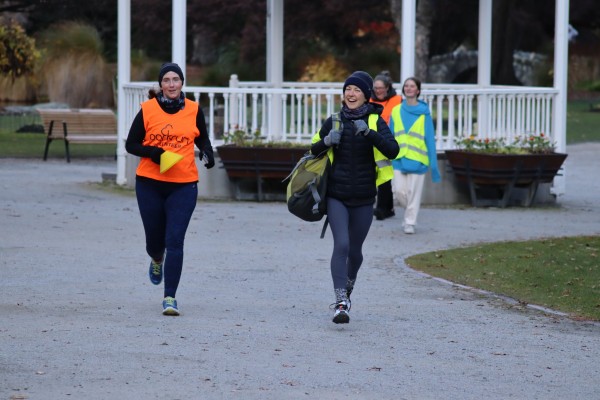 After parkrun they wander over the road to Yonder Café on Church St, which offers discounts for parkrunners.

Explore the many surrounding trails and lakes or try out one of the many adventure activities.

Queenstown has many cycle trails and wineries. Hire a bike and visit the wineries, or book onto an organised tour. Known as the adventure capital of New Zealand, visitors can visit the original Bungy site, go jetboating, skydiving or chill out in the Onsen pools.

What’s in a name?

There are many theories as to how Queenstown got its name. It was most likely named after Cobh in the Republic of Ireland which in 1849 was renamed Queenstown in honour of Queen Victoria (Cobh reverted to its current name in 1920 during the Irish War of Independence). Its Māori name is Tāhuna, meaning shallow bay.

parkrun Germany has reached its fifth anniversary, and with 49 new locations and 4,512 events, there is a lot to celebrate!   With all 169,359 finishes over the last five years, we have walked and ran 846,795k in Germany – the equivalent of travelling around the world over 21 times.   4,630 volunteers have supported…