parkrun tourist Lucinda Cobb wrote last week’s rum report from Malmö Ribersborg parkrun, giving her experience of being part of the first large group of parkrunners ever to run two parkruns in two countries on one day.

My usual journey to parkrun is a short 15 minute drive, but after planes, trains, metro and buses (and 5km in Copenhagen!) it was time to take on Malmö Ribersborg. It was a bit windy at Amager Fælled but that was nothing compared to the gale that was blowing in from the sea to challenge everyone taking part. However a super friendly event team led by Katherine was there to greet the contingent that came across The Bridge. After trying to keep warm and shelter from the wind we were all off on the second parkrun of the day, trying to get the legs moving after half an hour sitting in the warm train.

The route started out along the sea front with lovely views over the coast and the white horses crashing onto the beach, although the wind made running difficult at times, almost stopping you in your tracks. Before long it was back through the park, and the used fireworks, but with the wind working in our favour pushing us back towards the start, albeit only temporarily as we faced the wind on the final push to the finish. As everyone crossed the line to plenty of cheers, including Anne who had also made the crossing from Copenhagen, it was a battle to get jackets back on to keep warm and then fight our way across to the bridge, where the wind was truly epic, to the Kallbadhus. Here there was a wonderful selection of delicious cakes, sandwiches and warm coffee which were quickly consumed by hungry runners. I don’t think anyone was brave enough to take a dip in the outdoor pool, maybe something for a return trip in the summer? 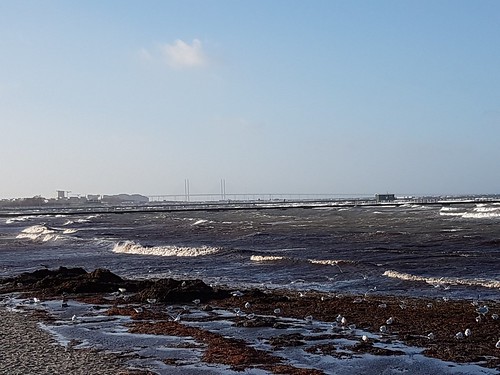 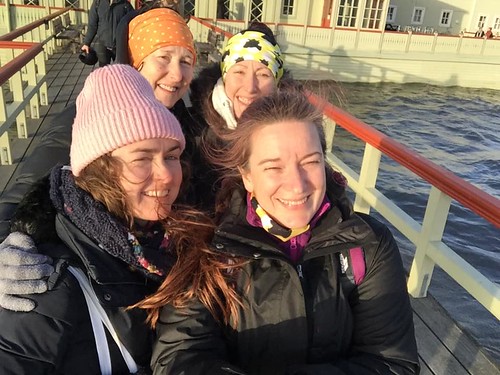 A new course record of 152 people ran, jogged and walked the course with a massive 132 first timers! A special well done to Emma Vallée who was today’s only first first timer taking part – a great day to start your parkrun journey and we hope to see you back soon. 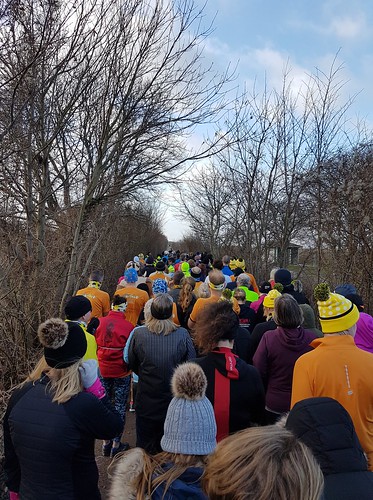 Congratulations to Dani Mattingly who joined the 50 club today! Gitte Schwartz and Rene Jensen both recorded new PBs – well done to you both.

Today’s event would not be possible without our fabulous volunteers, thanks to Anders Staffe, Andy Moore, James Clay, Jesper Lindall, Karolina Górska, Katherine Thomson, Nils Persson, Philip Dunstan, Rikke Nissen, Robert Andrew Mills and Stuart Henderson. If anyone fancies giving volunteering a go we are always looking for more people and it really does give you as much satisfaction as running. 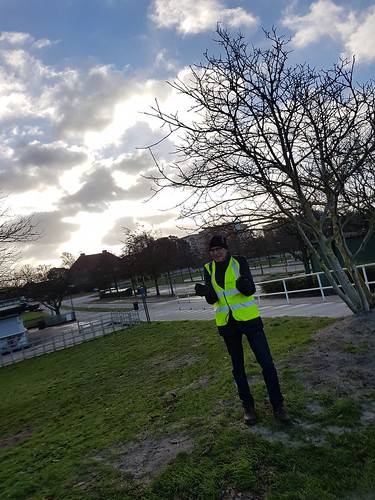 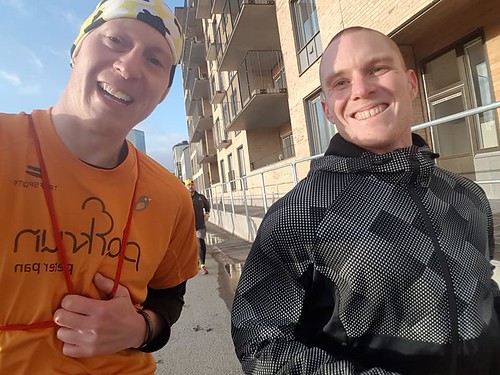 Today’s NYDD saw hundreds of people come from overseas, but there were several Malmö regulars who travelled in the opposite direction to join in both events. With so many tourists taking part there were some impressive running stats. Today’s 152 participants have accumulated 24,196 parkruns in total, equating to 120,980kms or the equivalent of three times round the circumference of the world – amazing figures! The growth and success of parkrun shows how times have changed, for many of the people taking part today, I’m sure if you asked them a few years ago if they would be running 10km across two countries all before lunch on New Year’s Day they would have thought you were mad.

It is widely acknowledged that parkrun is more than just a run in a park and this new year trip has truly shown that. There was a real sense of community in everyone who travelled from the UK, but not only in us Brits but in the fabulous events teams at both Amager Fælled and Malmö, and that’s the real sense of satisfaction from this trip. We came for an adventure and what brilliant adventure it was. None of it would have been possible without the accomplished directors of Anne Petersen and Katherine Thomson for putting on great events, the wonderful Anders Staffe (enjoy your 100th run this weekend!) for providing excellent information covering everything we need to know to get to the events and for being the ‘teacher’ that got the ‘kids’ over the bridge, and also to Andy Moore for pulling this group together and creating the NYDD community – we cannot thank you all enough. 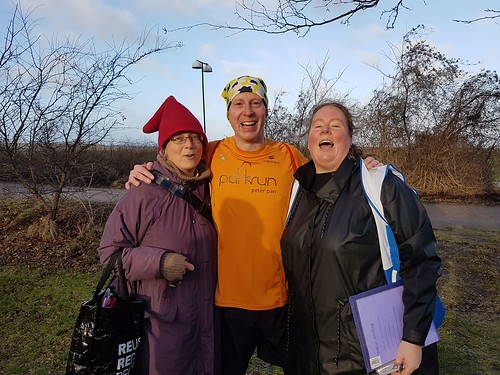 So after a fabulous couple of days there are only a couple more things to say;
- don’t forget to volunteer, parkrun won’t happen without you
- Katherine we wish you every success in continuing to grow and develop Malmö parkrun over the coming months
- hope to see you all again somewhere on a tourist run,
and finally
- where are we going next New Year’s Eve?!