10 years of parkrun in Denmark!

This Saturday, it’s 10 years since the first event in Denmark was held at Amager Fælled in May 2009.

We share a few words with the man behind the launch of parkrun Denmark (the first parkrun territory outside of the UK), Jonathan Sydenham, and look back at the photos from the first event (thanks to Rich Kennington for these). And we meet the woman with the famous clapping hands, Anne Petersen.

“Bringing parkrun to Denmark is one of my proudest achievements” writes Jonathan. “I became a parkrunner when there were still only two or three events in the UK, fitting my visits home around getting down to Wimbledon Common and later Brighton so I could get a parkrun in. Hove Park is still the venue where I’ve done my largest number of parkruns (seven). 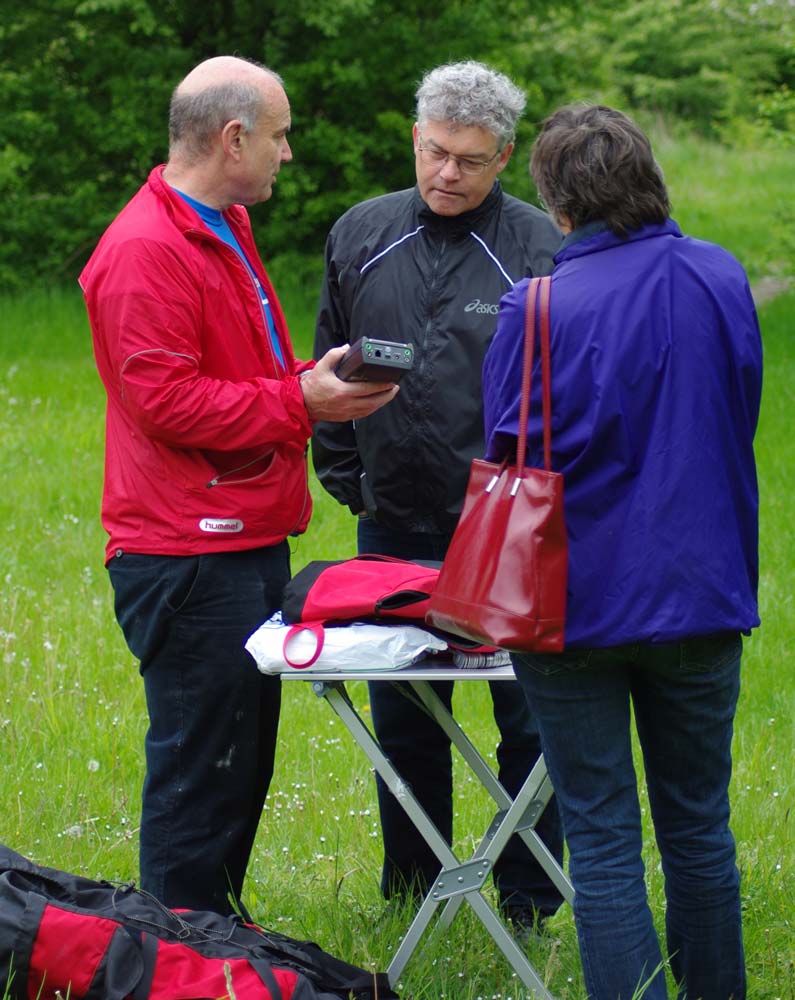 Before the start on the big day 10 years ago. The timer seen in the photo is still being used to this day.

It was in Brighton that Paul Sinton-Hewitt and Roger Wilson came down to see me to discuss starting Amager Fælled parkrun in Copenhagen. I wanted to be able to parkrun every Saturday and not just a few times a year. I also wanted a training run for Cityløberne, the running club I’d just started on the back of a huge novice runner programme organised by DGI (one of the two Danish sports organisations). DGI agreed to fund the equipment we needed, although Paul would have happily given us everything including the TAG Heuer timer Amager Fælled parkrun still uses to this day. 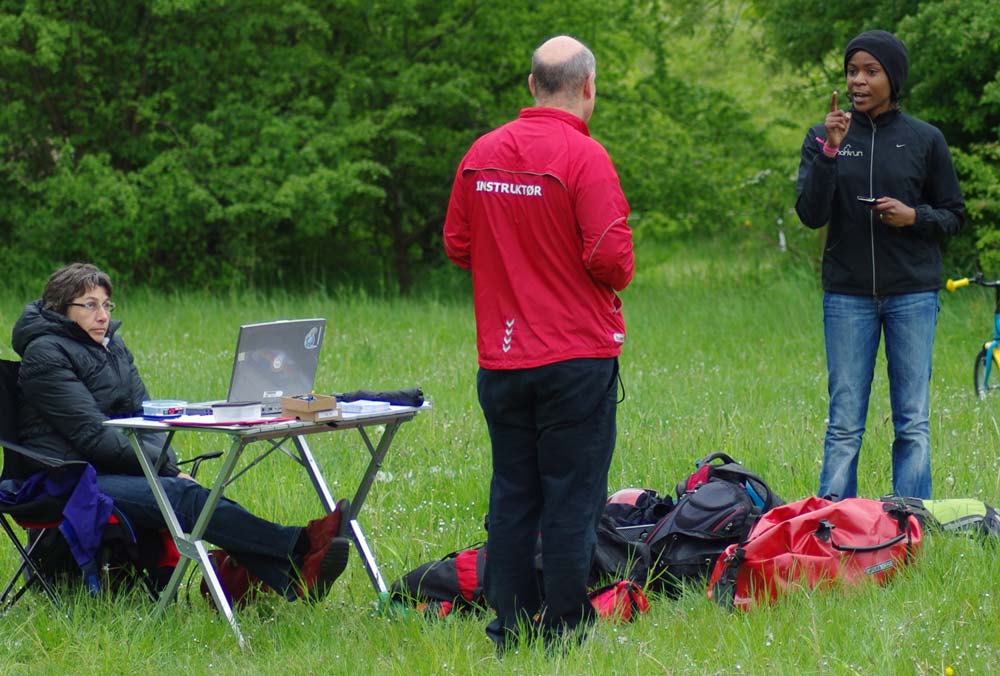 How did things go? 20 runners and 7 volunteers and everything seemed to go smoothly at the first event.

But it was with great pleasure that I transferred about a thousand pounds to UKTT in England to pay for it ten years ago, funds from DGI. For a long time I was able to pay for other equipment such as scanners and place tags with funds from DGI’s Copenhagen region, and one of parkrun’s greatest supporters at the regional office from the very start was Charlotte Bach Thomassen, who was elected this year to the chair of the national organisation. 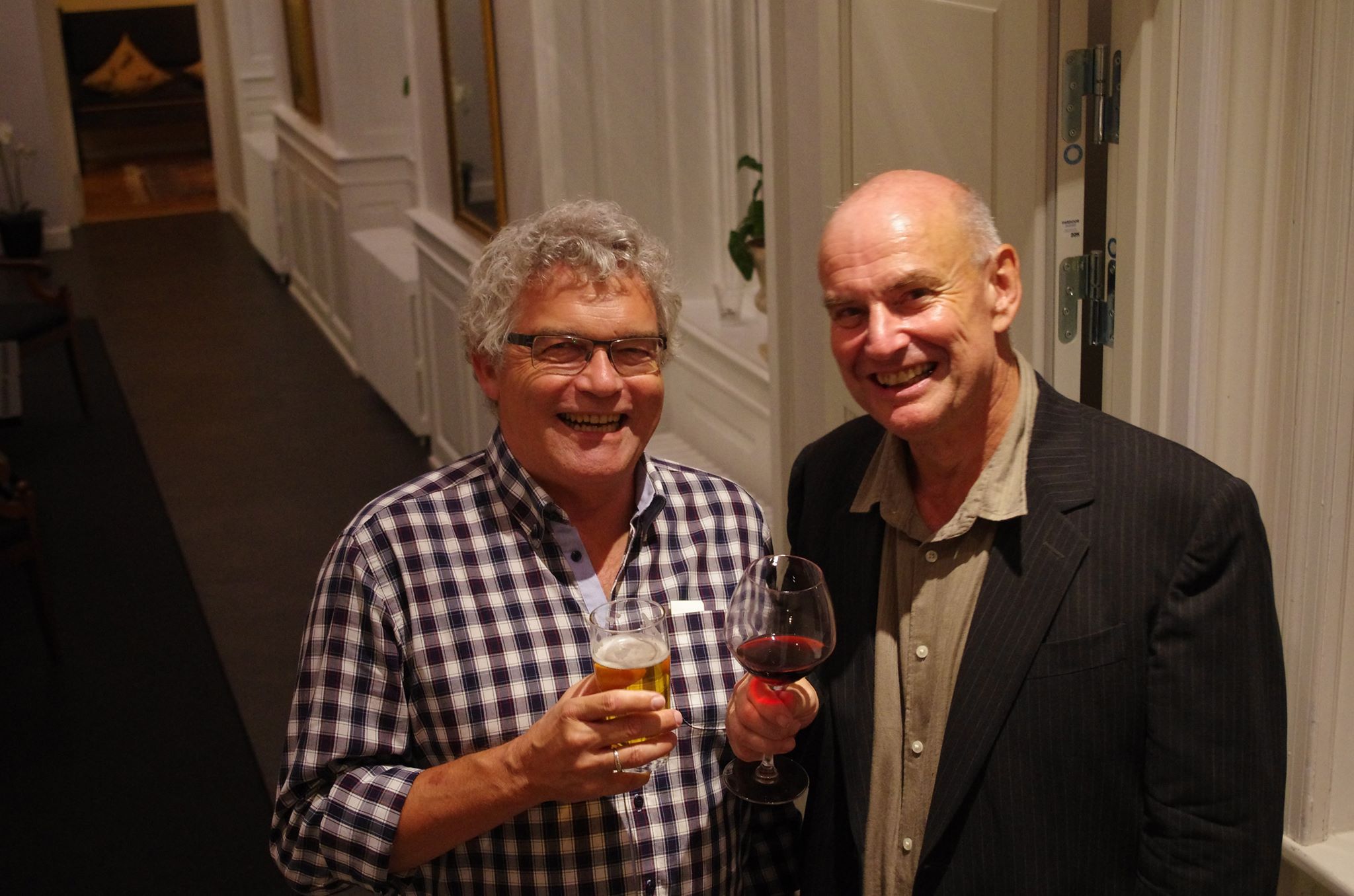 Cityløberne came complete with Henrik Poulsen. Without Henrik Amager Fælled parkrun would not have endured. He also taught the Event Directors from almost all the other Danish parkruns that started subsequently. Henrik and I, with help from my wife, spent most Saturdays in the first years putting on each event as Amager Fælled parkrun slowly grew in numbers. And now I live in Odense, which has no parkrun. Yet….” 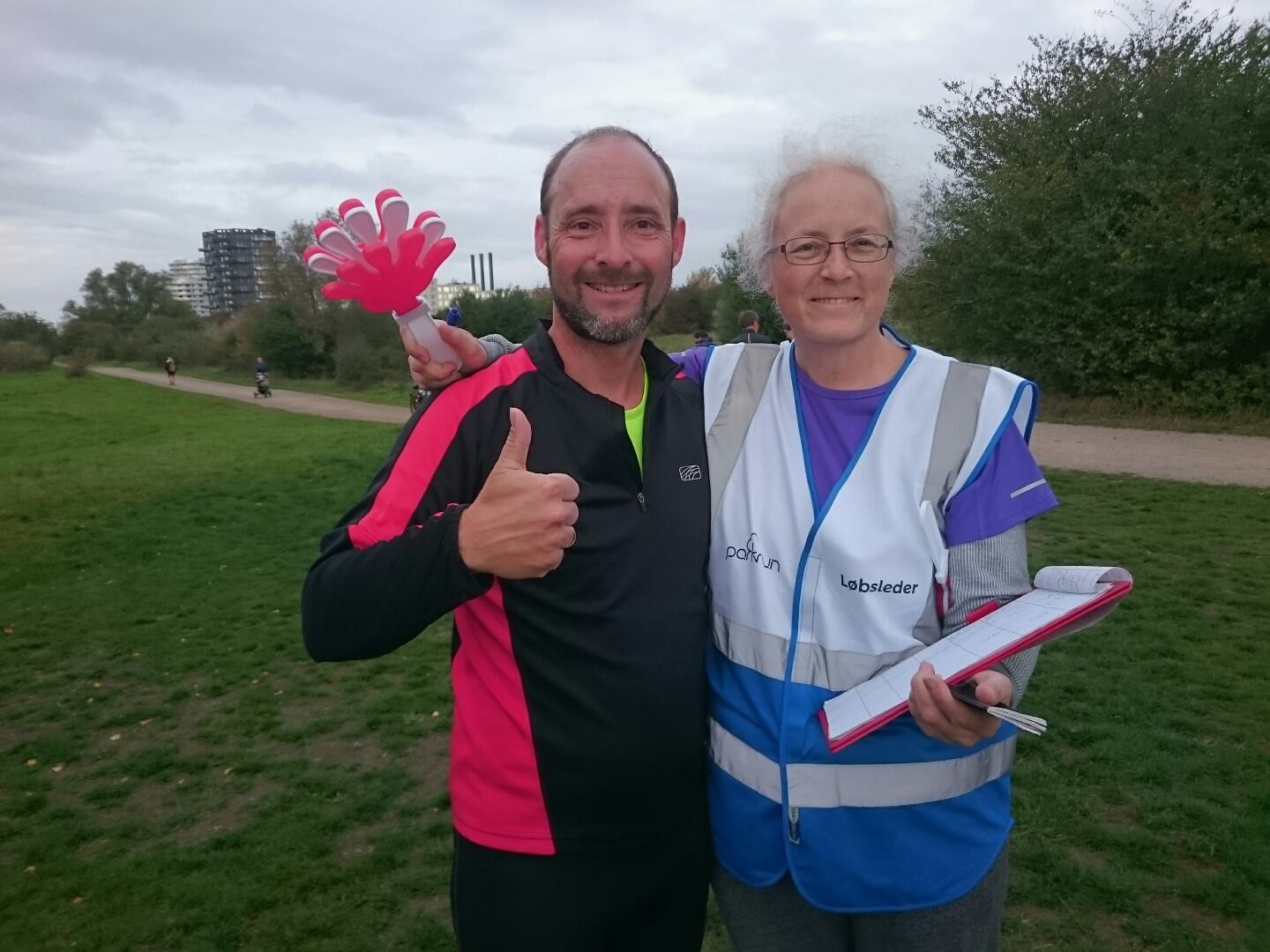 “Amager Fælled parkrun had already been going for more than 3 years before I discovered it” says Anne, pictured above with a parkrun finisher. “Sadly, I don’t remember where I heard about parkrun – but I did my first parkrun August 14, 2010, and have run 8 in total – plus 8 Freedom runs. 4 of my parkruns were early in 2012.

Later that year, in August 2012, an acquaintance suggested we go and cheer at the marathon runners at the Copenhagen Ironman, and that’s where I had my cheering debut. I enjoyed the opportunity to yell, scream, applaud and jump up and down, and fortunately I knew of a place where I could do it 52 times a year and not just once a year. 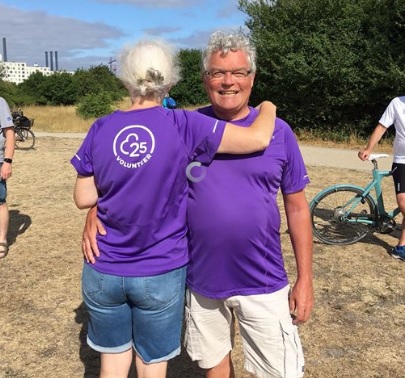 Anne and Henrik in their volunteering t-shirts.

I don’t remember how I got into volunteering, but it combines well with cheering, and parkrun has become my Saturday morning habit. “My” parkrun isn’t huge, but it’s very hyggelig. The TAG Heuer timer still works, but it’s been a few years since it printed the times on a long piece of paper. We’re looking forward to the next 10 years – though we would not mind a few youngsters joining the core crew!”