A parkrun tour Down Under

This holiday season I have been lucky enough to be enjoying a holiday in Australia, visiting family. And luckily enough for me, of course Australia is a country which is blessed by a huge number of parkruns to choose from, so it has been great fun planning and selecting which parkruns we could do when we were over here. Not only that, but as Australia hosted a special extra event on Christmas day, plus the New Year’s Day events (where you’re able to run two events on the same day), this meant that I would be able to fit in 6 events in just over 2 weeks that I was here – not bad going!

The weather here is hot and dry, and as you will have most likely seen on the news, that has resulted in devastating fires across the south-east of the country, the results of which we have seen on our journey. Everyone is waiting for a big deluge of rain to arrive. 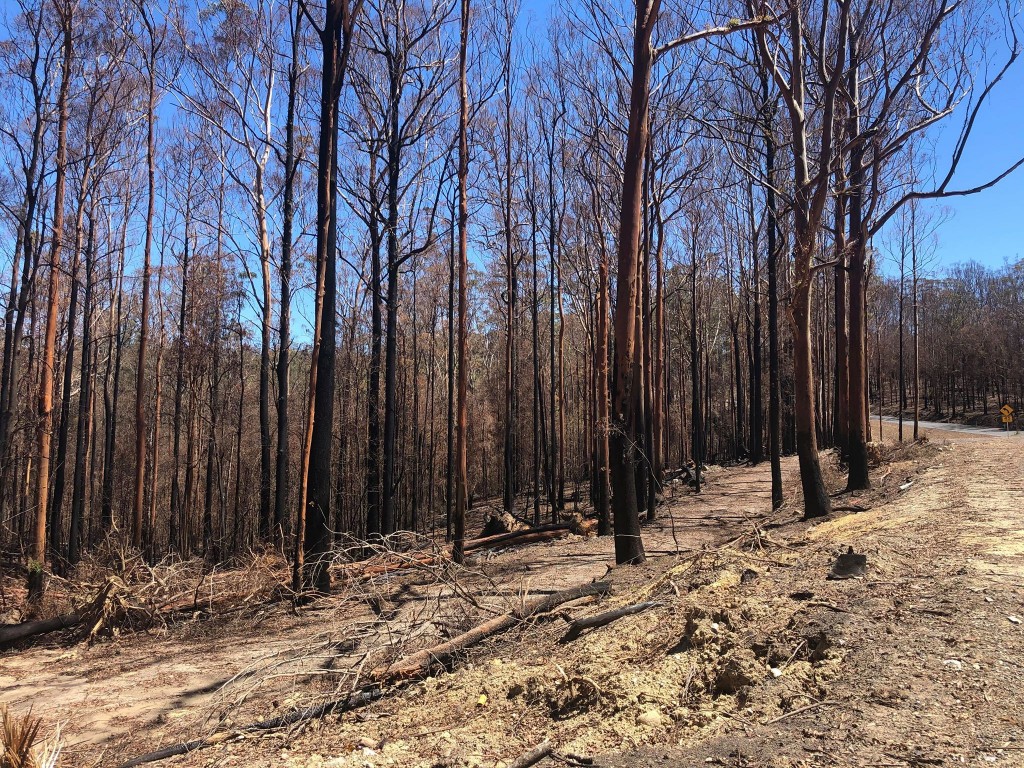 As a result of the heat, events start early here, as early as 7.00am in Queensland. For my first two events, I managed to choose two of the toughest parkruns in Australia, with Nambour parkrun holding the unofficial title of being the hardest event in the whole of the country. 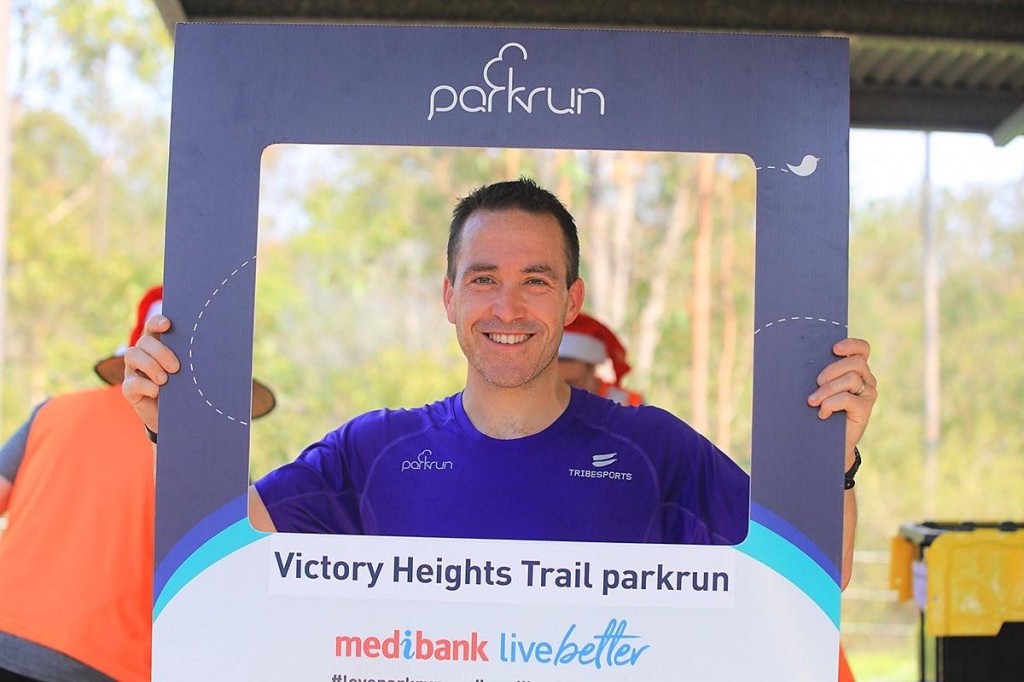 First up was Victory Heights parkrun in Gympie, which shared a course with a winding, hilly mountain bike track that snaked around a nature reserve in the town. If we weren’t going up and down we were going around horseshoe shaped events or over small bumps and jumps! It was similar to Haga parkrun in size, and seemed to be a friendly, local event (I was the only tourist that day) that had been a real bonus for this small town. 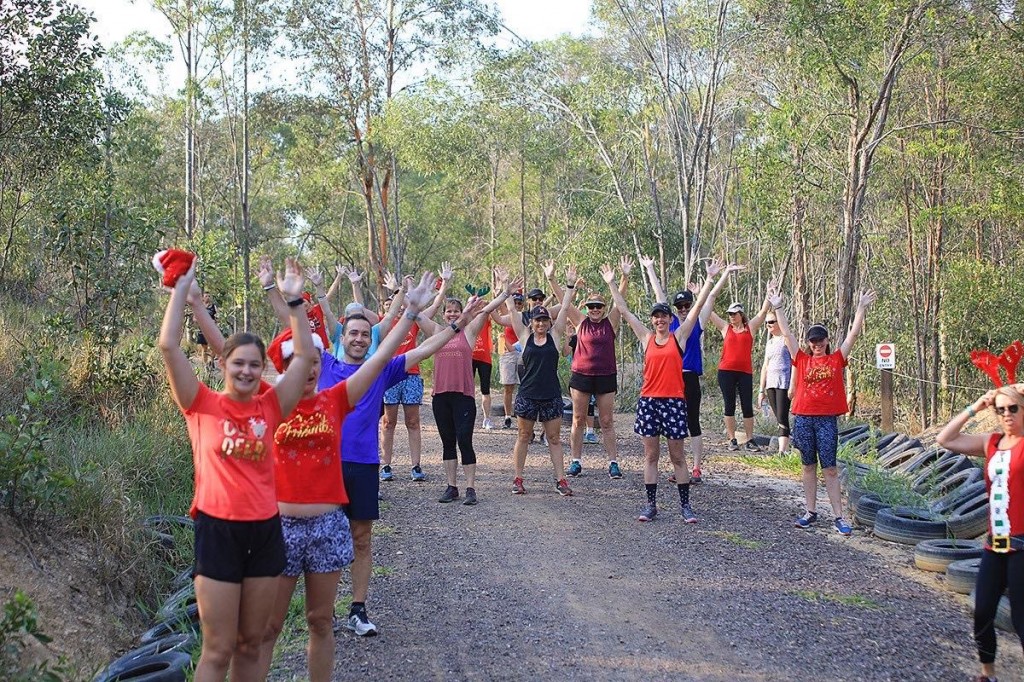 Victory Heights wasn’t holding a Christmas Day event, so this meant an hour’s drive to Nambour parkrun – an early start when the parkrun starts at 7am. As my wife and I tiptoed out of the house at 5.30, our 9 year old son Leo appeared from his bedroom and demanded to join us – of course! So the three of us headed off to parkrun, adorned with Christmas hats and some tinsel. 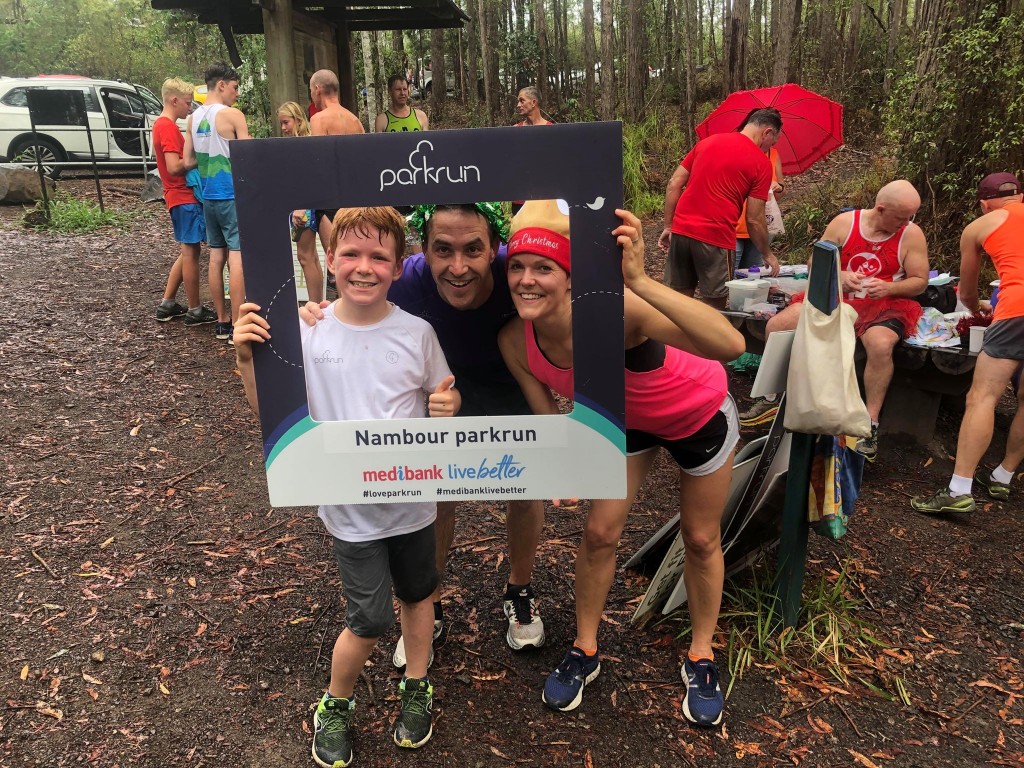 As well as being famous for its hilly course, Nambour is also known for the emu that sometimes joins runners on the course, but alas we didn’t get a glimpse of him this time. I did see some kangaroos though, who hopped away from us with a spring in their stride which we could only envy. With the dry conditions, traversing the creek halfway through the course was at least easy, but despite giving it my all, I was still 90 seconds slower than my previous slowest parkrun – which was 4 days before at Victory Heights! It was proving to be tough going in Australia! 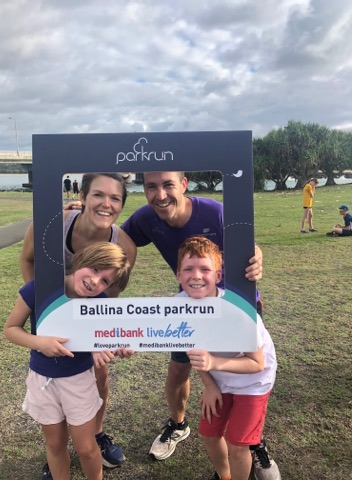 Next up was a family affair, when we were making our way back down along the East Coast, this time in the small coastal town of Ballina. Ballina Coast parkrun was what we might call a ‘double out and back’, first running one way along the coastline, then returning along the same way, passing by the start/finish area, and heading out again along the water until turning once more and heading back for home. There were lots of young families running together, so we felt really at home running with the kids here. 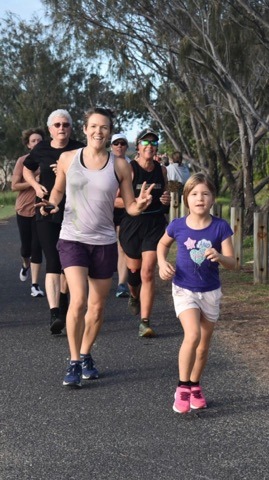 It was the event’s first time using the Virtual Volunteer App for timing and scanning, and everything went well, despite them having a record attendance that day of approaching 300 runners. I stood by the finish after I had completed the run, and just spending a few minutes there reminded me of everything that is great about parkrun – a woman elated after finally breaking 40 minutes, a grandmother walking around parkrun for the first time, children sprinting away from their parents on their way to the finishing line. And a friendly and competent volunteer team keeping everything under control. 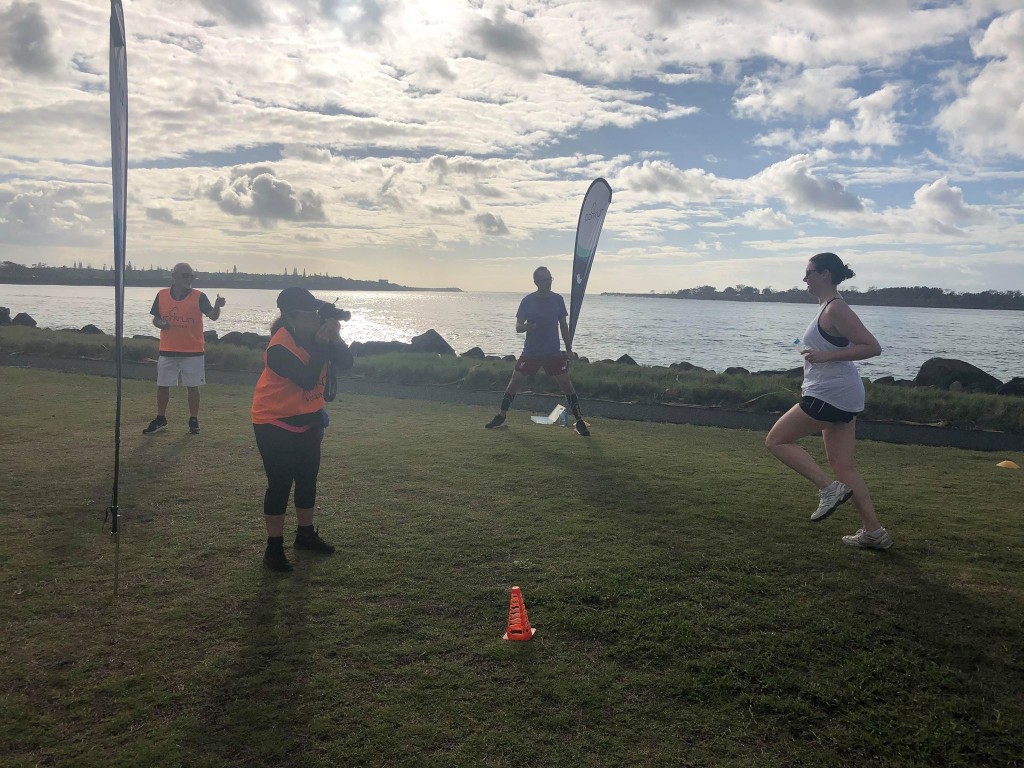 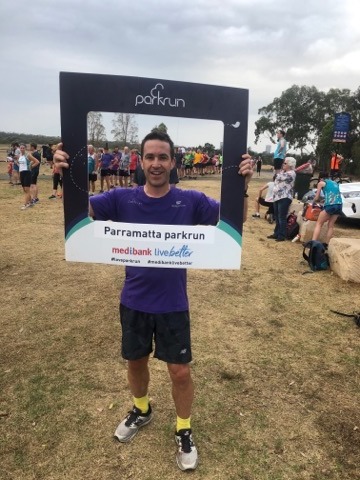 After celebrating the New Year at midnight, I was always going to be alone in getting up just a few hours later to make my way across Sydney ready for the ‘New Year’s Eve’ double. Not all events were hosting parkruns, so it required a trip right across town to Parramatta parkrun for the first event at 7.30. Big thanks to the volunteers who needed to get up even earlier to set everything up in time! 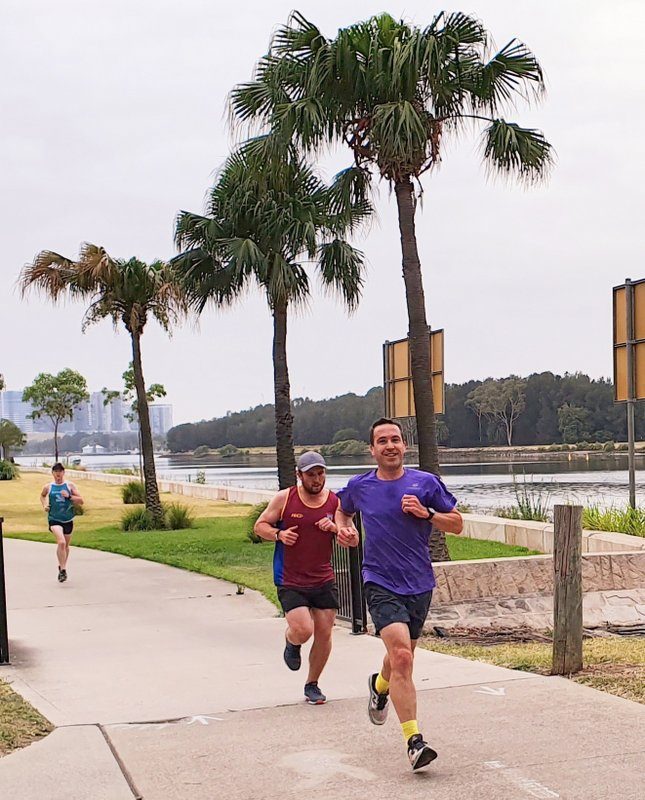 This was a straightforward flat ‘out and back’ route along the water, a lovely simple course. They had 391 people taking part, just 2 short of their course record. 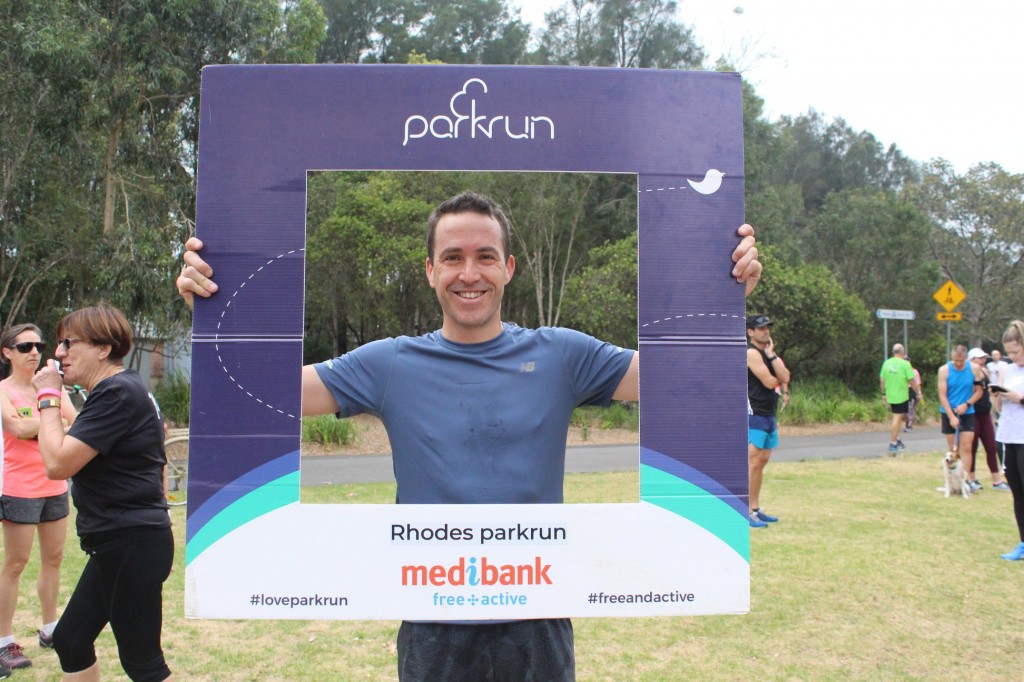 From there it was a quick journey across the water to Rhodes parkrun, again another flat and fast out and back course near the water. This time there were 475 people taking part, again smoothly handled by the volunteer team. For the first time I had completed my “New Year’s Day Double”, and I was only 14 seconds slower on the second run of the day – not bad! 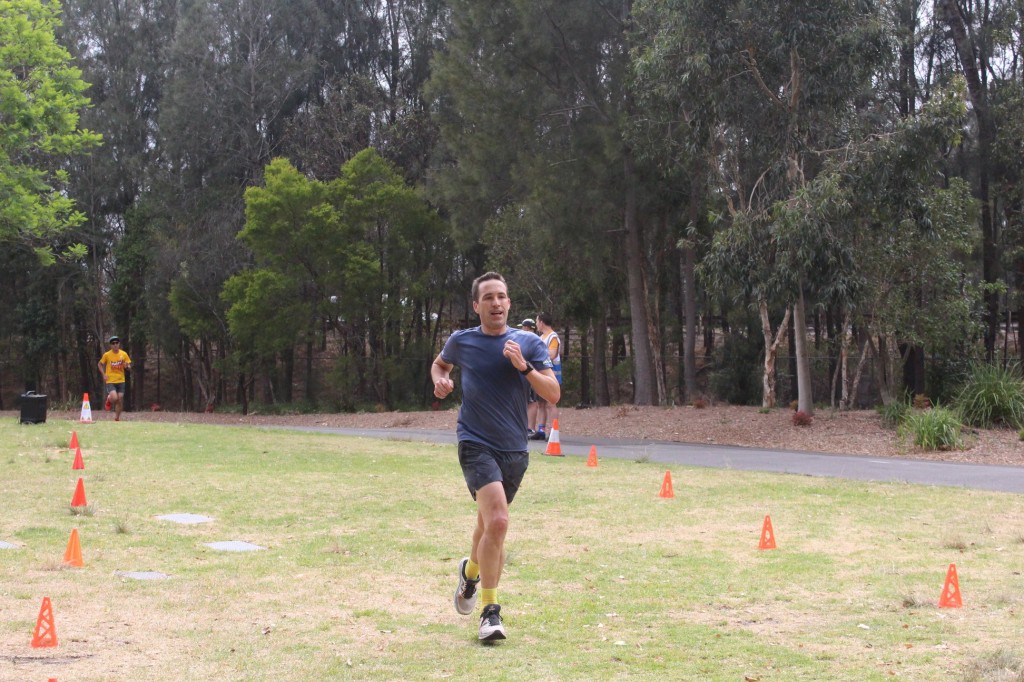 Overall, it’s been a great experience taking part in parkruns here in Australia. We have been warmly welcomed wherever we have been, and enjoyed tackling a wide range of different courses. 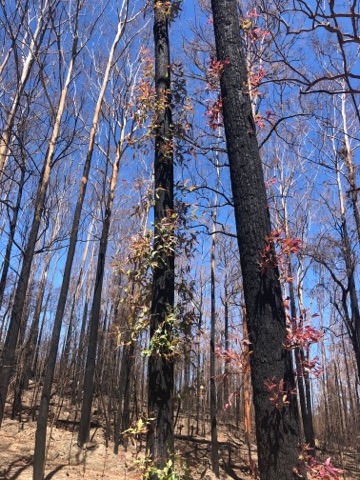 Wishing Australia the very best as it recovers from the devastating forest fires. Let us hope these shoots of regrowth extend across the country.

Photos from around the Nordics, 18th January 2020

After the highest ever number of parkrunners on a Saturday in January last week, we set another record with 1171 parkrunners across our 24 events this week. Great to see that people are taking advantage of the mild weather and sticking to their New Year’s resolutions! Here’s a snapshot of how parkrun looked around the…

10 reasons to try your first parkrun

parkrun has grown from one event in a park to a global movement of millions of people walking, jogging, running and volunteering across 21 countries.   But parkrun is so much more than a walk, jog or run in a park!   If you or someone you know is yet to come along for the…