This week it’s Canada, and Euan Bowman, North America Manager, tells us how parkrun has been embraced across the country.

parkrun in Canada launched in August 2016, but the journey started long before then. I had been involved with my local parkrun in the UK before making the move to Canada in 2012, and soon after I was in periodic contact with parkrun about bringing it to this beautiful country.

Launching a parkrun in a new country comes with more challenges than starting one where there is already the support infrastructure and understanding of the concept of free, weekly events. It took until 2016 before things really started falling into place.

parkrun put me in touch with others who had expressed interest in getting it going in Canada. We were a great team that spanned over 4,500km with people in Vancouver, Kelowna, Calgary and Montreal.

Everyone had their expertise be it knowledge of business paperwork, connections, event expertise, or leading volunteers. Together we learned about starting a not-for-profit in Canada, how to get insurance, getting permits, and compared our digital Filofaxes! 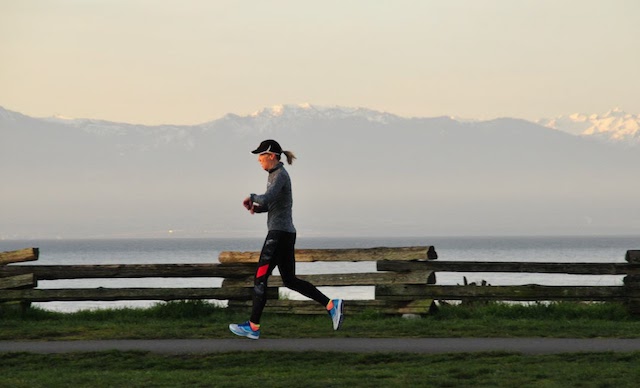 We had everything we needed for two events ready to go from our launch. We decided to stagger them so up first was Okanagan parkrun in Kelowna, followed by Nose Hill in Calgary two weeks later.

I had met Bill, Event Director of Okanagan parkrun, beforehand and met in Kelowna to what was required to start parkrun, meet local MLAs, and to talk wider strategic contacts in Canada.

On the first of our two launches, I remember showing up at 8:15am to an empty park with a very relaxed Bill. I felt he was a little too relaxed, especially when he was giving the first run director briefing.

All I could think was “Bill, please don’t fall!” As any good person would do, I took a photo rather than recommend he gets down. 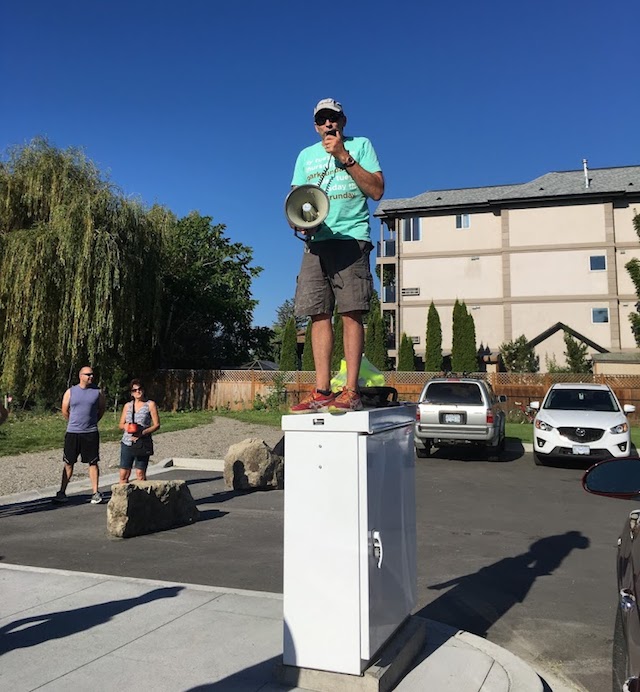 Our second launch was just as memorable as Calgary got to experience their first parkrun.

Meeting Suzanne for the first time was a delight, who blew me over with her organization skills. Suzanne had already sourced most of her kit, or had made home-made efforts for anything that was missing!

The day of the launch was no different with an extremely punctual program that I think goes on to this day! 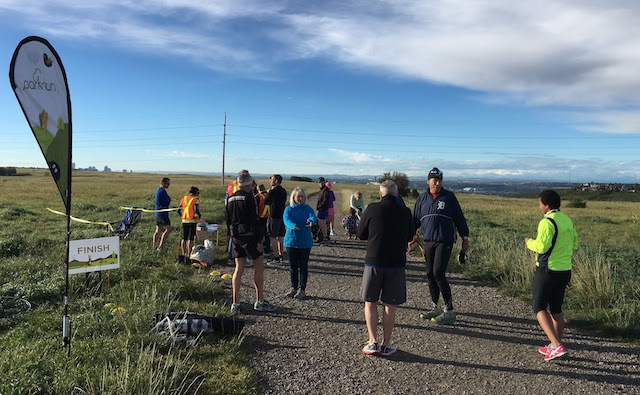 There are 40 live parkruns in Canada, with five further ready to go when we get the all-clear from Coronavirus.

Canadian parkruns add to the beautiful parkrun tapestry around the world with its stunning locations. 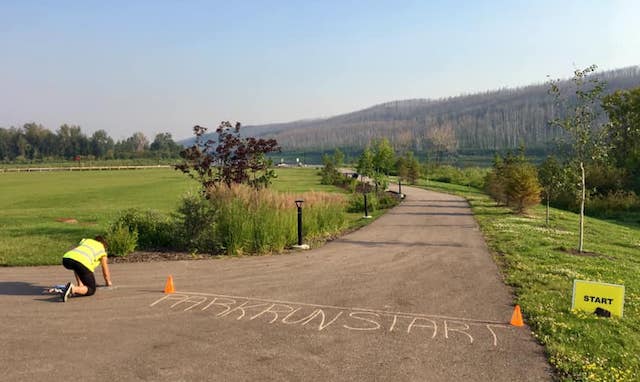 At many locations, parkrunners may find themselves running with the wildlife. In some situations with bears and cougars that might be scary.

Thankfully we have the cut-out of a bear in Whistler that is a great photo opportunity, albeit giving great advice for being ‘bear-aware. 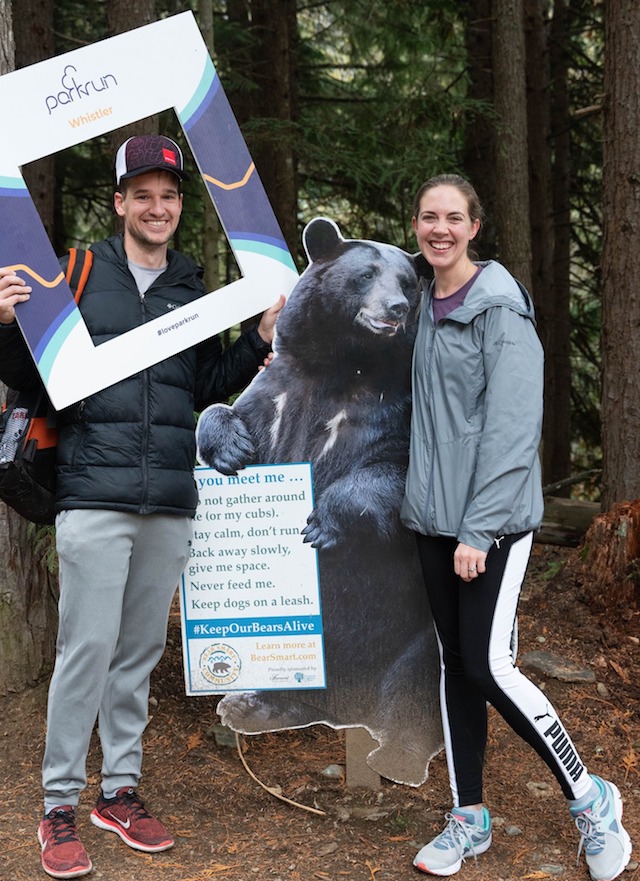 Sightings of coyote, skunks, racoons, tiny toads, caribou, bald eagles are not uncommon at some parkruns across the country. 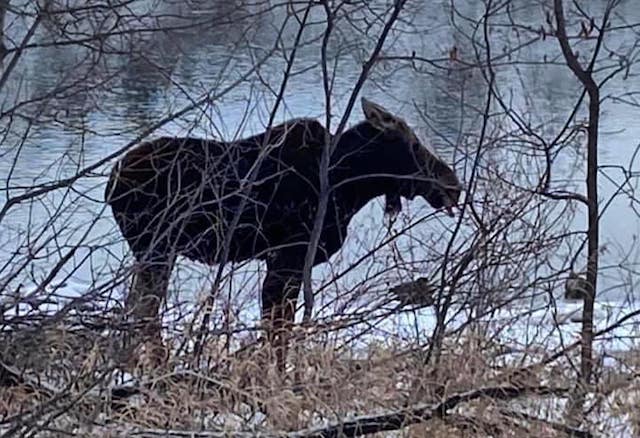 We have much potential for growth in Canada and there is ever-increasing appetite. Most cities in Canada now have access to parkrun and in future, I can easily seeing us supporting second, third, or even more events in those cities.

What’s of most interest however is reaching out to smaller communities in Canada, of which there are many and could benefit massively from parkrun. 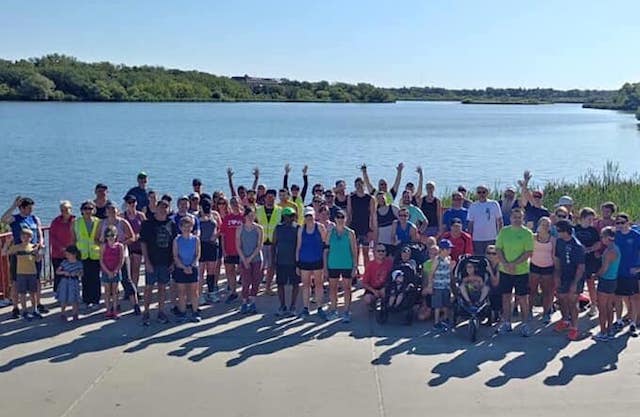