This week it’s Germany, Country Manager Jakub Fedorowicz and Ambassador Michelle Purse tell us all about the history of parkrun Deutschland.

Germany was the nineteenth country to join the parkrun family back in December 2017, with more than 200 people walking, jogging, running and volunteering at the inaugural parkruns in Hannover, Leipzig and Mannheim. But the history of parkrun in Germany goes back even further than that…

In the preceding years before the first events in Germany were launched, we had received many enquiries about the opportunity of starting parkrun there. At the time, we were not ready to offer it to local communities in Germany, but as the number of queries increased, it led us to seriously consider expanding our global community with another country.

In order to get a feeling for the local interest and to understand the conditions and possibilities of starting parkrun in Germany, in September 2017 a visit of Paul Sinton-Hewitt and the parkrun Global team was organised to meet with those who had expressed interest in starting parkrun in various parts of the country.

As a team, we travelled a total of over 2000km and visited eight cities in which we had very welcoming and inspiring meetings with over 60 people eager to get involved in developing parkrun. Each told us about their knowledge of parkrun. Many had never even experienced a parkrun personally before yet knew instantly that the ethos of a free, weekly, inclusive event would be embraced in their local communities.  Their passion for bringing parkrun to Germany was evident. We were getting excited! 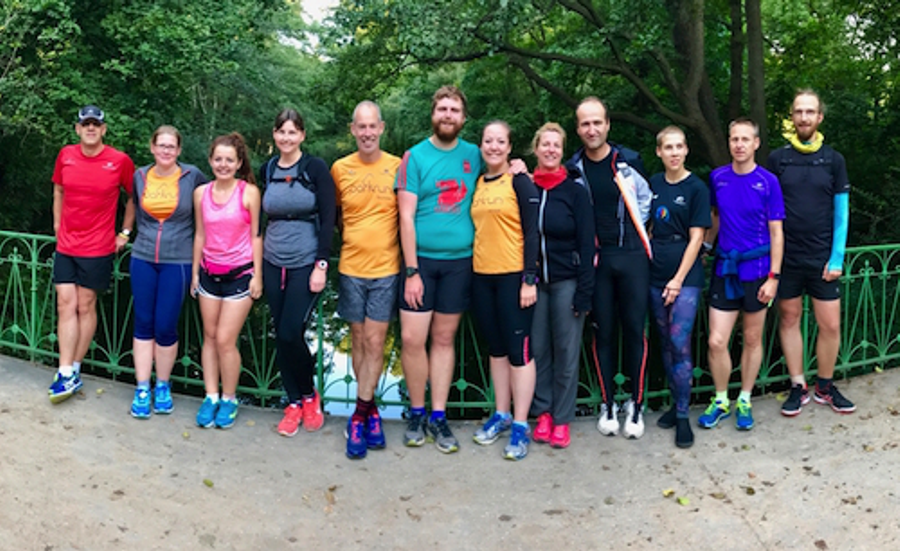 By the end of the tour we were absolutely certain that it was the right time to offer parkrun in Germany and we didn’t have to wait long to see this happen. The first land-owner permission came in before we finished our visit!

The start of parkrun events in Germany took place in December of the same year, when the first participants in Hannover, Leipzig and Mannheim covered the distance of 5km walking, jogging and running. A little over 150 people and dozens of volunteers took part in the inauguration of the first three events in the country. A success! 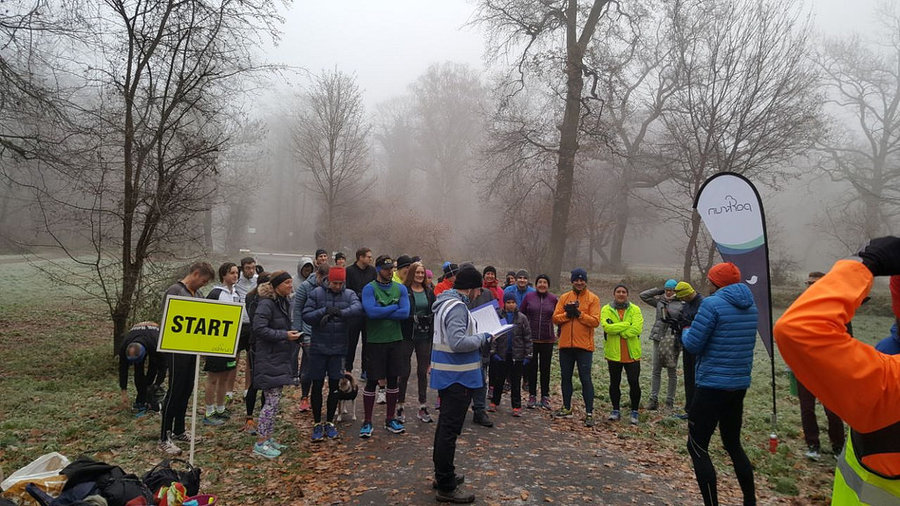 Less than a month later, another three cities joined the parkrun Deutschland family. In January 2018, we welcomed Berlin, Frankfurt and Osnabruck as part of the global community, and soon after that we had the great pleasure to welcome more. In the first 12 months, a total of 11 parkrun events started in Germany, which was the largest number in parkrun history at that time.

The start of parkrun in Germany was an opportunity to test some new solutions. The biggest change was to start events using only the new parkrun Virtual Volunteer app that had just been created, instead of stopwatches, scanners and laptops. This made Germany the first country to pioneer this tech-led low-cost solution to starting up parkrun events. Trust the Germans to embrace efficiency! 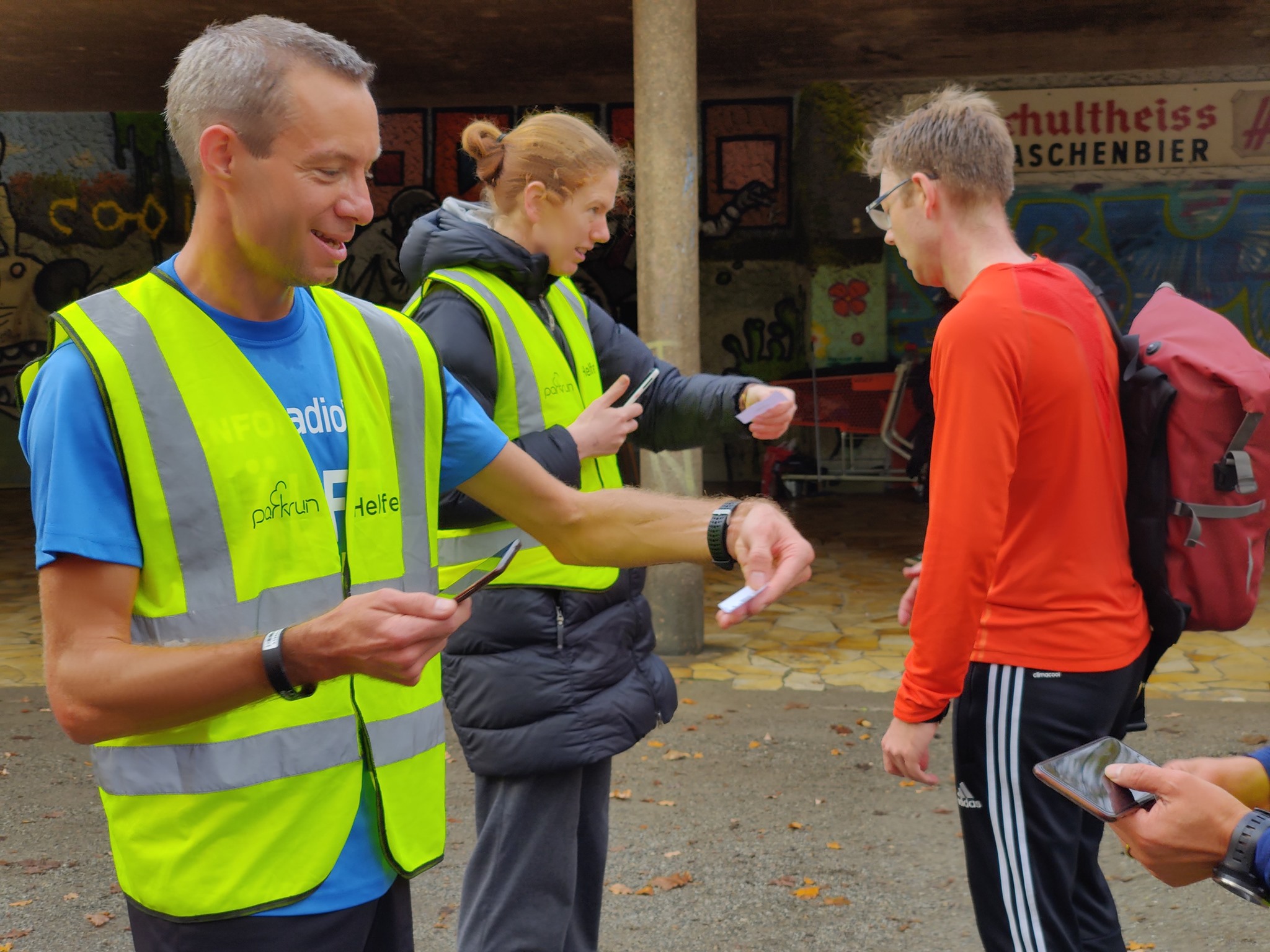 All parkrun events in Germany are represented by the parkrun Global team, which helps us reduce barriers to starting parkruns in new territories.

Growing interest and the number of participants

Over the past three years of parkrun history in Germany, the popularity and interest in our events has grown steadily. Another 17 locations were created in Germany in 2019, and the number of individually completed parkruns increased from 21,000 in 2017 and 2018, to over 48,000 in 2019.

At present, the COVID-19 pandemic has cancelled our plans to open new locations in Germany, but we have several events ready to launch as soon as we are able to start again in different parts of the country. 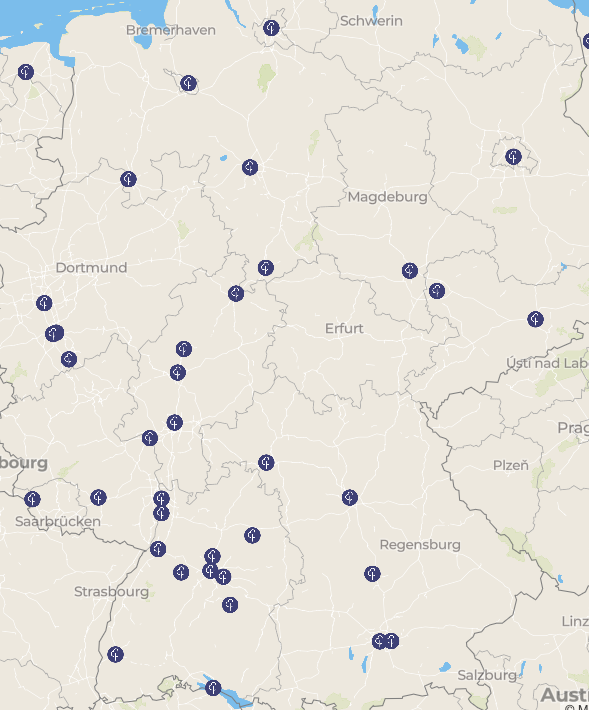 parkrun communities in Germany quickly adopted the parkrun ethos and began to use its most important element – the possibility of building and connecting local communities. In many locations, parkrun is an increasingly important tool in helping international participants (students, expats, refugees) connect with local residents, develop friendships and feel settled.

Today, at many parkrun events in Germany you would see that participants and teams represent many nationalities and speak different languages, whilst all sharing the same parkrun values. We hope everyone feels welcome. 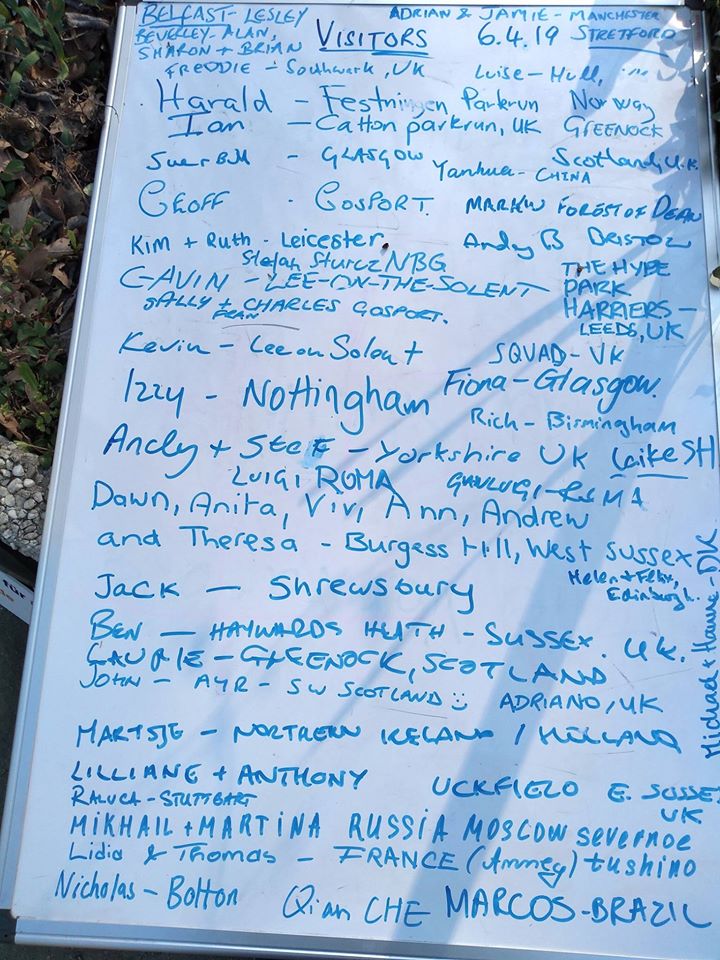 Berlin is extremely popular during the world-famous events, where every year several hundred participants meet at Hasenheide parkrun on the eve of the Berlin Marathon and then there’s Munich, where Oktoberfest is organized in October. For lovers of the parkrun alphabet, Germany offers a much sought-after ‘Z’ (Ziegelwiese parkrun). 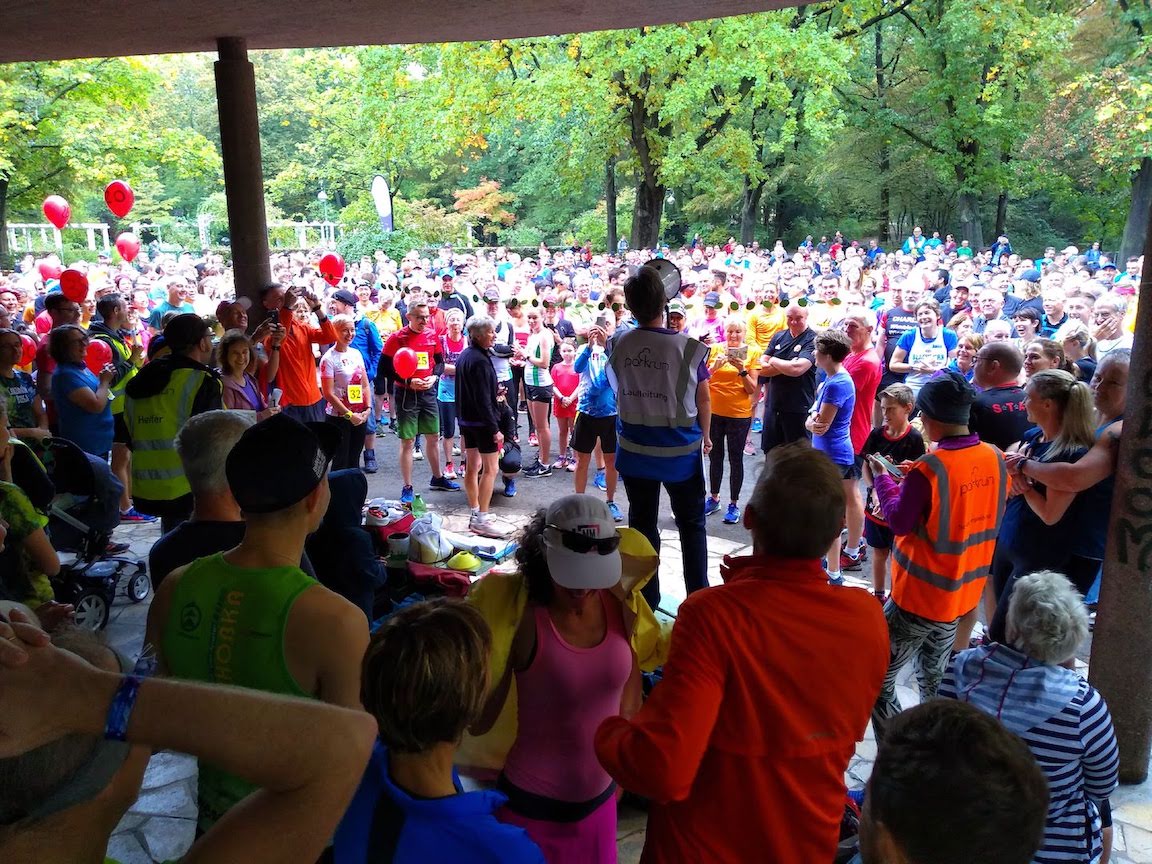 Keep your eyes open for locations popping up around other beautiful tourist hotspots too – we certainly recommend staying to enjoy more than a parkrun! We think parkrun tourism offers interesting opportunities to not just enjoy parkrun but also enjoy and compare the very different styles, dialects, landscapes, cuisine, fashion and culture of each German state; there’s 16 in total and we aren’t yet in all of them!

The number of parkrun locations in Germany is constantly growing but we know there is an appetite for more. We plan to continue offering parkrun to other communities around the country, wherever there is a group of volunteers keen to support it. We believe that through parkrun we are able to significantly support residents and help them build a healthier and happier planet together! 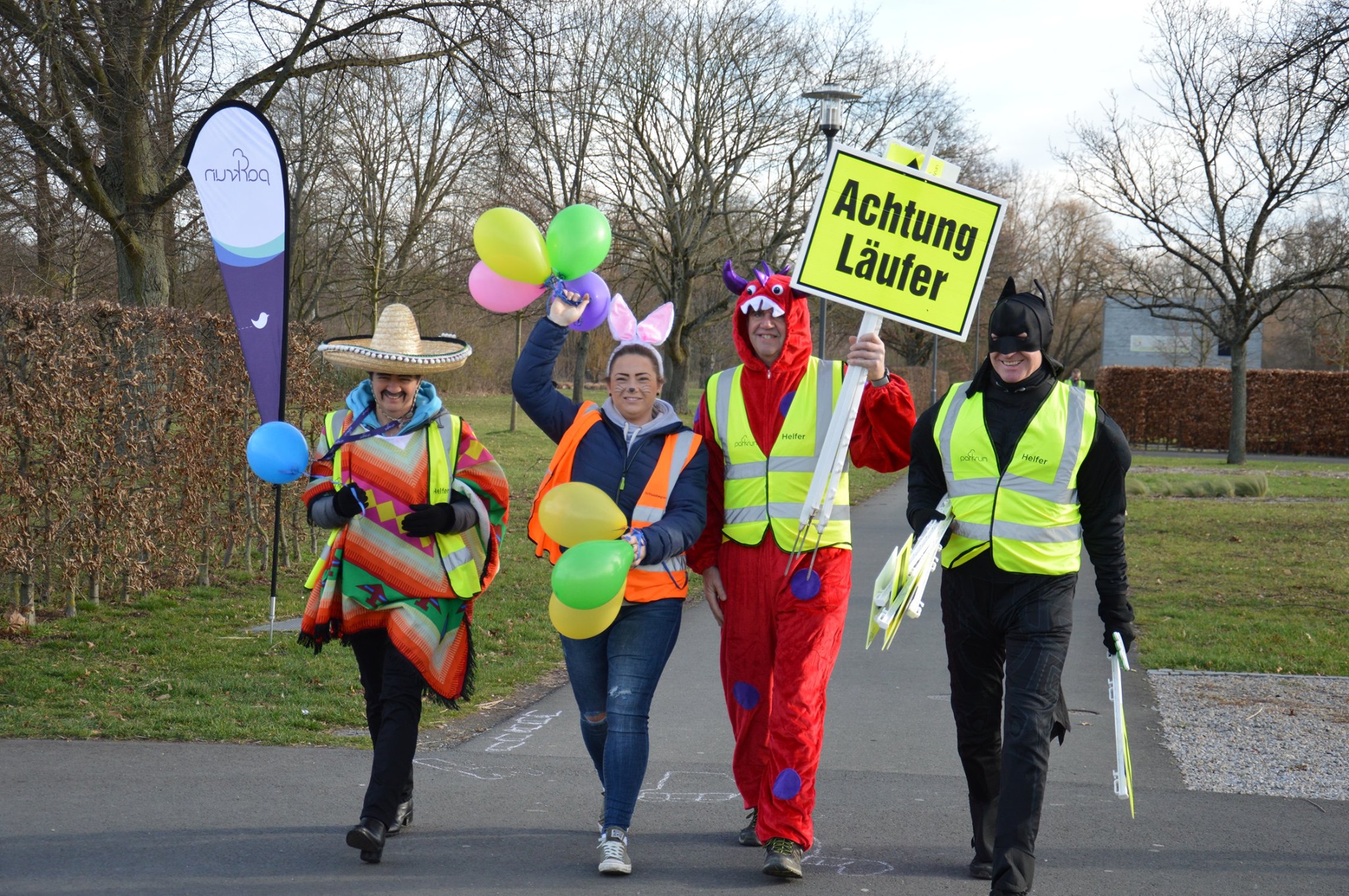