A round of applause just for turning up

Helen Talkowski had never been a runner. After accidentally stumbling on a parkrun in her local park, she saw how fun and friendly it was and decided to give it a go.

In 2017 I told one of my sisters that I was planning to do a couch to 10k course and she told me I should try doing parkruns.  But I thought I’d be too slow and that I’d stick out like a sore thumb.

I was about two stone overweight at the time and didn’t think of myself as “a runner” at all, so didn’t think parkrun was for the likes of me. Then at about 9:30 one Saturday morning I went running around my local park. I noticed there were quite a few other runners and that people in high viz were clapping and cheering for me!

Once I realised it was the tail end of a parkrun I decided that I really wanted to be a part of it sometime, as it seemed really friendly and fun.  I mentioned it to a friend who said she’d like to try it out too, so we met up one Saturday morning in October 2017 in London’s Southwark Park for our first parkrun. I loved the fact that in the pre-parkrun briefing us “first timers” got a round of applause just for turning up!

The atmosphere was very positive and not at all intimidating. I felt an amazing sense of achievement and knew I was going make parkrun a regular part of my week.

The following summer, during the pre-parkrun briefing the week we were celebrating five years of Southwark parkrun, the Run Director read out a list of significant achievements for the past year.  I was amazed when I heard my name being mentioned for getting 11 PBs. I had to go and speak to her afterwards to check I’d heard her right – I was never any good at sport at school and I never expected to ever get any recognition for anything sporty in my life!

I hadn’t even realised I’d got an unusual number of PBs.  I was so pleased that it spurred me on to get another PB that week.

Then a few days later I started to feel severe pain in my knees, so much so that I struggled to run at all and I limped when I walked. I was referred to a knee specialist and it turned out that I had a condition called avascular necrosis. I was told I shouldn’t run at all until it was healed, which meant I wasn’t able to run for four months.

I was pretty upset but one of the great things about parkrun is that you can still be involved even if you can’t complete 5k. I volunteered every week during that time, which meant I still got myself out of the house and into the fresh air on a Saturday morning, and I got to know lots of other volunteers and parkrunners. 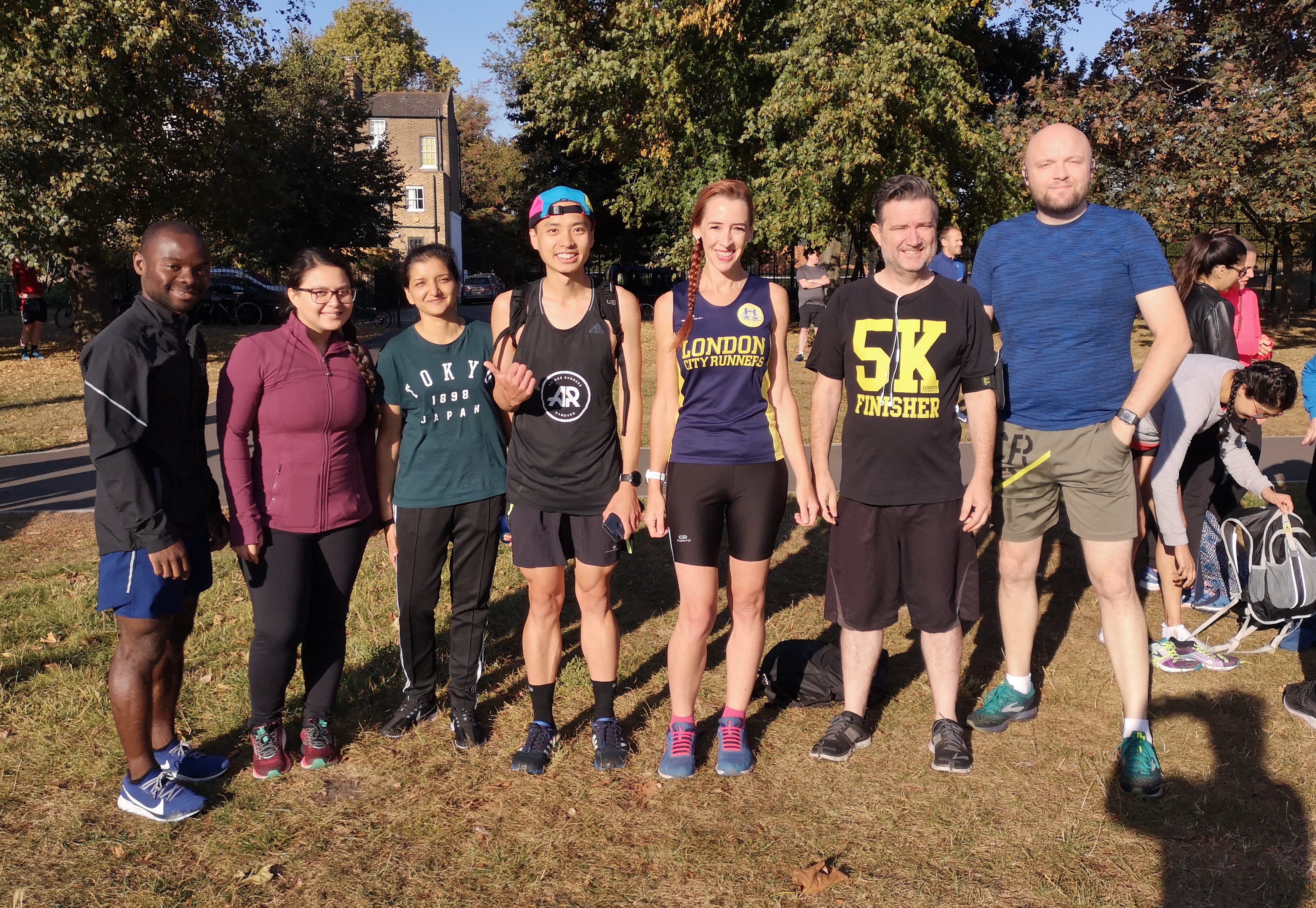 Barcode scanning is my favourite volunteer role because you get to interact with so many people.  I’ve tried pacing, which I found quite tricky the first time but I’ve got the hang of it now. I volunteered as the 26 minute pacer too, which I really enjoyed.  It was a great feeling when a good friend of mine who was running alongside me started to run off ahead and I knew she’d get a PB. She was on such a high afterwards and so was I!

The morning I ran my 50th parkrun was pretty special – my best mate, my sister, my brother-in-law and two of my nieces all came along for the occasion.

I’ve now knocked a whole ten minutes off my original parkrun time.  When I started running my only aim was to be able to run 5K regularly in around 30 minutes. I never expected to get as fast as I am now, especially at aged 44! I just hope I haven’t peaked already.

What parkrun has done for the health and wellbeing of so many hundreds of thousands of people is wonderful.

It’s understandable to feel nervous about your first parkrun (I certainly did), but just go along and enjoy it! It’s fun, it’s friendly, it’s free and you have absolutely nothing to lose! It doesn’t matter how slow you are, there are many people who walk the whole course every week and parkrun welcomes everybody!  My only regret about parkrun is that I didn’t start doing it sooner.

This month, in celebration of the October parkrwalk campaign, we are highlighting walkers at our Nordic events.   We start in Norway, and saying hello to Beverley Gryting, who enjoys both walking and volunteering at Tøyen parkrun.   How long have you been doing parkrun? Since September 2019     How did you find out…