Saturdays mean parkrun for Gemma Safikhani, but with a baby on the way it seemed inevitable that she’d have to miss a few parkruns. However, it seems that nothing can keep her away from her Saturday morning fix at Vallaskogen parkrun in Linköping, Sweden!

Here’s the story of how to fit giving birth into a busy parkrun schedule:

I knew of parkrun in England, but lived in Yorkshire (home of hills in every direction) and was totally inactive. After moving to Sweden and having kids (Gladys, 10 and Arthur, 9) I got into training, quickly getting into running. Around that time parkrun was just starting in Sweden and my first ever parkrun was a Santa-themed run at my local event in Huddinge, Stockholm. 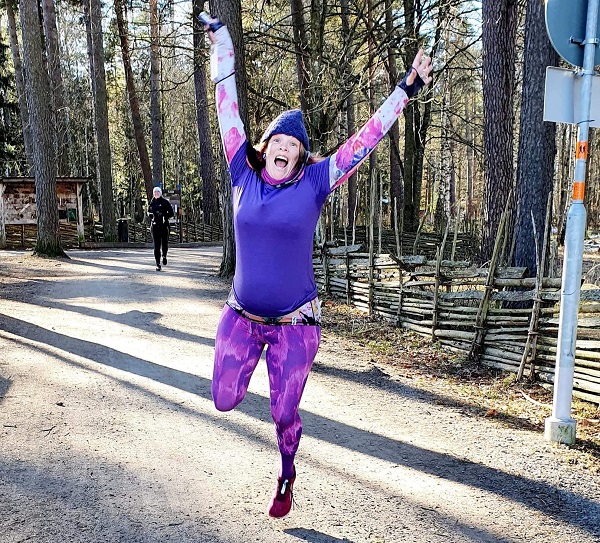 Soon after I moved to Linköping as a newly qualified nurse. When I heard Vallaskogen parkrun was going to start I was so excited, and decided pretty early on that I wanted to both take part and volunteer. I was the Tail Walker for many weeks, sometimes with the kids and after a while started helping with other roles. I’m currently volunteer coordinator/Run Director, working closely with Gunilla, who’s the Event Director. 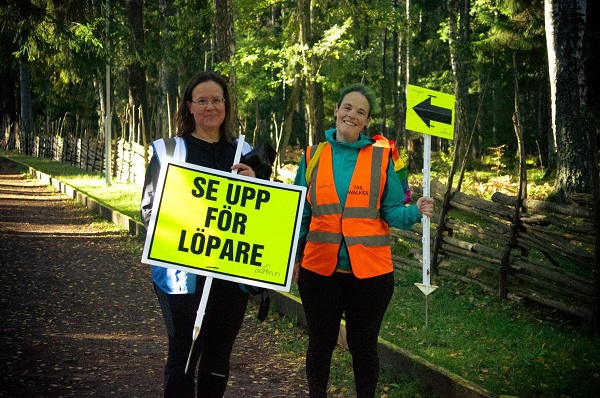 I’ve had a complication-free pregnancy and have been able to keep active and run throughout pregnancy, right up to Saturday 16 April, where I walked and jogged around the course, just like usual! 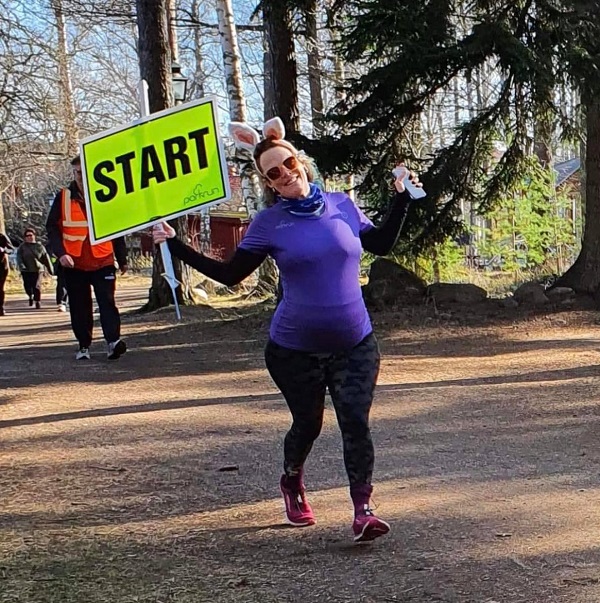 The week before the arrival of Doris.

Then, the timing of labour on Monday (thanks Doris!) meant that I could volunteer the week after, which ended up being my favourite Tail Walking roll. Obviously it’s not something that I was relying on being able to do, I had some extra volunteers planned in! But, the benefits of getting out in the fresh air is so worthwhile! 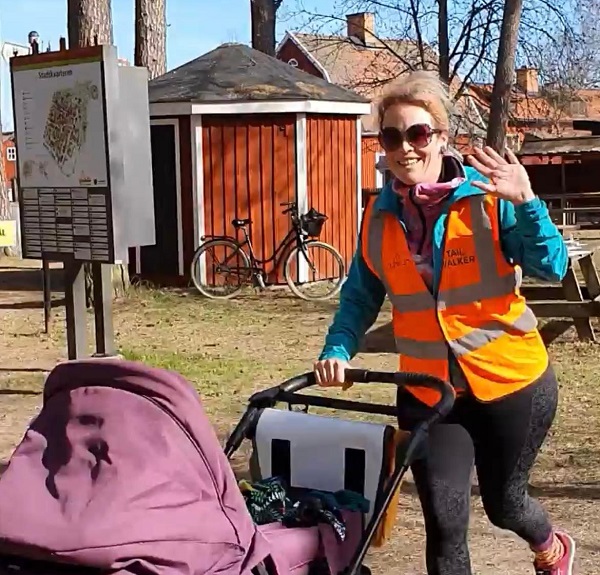 And the week after!

Welcome to the Nordic photo roundup from 3 December

Welcome to this week’s Nordic photo round-up, with a definite wintry feel to the events. It was also a chance to celebrate the Finnish Independence day at our events with plenty of blue and white on display. Here’s some photos of the action.       We start at Løvstien parkrun, Bergen, where we never…