A review of Amager Strandpark parkrun

In Germany we speak of a well-attended parkrun when we see around 100 participants – for the English that is perhaps less than average. In Denmark, the average number of participants is comparable to that in Germany. Of course, it was therefore all the more exciting when almost 200 participants showed up at the Amager Strandpark parkrun on June 4, 2022.

The reason for the large number of participants was that a special park run took place in Sweden on the following Monday due to the national holiday. So it was tempting for many people to be able to run two parkruns in three days. Amager Strandpark parkrun was a particularly good choice, because the Swedish parkrun, Malmö Ribersborg parkrun, is not too far away and easily accessible via the Öresund bridge, and its location right on the beach is something very special! 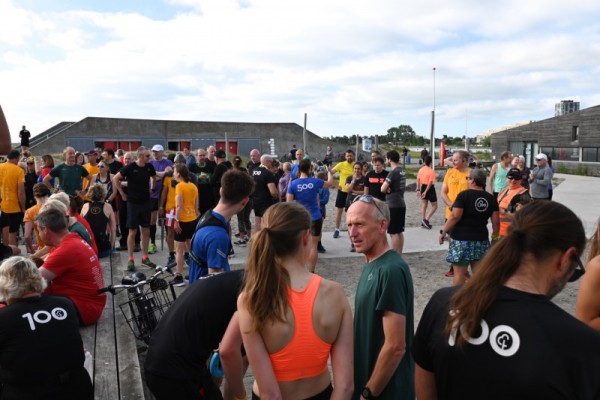 parkrunners are imaginative people, which could also be seen in various costumes. Not only parkrun apricot was represented, but also various flags, costumes and even a Viking could be found, so that the time before the start was guaranteed not to be boring. 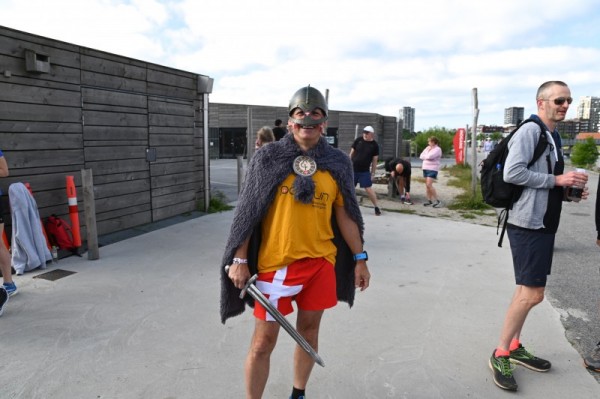 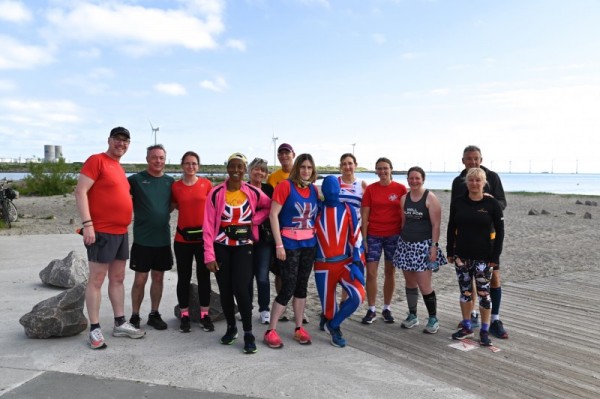 The Run Director that day was Hans Mathiasen, whose funny and entertaining speech did justice to the occasion. All participants agreed: rarely have you heard such a good speech at a parkrun. 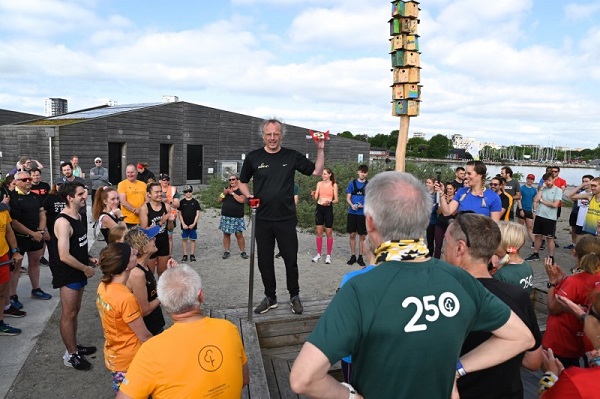 Despite the large number of participants, it was quite calm and orderly at the start. Knowing that some very fast runners wanted to do their best, Hans went out on the course on his bike to make sure the fast runners didn’t get lost either. He probably had to pedal hard, because the first participant reached the finish line again at just 16:38. 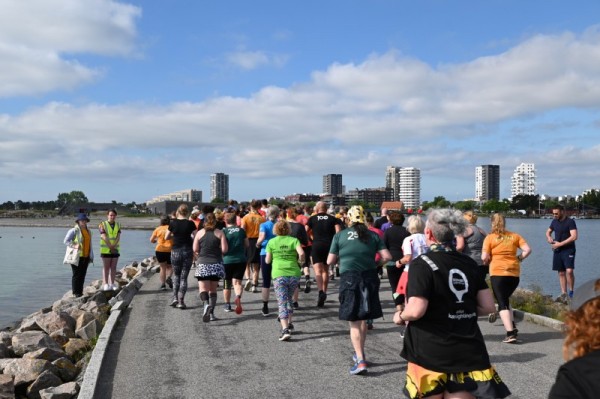 With so many participants, there is of course a broad field and everyone particularly enjoyed the beautiful view of the sea. The weather couldn’t have been better either – bright sunshine, a light breeze and wonderfully clear views, so that in some places you could also catch a glimpse of the Swedish parkrun location – which most people wanted to visit two days later. Of course, there was a lot to see, admire and celebrate at the finish line. 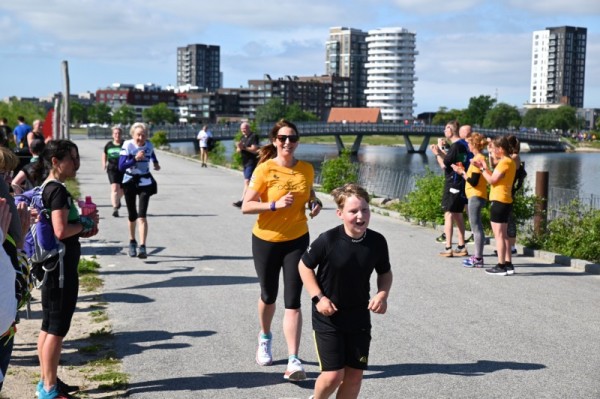 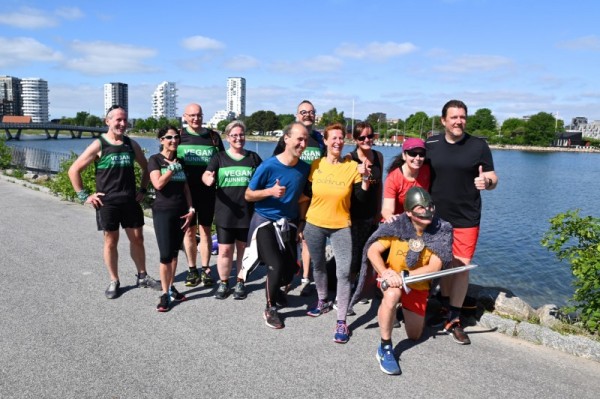 As is usual with parkrun, each participant was led to the finish with a cheer. And there everyone had time to talk and make international contacts. So many friendships have developed. Since the group was very large, but the weather was great, it was decided against a visit to the café and there was a picnic on the beach – some very daring people even dared to swim in the Baltic Sea when the water temperature was 16 degrees. When it comes to parkrun, the saying goes “we parkrunners aren’t strangers, just friends who haven’t met yet” – and I’m sure everyone who experienced this parkrun on June 4th in Denmark can confirm this saying! 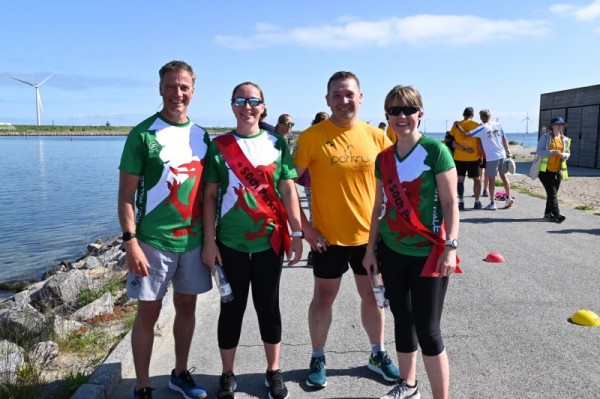 Translated from the original article in the German parkrun newsletter, written by Claudia Soeder

Our family’s passion for parkrun started around five years ago in Aberdeen, when on a dark day we needed some extra motivation to hit the outdoors. Just a few weeks after that day, we realized that parkrun is not just a place to gather and run, but a space for us to enjoy as a…

Welcome to the Nordic photos round-up from 18 June!

Welcome to the week’s photo round-up from the Nordics! Summer Saturday morning parkruns – a great way to start your weekend! Here’s a selection of photos from our events     Gathering before the start of parkrun in the beautiful Billdalspark     We love celebrating our milestones, a testament to dedication and consistency from…