A kind of homecoming

Sari didn’t know when she would get the chance to run again, but help was at hand, at parkrun.

Read her story below.

I’d long debated whether I’d ever put on my running shoes again for anything other than walking. I thought: ”It’s been a long time since the last time I ran, and now it would be so very different … I would need an VI (visually impaired) guide runner to run beside me, and somehow find the courage to trust that I could rely on the sight and senses of a stranger!”

I had already looked for someone to run with me before, but I had never found anyone. Giving up running seemed the only viable option. So I signed up for other hobbies. What is offered by gyms in terms of group exercises etc is good and has it own value, but, honestly, in the long run adapting to being just within four walls is distressful for someone – like me – who is used to exercising outdoors. Deep down, ever since I have had to give up running independently I have really continued to long to be out on a jogging trail again.

Was running always fun? Not at all! But daily runs, no matter what the weather, were a daily routine I had had to leave behind. If I hadn’t really liked running, I would probably have adapted to the new reality – eventually – certainly long before that serendipitous Saturday morning when I headed to Ratinanniemi for Tampere parkrun.

That’s where I finally found myself, at the parkrun starting area asking if I could join in. Someone kindly found and arranged a volunteer guide for me. I was running again and the leisurely jogging pace felt nice. The fast front runners ran like a herd of wild horses, but the route suited us slower ones nicely too, with no nasty ruts on which to turn our ankles!

My run result (in terms of timing) was modest, but nonetheless helped me to look forward again. I wouldn’t be breaking any records again, that’s true, but nonetheless I could still enjoy the sport – running – at least occasionally, thanks to parkrun and especially the volunteers who make the event possible.

So, a special thank you to everyone who has been parkrunning as a guide with me over the past couple of months. Right now, the mild autumn mornings seem to continue, but whatever the weather I welcome everyone, regardless of their current fitness level, to come to parkrun. 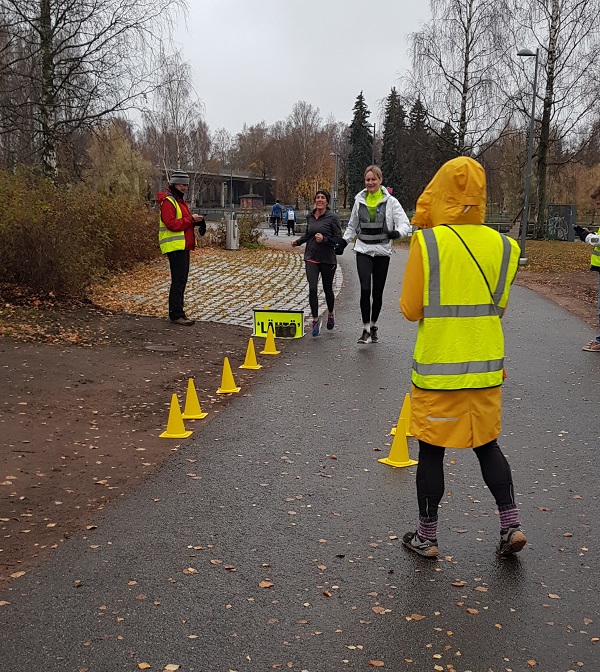 Welcome to the Nordic photo roundup from 26 November

Welcome to the weekly photo round-up from the Nordics and a real winter feeling this time in many parts. Take a look at the best of the action here.     First of all, we celebrate Ingeborg & Arne, both completing their 200th parkrun on Saturday at Esbjerg parkrun in Denmark, and coming across the…