Finally getting my camera out again

Have you ever wondered what a parkrun looks like over in Japan? You’re in the right place! We recently talked to Ikeya Kenjiro, the event director at Kashiwanoha parkrun about how it changed his Saturday mornings, and why he loves volunteering at parkrun.

I first heard about parkrun in April 2019 when a flyer was delivered to me, with details about a community meeting to discuss a walking, running and volunteering event. At the time, I enjoyed running around my local park, Kashiwanoha Park, but it was difficult to build a good habit for running. Sometimes I would get outside and get active on a Saturday morning, but usually I would just sleep in!

The idea of parkrun sounded appealing to me so I went to a meeting about it. At first, I was only thinking about attending parkrun to complete the 5k, because it is timed, 5k is a good distance for me, and it’s free! But after going to the trial event at Kashiwanoha Park, I started thinking about being the event director.

Getting up and being active on a Saturday morning is very beneficial for me, and I love to volunteer. Cheering for people makes me feel happy and has such a positive impact on me. I also love that the volunteer tasks are super easy so everyone can join in as a volunteer if they want to.

I particularly like taking photos of people and watching the interactions between walkers, runners and volunteers. I used to go to a photography class and had group exhibitions several times, and after that I bought a DSLR camera, but mobile phones developed so quickly that I started using my phone instead. parkrun finally brought my camera out of storage to be used again!

Our course at Kashiwanoha runs through a forest and is mainly in the shade, which means we get some beautiful photos! I love the way people engage with the photos when they are uploaded to our events’ Facebook page.

It can be difficult for adults to make friends, but I have made lots of friends through Kashiwanoha parkrun. The same goes for many others – without Kashiwanoha parkrun, most people would not know each other even though they live in the same district. It is also wonderful to see so many children at parkrun, especially when they are interacting with people of all different ages. 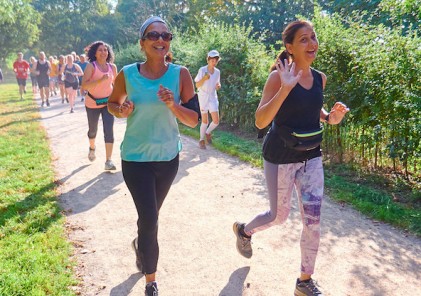 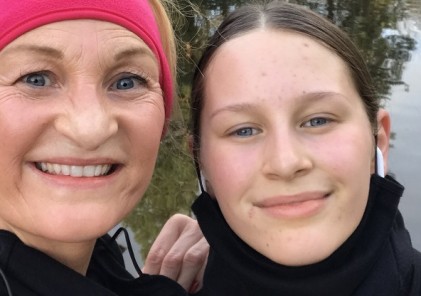