Hello! My name is Tom Fairbrother and I am the newest and youngest member (just!) of the parkrun HQ team.

I started running back in 2011 after my football team disbanded, and I ran my first race in 2012. Ever since it has been a full on love affair! The highs of running have been memories I will never forget and it has taken me to some iconic places around the world.

But over the years I would have to describe myself as a reluctant volunteer. Whilst it hasn’t been a conscious decision not to — I have coached a bit at my running club back home (the mighty Woodbridge Shufflers) and acted as a Media Volunteer for an eating disorder charity, I certainly have run more races than I have supported or volunteered at.

“Faster” runners have a reputation for not volunteering enough. At the sharp end, we turn up, everything is ready, we run, then we go home – I have certainly been guilty of this in the past and I have always been aware that I should be giving more back and supporting the incredible volunteers that make all grassroots sport possible, week in and week out all over the UK and beyond.

Since August I have had several injuries which have sidelined me and put my own running aspirations on hold. Previously I would have sulked and cursed my luck (there has still been plenty of that!), but in the last couple of months I have been volunteering at various parkruns around London.

Having lived in Suffolk my whole life, I have recently relocated to West London and into parkrun heartland. Where previously my two nearest parkruns were a 20-30 minute drive away, I am fortunate to now have at least ten within a short cycle ride!

I have volunteered in a range of roles at different 5k events every Saturday, each with their own character and charm – from historic Bushy and Wimbledon, to beautiful Osterley and Bedfont Lakes – to name just a few. 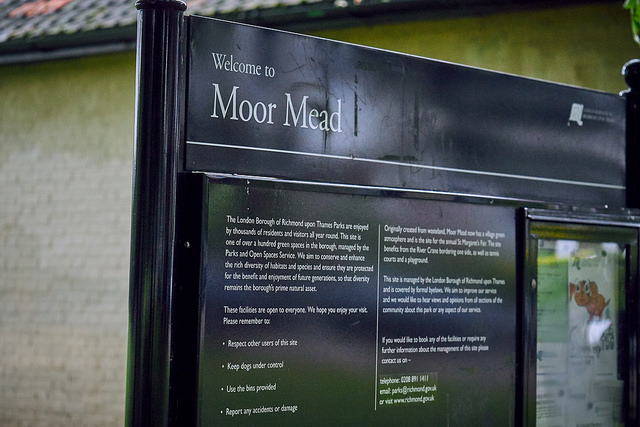 However it is at junior parkrun where I have found the most pure and true essence of parkrun. Moormead junior parkrun in Twickenham is now into its second year and is lead by Event Director James, one of the original thirteen parkrun pioneers from that infamous day in Bushy Park in 2004 when parkrun was born – yes I have seen the golden barcode!

There is something so joyful and inspiring about junior parkrun. Whether it be watching one of the juniors leading the others in the warm-up – the highlight of which is usually the “Dad dance” which draws laughter from both juniors and parents alike – particularly the Mums!

We rightly say that parkrun is a walk, jog or run – not a race, and this is evident every week at Moormead. One of the runners was overjoyed to have found a leaf and a stick en route – he couldn’t wait to show his Mum at the finish line. It seemed to mean more to him than his finish token, and in fairness it was a cool leaf! As timer or scanner, you are able to see the amazing finish line reactions and I’ve seen Spiderman, Batman, fairies, witches and a crocodile! 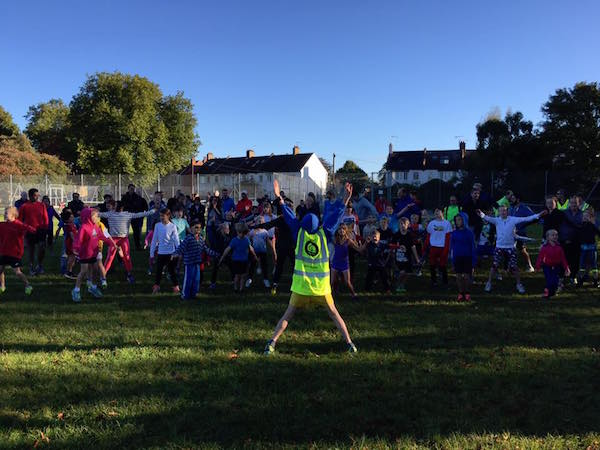 Another week, my girlfriend Coralie and I cycled to Twickenham in the pouring rain (despite her confident declaration on departure that “It looks like it’s clearing up..”) and we were timekeepers. An hour later we left warmed by the experience and with sore hands from all the high fives!

junior parkrun offers almost as much to the parents as it does the children. Despite the monsoon (okay I may be exaggerating), the parents arrived bright and early, chatting and laughing with each other and supporting their children with encouragement from the sides or by running and walking with them, struggling to contain their pride throughout.

Now I know I work for parkrun and therefore I may be a bit biased, but in an increasingly digital and sedentary world, I really cannot think of a better way to help children understand the importance of physical activity, volunteering, healthy lifestyles and spending time with family than junior parkrun. It provides cities, towns and villages alike with the platform to create communities and memories – for free – and then you can do it all again the next week!

As someone who has always been a worrier and an overthinker (I’m now worried that I’ve told you that!), it is so refreshing to see the children walking and running free without a care in the world, and that attitude is certainly something I am trying to adopt more myself. Volunteering has also allowed us to meet some wonderful people and discover different parks I otherwise may never have had the pleasure of finding. 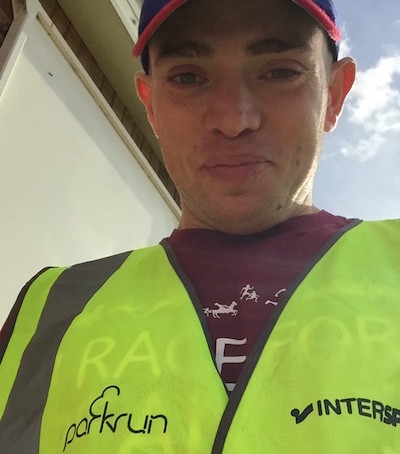 Coincidently during this period, my home parkrun back in Suffolk, Kesgrave, has just launched a junior parkrun!, and I will be heading there this weekend. I have a young nephew, Abe, who is now six-months old (although I’m not sure he realised it!) and I cannot wait until April 2020 when I can print off his barcode and take him along for his first taste of junior parkrun!

And whilst I am now back up and running – albeit more slowly and more gingerly than usual, junior parkrun has certainly converted one reluctant volunteer.

Over the past week we’ve continued to make positive progress and are excited to share a significant step forward today.    We have now completed our operating framework describing how parkrun events around the world will operate in countries where there remains an underlying level of COVID-19. This has been achieved through closely working together…