I want to tell you about my son George.

George is 16 and is without doubt one of the most popular people I know. Walking onto Woodhouse Moor in Leeds for parkrun each Saturday is an experience punctuated by people saying “Hello George”, high-fiving him or giving him a wave. He knows almost everyone’s name too. It’s the same in school, with pupils and teachers alike.

He was voted onto the school council in both primary and secondary school by other students, is in the school choir and performing arts group, does contemporary dance, plays tennis and goes sailing. When he marshals races for local clubs he knows so many of the runners he gets hoarse from cheering them on.

And on Saturdays he volunteers at parkrun. Proudly wearing his purple milestone shirt, George collects the finishing tokens and makes sure everyone hands them in. When he’s there every token seems to be returned, but on the odd occasion he’s not at least one always disappears!

It was inevitable that one day George would say he wanted to run the course, and when he puts his mind to something there really is no stopping him, so we ran together. We got around in 48 minutes with a few sit-downs on a bench (we are in a park after all!) and lots of encouragement. As he was cheered into the finish by all the people at parkrun who know him, he told me it was “the hardest thing I have ever done”. So it was back to volunteering.

A short while later, as part of George’s BTEC Sport, he had to design and complete a training programme with a specific goal. He decided to train for parkrun. My wife and I took it in turns to do his training runs with him, and as a family we came down to do ‘George’s parkrun’ together. All of his friends and fellow runners gave him huge encouragement on his way round and he finished in 34 minutes.

George continues to run a parkrun every month and volunteers at the others. He refuses to run with me as he ‘is not under 11’ and usually gets adopted by someone on the way round. His times have stayed around 34-36 minutes.

As well as bringing us together as a family, perhaps George’s most significant achievement though has been to dispel so many of the myths about Down’s syndrome. He is smart, sociable and active, and is a positive force for change. parkrun has increased George’s fitness, his self-esteem and his confidence. It’s great that he is interacting and having conversations with people, which will help to make him as independent as he can be as an adult. Yes he has to work harder than other people, but he embraces that, and he’s really looking forward to his GCSEs.

Just like life, parkrun is full of all sorts. And as with anything in life, it’s amazing what you can achieve when you put your mind to it. Just ask George. 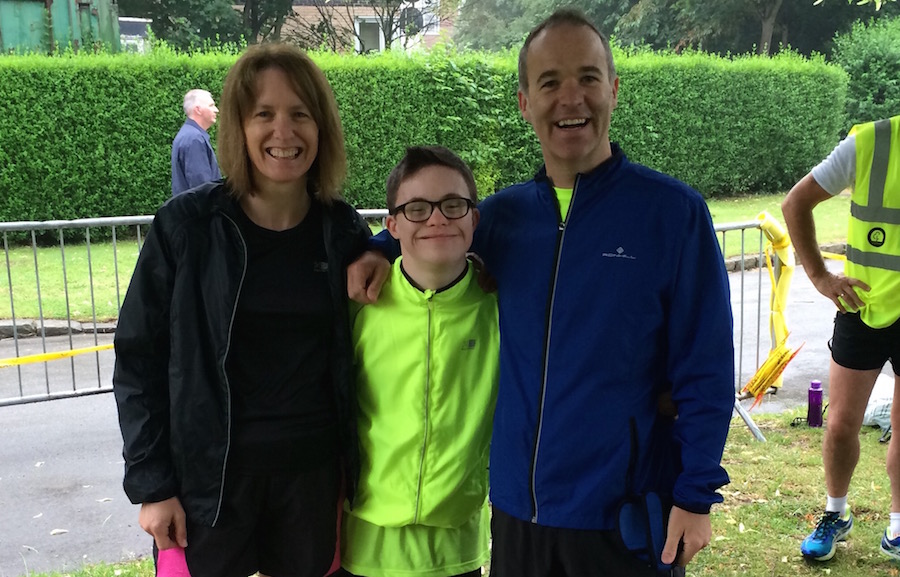