Chelmsford Central parkrun in the city of Chelmsford in Essex has grown steadily to become one of the UK’s biggest parkrun events. 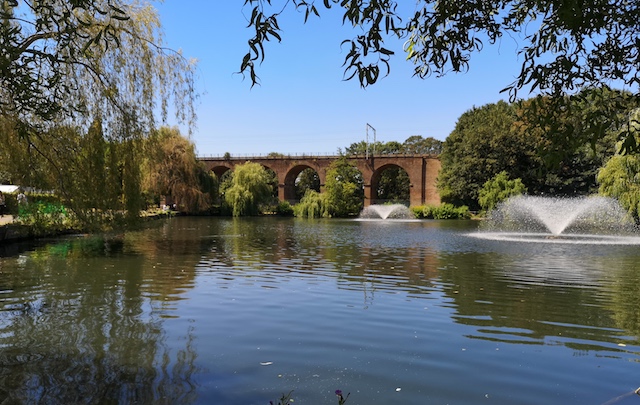 We first started the process to set up this event in 2012, Essex was a barren landscape for parkruns then. I first enquired early in 2012 but then got involved volunteering with the London 2012 Olympic games.

Once that finished, parkrun linked five random strangers together who had made enquiries to them, we met up in the park in September and started the event in January 2013 supported superbly by the City council.

I am the last of the originals who set up this event but happy to say that some of the others have gone off and set up their own local events in Essex. 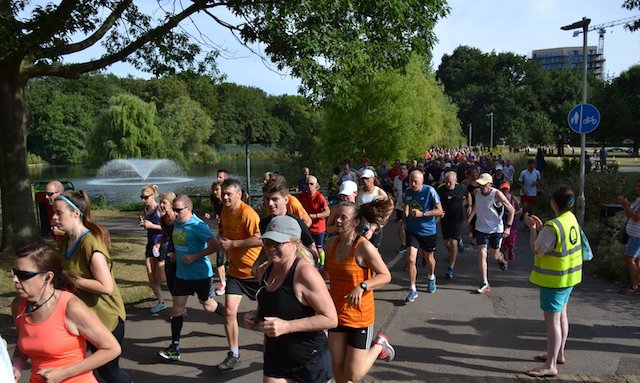 The first event had 82 parkrunners, and now we are topping 700, regularly appearing in the top 10 UK attended parkruns most weeks. As we know, it’s not just about numbers but the people who make a parkrun and over the years I have seen nearly 12,000 runners at the event and clearly, I can name them all!

It has been and continues to be an inspiration personally each week to me and hopefully others that we see the changes we have enabled to peoples health, happiness alongside the social wellbeing aspect of parkrun. 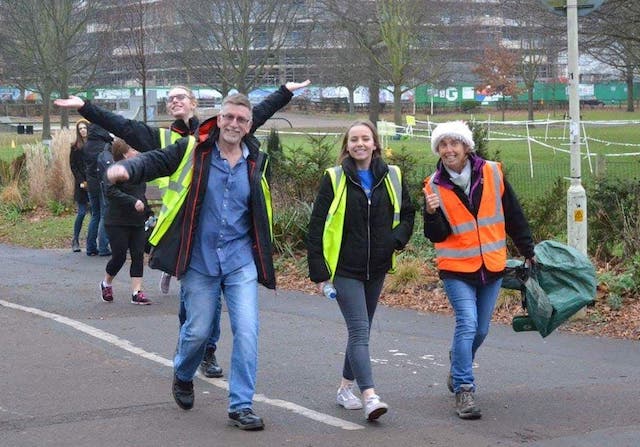 The course is an out and back parkrun mainly on tarmac paths with about 10% on grass. Alongside the route is the River Cam which sometimes floods meaning a route change occasionally!

The route is flat, fast, mainly tarmac with a nice ‘kick’ at about 2.8k. Incredibly friendly (aren’t all parkruns!) efficient and a very long double funnel to be in awe of! 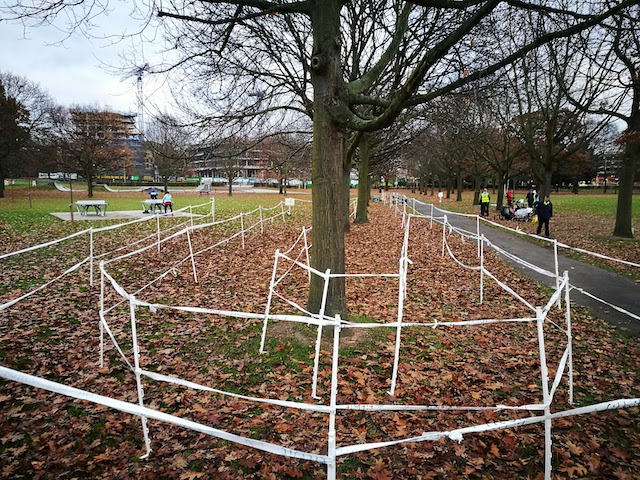 Chelmsford is known as the “birthplace of radio” as it was the location for the first entertainment radio broadcasts in the United Kingdom in 1920 by Guglielmo Marconi. Marconi is now known as E2V and is a major employer in the city and the factory can just be seen over the river from parkrun.

Our most famous landmark is a Victorian railway viaduct which is the main line to London/Norwich that you pass under twice. You are running through three parks – Central, West and Admirals Parks. 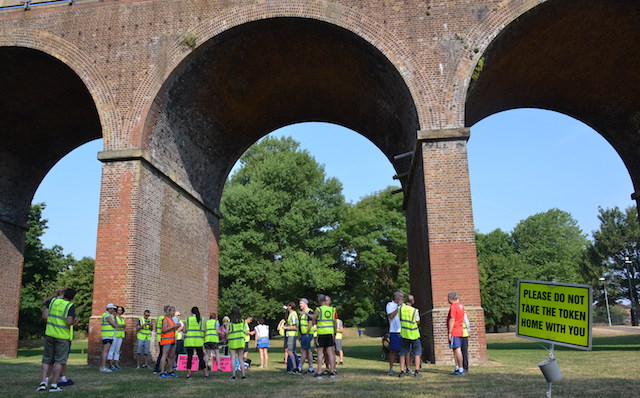 After parkrun we go to the ‘Cake at the Lake’ in the park right next to the lake of course! You can get coffees and food served by Nicky, Sue and the team. 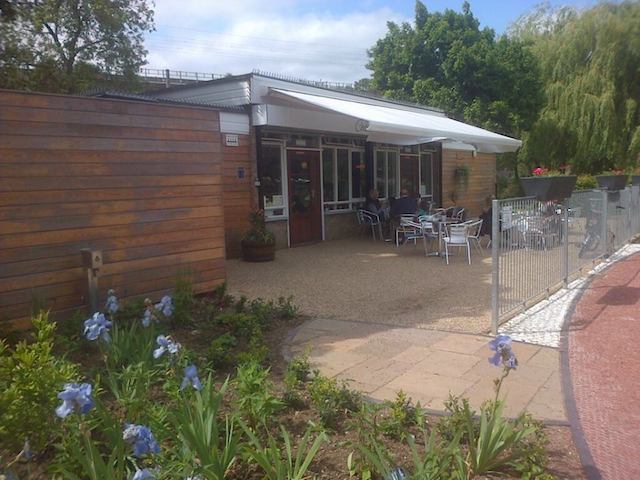 In August 2013 we were fortunate to have Eddie Izzard visit and run with us as part of his patronage of the Join-in scheme which spun out of the London 2012 Gamesmakers. We also were privileged to have Dave Moorcroft visit on the same day as he was the Director of Sport for Join in.

Eddie ran in a respectable time of 25:10 and is the only parkrun that he is known to have done. Coincidently our male course record was set that day at 14:56 so there is a challenge available for someone! 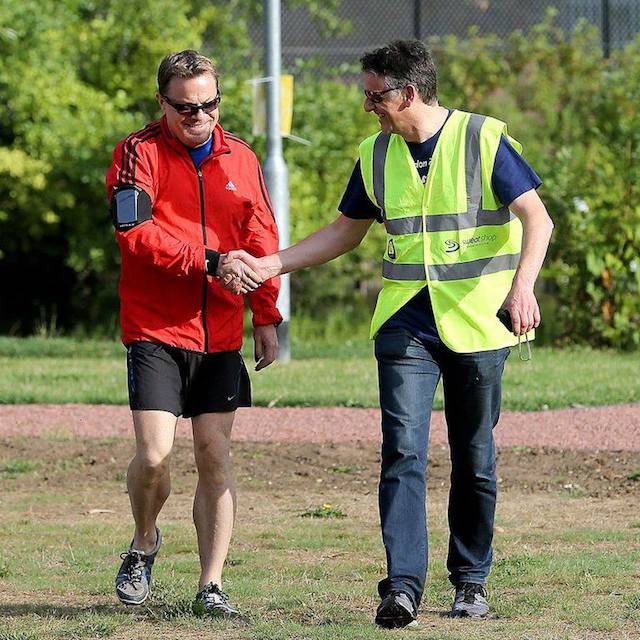 We have seen people start running at parkrun and go on to do marathons which is amazing. But we have one runner amongst many others, Apryl Hammett who set out to go for 100 marathons then decided that 250 was the new target and is currently on 180!

She still finds time to do parkrun and volunteer as a VI Guide runner. A fantastic example of what can be achieved if you set your mind to it. 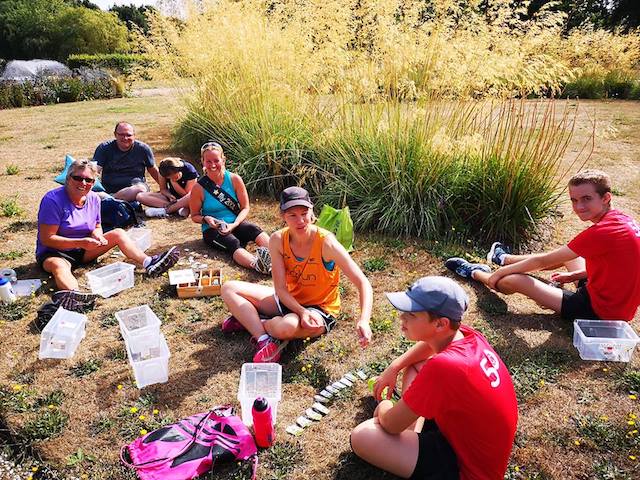 Like most parkruns, stories abound about how parkrun has enhanced peoples lives in many ways with either their running or just volunteering.

We have a large community of like-minded people here and they contribute to the city for healthier, happier lives. For some it’s an escape for an hour on a Saturday morning, for others it’s the highlight of the week and the time to meet up with old and new friends alike. 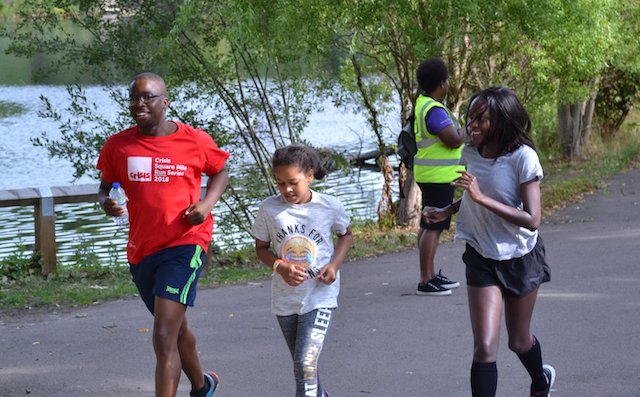 We see lots of families running together (with some collectively over a 1,000 parkruns) and hopefully will encourage fitness as a part of the children’s/family’s weekly routine to create a healthier and happier city. We do also have a vibrant junior parkrun in the same location.

Volunteering is a huge part of this event with 30+ most weeks with a high of 60 volunteers recently. There is a common parkrun myth that parkrun is a threat to established running clubs but since we started this event it has been a feeder to the local clubs once people discovered parkrunning was fun and good for their overall health.

We were delighted to welcome parkrun back across most parts of New Zealand at the weekend, which together with events in Australia’s Northern Territory and one in the Falkland Islands, saw more than 2,700 people walking, jogging, running and volunteering across 27 locations. The first time round, it took us five-and-a-half years to go from…

Behind the scenes: The Health & Wellbeing Team

We each have our own individual stories to tell about how we first got involved in parkrun and the impact that it has had on our lives. We all have different perceptions of what parkrun is, and what it means to us.  However, there are two aspects of parkrun that are universally relevant:   The…