The annual Six Nations rugby union tournament sees England, France, Ireland, Italy, Scotland and Wales go head-to-head. What is one thing those nations all have in common? They all host weekly parkruns of course!

With the men’s and women’s Six Nations approaching, we take you on a parkrun tour of the six countries involved, showcasing events near host stadiums. You never know, you might just want to give them a try! 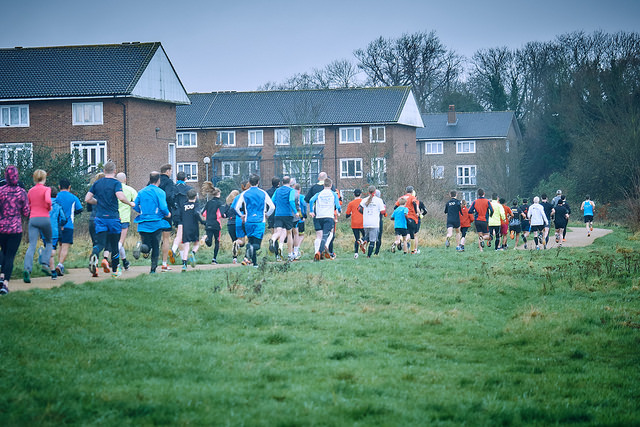 The first scrum-down of our tour of the parkrun Six Nations takes us to Crane parkrun in Twickenham, in west London, located just a parkrun away from Twickenham Stadium.

The course is a one-and-a-half-lapper situated within Crane Park, walking, jogging and running along firm gravel, trail and paved paths. Crane parkrun is known locally as a fast course, so whether you start on the front row or the second row, a PB is always a possibility – some might even say it’s a lock-ed in certainty! 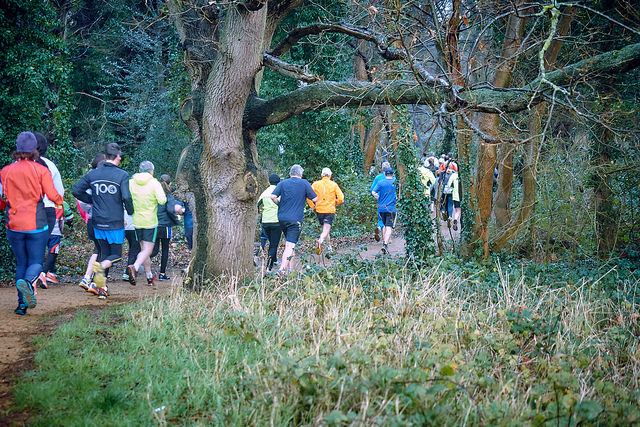 The pack at Crane has grown steadily since launching in June 2012, from double figures to close to 200 parkrunners each week. At the end of your free 5k you can sail between the finish funnel posts, turnover your barcode to the scanners, and tackle some post-parkrun refreshments! 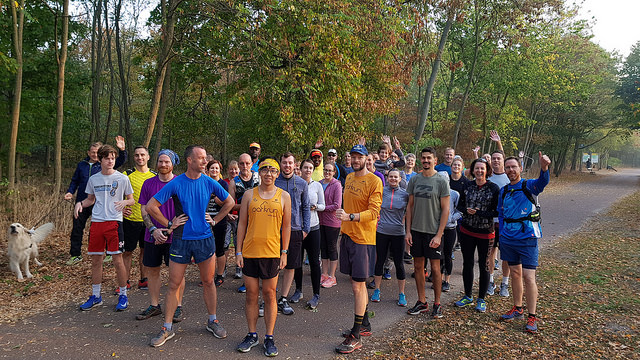 Allez les Bleus! For stop number  two, we touchdown in the beautiful French capital city, Paris. Located to the west of the city, Bois de Boulogne parkrun is one of eight parkruns across France.

Bois de Boulogne is the second largest parkrun in Paris and parkrunners may recognise parts of it which feature on the annual Paris Marathon course. Whilst slightly shorter that 26.2 miles, the parkrun course consists of one large loop, followed by two smaller loops, taking place on wide paths. 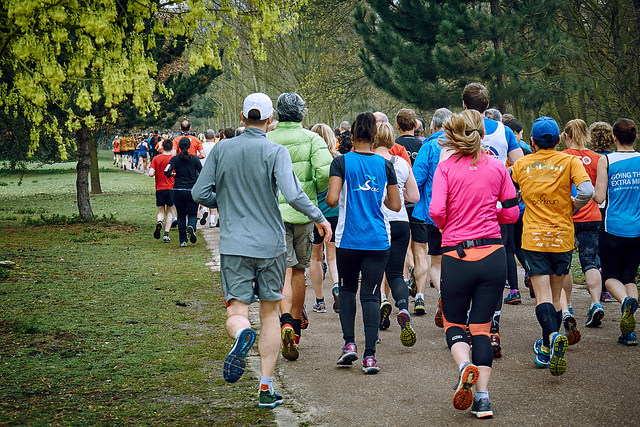 In your excitement to add France to your tourist list of parkrun countries, it might be easy to get carried away, but remember to bring your barcode or you might find yourself in the sin bin! 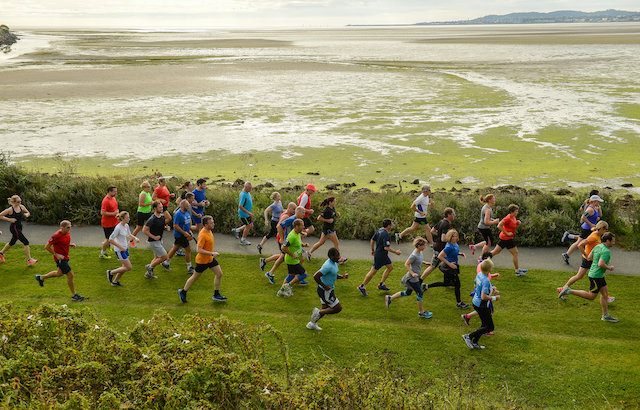 The halfway line of our Six Nations tour takes us to Ireland, a champion destination where you can claim your parkrun grand slam! Poolbeg parkrun in Irishtown, Dublin, joined the parkrun family in August 2017 and offers a picturesque coastal location.

As well as tourists, Poolbeg parkrun serves the local communities of Sandymount, Irishtown and Ringsend. The event is located beside the beach, and each week the course is different as the tide and the weather change the scenery!

In addition to the Irish nature reserve hill, other landmarks include the backdrop of the famous Poolbeg chimneys, which measure 207 metres and are a landmark of the Dublin skyline. The out-and-back course starts with a run along Blackberry lane, with a short sharp hill just before the turnaround point. 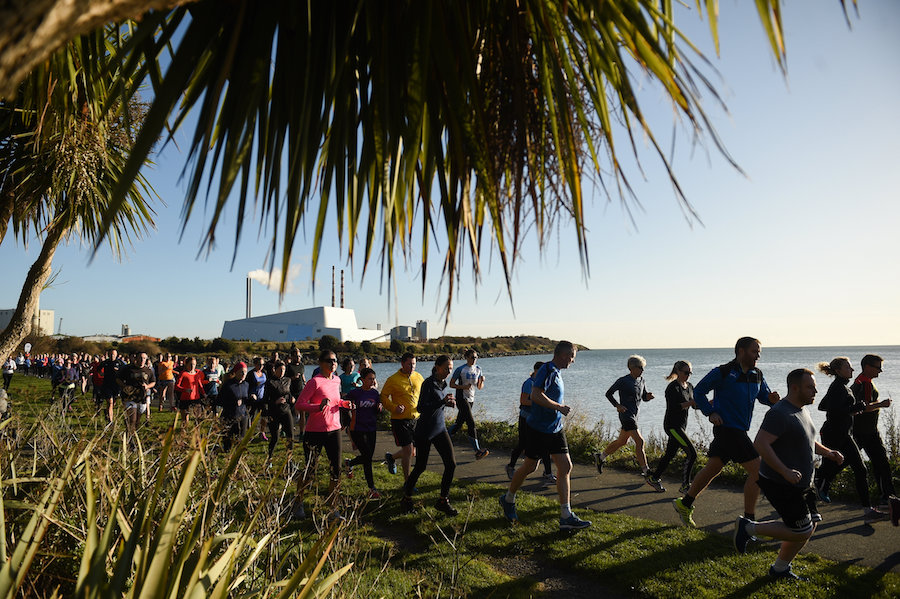 Having made your way back safely to the finish funnel, you can hand-off your token to the volunteers, and whilst there is no coffee shop on site, the hi-vis heroes and regulars usually head into Sandymount village, just a Johnny Sexton kick away from the finish line! 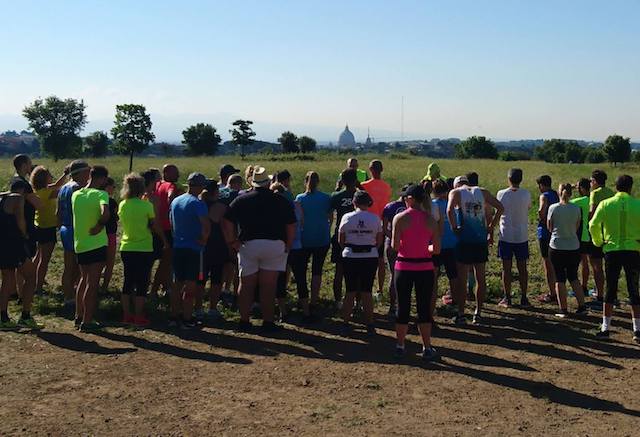 As an up-and-coming rugby nation, Italy may be the underdog when it comes to on-the-pitch matters, but when it comes to parkrun the country offers some of the most scenic and eye-catching parkrun courses in the world, with the number of events growing steadily to 16.

Historically Rome was one of the most iconic capital cities missing from parkrun Europe’s offering, but now boasts to two events; Caffarella parkrun to the southwest, and Roma Pineto parkrun in northwest Rome. 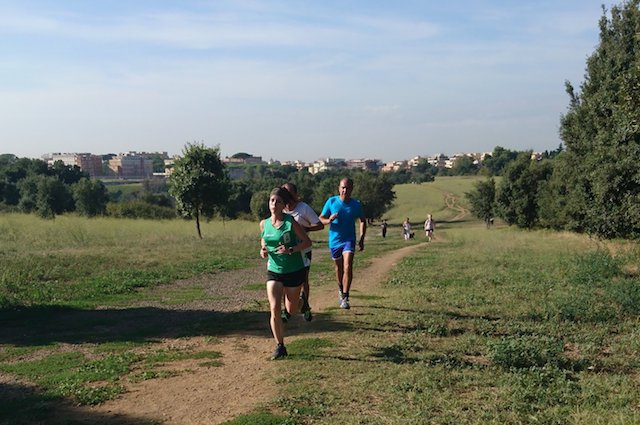 For those visiting for the rugby, Roma Pineto parkrun is only a parkrun away from Stadio Olimpico and is a two-lapper that has been completed more than 3,600 times, and counting!

Unsurprisingly it has proved a popular destination for tourists looking to get their barcodes scanned whilst exploring the city, but the wide trails mean you won’t need to ruck and maul your way to the finish.

From the capital of Italy to the Scottish capital, next up it’s Edinburgh parkrun. 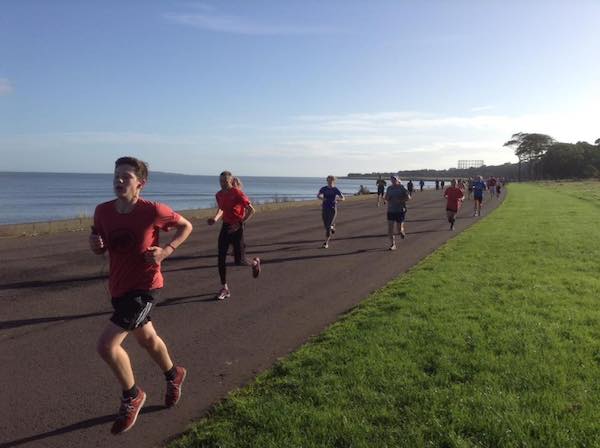 Whilst there might not be any bonus points on offer, your reward for making the trip to Edinburgh parkrun is a glorious waterfront course, flat, and on generally wide footpaths.

But whilst you might think this parkrun would be as fast as it looks, just like a fullback making a last-ditch ankle tap, the exposure to the Scottish elements and the fearsome coastal wind can leave you agonisingly short to glory! 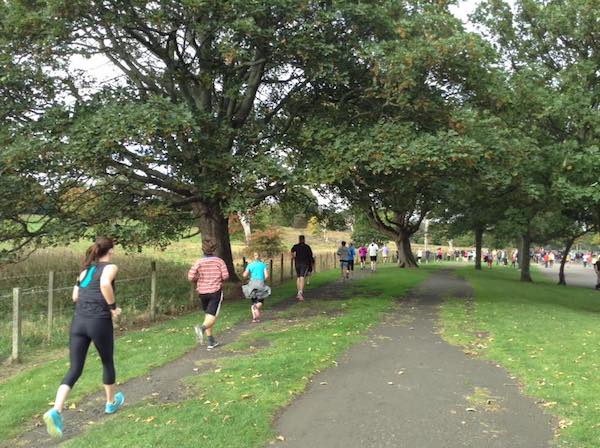 As you approach the finish, the tips of the Forth Road and Rail Bridges are visible, as is the tall white ship’s mast at Cramond Village and the Queensferry Crossing. Also look out for landmarks such as Birnie Rocks and Ronald Rae’s eight-tonne Fish Sculpture, which can be seen standing proudly on the beach.

And like all parkruns, whether you finish first, number eight, middle of the pack or with the Tail Walker, what matters most is being active outside and intercepting the coffee in the cafe afterwards!

Our final stop sees us travel over the black dot to land in Cardiff, Wales, the home of the dragons, and a fearsome prospect for visitors. But whilst those tourists wearing numbers 1-15 on the pitch can usually expect a hostile reception from almost 75,000 passionate fans, you are guaranteed a much friendlier welcome at Cardiff parkrun! 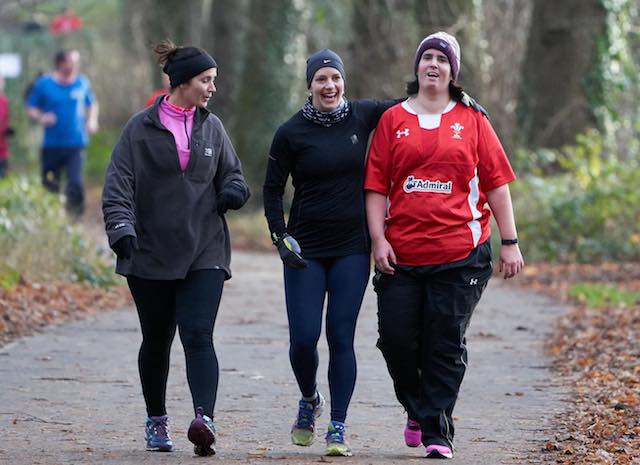 When Cardiff parkrun launched in 2008 it was the seventh event to join the parkrun family and the first outside of England. Over more than 10 years of parkrunning, Cardiff parkrun has now grown to the point where they welcome up to 1,000 parkrunners to their home stomping ground each week.

The course is definitely suited to flying wingers, with a flat, scenic route featuring river views, woods, parkland and gardens. It travels out for 2k, then does a 1k loop followed by 2k back to the finish – you can even just about see the Principality Stadium – better known as the Millennium Stadium, home to the Welsh rugby team. 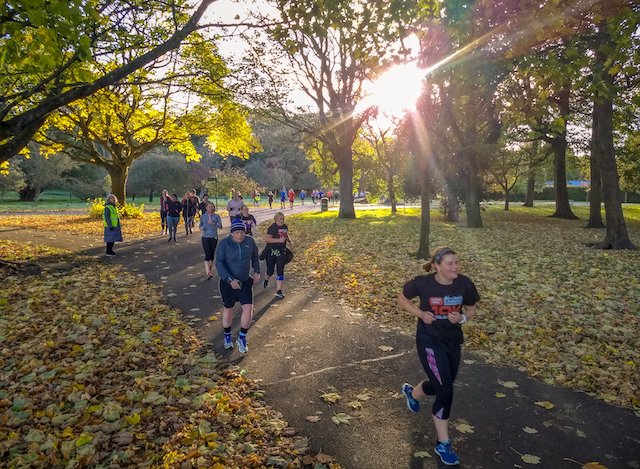