Ahoy matey, it’s time to find your sea legs because we’re off to sail the seven seas!

Batten down the hatches, for the latest instalment of the parkrun Tourism Series we discover The Pirates Club! 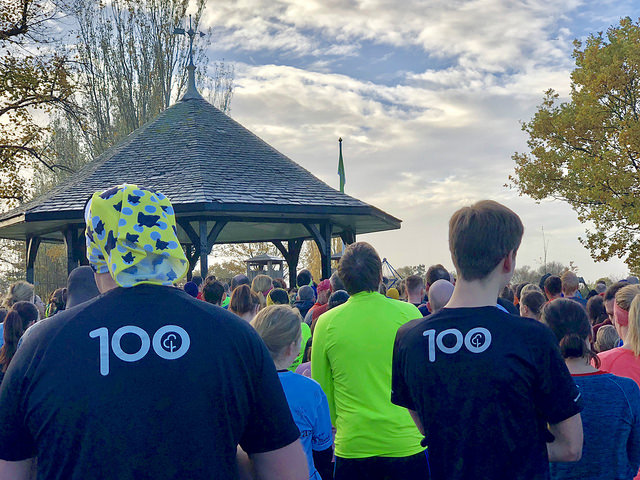 Yo ho ho! For the first leg of our Pirate Club tour navigating the parkrun seas, we dock at Catford parkrun in south-east London, in the Borough of Lewisham.

This event is one of London’s younger parkruns, launching in April 2018. Catford parkrun takes place in Mountsfield Park and the route starts and finishes at the bandstand.

The two-and-a-half-lap course twists and turns its way around the pretty park on a mixture of tarmac paths and grass, with cheerful Marshals spurring you on each time you pass. 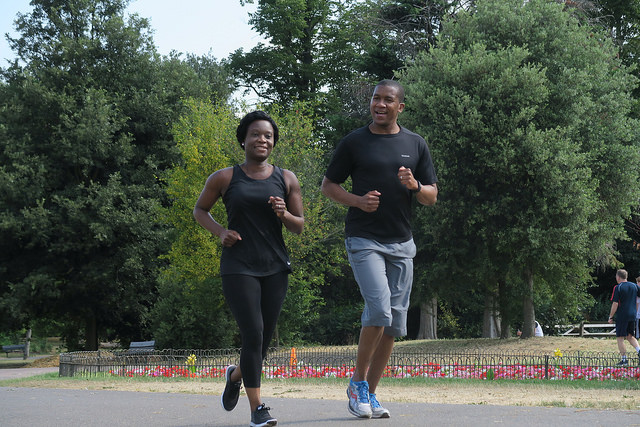 The cafe in the park is the ideal spot to toast your morning work and share your loot with your fellow parkrunners, whether it be a shiny new PB or a precious milestone.

Just remember to bring your barcode, otherwise you may find yourself walking the plank!

Shiver me timbers! Our next stop brings us to Wiltshire, which has been home to Chippenham parkrun since April 2014. 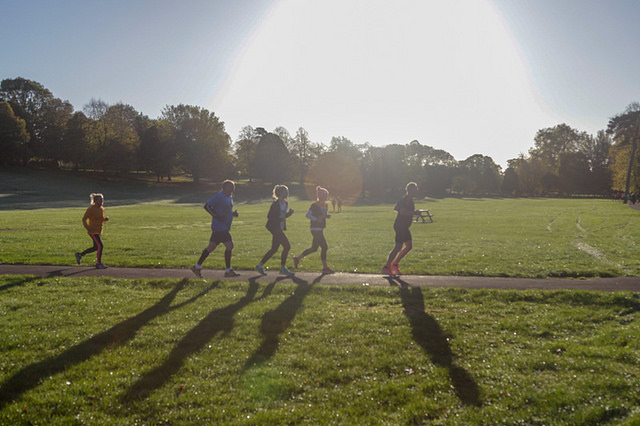 Chippenham lies 20 miles to the east of Bristol, and the south-west of England is fast becoming a parkrun stronghold.

This shipshape event welcomes around 200 parkrunners each week, all of whom are treated to a two-lap course in the town’s Monkton Park.

Those parkrunners that like life on the high seas will enjoy the nautical element of Chippenham parkrun, as the course starts and finishes beside the River Avon, with the route following the river path. 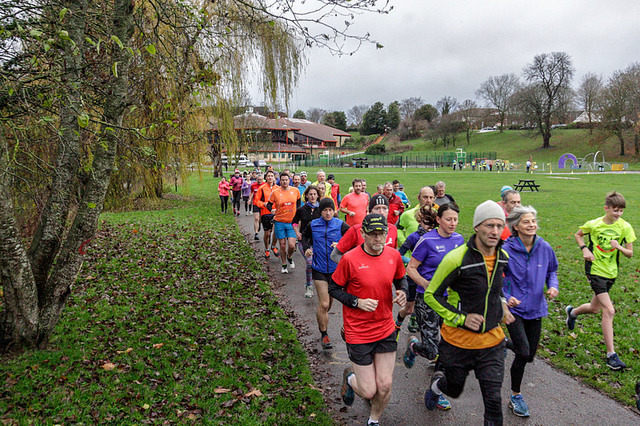 Once you have successfully navigated your way to the finish and your barcode has been scanned, you can weigh anchor and hoist the mizzen, because it’s time for our next destination!

From west to east, next up we reach land in the county of Essex, for a trip to Clacton Seafront parkrun. 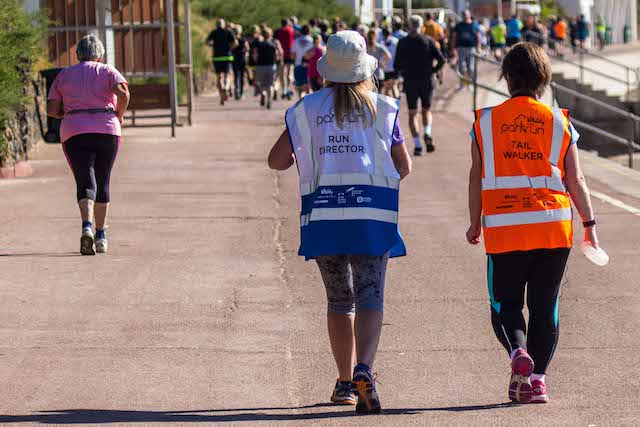 Thar she blows! Like all coastal and promenade parkruns, the sea breeze plays a big part at Clacton Seafront parkrun.

The course is not as fearsome as spotting the Jolly Rodger, but this out-and-back three-lapper will definitely prove a challenge if the wind picks up, and there are a few “slopes” as you move from upper to lower promenade. 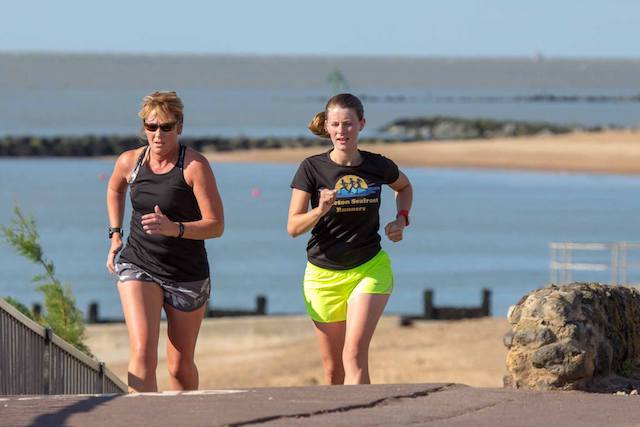 However, since launching in October 2016 there have been several speedy performances at Clacton Seafront due to the smooth paths and mainly flat sections, so there is a bounty to be had.

Having completed your free, timed, 5k, you can spend the rest of the day at the seaside enjoy sights such as Claction Pier, the amusements, and even play in the sand before we leave for our next voyage! 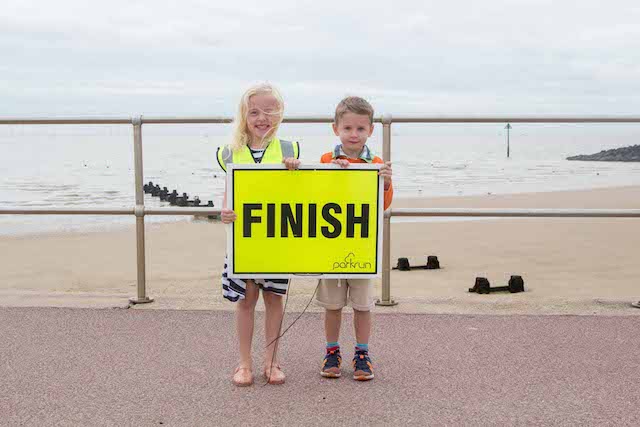 From the east coast of England, we sail to Northern Ireland for our next C, this time dropping anchor at Comber parkrun in Newtownards, County Down.

The sailing theme continues because a famous native of Comber, a small town five miles south of Newtownards, was Thomas Andrews, the designer and architect of the ill-fated ocean-liner, RMS Titanic.

Thomas was on the ship when it struck an iceberg, and sadly lost his life along with 1,500 others on that tragic night. 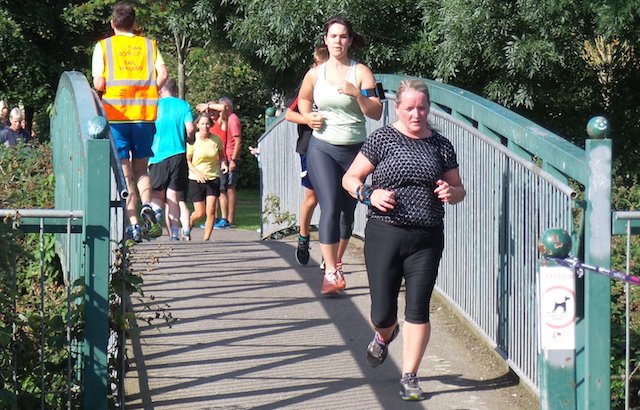 This four-lapper involves a figure of eight around Parkway, and water-lovers will be buoyed by the fact you and your loyal crew get to cross Enler River footbridge twice on each lap.

The event has been a huge success in the local community, and more than 3,500 people have completed the Comber parkrun course since the inaugural event in May 2014. 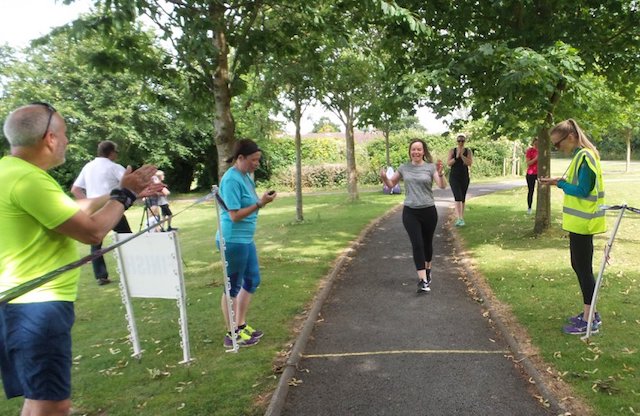 Well blow me down, the breathtaking Conwy parkrun on the north coast of Wales needs little introduction!

The famous, dramatic backdrop is provided by Conwy Castle, a World Heritage Site, which was built for King Edward I between 1283 and 1289 and boasts eight imposing towers. 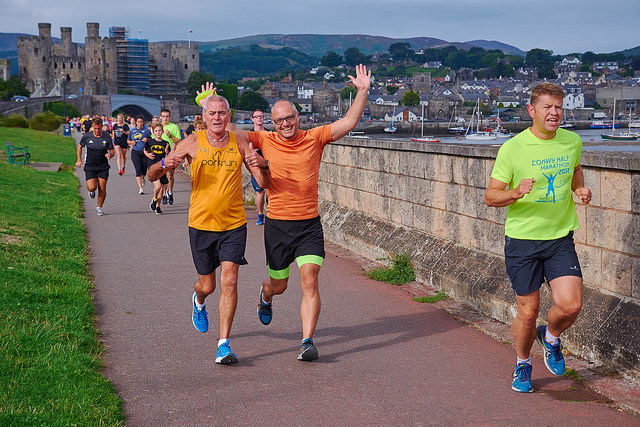 The parkrun volunteers are much less intimidating, and this flat and fast out-and-backer along the River Conwy sees between 200-300 parkrunners charging towards the fortress each week.

Along the way you get to enjoy views of the castle, and the river, so it’s definitely a course suited to those keen on grabbing a selfie or two!

And you can leave your cutlass at home because the royal treatment continues after parkrun; the RSPB Waterside Coffee Shop opens up half an hour early especially for parkrunners! 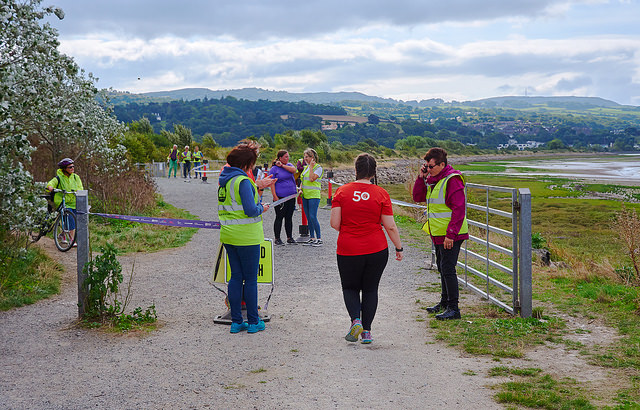 Every captain needs a loyal crew to ensure there isn’t a mutiny, so where better to find one than Crewe parkrun!

The town of Crewe lies within the county of Cheshire, in the north west of England, and historically Crewe was renowned for its illustrious, world-famous railway workshops. 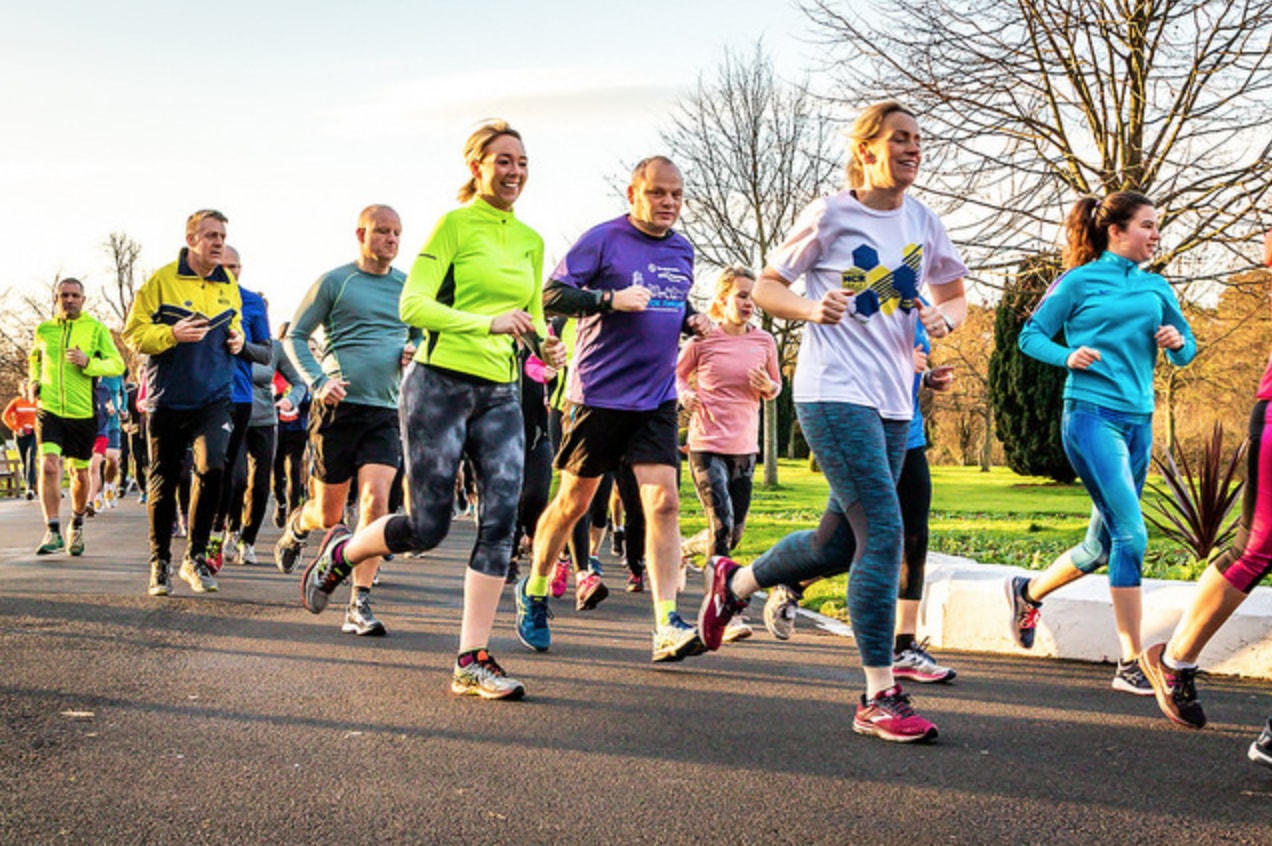 From the tracks to the paths, Crewe parkrun is just under a year old and as they approach their first birthday, the course has welcomed more than 3,000 parkrunners of all ages.

Each has been treated to a picturesque, buggy-friendly, three-lap 5k, which takes in the main bridge, the clock tower, and a short lakeside section. That all sounds far too hospitable for parkrun pirates ticking off another C, so some small inclines are thrown in for good measure. 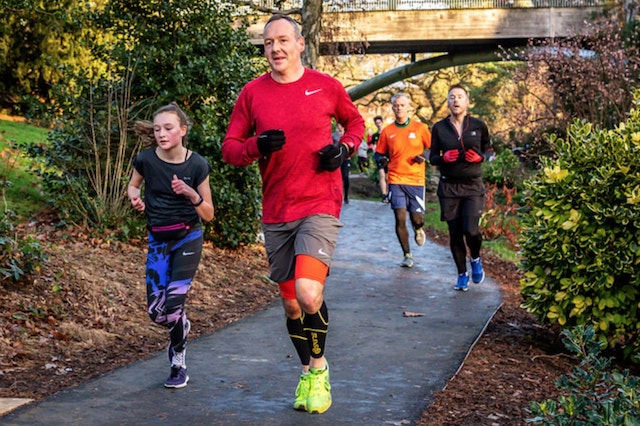 We steer our ship further north for the final of our seven Cs, this time to Scottish shores, where we set eyes on Crichton in Dumfries.

Crichton parkrun is set through the Crichton Estate, a beautiful 85-acre parkland in a stunning location in south Scotland. 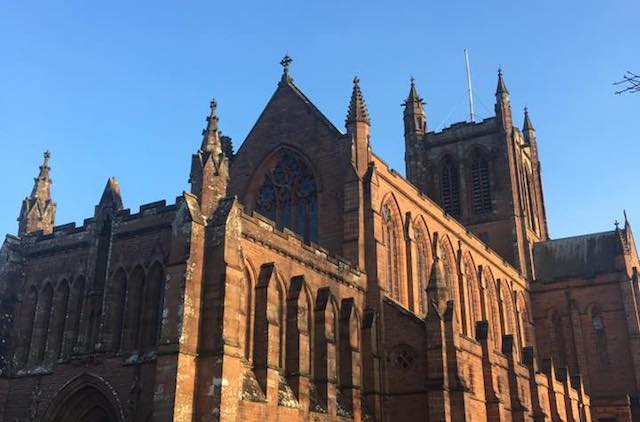 The event recently celebrated one year of parkrunning, and has proven a popular destination for tourists and locals alike, with more than 100 people taking part each week.

Starting and finishing at the Crichton Memorial Church, which dates back to 1887, the course takes you around the estate on smooth paved paths and on the whole is mainly flat, with a few moderate inclines to keep you occupied! 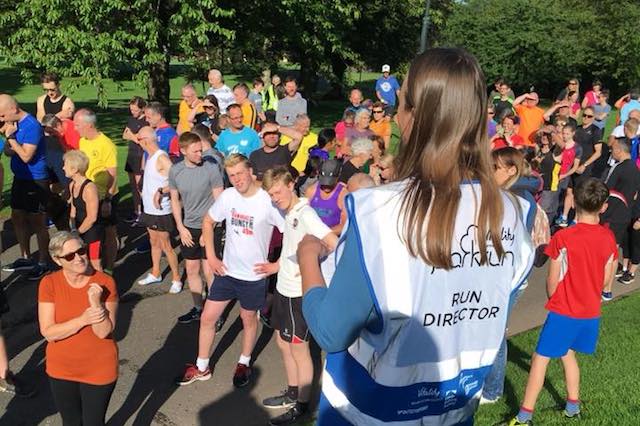 You’ve successfully navigated seven of the parkrun seas, so now it’s time for your letter aaarrrrgggghhh!

There are a number of options for parkruns beginning with R, but we’ve docked on the east coast of England at Redcar parkrun in North Yorkshire. 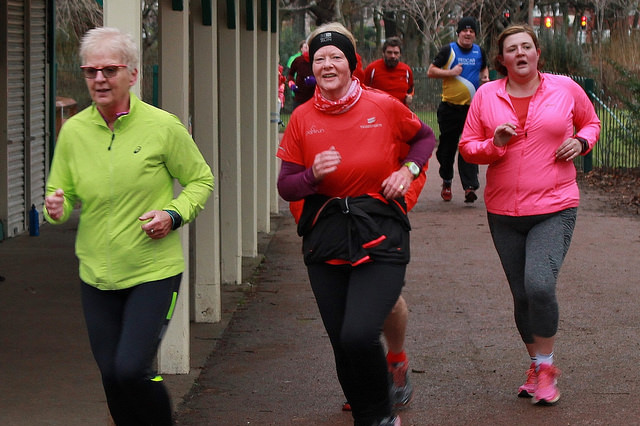 Redcar parkrun has been part of the parkrun family since April 2012, and takes place each week in Locke Park, just a short walk from the centre of the town. This Teesside 5k course is a generally flat, two-and-a-half lapper, and welcomes around 200 parkrunner every Saturday morning.

Don’t worry about getting marooned, because this seaside town has plenty to keep you entertained after parkrun. Find a cafe, settle down with some scallywags, and toast your entry to The Pirate Club! 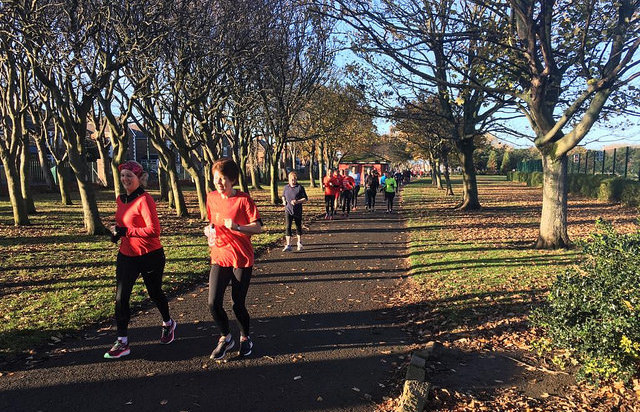 A number of other parkruns beginning with the letters C and R take place every week across the UK. Find your nearest events here.

After diagnosis and treatment for a rare blood cancer, regular parkrunner, Bill Roffey, set his sights firmly on returning to Bramhall parkrun. He is now about to achieving some well-deserved, chunky milestones.   When the Coronavirus pandemic hit in 2020, I was already a parkrun addict having clocked up over 200 parkruns since first attending…

Martin Cuthbert took up parkrunning as part of his plan to ward off type 2 diabetes and avoid medication. So far, it’s all looking good!   I’m 73-years-old and completed my first parkrun in November 2021, I’ve lost weight and my plan to control the type 2 diabetes with diet and exercise appears to be…