The town of Loughborough is synonymous with sporting excellence, and in 2018 it became home to parkrun, with the launch of Dishley parkrun.

I moved down to Loughborough in 2016. When I was planning to move I instantly looked up parkrun and was very surprised there wasn’t one, parkrun had been a regular Saturday morning feature in my weekends. I did however make contact with Andrew who was in the process of getting parkrun started.

After been involved in lots of meetings, course walks and planning I joined Andrew as co-Event Director in May 2018 and Dishley, Loughborough parkrun was launched at the end of July 2018. What an exciting 9 months it’s been – parkrun has developed into a friendly community. We’ve welcomed over 290 individual volunteers and had numerous takeovers from running clubs and local school groups.

On top of this we were lucky enough to win Outstanding Contribution to Sport and Physical Activity at the Charnwood Council Sports Awards in December! 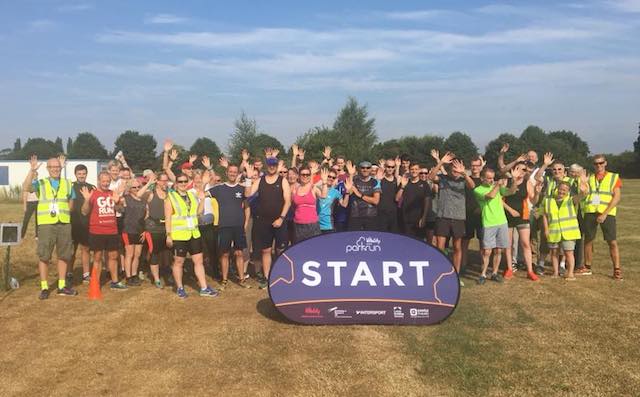 Since we launched, it’s reminded me why I love parkrun – the sense of community, support and friendships. It’s also made me realise it’s a lot more than just turn up and complete 5k! A lot of work and time goes into getting parkrun set up for 9am on a Saturday morning.

Thankfully we’ve an amazing team of volunteers who have helped make everything go smoothly and who, through their energy and enthusiasm, have made Saturday mornings at Derby Road Playing Fields a genuinely happy time for all. 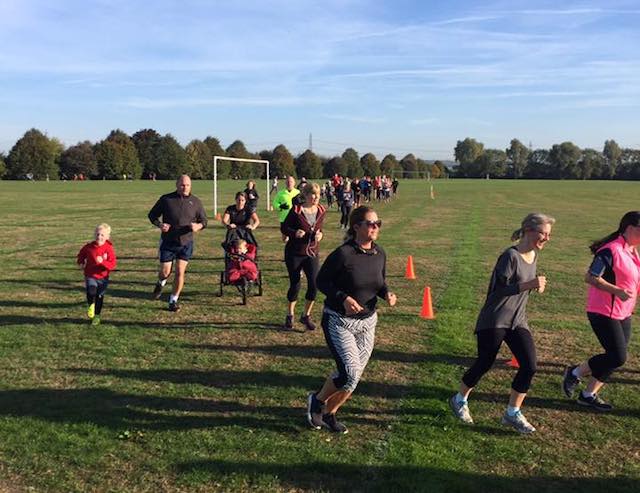 Loughborough is a small market town, probably most famous for its sporting university. Our parkrun route allows you to get away from the bustle of Loughborough market and busy university and enjoy the peaceful canal.

The course has a mix of terrains – two laps (not all in one go) of the playing fields then out towards the canal and a lovely stretch along the canal towpath. It gives you variety in terrain but also the scenery. The section along the towpath has some lovely views.

We don’t have any landmarks as such but given our parkrun has developed a bit of a theme, our landmarks include Pooh Corner (complete with Winnie the Pooh in his own hi-vis jacket), Tigger Bridge and Eeyore’s Hole in the Hedge! 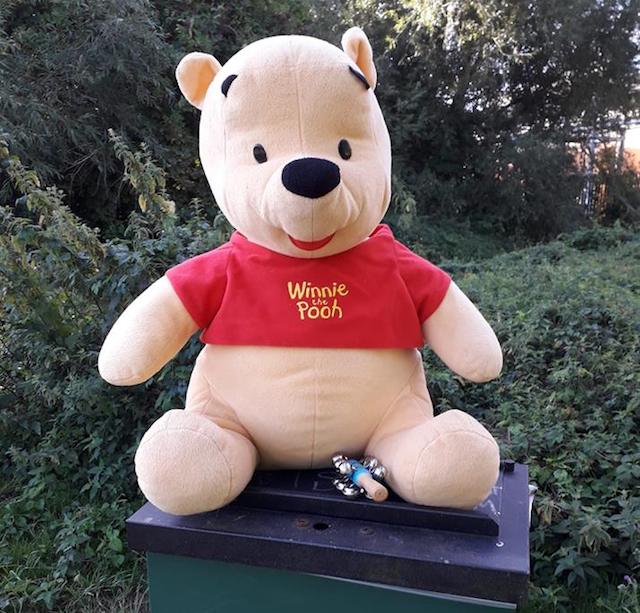 We meet in the Loughborough Rugby Club clubhouse for post-parkrun coffees and breakfast. The clubhouse is the venue for our parkrun with the finish line just metres away so you don’t have far to go after your completed the course.

During our first few events, parkrunners were greeted with high-5’s and smiles from a little boy cheering on his family. Little did we know that he was preparing to join in on event number 5 – the day after his 4th birthday!

He has since completed over 30 parkruns and every week gets high-5’s from lots of our volunteers as he makes his way around the course. 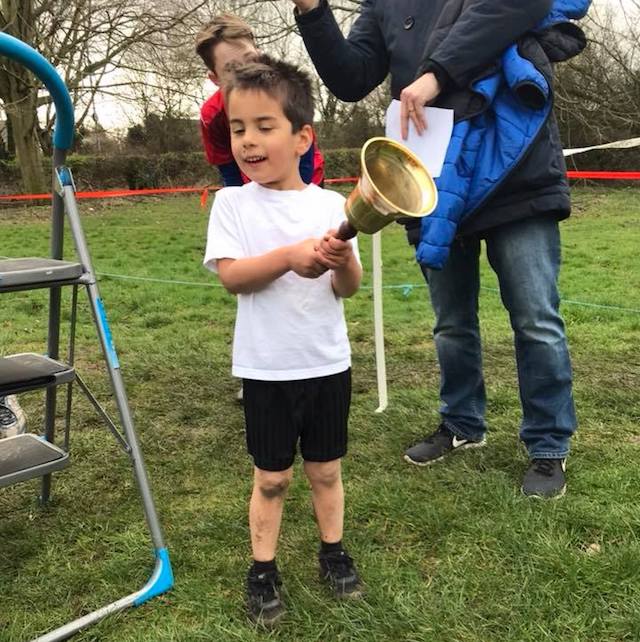 Our trial event was held a week before we launched with only 42 participants including the Tail Walker. The first place at this event was William Kirk.

William has since gone on to win gold in the 20-24 Age Group Sprint Distance European Champion which took place in Glasgow last summer. 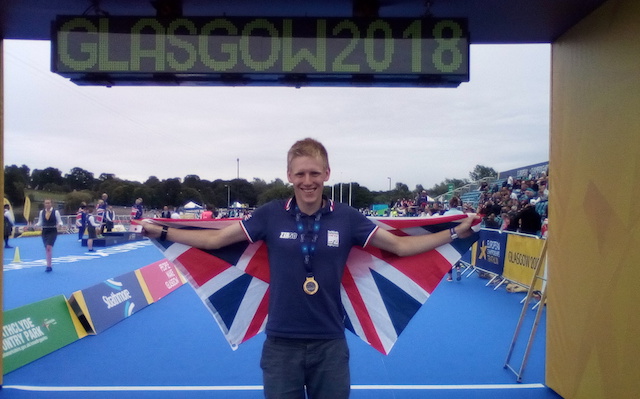 One local parkrunner, Glyn, stepped in to volunteer at our inaugural event, for a role he’d not done before. It is a role that requires concentration and good communication. Glyn was Guide Runner for a Visually Impaired (VI) runner, Leigh.

This involved running alongside Leigh using a tether and communicating all the way around the course to point out any trip hazards, sharp turns and changes of surface. According to Leigh, Glyn did a fab job and it’s a role that Glyn has done again – this time knocking 1minute 30 seconds off their previous time! 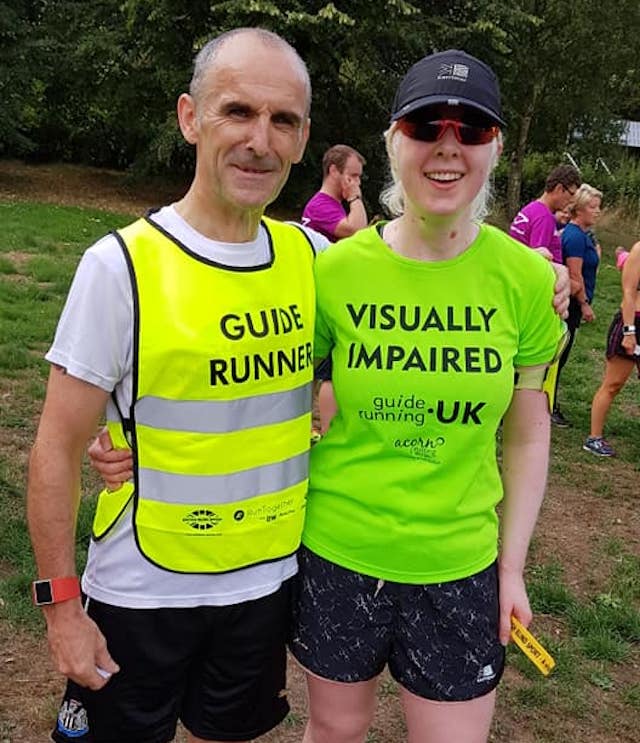 parkrun in Loughborough has been a long time coming. We have lots of parkruns in the surrounding area but having a parkrun on our doorstep has opened up a whole new Saturday morning activity to so many people.

It’s so lovely to see whole families completing the course together, as well as many people locally completing their first ever parkrun.