Roy Taylor is a parkrunning octogenarian and RAF veteran from Sussex, who has been running for more than half a century.

Roy tells us the remarkable story of how parkrun led to a chance meeting with a fellow RAF serviceman he served and competed with 62 years ago!

Robin was a star runner, who finished second in the National Junior (18-21) cross country championship. I was rather less so but was pleased to have scraped into the back end of the Hertfordshire senior team for the Inter-Counties Cross Country Championship. As a budding athletics historian, I was well aware of Robin Campbell, but he would not have had the faintest idea of my existence!

In June 1957 we lined up for the No.11 Group 3 miles championship at the RAF stadium at Uxbridge. While he was taking first place in 15:00, I was over on the back straight, but finished second in 15:40. The following month we both ran in the RAF final at the same stadium.

On returning to civilian life, we both improved, but him considerably more. I have continued running and competing right up to the current time, and I am sure that Robin has too. It was, however, to be about 50 years before his name crossed my radar again… 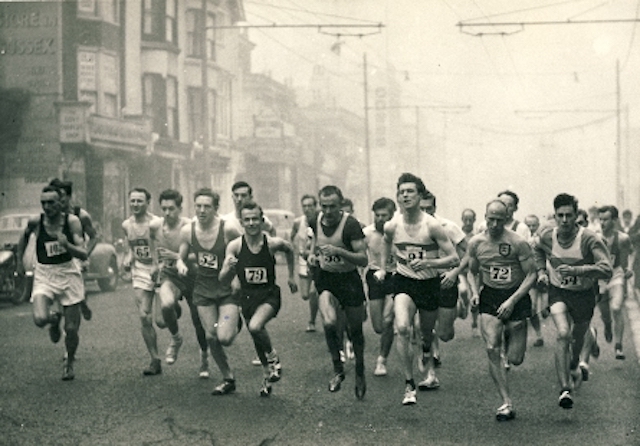 The advent of parkrun gave new life to long-standing elderly runners like me. Sussex was quick to get in on the act and my home run, Brighton and Hove, was one of the earliest. There are now 16 in the county.

I spend a bit of time each weekend looking at various results, and all of a sudden I spotted Robin Campbell from Essex appearing at parkruns all over Sussex. On quite a few occasions I had been running at the same event (but never in front of him!) and did not realise this until I checked the results. This near-miss trend continued. We were both at the Octogenarians parkrun at Bushy Park last year, and even at a new event at Lancing at the end of 2018, Robin was three places and 90 seconds ahead of me, and I was still unaware of the situation.

I decided to look at Robin’s parkrun profile, and found that Sussex is not the extent of his travels. Like me, he has also caught the parkrun bug, and as I write this, he has completed 288 runs at an astonishing 234 different venues, compared to my 265 at 20 venues.

Now with a heightened state of awareness, I found myself peering more closely at elderly faces at Sussex parkrun events, and was eventually rewarded earlier his year when we met at East Brighton parkrun. We had a good chat and reminisced about the RAF and later life.

In turned out that both of us have endured a serious medical agenda in recent years which has not done any favours to our parkrun times. Our times have doubled since those RAF days, and so too has the gap between us! Robin explained that he has family in Sussex, hence the regular visits to parkruns in the county. 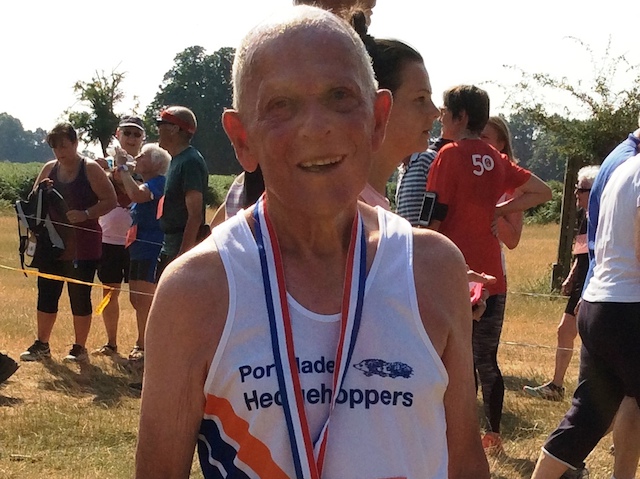 For both of us, our meeting was all thanks to the advent of parkrun. At our age, gaps in our running programmes are inevitable, but for me at least, the incentive to get back into action and make progress is provided by the wonderful institution of parkrun.

It is there every week, and you know that it will still be there when you need it.

Bushy parkrun in London will be the venue for a parkrun Octogenarian Celebration Day on Saturday 6 July 2019!

All parkrunners over the age of 80 years young are invited to walk, jog, run and volunteer together for the third edition of this informal event. Last year, 36 parkrunners aged 80 and over took part in the celebration day and it is hoped many more will join for 2019.

You can find out more here.