Brian Roberts underwent a quadruple bypass in late November 2018. The 72-year-old explains how parkrun gave him the confidence to get active after such a major procedure, and how special it is being able to share it with his family.

Growing up, I played rugby until my mid-30s and that involved running in the close season. Once time caught up with me and my rugby days were over, I carried on running, and after a close friend of mine sadly died, I started running the Great North Run for charity, completing my first one in 2000.

After a few years of plodding away, in 2016 I noticed I kept feeling an annoying pain. I went to see the doctor, and after various appointments and tests, two years later I was diagnosed with Angina. Unfortunately, that was only the start of the deterioration of my health.

During the course of an investigation through an angiogram, a complication with the surgery meant my main artery was damaged. I was put on a waiting list for a bypass and suffered a heart attack, and subsequently had a quadruple bypass in Heath Hospital in Cardiff at the end of November.

Keen to start the long journey back to full health as soon as possible, I started my rehab straight away. Af first I could just about manage 50 yards of walking when I first started out. It was frustrating and difficult, but I was determined not to give up.

Slowly, over time I increased the distance day by day, to the point where I was walking up to five miles at a time. My attention then turned to running!

As part of my cardiovascular rehabilitation, the staff had me on a treadmill, running for five minutes at a time. My first run outside was along a canal, with just half a mile out and back. But just like my walking, as time went on I continued to build slowly, listening to my body, but determined to improve.

A friend of mine was regularly taking part in Pontypool parkrun, and one week I went along with him. I completed the 3 miles without stopping, although I found it took me about 2 miles before I got into a rhythm. I was absolutely exhausted afterwards.

Six months on, I have now completed eight parkruns in total, reducing my time from 40:48 to 33:59, which I think is not bad for someone in their seventies! parkrun has helped me rebuild my confidence, and my health in a welcoming environment.

But what has been really special about parkrun is that I can share it with my family. In May I ran at Porthcawl parkrun with my daughter and two granddaughters. To have the three generations together was a very special moment for me. 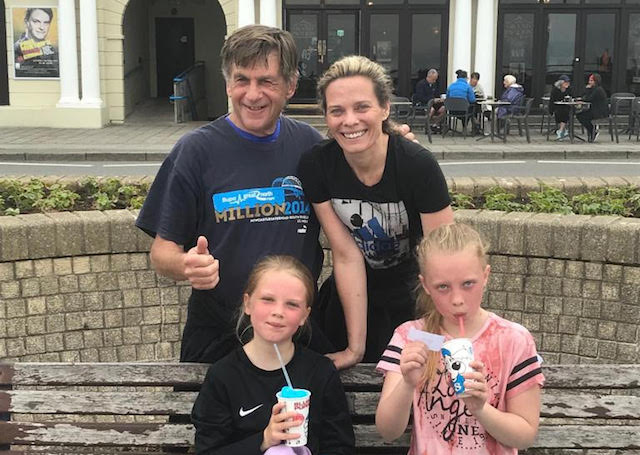 I have certainly got the running bug back. I put myself down to run the Porthcawl 10k with my daughter and son-in-law. I managed to complete it, feeling even stronger in the second half compared to the first 5k.
I have started putting my running medals on my clock at home. Fititingly, I will be back running the Great North Run later this year, so I have left space for that one. I’m determined to fill that clock.
Brian Roberts 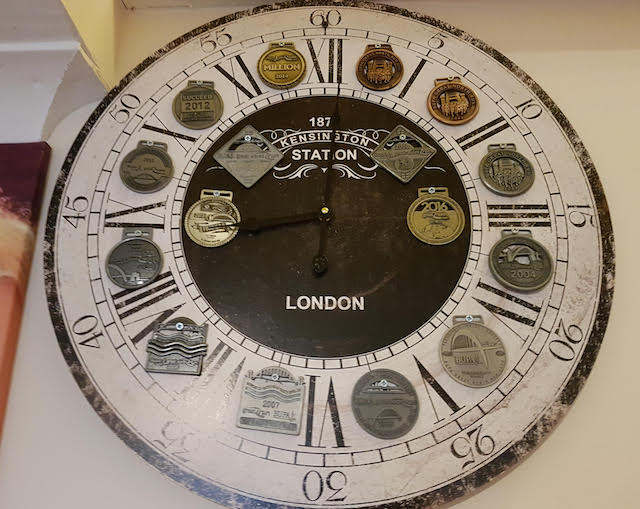 You won’t regret it

Harriet Glen had just moved to a new area and was looking for a way to make friends and keep fit. She found her local parkrun and never looked back.   I first heard about parkrun from a friend when I moved to London eight years ago. I’ve always liked staying active but I really…

Nothing to be embarrassed about

Curtis Ledger wants everyone to know that weight is not a barrier to participating at parkrun. After tail walking with his daughter at Bodington junior parkrun, a chance set of circumstances set him on his journey to taking part in 5k events.   Having just completed his 50th parkrun at Woodhouse Moor in Leeds, he tells…