Refusing to give up

Robert Jerry was a keen amateur runner for the majority of his adult life. That was until he suffered a heart attack during a race and was saved by a paramedic who happened to be running near him at the time he collapsed.

Now in his 60s, Robert tells the story of his long road back to health and fitness, how he overcame so many major obstacles along the way, and what it was like to overcome his fears to make his way to parkrun.

In 1981 I joined the running boom, entered the first Great North Run, and got the running bug. For the next 25 years, I entered nearly every run I could fit around a busy job and home life. It was a pleasure to train and race, and my life revolved around my running.

However, in 2006 at the age of 49, I entered the Great North Run, as I had done on more than 20 occasions. I got to the start, but my next recollection was waking up over a fortnight later, unaware of where I was or what had happened…

I had suffered a number of heart attacks on race day, the first at the 11.5-mile mark. Another runner, who luckily worked in A&E, saved my life with CPR at the roadside, as my heart had stopped. I was given a 1 in 20 chance of survival, but luckily the care I received helped me survive.

I had to rebuild my fitness from scratch. I started off on the bike. I could only manage 10 minutes, very slowly. I had lost a lot of weight and muscle and struggled to walk even short distances.

However, after about three months of cycling and walking regularly, I attempted a slow jog. I couldn’t complete 60 seconds and feared that, even after another month and small improvements, my running days were over. But I kept on with my bike work and a little bit of cross-trainer.

Slowly improvement came and after about six months, I could manage 10 minutes of jogging, followed by 10 minutes of walking, and gradually reduced the walking until I could jog for 30 minutes. I still felt exhausted and assumed this would be as good as it would get, so I continued with my gym 2-3 times a week for almost 10 years.
In September 2016, after suffering heart palpitations, I was diagnosed with an irregular heartbeat, caused by severe left ventricular dysfunction, and with another heart attack a possibility, I was fitted with a pacemaker to correct these symptoms. Again I had to miss the gym while the pacemaker bedded in, and the scar healed.

The trauma and fear, as well as my family’s concerns, had forced me to retire from road running, and despite my determination to return to some form of health which had driven me to be a regular at the gym, another setback left me feeling like I was back to square one. But, refusing to give up, I returned to the gym once again and built back up again from scratch.

I first heard of parkrun when my gym buddies would regularly talk about it and constantly extolled the virtues of their weekly 5k. They knew my story and my running background and knew that, even after almost 13 years, I still missed my running. It was when my son-in-law showed an interest in doing the local South Shields parkrun that I decided now was the time; I was going to train to walk/jog the 5k.

I knew I had the distance within my capabilities, judging by my training in the gym, but I had never been back out running on the roads since my heart failure, almost 13 years ago. Still unsure, I went to the start on a couple of occasions before entering, but once I did, I was hooked all over again! It was like I had never been away. 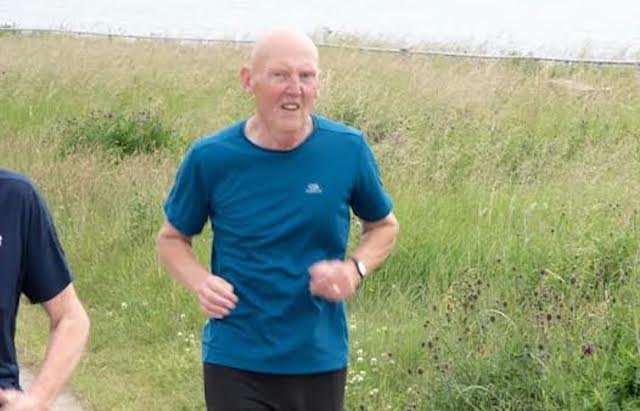 I completed my first parkrun in June 2019, and have now completed six parkruns, all at South Shields. After 13 years, and two major health scares, during which I was resigned to thinking my running days were over, the feeling upon completion cannot be put into words.
The pleasure of parkrunday, the atmosphere and the satisfaction after so many years cannot be bought. The most special thing about parkrun is running outside, with other like-minded people who have the same passion and love as I do.
I would encourage anyone of my age to give it a try. At parkrun, you will find people of all ages, shapes and sizes, all standards, no limits. It’s not a race, it’s a pleasure and is so incredibly rewarding.
I may not be the runner I was all those years ago, but I’m out there. And for me, that’s the sweetest thing I could ever ask for.
Robert Jerry

Over the past week we’ve continued to make positive progress and are excited to share a significant step forward today.    We have now completed our operating framework describing how parkrun events around the world will operate in countries where there remains an underlying level of COVID-19. This has been achieved through closely working together…