Rushcliffe parkrun in Nottingham joined the parkrun family in October 2012 and has welcomed more than 13,000 different parkrunners since!

Lisa Dickinson and Geoff Hardy, Co-Event Directors at Rushcliffe parkrun, tell us more about the event, and how they got involved… Geoff Hardy: “Having previously run at another local event, I was injured in the Autumn of 2012 when parkrun came to Rushcliffe and thought that volunteering would be an excellent opportunity to ‘put something back’ into the running community.

Within weeks I had made new friends,  willingly taken on the responsibility of being Run Director and rearranged my Saturdays to always be available between 8:15am and 10:30am – I am hooked on parkrun!” 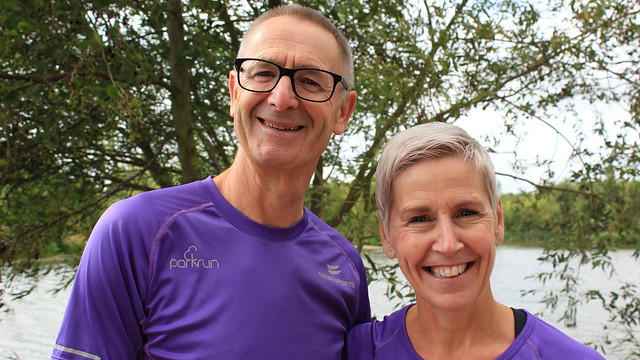 Lisa Dickinson: “My involvement with parkrun began when I saw an advert for volunteers for a weekly running event I was vaguely aware of taking place in a park I had never heard of.

Feeling very much out of my comfort zone I went along to a meeting and the rest, as they say, is history! Within a few weeks and as our event began to settle, I took over as Co Event Director and haven’t looked back.

We have built a community that continues to grow. I have enjoyed watching the numbers build, friendships develop (myself included!), seeing those who perhaps wouldn’t necessarily be active come along so they can have a run, walk or jog followed by a well-deserved cuppa and a natter.

For me, Rushcliffe parkrun has become so much more than a run/walk event. It’s inclusive to all and is firmly embedded into the community. Quite simply, I love how it brings everyone together on a Saturday at 9am for whatever reason.” 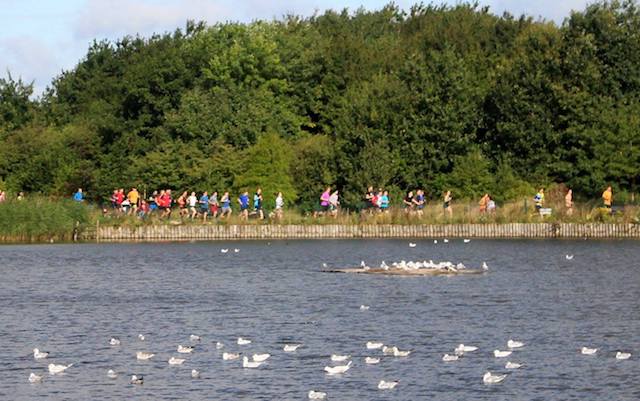 Rushcliffe Country Park is located just off the A60 between Nottingham and Loughborough. About 5 miles south east from the centre of Nottingham and the nearest village is Ruddington.

The course is a fairly flat two-lapper on hardcore footpaths, around a beautiful country park. The lake is our most famous landmark and is located near to the Education Centre and the car park. It’s an oasis of calm always teeming with birdlife.

We are very fortunate to be able to parkrun in the beautiful location of Rushcliffe Country Park. Nature is constantly changing and the flora and fauna evolve with the seasons to mean that no two Saturdays are the same.

The two-lap course gives you the opportunity to take in fabulous surroundings – whatever the weather! 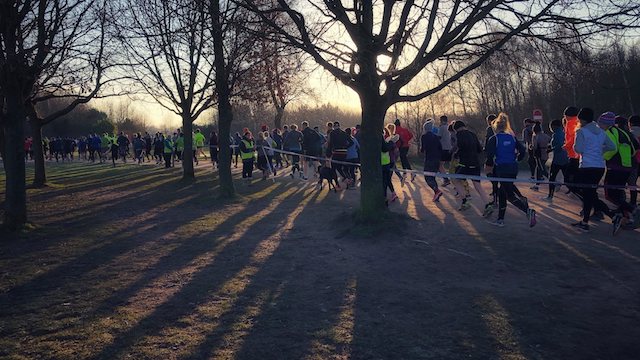 For our post-parkrun refreshments, coffee, tea and biscuits are available in the Education Centre for about an hour after parkrun each Saturday morning.

The results are processed, the tokens are sorted and the equipment is put away whilst many parkrunners gather for a chat and catch-up.

There is usually a good mix of regulars, nervous first-timers and tourists. It’s the place where many friendships have been formed. 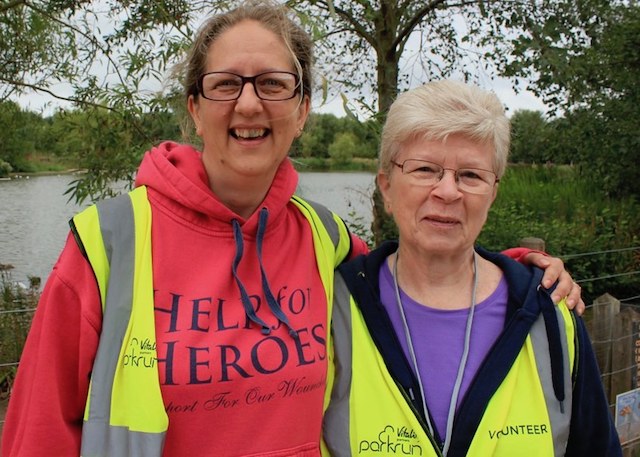 Lynne and Jo volunteer at Rushcliffe parkrun every Saturday, despite having no interest in running themselves whatsoever. The only parkruns they have completed have been when volunteering as Tail Walkers!

They both first came to Rushcliffe parkrun, separately, to support family members and whilst there tapped the Run Director on the shoulder to say ‘is there anything I can do whilst I’m here?’

A combined 200 volunteering occasions later, their families now come to parkrun at Rushcliffe to support Lynne and Jo’s volunteering! 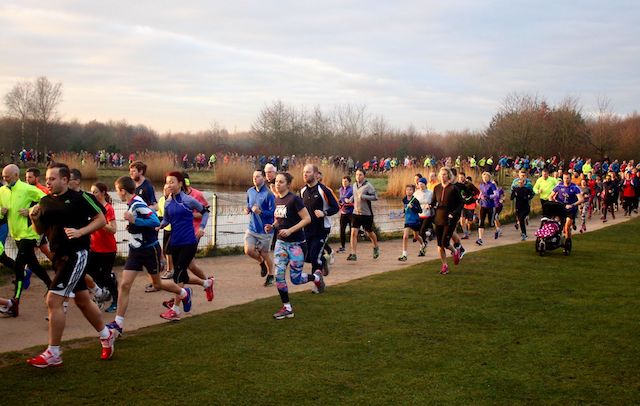 Another one of our local heroes is Karen Harrison. On August 5 2017, Karen ran a milestone parkrun. Her 81st Rushcliffe parkrun and her 89th parkrun in total.

Whilst it was not the standard parkrun milestones of 50, 100 or 250 runs, this is a much more significant and personal milestone for Karen. It was her first parkrun after beating breast cancer!

Only a few weeks after completing the 2016  Robin Hood Half Marathon, Karen was diagnosed with breast cancer. Now for most people, their world would have come crashing down around them, but Karen was never going to let that happen.

She made her mind up that this was purely ‘an inconvenience for possibly 12 months’ and that she would get through it. It was as simple as that! Karen didn’t make a fuss, she didn’t want any attention.

Amazingly, she carried on parkrunning even when she started having the treatment, because for an hour or so on a Saturday she was back into her normal routine again as she ran 5k, caught up with her friends and chatted over a cuppa, oh and one or two biscuits!

Even when Karen wasn’t well enough to run, she still came along most Saturdays to support and encourage husband Nigel and her friends, always looking a million dollars and with a beaming big smile.  Karen has truly amazed us all with her positivity, her amazing attitude and most of all her brilliant sense of humour throughout all of this.

When she was given the news she that has been waiting for… the cancer had gone, one of the first things the doctor told her was that she could start running again! I don’t think ‘over the moon’ even begins to describe how Karen felt hearing that. Well August 5, 2017, was that day. Karen has started running again! Karen’s 89th parkrun was her most significant parkrun milestone and a milestone that was well worth sharing with her fellow Rushcliffe parkrun friends. 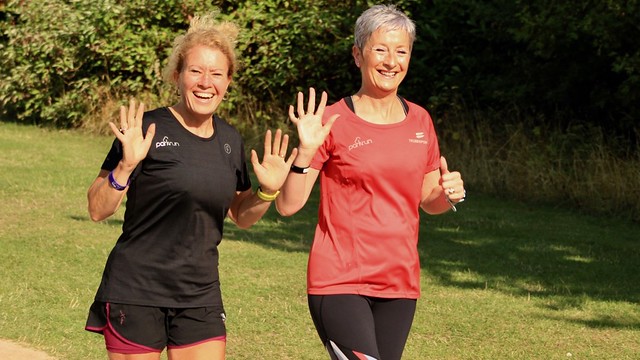 The biggest impact we have had in our local area is friendship. Rushcliffe was the second parkrun to start in the Nottingham area and now there are numerous within a 10-mile radius!

But still many parkrunners come back to Rushcliffe to meet and catch-up with friends they have met, either whilst running, jogging or walking their parkrun, or in the Education Centre having a post-parkrun coffee.

We’ve also helped many local people improve their own health. They have nervously turned up for their first parkrun having heard about it through friends, relatives or through the media, and walked or run/walked their 5k…

Then, over the weeks we see them coming back more and more regularly and joined in with them as they achieve their own milestones, from running the first lap non-stop, to successive PBs and their 50 and 100 t-shirts. 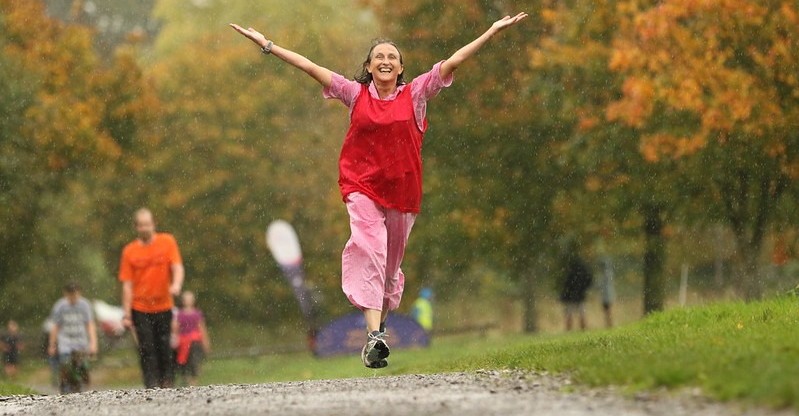 The promoter is: Millbrook UK Ltd  (company no. 1728009) whose registered office is Calmore Industrial Park, Totton, Hampshire, UK SO40 3XJ The competition is open to residents of the United Kingdom, with UK addresses, aged 18 years or over except employees of Millbrook Beds and anyone otherwise connected with the organisation or judging of the…

It is often said that children are great imitators, so it’s important to give them something great to imitate.    But what happens when the activity being imitated is not an enjoyable one, leaving a profound and long-lasting negative association?   One doesn’t need to look any further than the parkrun blog to read scores…