So many memorable moments

Cliff Waters read another parkrunner’s ‘If I can do it, so can you’ story and was moved to tell us about his late wife Glenys and why this mantra was also so important to her. These are his words.

I read another parkrunner’s story titled ‘If I can do it, so can you’ and I wanted to tell you about my late wife Glenys. This wasn’t the first time I had read those words, it was Glenys’ almost exact mantra as she battled Ovarian Cancer.

It is such an inspirational statement.

Glenys and myself first started parkrun at Peterborough in August 2013, and when we moved to Dorset, Moors Valley became our home parkrun. They’ve dedicated the last corner to her memory

After her diagnosis, Glenys was determined to reach 250 parkruns, sadly falling short by three at 247.

She was a truly inspirational woman who loved and promoted parkrun whenever she could, and who continued to run all through her many years of chemotherapy treatment.

We had so many memorable moments at parkrun. In September 2015, four days after major surgery at Addenbrookes, Glenys was pushed around Peterborough parkrun by members of our running club, Eye Community Runners. This is Chairman Dave Richmond doing the pushing! 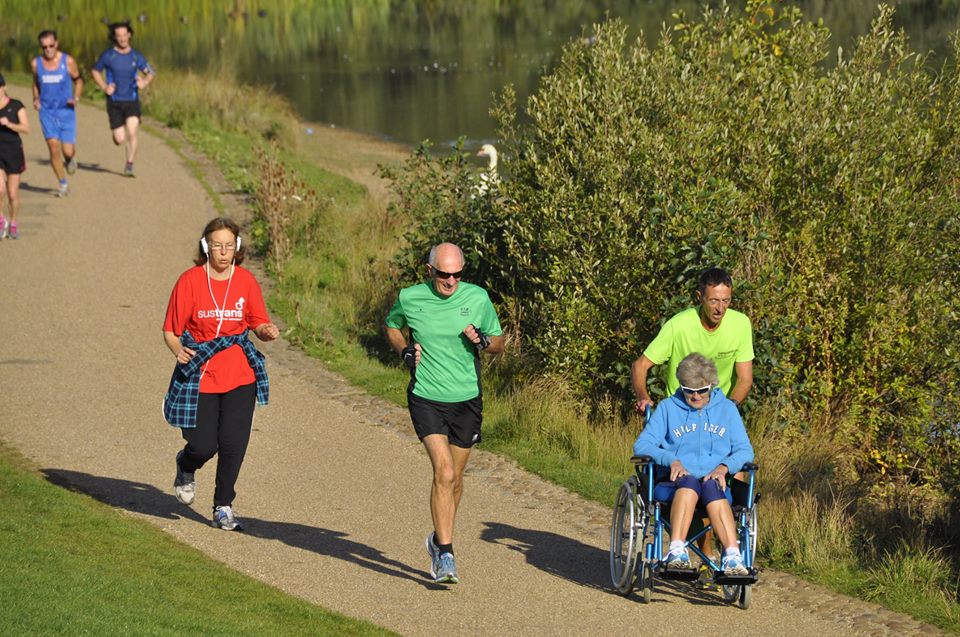 However, without a doubt the most memorable moment was when Moors Valley hosted the first ‘Wig Run’ for her. Glenys took to wearing coloured wigs to match her running outfits when she lost her hair during chemotherapy. Over 600 runners turned out, smashing the attendance record. 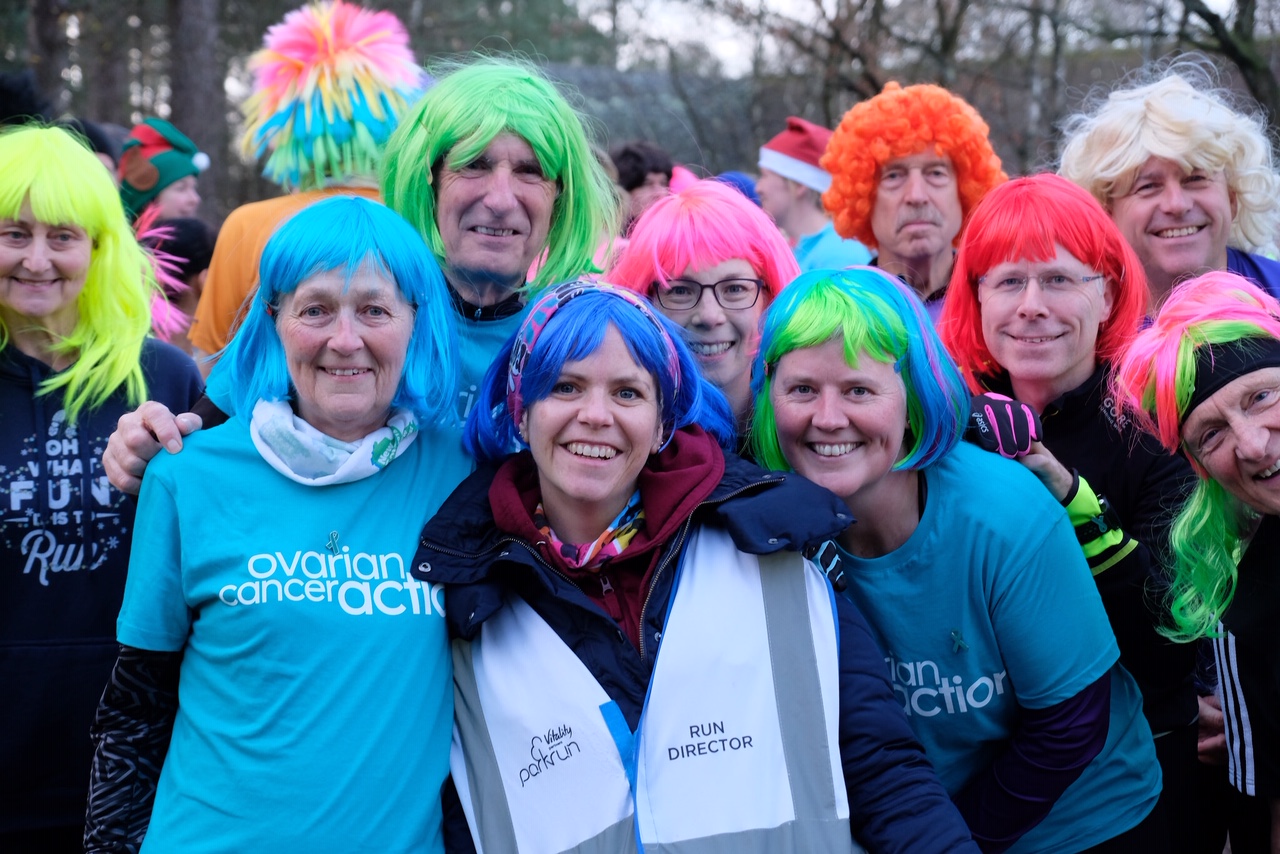 It was a truly emotional day that I will never ever forget.

Glenys was a wonderful woman and a passionate parkrun supporter, she would have been delighted to share her story.