Josephine Ocaka from the Ugandan Crew tells us all about the morning of cultural and community unison.

Every Saturday we count ourselves very lucky to be part of the amazing parkrun family at Burgess parkrun, in South London. On Saturday 12 October, the Ugandan Burgess parkrunners (the Ugandan Crew) organised a colourful Ugandan Independence Day Celebration parkrun with great encouragement and support from everyone.

This goes to prove that we are one big happy family at Burgess. Even the rain couldn’t stop us! 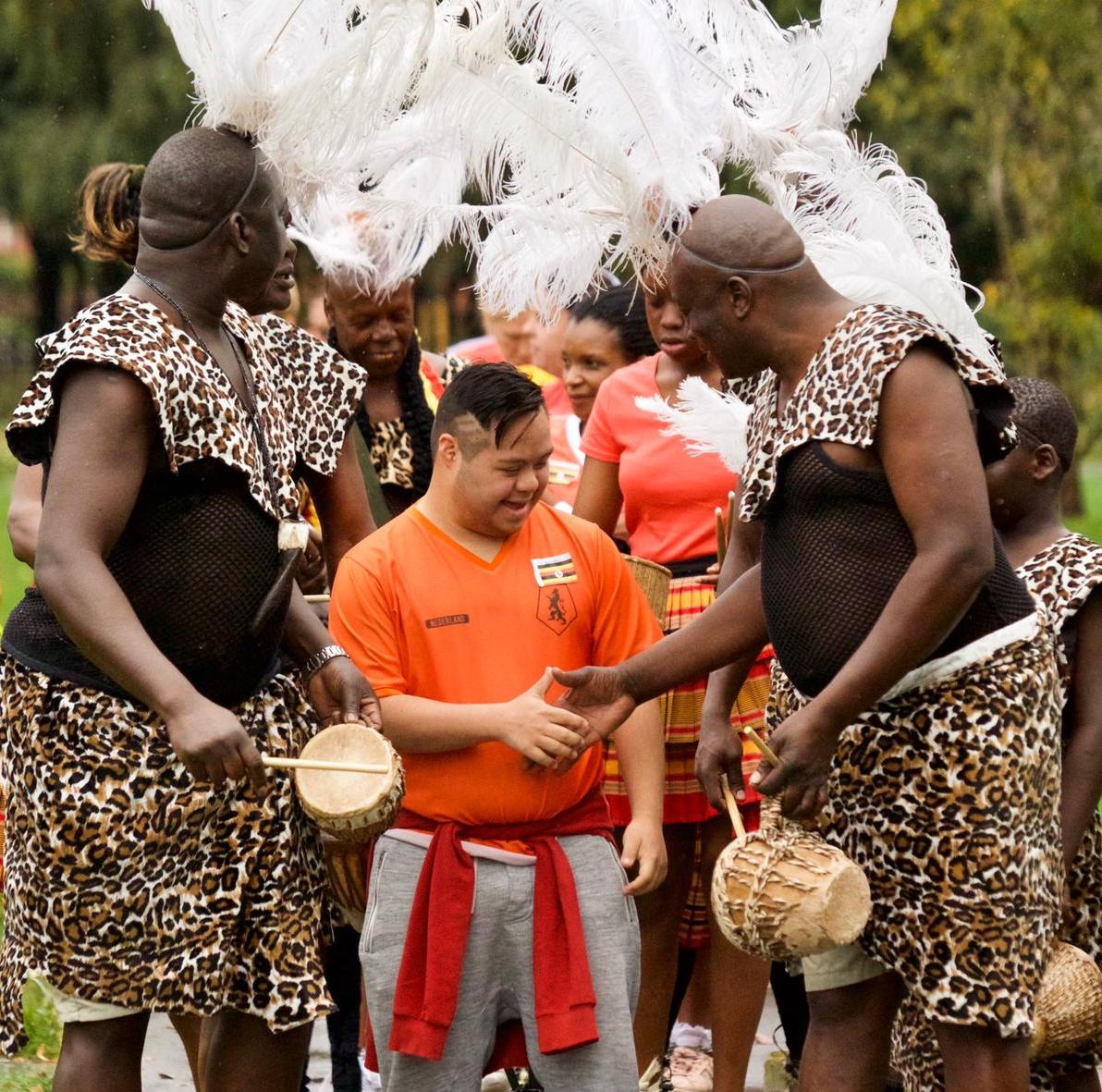 The idea to do a run themed on Uganda’s independence was the brain-child of Burgess Event Directors Chris Raveney and Laura Whelpton. We held the first one last year and the excitement created by this event meant that we had to up the game this year!

Our amazing team of volunteers from parkrun and the Ugandan Crew got to the park at 7am to set up and put up motivating signs on the course.  Everyone chipped in to make the day successful.

It was an incredible turn out of 572 parkrunners and truly beautiful to see the effort everyone made to dress in black, yellow or red (Uganda colours). Even passersby were drawn into the festivities, some also took park in the run.

The morning kicked off with a procession led by Lwo Cultural Group. The sound of drums and the cultural dancers dancing the Royal Bwola Dance, was followed by raising the Ugandan and UK flags, and then everyone was serenaded to the start line. 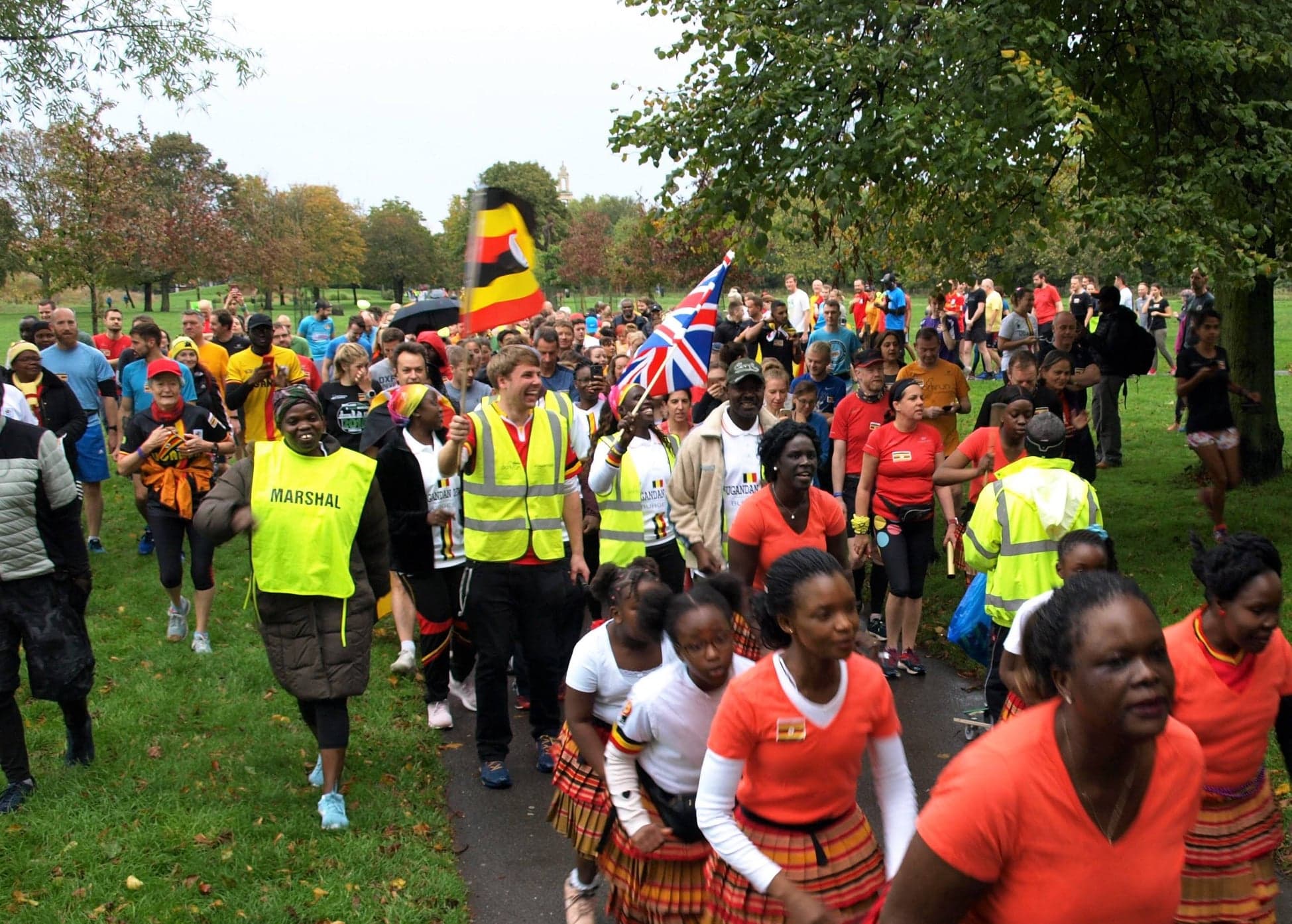 We loved seeing all of our fellow parkrunners, as well as parkrun ambassadors and our family and friends.

The Ugandan Crew were featured in an episode of Sky One’s Jessica’s parkrun Heroes and we were so happy to be reunited with Tim Langford (who directed the series) as he joined us for the celebration.

His Excellency Julius Peter Moto, the Ugandan High Commissioner came along too, and we were also delighted to see our friend Laura who arrived from Holland the same morning to take part!

parkrunners were greeted by Run Director Samuel Olara in Swahili (JAMBO) and taught to say ‘thank you marshal’ in Swahili – ASSANTE MARSHAL! Timekeeper for the day John Latigo counted down to the start of the race in Swahili – Tatu (three), Mbili (two) Moja (one), Twende (GO!)

Finishers crossed the line to a chorus of beating drums, and were greeted with Ugandan delights such as apple banana from Uganda, Mandazi (Ugandan donuts) and hot Ugandan tea and coffee and drinking water! 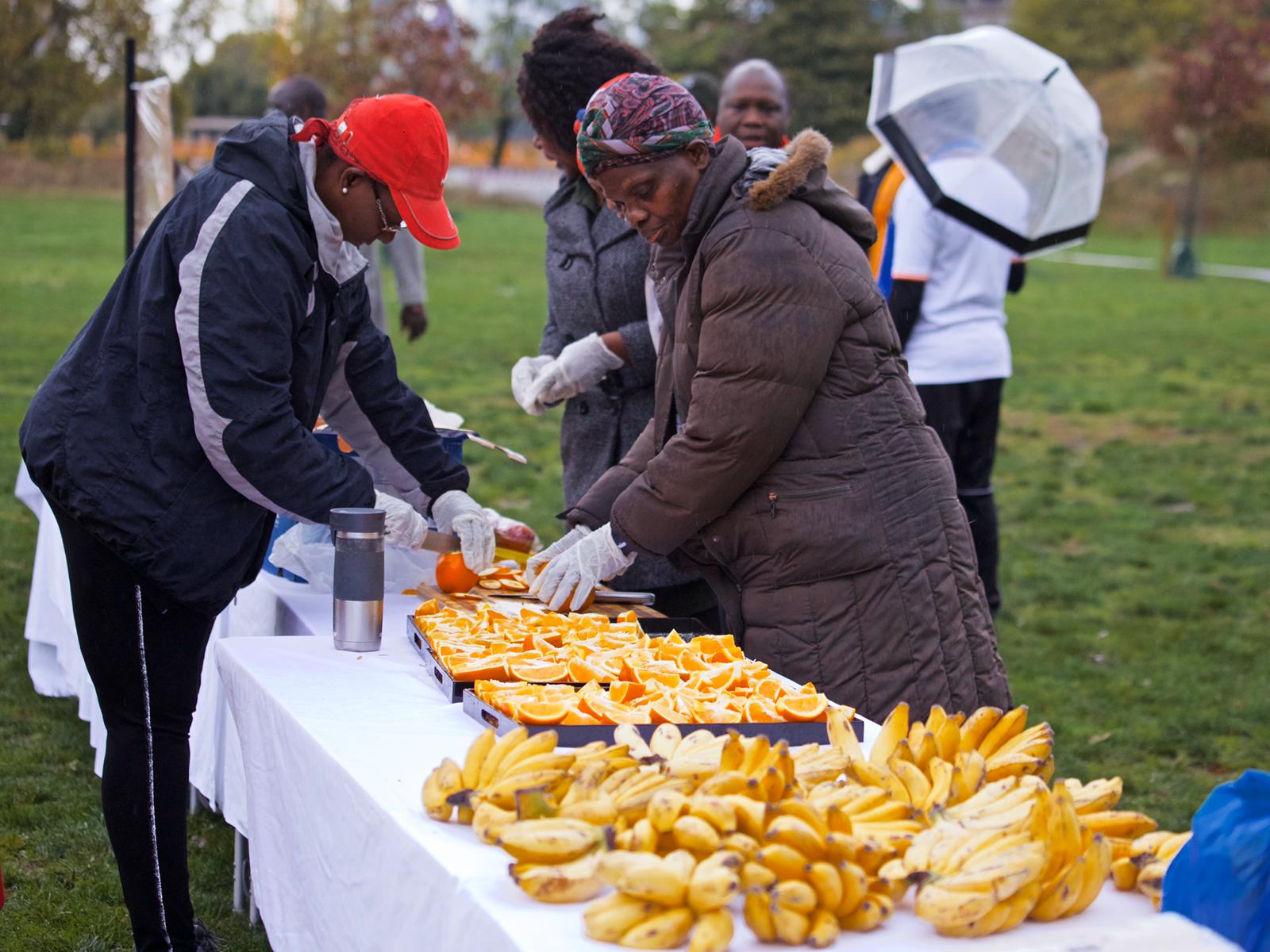 It was a parkrun like no other with music and dance that continued way after the run had finished. It was an amazing celebration of community and cultural unison. The cheers and festivities more than brightened this rainy Saturday morning.

It was a joyful parkrun and indeed a day that will stay in our memories forever.

We hope to see you next year!

You can watch a short film about the Ugandan Crew here.

Martin Crabb is chief cheerleader at Witney parkrun and played a key role during the Coronavirus pandemic in encouraging his community to keep active, engaged and logging their (not)parkruns.   Having been a Witney Roadrunners Club member since 1985, I have always been in contact with running mates. When I was told by one of…

It’s the people that make it fun

Unable to run due to a knee injury, Steph Adlinton is still enjoying all the camaraderie at Alness parkrun, as a parkwalker    I recently suffered two torn ligaments in my knee as the result of a fall at a half marathon event.   The diagnosis wasn’t good, and I was told to stop running…