For the people of Penzance

As part of the parkrun practice initiative, the Alverton Practice and its local Primary Care Network, wanted a local event to signpost patients and staff to.

Struggling to find one close by, they set up one of their own. Alverton Practice GP Sandra Treleven tells us how Land’s End parkrun came to be, and how the team are now championing the event in their own backyard, encouraging other practices around them to sign up.

The story starts several years ago, back in 2012, when our local parkrun hero Yvonne Turner had been trying to get a parkrun established at Land’s End for many years.

I started running almost six years ago; I did my first parkrun at Penrose in 2017 and became instantly hooked. I was delighted when “parkrun practices” were established in 2018 and subsequently spoke to my fellow GPs at Alverton about us becoming a parkrun practice.

Thankfully all were enthusiastic and Alverton became a parkrun practice linked to Penrose parkrun.

We went on to do a “parkrun practice takeover” in September 2018, and it was during the traditional post-parkrun coffee that my colleague, Dr Matthew Boulter, got into conversation with Yvonne about trying to set up a parkrun at Land’s End.

As a practice we saw a need to establish a parkrun closer to Penzance, where the practice is based. (Penrose parkrun is 14 miles from Penzance, our other nearest parkrun, Heartlands, is 17 miles away).

However, we recognised that Land’s End is both within our practice catchment area and would be closer to Penzance than Penrose and Heartlands parkruns, not to mention the villages and communities west of Penzance.

As a result of Matthew and Yvonne’s initial conversation, Matthew had the vision of trying again to establish a parkrun at Land’s End on behalf of the local GP practices in the Penwith locality and to share the concept of “parkrun practices’” and the initiative to encourage patients and staff to become involved in parkrun for the benefit in health and wellbeing this brings. The local GP practices in Penwith all offered their support and backing.

Matthew and I met with Land’s End management in December 2018 to explain our plans and vision and that we were representing several local GP practices. This initial meeting was very positive and was followed up by a second meeting again in February this year, this time with Yvonne as well.

Following on from this came the planning to get Land’s End parkrun established.

We held a number of parkrun trials over the summer to test out various courses and see how many volunteers were needed. In August many of the volunteers at one parkrun trial came from Alverton, Rosmellyn and Sunnyside practices, with several staff also doing the parkrun. We celebrated the official opening of the new St Clare Medical Centre earlier that same day and were delighted that the then chair of the RCGP, Prof Helen Stokes-Lampard, was able to come to Penzance to open the new Medical Centre.  Helen came to the parkrun trial later that same day, both to act as official starter but also as a very willing volunteer (timekeeper). 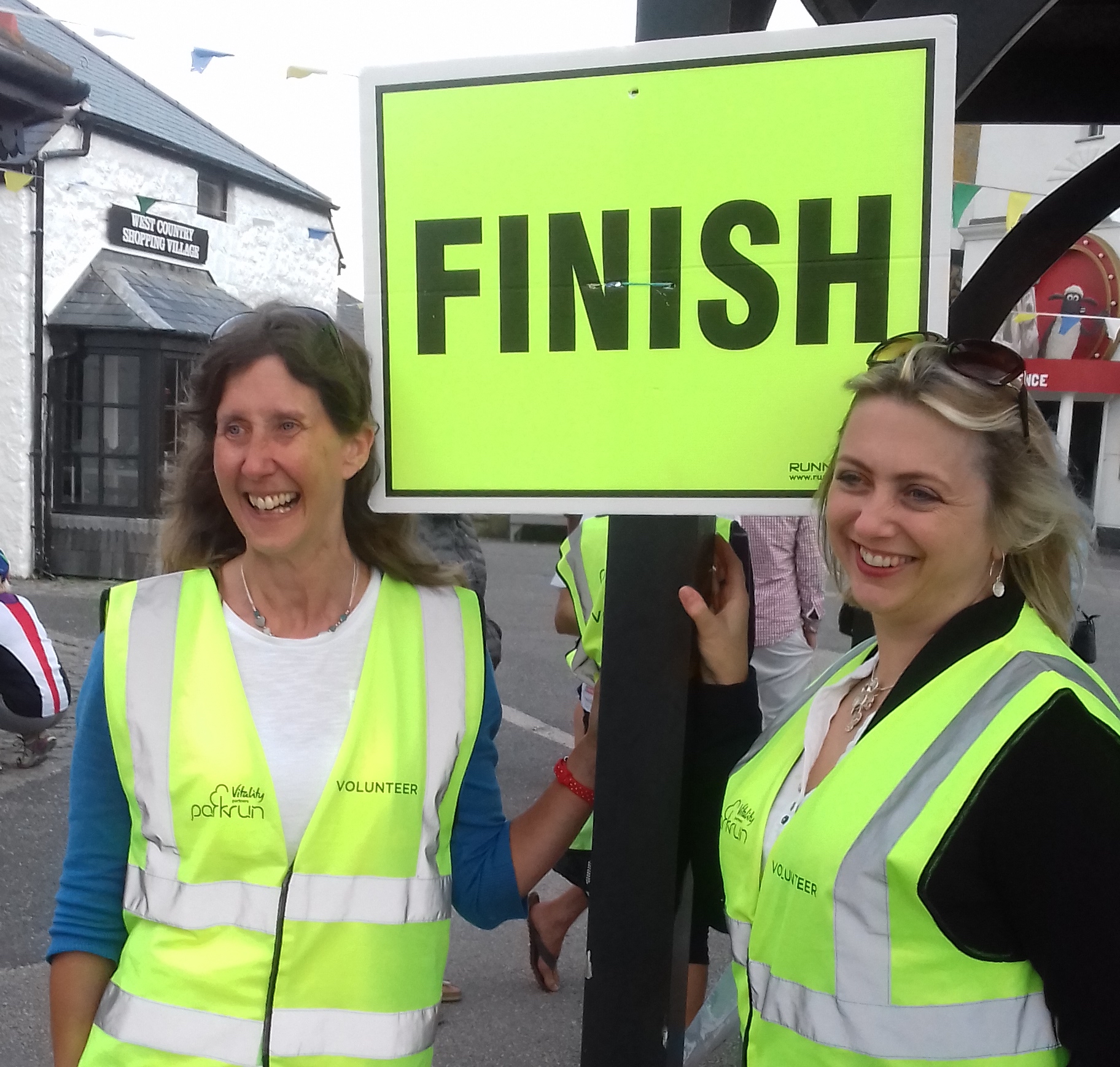 We held our inaugural run on 9th November 2019, it’s a simply wonderful course with spectacular views (I admit I’m biased – but I think it’s the best parkrun course I’ve done!) Alverton Practice have been involved in the preparation and are still involved now that Land’s End parkrun is actually happening.

Since the parkrun launched, a number of volunteers have come from the St Clare Medical Centre practices, and I shall become one of the Run Directors myself in December.

Find out more about how to become a parkrun practice here