The Fell family love running together. When son Isaac was diagnosed with Acute Lymphoblastic Leukaemia, the inclusive nature of parkrun made it a sanctuary for the Fells.

A place where the whole family could walk, run and volunteer together, celebrating Isaac’s recovery milestones along the way. Mum Liz tells us the family’s inspiring story.

Our family love running! It all started with my dad. As children we went all over the place watching him race and joining in with our local running club.

When my husband Simon first met Dad, as he stood on the roadside watching the London marathon in 1999, it became the start of Simon’s running. As time passed we all joined in! It was no surprise that our children also loved it.

As parkruns started to pop up in our local area, when we were free we would go along and join in. Dad was slightly later to the parkrun party but once he got himself along, it became his favourite place to be on a Saturday morning – running, volunteering or cheering others on.

Our boys were only little when we first started going as a family but they loved competing with each other and trying to beat their times.

In 2015, our eldest, Isaac, after he had only just turned 9 years old, managed an impressive 22:02. We didn’t realise it at the time, but that would be his last PB for a long time.

In fact, he would only do a few more parkruns and then not do any at all for some time. His last being the Boxing Day parkrun in 2015, which we did with lots of our extended family.

Isaac had been complaining of a little bit of back pain prior to that day and we’d even been to the doctor to get it checked out, but we all thought it was consistent with pulling a muscle.

Only three weeks later though, not only was his back pain more intense, resulting in him hardly being able to walk, but he had also become very ill, spiking a fever and ended up being admitted to hospital.

He underwent numerous tests and scans and then on the 2 February 2016 he was diagnosed with Acute Lymphoblastic Leukaemia. He started intensive chemotherapy treatment on a programme of treatment totalling three years and four months.

As a family we decided that we could use our running to raise money for childhood cancer charities, so that’s when #teamfell was born. parkruns played a huge part in our fundraising journey, not just for us, but for many of our friends and family also keen to join in. 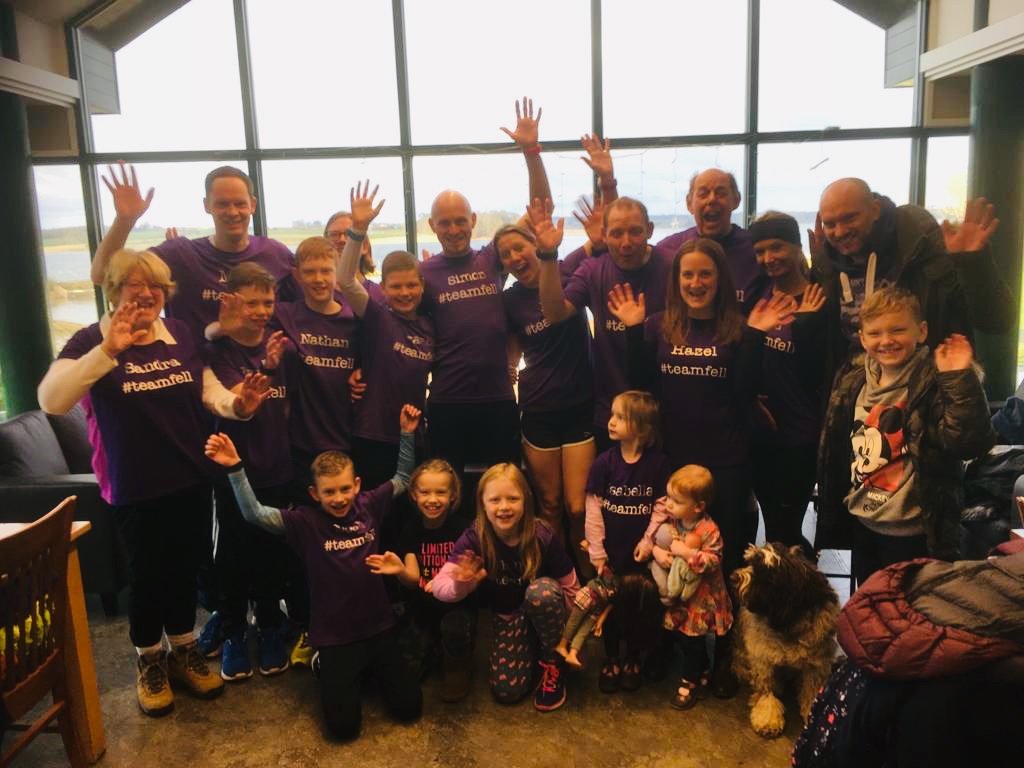 And as Isaac moved through different stages of treatment, there came a time when he was well enough to come and support, and then volunteer. Towards the end of 2016, although he was still on a daily, weekly and monthly cocktail of drugs including chemotherapy, it was less intensive, his hair started to grow back, he gained more energy, and was starting to do a little more sport.

Then came the return to parkrun and the new challenge, the PDPB – the Post Diagnosis Personal Best! Some days he would surprise us all with how quick he could run, other times he would feel upset and frustrated that he didn’t have any energy and had to walk.

But parkrun was a safe place for him to go along and just run, walk or volunteer depending how he felt. There were occasions when his friend Kyle would also come, and instead of running for his own time, would choose to run with Isaac and encourage him the whole way round. 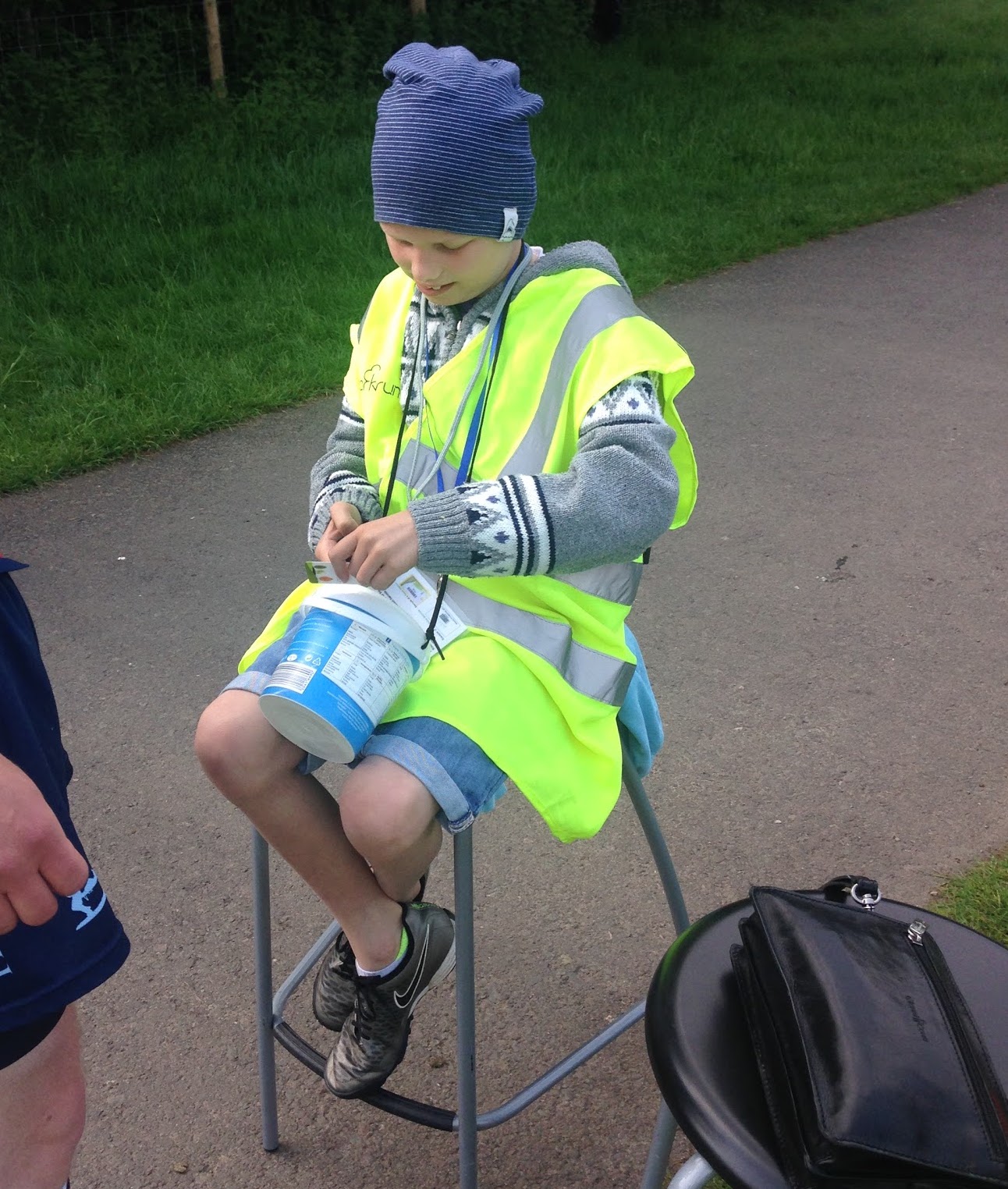 There were occasions the whole extended family would get together to run too, like on New Years Day 2019.

In May 2019 Isaac finally came to the end of his treatment. We didn’t know what the long term or permanent effects of the drugs he’d had would be. One of the drugs, for example, had caused him to suffer with drop foot changing his gait and causing him to trip more easily. We knew we would also need to be patient in waiting for his energy levels to change.

We spent the next months doing a few parkruns as easy runs together. Isaac would still have good days and bad days.

But then something remarkable happened.

We had a couple of Saturdays at the end of November free so did parkruns both weeks. The first week, Isaac got a PDPB!

The week later, he’d said he’d planned to jog it, but at 1.5k I could hear what I thought was him just behind me. Then at 2k he overtook me. Concerned he had gone too hard, I dragged myself along to ensure I stayed as near as I could in case he slowed and needed encouragement towards the end.

But he just kept going! I’m just pleased I managed to keep him in my sights as I can’t describe the emotions as I checked my watch when he neared the line, knowing not only had the PDPB gone again, but that an actual PB had gone too!

I burst into tears with sheer joy and pride at his determination and recovery, but who cares about time?! In that moment, I realised if I never got a PB again, it wouldn’t matter to me, if he was able to.

It is not just Isaac who has found parkrun a great place for recovery. Dad had to have a hip replacement earlier in the year and he spent many a week volunteering whilst he recovered just to be around at parkrun.

A lifestyle change for the better

Suffering a heart attack made Charlie Taylor realise he needed to make some lifestyle changes.   parkrun has become part of that change for Charlie. Here’s his story.   In 2016 I retired from being a HGV driver after nearly 40 years of tramping the roads of the North East and Scotland. I used to run…