Mental Health Nurse Jane Ryan registered for parkrun and then spent 18 months plucking up the courage to go.

Now a regular at Woodhouse Moor parkrun in Leeds, she has a message for all the other women out there thinking about their first parkrun.

I registered myself for parkrun but then didn’t have the confidence to go. I was worried that people would say something about me being slow, unfit and overweight.

About 18 months later I spoke to my daughter Kirsty about it. To motivate us, we decided to go to a parkrun that was a little further from home but in a beautiful place, and we chose Fountains Abbey.

When we arrived, everyone was so friendly and welcoming, smiling at each other and saying hello even though they don’t know you. Kirsty ran/walked with me the whole way round. I wasn’t last but then no one is ever last at parkrun.

I went to a couple of others with Kirsty and every one was the same, friendly and encouraging.

I started going to Woodhouse Moor parkrun on my own. I was very nervous being on my own but quickly realised I wasn’t and that I was with hundreds of others all enjoying the same thing. 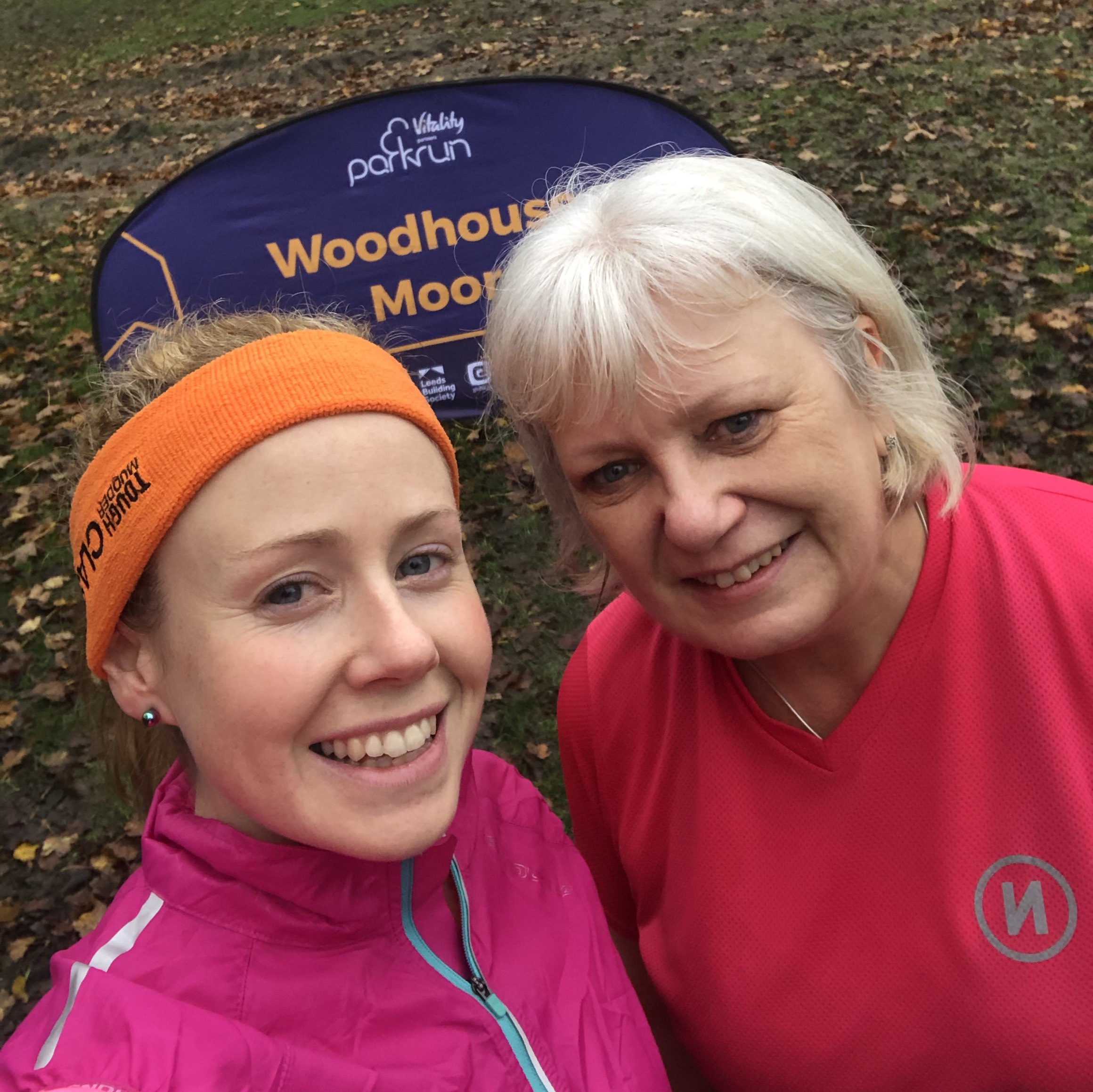 It’s one of the best things I have ever done. Every week people I don’t know encourage and praise me.

I have lots of great memories that are special to me like the first time I managed to run all the way without stopping to walk at all or when I ran just under 34 minutes. I was once running and struggling when Pritti, who I had never met before, asked if I was ok, she then ran with me for the rest of the way encouraging me.

One time near the end of my parkrun a man shouted go team red (referring to the colours I was wearing) and clapped and cheered.

I took my Mum who is 91 and we pushed her round in her wheelchair, she loved it too and now knows what I’m talking about. The memories I have are of just how lovely park runners and volunteers are, they help and encourage you all the time.

I tell everyone about parkrun, I’m a Mental Health Nurse and always tell people how good it is, it helps with exercise/increasing activity, improving mood, socialising and so much more. It’s not a race and you are never last as there is a Tail Walker. Everyone is so welcoming no matter who you are. You don’t have to go with anyone else, people will chat to you.

She is so right and that’s what I want to tell all the women out there. If you’re worried about going then find a friend to go with but you really don’t need to because everyone there is friendly. You could volunteer first to see what it’s like. Just have a look at the website.

I’m looking forward to August when my daughter is getting married straight after park run, both families are running with the bride and groom then it will be their ceremony.

To sum it up, no one else is bothered what you look like, it’s only you. Set your alarm and just go, don’t over think it ladies! You won’t regret going but you’ll regret how much you have missed by not going sooner.