Where I know I’m always welcome

For Kate Hodge, Saturday morning means Brandon Country Park parkrun! As a transgender parkrunner, Kate tells us about her transition to becoming the person she wanted to be, and the role parkrun’s inclusive environment has played in her ongoing journey.

Whilst I have known I am transgender since very early childhood, for most of my life it was something I wanted to hide rather than act on. Indeed, growing up in the 1980s and 90s, the idea of telling anyone was pretty much the last thing I ever wanted to do!

However, I met my amazing partner Katherine in 2001 and decided to tell her early in our relationship. Whilst she was incredibly supportive, we both agreed it was something we would keep private. But times, and people, change.

There is now much more awareness of, and information about, being transgender which has led to greater acceptance and support. Knowing that this was an important part of who I was, at the end of 2016 Katherine surprised me when she said she thought I should transition, that the timing was right and that she was happy for me to do so.

This started a six-month process of decision-making, research, discussions and many other changes, one of which was exercise. I had disliked team sports, such as football, at school and shied away from sports and exercise in general; something that continued throughout my adult life. Naturally I had the physique to match!

I had previously had the idea of wanting to be fitter and had even done some of the Couch to 5k plan, but found I lacked motivation. However, I now had an interest in my appearance whereas before I actively ignored how I looked as much as possible.

I had been given an opportunity to be the person I wanted to be and that extended beyond gender: I wanted to be healthier, happier, fitter and more in shape and I felt running was the solution. Knowing that when I made the announcement people were obviously going to look at me was a real incentive! I really enjoyed the motivation that having a target gave me.

My neighbour, Fraser, was a keen athlete and parkrunner and so since I’d taken up running, convinced me to come to parkrun. Up to that point, I’d only ever run solo. My first few parkruns were in my old identity and I then came out in July 2017. Although I was confident I was making the right decision, I had a lot of anxiety about my appearance and I intended to go back to only running alone.

It’s funny to look back now and think ‘why?’! Back then I was very unsure of how I’d be treated and accepted, and I was very self-conscious. I initially didn’t have the confidence to go out running even solo. But this was really just a period of adjustment during which I learnt lots.

Fraser was completely happy to continue going to parkrun with me after transition and I thought, well, what is parkrun if not a group of people like him?

But this meant tackling another issue: updating my parkrun profile.

I’d already started the administrative side of my transition and had been filling in forms, sending letters and certified copies of my change of name document and all was going smoothly. However, I was aware enough that gender in sport was an area not entirely as straightforward as gender on your bank account.

I did wonder whether it would even be possible to change the gender on my parkrun profile. I wondered if I might have to sign up for a new profile. When I logged in and found the gender option could be changed I was very pleased.

At that time the choice was male/female which is fine for many transgender people such as myself but can be a barrier for those that identify as non-binary.

I’m really happy that parkrun have now added additional gender options to the registration and personal profile pages to add support for non-binary identities as well as those who prefer not to say.

Despite that, I was still very nervous when Saturday came around. Katherine and our children were with me. I smiled a lot, got some photos (as proof I did it!) ran and guess what? Nothing bad happened! But having my family there was a safety net: it meant I didn’t need to interact with anyone else. The following week I decided to go on my own. 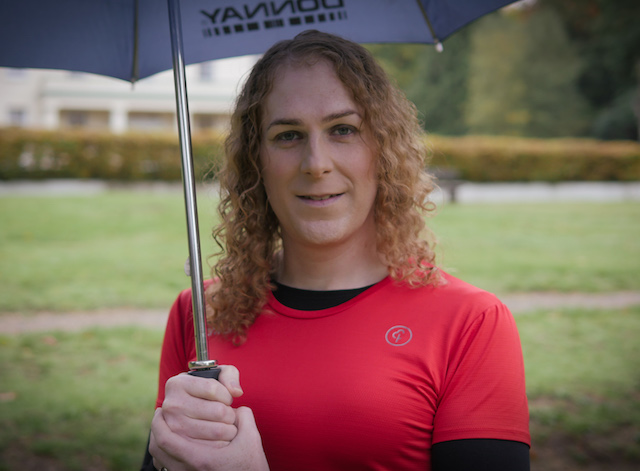 Everything about parkrun says ‘friendly’. The first thing you will see is people standing around smiling and chatting and people you walk past will always say “good morning” to you! Still, it took me a little while to actually chat to anyone.

The first person I spoke to, more than just to say thanks for scanning my barcode, was Pete Turner, who was one of the Event Directors at the time. He was friendly and welcoming, treated me entirely normally and put me completely at ease. I knew immediately I’d made the right decision. I cannot thank Pete enough: if there was a parkrun service award, I’d nominate him!

Everyone I spoke to at parkrun was welcoming and I felt completely accepted. During the course of 2017, I’d become the person I wanted to be, become more sociable and outgoing, found a new activity I greatly enjoyed and now had a wonderful group of friends to share it with. Brandon Country Park became my happy place and Saturday morning my favourite time of the week. 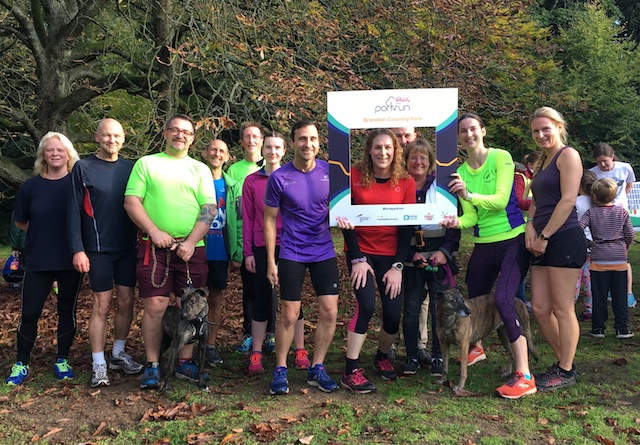 Through parkrun I soon joined the local running club, the Brandon Fern Hoppers, which several of my fellow parkrunners were members of. Once again, I found a fantastic group of kind, welcoming and supportive people and made many more great friends.

I’ve discovered the sense of achievement from running in various events, building up my distance to ultimately take on the Cambridge Half Marathon last year.

I’m not a competitive runner, but I do realise there is a wider debate about the inclusion of transwomen in sport. My personal opinion is that all women are different and being transgender is just one of many different aspects of a person.

When you worry you might be an outsider, it’s liberating to be part of a community where you feel totally included and accepted for who you are.

Over time I’ve become much more confident and my transition is going well. I do still feel anxious or nervous at times, but one place I never need to worry, where I feel I’m always welcome, is Brandon Country Park and parkrun.