Believing in myself again

Theresa Wraith parkruns as a way to manage her health and happiness following a second brain tumour diagnosis in 2016.

Now, Saturday mornings have become a time for the whole family to get together. Here’s her story.

I was initially diagnosed with a second brain tumour in 2016. After the surgery, I felt physically weaker. I’d done some 5k runs before, the odd 10k and once the Great North run. So I did have a level of fitness before my second brain tumour, but I needed to build it back up again.

I joined a local running group for women (although now we do have some men!) and we started doing a couch to 5k, then I heard about parkrun.

I thought it sounded like a wonderful opportunity. But I also thought it was only for fast people from running clubs, even though I was a member of a running group myself. I was nervous it would be beyond my capabilities, and that everyone would be whizzing around and I would get left behind.

But a group of us got together to support each other and we headed for Lister park in Bradford.

I couldn’t believe it.

That day was one of the best running experiences of my life. There were so many people of all abilities there. It was so diverse, so many communities and ages. The mix of people, and the absolute inclusivity, really struck me.

There were people in their 80s taking part alongside their ten year old grandchildren. It is just fantastic.

From our running group, I got involved in the launch of a local parkrun near to me in Bingley, Myrtle parkrun. As it was only a mile aware from where I lived, it felt so personal. Although it was much hillier than the parkruns I’m used to, so it was quite a challenge!

But it was lovely to see everyone come together, as locals, to create this great thing for our community. It was so rewarding.

We’re now parkrunning as a family most weeks at Woodhouse Moor parkrun in Leeds. I love the atmosphere there. My son is at Uni in Huddersfield but every Saturday morning he travels over to join us – which is quite the commitment from an 18 year old.

My daughter is 16 now, and she has even done two with me. It speaks volumes that parkrun is something a 16 year old girl wants to get up on a Saturday morning to do! 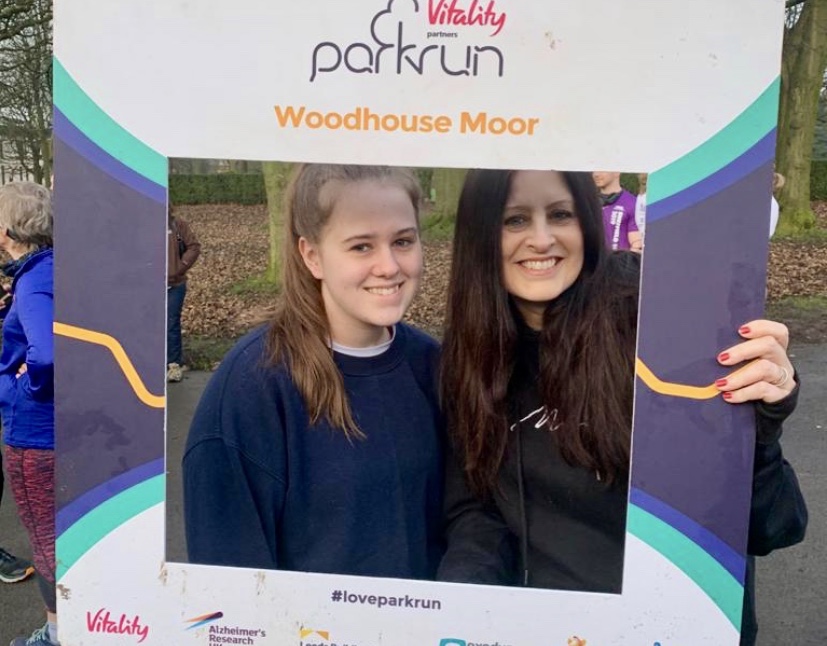 For us, it’s not about the time. It’s just brilliant to be there, just to be running and getting a little fitter, and spending time as a family. I work as a special needs teacher and have 3 children and 2 dogs, so time is precious.

After my brain tumour, it’s an amazing way for me to take ownership of my health and fitness. I want to take control going forwards, and whatever I have to deal with in the future, I strongly believe that if I am as fit as I can be then I am giving myself the best chance.

If you’re thinking about parkrun, do it. Don’t have any concerns about how well you can run, or what you’re going to look like. It really doesn’t matter.

The people are of all different abilities, there is no pressure to speed off and run around at the speed of light. There are so many walkers, you can stop, people take breaks, and everybody is so supportive.

My daughter had lost her fitness a bit after school, with not having PE classes as part of her weekly routine. She was really worried about going along but she has seen so many people just like her, it’s put her at ease.

We never focus on the time or the pace, it’s about taking part and not feeling judged. And then the great feeling you get afterwards!

When you have had a serious health diagnosis you start to question whether you’re capable.

parkrun has given me the confidence to believe in myself again.