Redcar parkrunner John Buckton credits parkrun with saving his life. Saturday mornings brought him new hope after a shock cancer diagnosis, and an unexpected redundancy aged 53. This is his story.

My story kind of starts back in 2009. This was the year my mam passed away and the company I had worked for all my life looked like closing.

I was 53 years of age and for the first time in my life I was facing redundancy. Having decided to seek qualifications in Health and Safety. I embarked on a course at my local college and 12 months later successfully passed my exams.

By then my fears had been realised and the company whom I had worked for closed, making me and hundreds of others redundant. However, after gaining my new qualifications I set about doing a bit of consultancy work with a number of companies in and around Redcar. Life was good and I enjoyed doing a bit of work as well as some real leisure time.

In early 2011, I awoke to find a real ache in my groin with a large swelling on my testicle.

Obviously I shrugged it off, thinking it was nothing. But four weeks later the ‘nothing’ was still there and I thought I best go and get it checked out.

Following an eventual exam and ultrasound my fears were confirmed shortly afterwards when at an appointment with the urologist. He confirmed it was either a sarcoma or a lymphoma and that I needed immediate surgery.

Five days later saw me awake from the surgery to remove the offending testicle and to be given the news shortly afterwards that the growth was in fact cancerous. It had been confirmed as Diffuse large B Non Hodgkins Lymphoma. As you can imagine my world fell apart, especially when you have to explain to your sons that you have cancer and you don’t know if you will survive.

Four weeks after my diagnosis, and after numerous biopsies and scans, I embarked upon nine months of chemotherapy and radiotherapy. This included four sessions of spinal chemotherapy, known as prophylactic chemotherapy, to suppress rogue cancer cells attacking my brain via the spinal column.

My new home became the Haematology Day Unit at the James Cook Hospital in Middlesbrough. I nicknamed the unit my lifeboat because without the care, detail to attention and excellent treatment I received I may not have been here to write this.

Not only did I get such excellent treatment but the support given to my wife and family was also excellent.

So where does parkrun come into all this?

Well it’s very easy. As a consequence of treatment, my weight ballooned. So yes time moved on, and I was very lucky and grateful to be given the great news, after five years, that I was all clear of the cancer, but I continued to put more and more weight on.

Having gone through this treatment I struggled at times with my inner self and yes I felt deflated, anxious, sorry for myself, worried. That inner gut feeling of “why me”, and your mind plays strange games with you. And yes I had some counselling for depression and anxiety. It wasn’t nice.

By this time my weight had reached nearly 22 stones and whilst on holiday with my wife I made the promise to her that I would lose weight.

With her support, I joined an exercise group and started to lose weight. Having tried running in the past, I made the decision to join the local parkrun.

I have never looked back.

September 2018 saw the start of parkrun for me. I was amazed at how friendly the parkrun at Redcars Lock park was. A lot of people said hello and even more said well done after I had finished. I was hooked.

My ritual for Saturdays had taken a massive change of direction. I couldn’t wait for the next parkrun. I found that with parkrun there are no winners and no losers. Everyone is a parkrunner.

It’s a social gathering where like minded individuals congregate on a Saturday morning to run three miles and enjoy a cuppa afterwards.

Everyone who does parkrun is a winner because everyone has the same mentality as everyone else.

parkrun literally saved my life. I am humbled to have met some really nice people who I can call my friends. 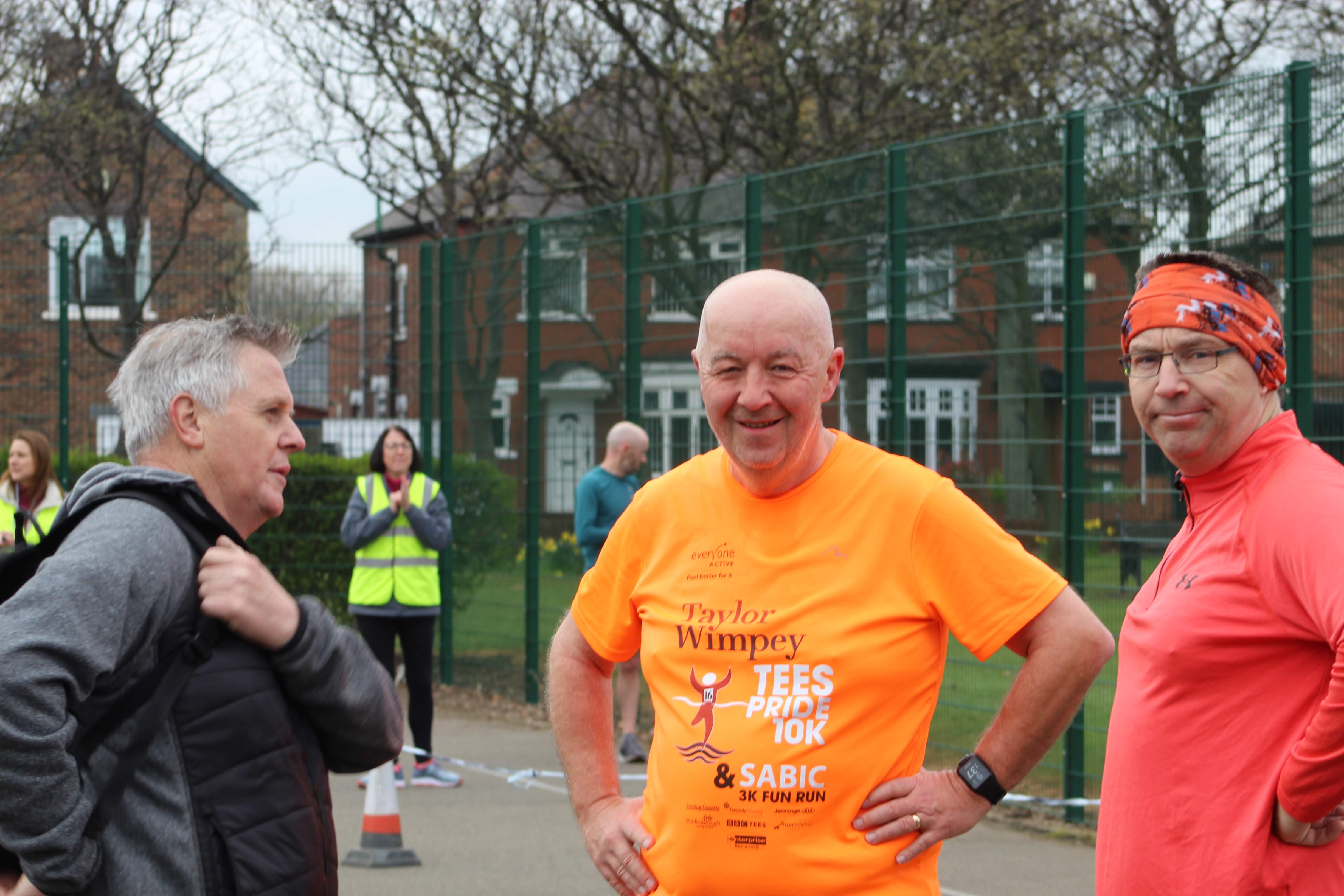 I feel so much fitter. I’ve now joined my local running club and found a socially wonderful group of people who run the trails during the week. Something I look forward to on a Tuesday evening.

There is an old adage of ‘from little acorns grow big oak trees’ and this is what parkrun has helped me achieve.

Who would have thought that at the age of 64, and having beaten cancer, that I have completed 47 parkruns, been 20 times a volunteer and loving every minute of it.

Never in my wildest dreams would I have also gone trail running with a head torch in the middle of winter. Believe me it’s fabulous.

I cannot thank parkrun enough. It’s given me a new life and hopefully even at my age given me new hope.

I thank everyone at Redcar parkrun for shining the light in my direction.

My special thanks to everyone who continues to inspire me at the parkrun and our social evening trail run. But more importantly to everyone who has believed in me thank you. You know who you are.