Participation is for everyone

Liz Shingler regularly volunteers at Hyde parkrun in Manchester. The team there are proud to have Dr Ron Hill MBE amongst their parkrun family.

Liz tells us how Ron continues to epitomise the spirit of parkrun, despite a diagnosis of Alzheimer’s Disease in 2017.

Less well known is that he is a long-time supporter of parkrun and a close neighbour of Hyde parkrun.

Ron has shown up at runs in the south Manchester area for many years as part of his 52 years and 39 days, running every day feat. Unfortunately, this came to an end when Ron was diagnosed with Alzheimer’s Disease in 2017 and was no longer able to run regularly, so imagine the delight when Ron recently turned up with his family at Hyde parkrun.

Ron decided to walk with the Tail Walker and managed two laps of our three-lap course. Despite his memory not being so good, and knowing he had not completed the full 5k, he said “Don’t put me on the results – I don’t want a DNF on my record”!

The happiest person on the day was Kate Leach, the Tail Walker who exclaimed “I don’t believe it’s him, I’ve got his name on every bit of kit I’m wearing!”.

Throughout the summer he came along, supported by his wife and son, and accompanied the Tail Walker around as much of the course as he could manage. He became something of a photo-opportunity for parkrun tourists and having spent a lifetime posing for pictures he was happy to oblige.  May, his lovely wife has told us he will be back to parkrun in the warmer weather.

Ron lives locally in Hyde and is a very well known figure in the area, having had a running shop in the town centre for many years. Many of our parkrunners know Ron personally through his involvement in the Tour of Tameside – a race comprising of 4 runs held on consecutive days – a trail run, a fell run, a half marathon and culminating in the Dr Ron Hill Hyde 7.

Ron was the organiser of the early events and is now its patron. Two of our regular veteran runners, Ray Howarth and Tony Hillier competed often with Ron in local races, once his international career was over and in honour of Ron becoming a Freeman of the Borough, Tony produced a book of photographs and memories of Ron’s local running which was presented to him at the celebration event. 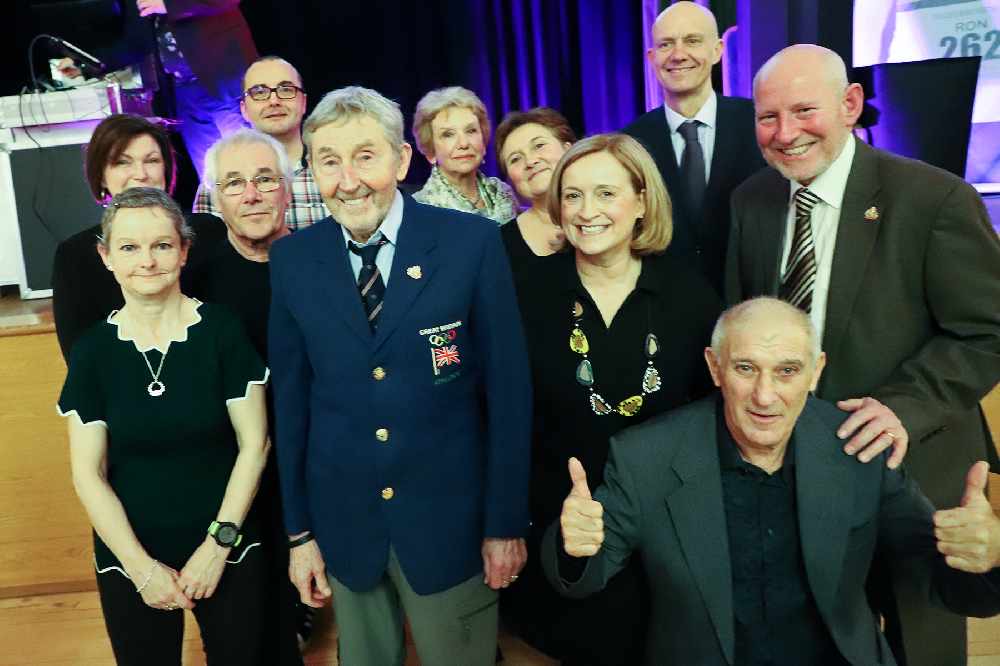 Ron’s continuing involvement with running and his participation in parkrun, despite his illness means a great deal to us at Hyde; it epitomises his spirit and the ethos of parkrun – that participation is for everyone and he continues to show us why he earned the title “The Runners’ Runner”.