Much more than running

After recently losing her mum, parkrunner Amanda O’Hare is challenging herself to run everyday in May.

Here, Amanda explains how it is going so far and how she was inspired by her parkrun anniversary.

My Mum passed away last month from cancer. We were all cared for by the incredible nurses from the local ‘hospice at home’ service during this difficult time. To help me get through my grief I decided to raise funds for them by running. I was undecided between running every day in May or running 100km in May so I’m doing both!

It’s a huge challenge but here I am. It is indeed helping me through it all and I’m finding new routes to explore most days.

This week I ran to Princes Park in Liverpool where I completed my first ever parkrun in 2018. It was my home parkrun for 18 months before I switched to Knowsley. While I was running in the park, I was thinking it must be about two years since I had experienced that first parkrun. When I got home I checked my emails. It was my parkrun anniversary and sure enough it had been exactly two years since that very first parkrun. What a coincidence! 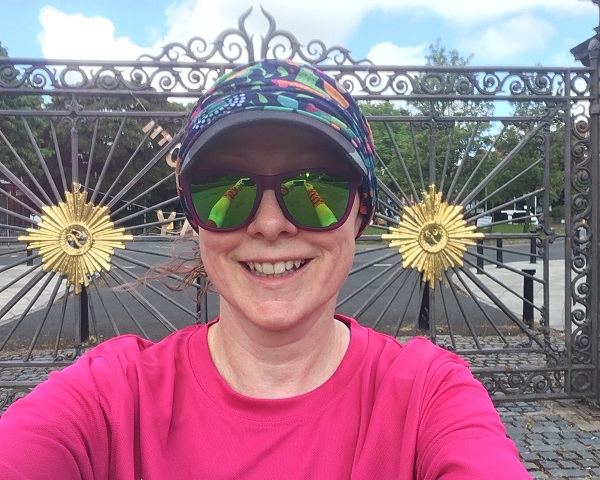 I can’t remember how I first heard about parkrun but I had a few friends who did it. I certainly had no idea how big it was and how easily I would become hooked.

I do remember for that first parkrun I’d printed and laminated my barcode (nerves) and I clutched that barcode at the start thinking it was going to be scanned at the beginning and the end! You only need it at the end by the way. There were about 300 people gathered at the start so I was wondering how they were going to get all that scanning done before 9am.

I got talking to a girl who was staying in Liverpool on a hen do and had left her fellow hens, in their beds in the hotel, to fit in a parkrun. I thought she must be crazy and couldn’t ever imagine myself doing something like that. Well that changed!

I was elated to complete that first 5k and vowed to try to keep improving my time, which is what kept me going back initially. Then, having made some great friends with fellow parkrunners, my motivation for parkrunning became much more driven by meeting up with the people and community. 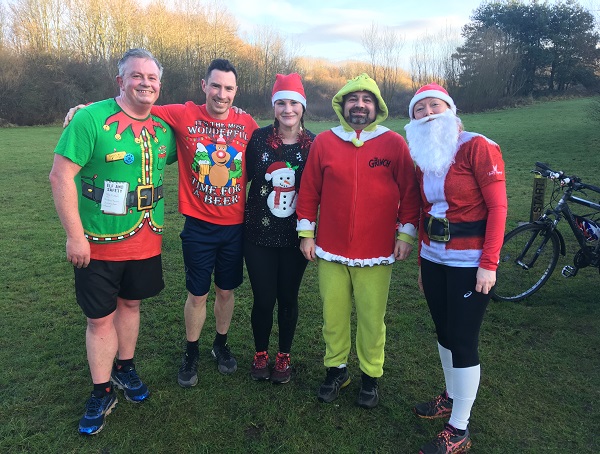 Committing to run every day in May, rather than just on Saturdays has been a bit different! My ‘100km in May’ runs have covered a variety of distances and routes. I’ve been averaging just over 6km per outing but I’ve run a couple of 8kms and the other day when I ran back to Princes Park I clocked up over 10km!

I am loving finding new routes from my house and beyond. My friends are enjoying following my adventures on social media. I post pictures and updates every day and I’m getting some really kind and motivational responses from people, including my parkrun family and Run Director. 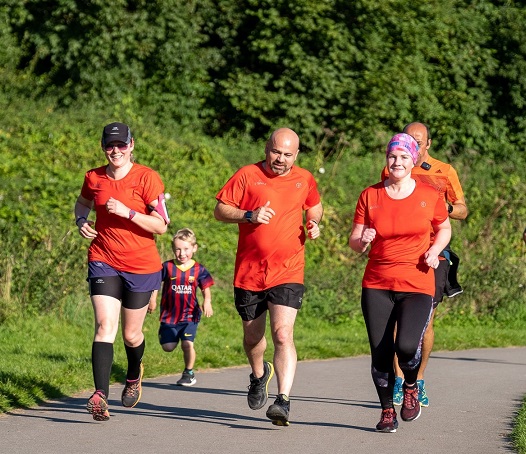 When Mum was cremated she had requested a ‘direct cremation’ so there was no one there and no service. I knew the best thing I could do would be to be out running at the time, so off I went to my favourite park, found my favourite spot and sat and listened to a favourite song. It was cathartic and I felt much better for having done it. I know this method of dealing with grief isn’t for everyone but, particularly without parkrun and other get-togethers happening at the moment, I found it really helpful.

I hope to be back at parkrun as soon as it’s safe to do so, it’ll be a really emotional return and I look forward to welcoming all the people who’ve found walking, jogging and running as a great form of exercise during the lockdown.

Every Saturday I’ve made sure I wear my 50 parkrun t-shirt. I even spotted someone else running in theirs while I was in Northumberland caring for Mum, which was great to see.

With summer just around the corner and temperatures soaring, it’s more important than ever to make sure children are keeping hydrated.   It can be challenging encouraging children to drink enough water, and that’s why our friends at Aqua Optima have put together some top tips on how to make sure little ones stay hydrated…

Lockdown home and away

Having discovered the joys of parkrun later in life, there was no way a few lockdown challenges were going to stop Hendrik and Simone Buzink from continuing their regular exercise. Hendrik tells us all about it.   My wife, Simone discovered the joys and benefits of running about 20 years ago. Then, on hearing about parkrun…