Back in love with running

Tina Smith picked up running again in 2013 but it was starting parkrun which really rekindled her passion and has led to many friendships and adventures.

Following my husband, Fred’s, stroke in 2013 we restarted our running, karate and gym sessions. We had been tootling about on our own and at times had bumped into a fellow runner, Roy Grew. He kept telling us that we should give parkrun a go.

On 20th September 2014 we did our debute parkrun at Wolverhampton parkrun in West Park, which became our home parkrun. It was something really different to what we had been doing ourselves and the atmosphere was so friendly. We were hooked. The true essence of parkrun is summed up by the memory I have of first meeting our friend Gobind. I was about to go for a warm up, pre-parkrun, when I was asked by a new comer if I knew the route. I told him to follow me and we did a lap (1 mile) of the route. After that he only had to follow it around for another 3 laps. I discovered afterwards that Gobind hadn’t ever run that far! Still, he did it, forgave me and we became great friends. At parkrun you connect and make friends. 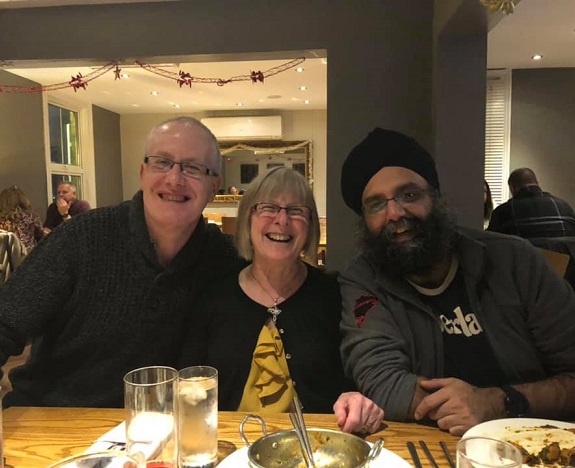 On 15th April 2018 I ran the Brighton Marathon in 04:24:01 and won the FV70 category, securing a place to run for England with English Athletics Association. 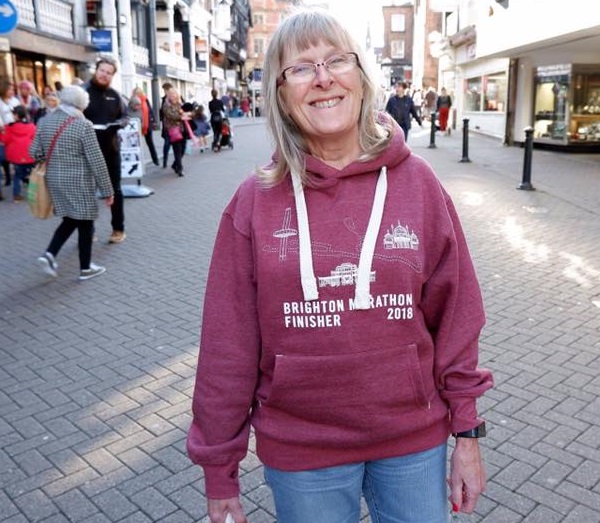 Then disaster struck in the summer when I had a knee injury. The fracture consultant said my running days were over. I was offered zero rehabilitation, so I had to work out that bit for myself! I was due to run in the Best Foot Forward race for charity a little while later. However, I was still on crutches. My husband, Fred and good friend Ian said they would run it for me, but I was determined to give it a go and at least try walking a few laps. I completed a few miles, with rests, on my crutches.

As my knee improved I was able to discard the crutches and started to jog/walk. parkrun was an invaluable tool in this as I was able to be with friends, but exercise at my own pace.

The happy outcome was that I was able to represent England at marathon distance in the Masters FV70 category, albeit slower than I had hoped for, but I finished it and my knee held up! 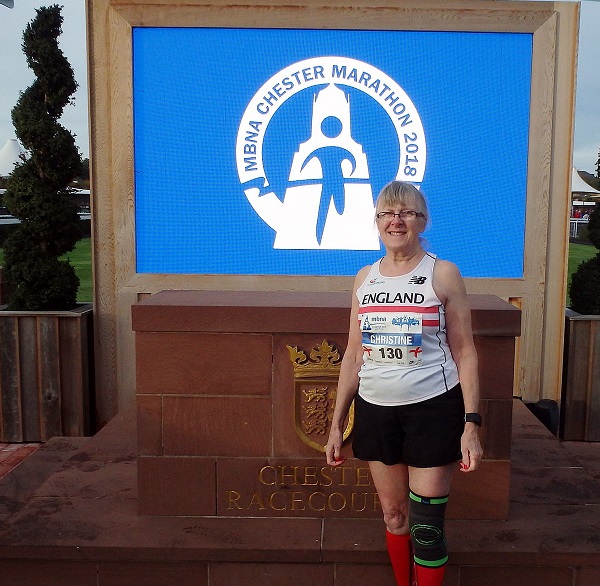 The following year I was able to qualify for England again in the 10K and Half Marathon races, then along came Covid and of course parkrun and races were all halted.

Through most of lock down I have been hampered by hamstring and back injuries. I have come to the conclusion that I am now going from the crinkly phase in my life to the crumbly phase! However, I am determined to regain my former fitness levels and (not)parkrun has given me the motivation to keep going. As frustrating as it is I still have the hope of being able to get back into my running, without injury, soon.

The parkrun community is a fantastic thing and is what made me fall in love with running again in 2014. Thank you so much for all your hard work and enabling us to still feel part of the family.

There will be light at the end of the tunnel, both for parkrun and my hamstring injury!