Ruth Robson used to go out early in the morning, to avoid being seen. She credits parkrun with helping her find the confidence to get out whenever she wants, including running a half marathon.

Ruth tells us about her parkrunning experience here.

My husband, Ste and I both started running in 2006 as a way to try and get fit. At first we just ran around the block. As time went on we both slowly built up the distance we could run. Ste got really into his running, joined a running club and lost a lot of weight. Then, when I was pregnant with our son, Joseph, in 2008, I stopped running and after he was born I struggled to find the time or the energy.

We first heard about parkrun through Ste’s running club. We went to York parkrun event number 5 in February 2012. Ste ran and I went along to watch with Joseph.

I wasn’t brave enough to parkrun myself but I did volunteer a few times while Ste ran. Joseph and I enjoyed marshalling, cheering on the parkrunners and high-fiving them.

Back then I didn’t feel confident enough to run in front of other people. I preferred to run early in the mornings when no-one would see me! Ste tried to convince me to try a parkrun, but it wasn’t until May 2013 that I finally agreed. I insisted on parkrunning at a different event from our home parkrun so that I wouldn’t see anyone I knew. It seems ridiculous to me now, but I was embarrassed about people seeing me.

I did lots of training runs before my first parkrun, which was at Whitley Bay near my parents’ house, as I was really scared of being last. Since then I’ve realised that it really didn’t matter (and now I’d never be last because there’s always a Tail Walker and sometimes that’s me!). It doesn’t matter if I need to walk the whole thing (and I have done many times), because I’m only competing with myself. Volunteering at York parkrun before I did my first parkrun really helped me to understand the ethos of parkrun and to see that there are lots of people there who look like me!

It took me until October 2013 to work up the courage to run at my home parkrun in York. I’ve now done 231 parkruns! It was going to parkrun that got me into running again and helped me find the confidence to run in the daylight. 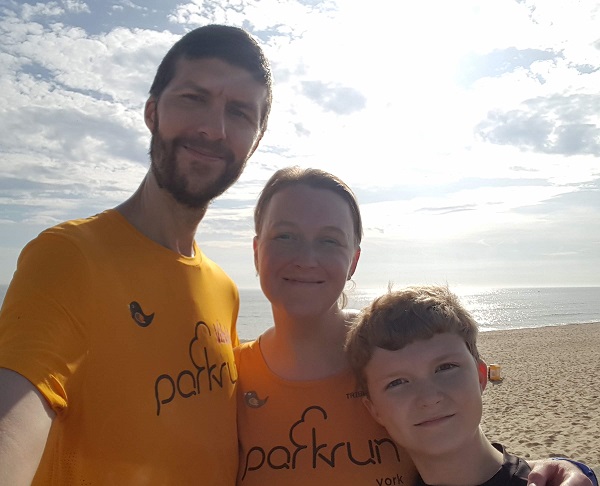 parkrun has always been a family affair for us. When my son Joseph was little we went to cheer on Ste and sometimes to volunteer. Joseph was a very popular mini-Marshal! Joseph did his first parkrun at Fountains Abbey when he was six and since then we have been to parkrun pretty much every week either running, walking or volunteering. Now Joseph is 12, he’s done 206 parkruns. 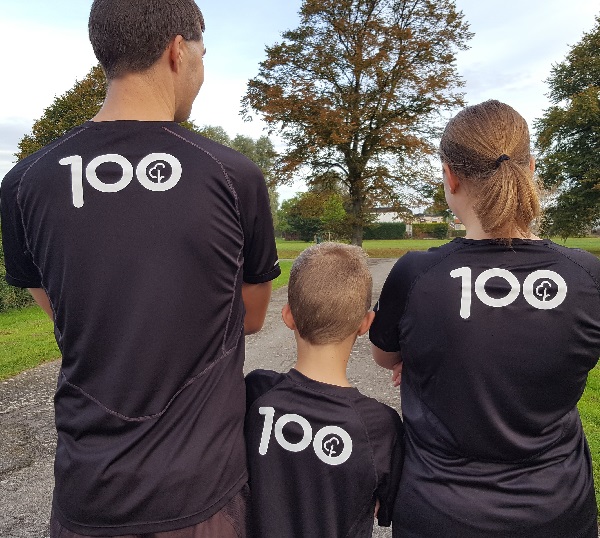 We love parkrun for the community. It is a place where everyone can be themselves and be welcomed. I love going to York and Heslington parkruns where I will always see someone I know. I also love going to a different parkrun, when on holiday or visiting friends and family, where there’s always a friendly welcome, encouraging cheers and plenty of people happy to talk about all things parkrun. Of course we all enjoy having a coffee and a cake at the end!

We were lucky enough to be at Bushy parkrun for parkrun’s 15th birthday and we got to meet Paul Sinton-Hewitt. It was a really special day that I’ll never forget and Bushy park is such a beautiful place. 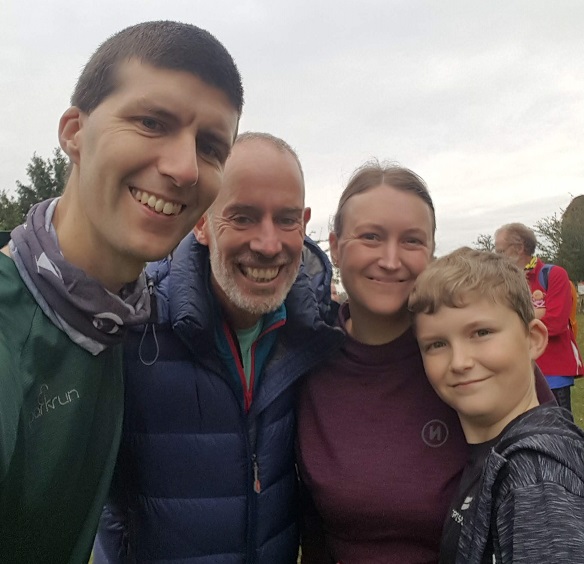 I’m so glad I have running in my life because, during the lockdowns, being able to go out for a run a few times a week has really helped keep me sane with the stresses of home-schooling combined with trying to work from home.

When we heard that parkrun was temporarily stopping, due to the pandemic, we promised ourselves that we would still run or walk 5k together as a family every Saturday. Sometimes Ste decides to run at his own pace, but usually we’re all out together. Ste and I also do one or two (not)parkruns on our own during the week; it’s great headspace time.

We have a 5k loop that includes a path alongside the River Ouse. It’s really pretty and I’ve enjoyed watching how it changes with the weather and the seasons. Our (not)parkrun last Saturday was very memorable due to the flooding in York. Our usual course was under water but the flooding had receded enough for us to safely walk along the embankment at Clifton Ings with the flooded River Ouse on one side, and a massive lake of floodwater on the other. The dawn light, mist and frosty grass made it look absolutely stunning. 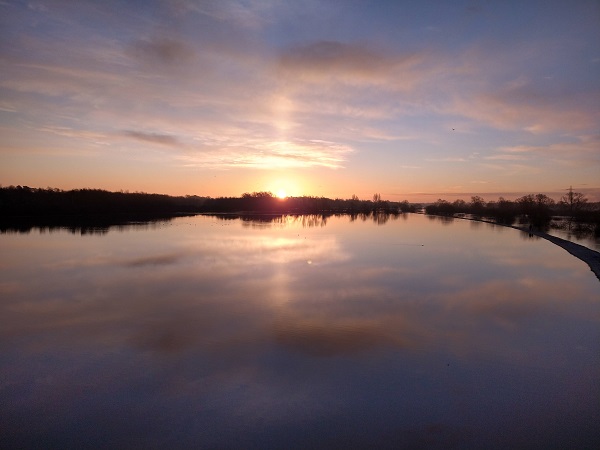 I’m really proud that there hasn’t been a Saturday since March 2020 when we haven’t either walked or run 5k. Sometimes when it’s been cold and rainy I’ve definitely been tempted to stay in the warm and dry! There’s been a few Saturdays recently when it’s been too icy to run so we’ve gone for a slow and careful walk / skate. I’ve clocked up around 90 (not)parkruns now and they have ranged in time from around 33 minutes to 72 minutes.

Finally, for anyone who is feeling nervous about running in public, I highly recommend trying a parkrun. For me it has been life changing. I’ve gone from only wanting to run around the block in the dark, to running two half marathons!

On Saturday 13 August we teamed up with The National Lottery to welcome some very special guests to parkrun.   Heaton parkrun in Manchester hosted the huge celebration of being active and social in the great outdoors, which saw Sir Chris Hoy, six times Olympic champion cyclist, Jonnie Peacock MBE, two times Paralympic champion sprinter,…

parkrun is the best way to spend Saturday morning – actively, smiling and spending time with others. Everyone, regardless of their physical abilities, will find a place at parkrun.   It’s also a place that other organisations can use to support their clients. For example, the ‘Misz-Masz’ group took advantage of parkrun to integrate children with…